Hello everyone and welcome back to another post by EonTalk! In today’s content, we’ll be taking a look at the top 30 actors and actresses of Korean cinema, based on brand ranking.


The list of top Korean actors that will be introduced today was based on the “Brand Reputation Report” by the “Korean Business Research Institution.” The latest report of Korean movie stars was from March of this year (2020), and the ranking was composed according to the criteria of consumer and brand index, from February 6th 2020 to March 7th 2020. To be exact, the brand rankings of the actors was based on factors such as the participation, media, communication, and community scores. (Sidenote* This post was first made into a video content that was uploaded on the EonTalk YouTube channel on June 9th 2020)

What does this mean? This means that the list was not based on my personal favorite Korean actors, nor does it mean that the actors here are the most famous or well-recognized either. I can’t stress enough that the ranking was derived from data provided by a separate institution. However, if you would like a list of my favorite Korean actors, please let me know and I can make a separate content on that.

Now that we have an understanding of the criteria of today’s list, let’s get right into the Top 30 Korean actors and actresses by brand ranking. 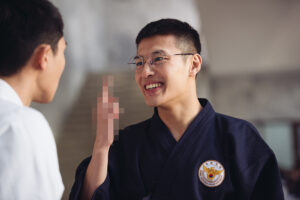 Starting off the list is the actor who completed his mandatory military service last year, Kang Ha-Neul. Mr. Kang had a participation score of 951,141, media score of 1,037,295, communication score of 864,058, and community score of 298,936, with a total brand score of 3,151,430. Some of my favorite movies Kang Ha-Neul starred in were the mystery thriller <Forgotten>, the action comedy <Midnight Runners>, and the comedy film <Twenty>. Kang Ha-Neul also starred in many Kdramas, most recently the incredibly popular drama “When the Camellia Blooms,” as well as “Misaeng” from 2014. 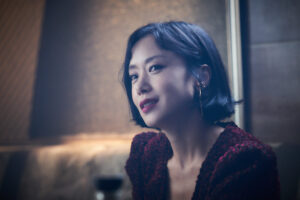 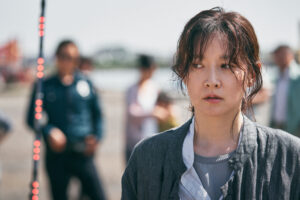 Next, the #28 spot goes to the actress Lee Young-Ae. Lee Young-Ae had a participation score of 1,175,615, media index of 679,875, communication score of 961,966, and community index of 383,416, coming to a total brand score of 3,200,872. Lee Young-Ae was in popular movies such as the romance drama <One Fine Spring Day>, the thriller <Lady Vengeance>, as well as the mystery war drama titled <Joint Security Area>. The actress most recently starred in the movie <Bring Me Home> which was released in November of last year. 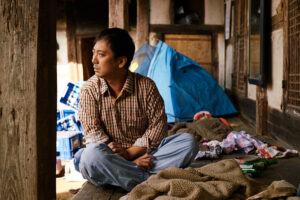 Moving along, the #27 spot goes to the actor that’s been receiving attention fairly recently, Park Myung-Hoon. Mr. Park had a participation index of 733,938, media score of 1,829,058, communication index of 448,148, and community score of 212,344, with a total brand index of 3,223,488. Park Myung-Hoon rose to fame with his memorable performance on one of the best movies of recent Korean cinema, <Parasite>. He also was in the relatively recently released film <Deliver Us From Evil>. Furthermore, Park Myung-Hoon was in the Kdrama “Crash Landing on You” as the uncle of Seo-Dan. 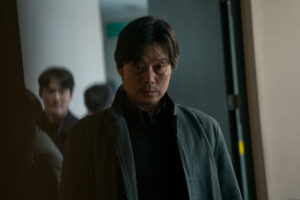 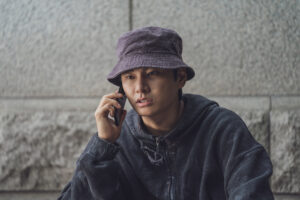 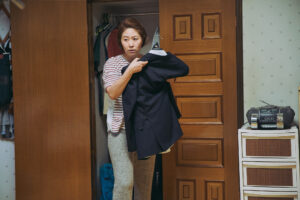 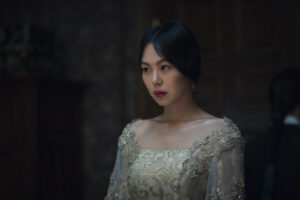 Next, the #23 spot goes to the actress Kim Min-Hee. Kim Min-Hee had a participation index of 1,672,647, media score of 783,993, communication index of 569,140, and community score of 456,764, coming to a brand index of 3,482,544. Miss Kim starred in the incredible film <The Handmaiden>, as well as the romance film <Very Ordinary Couple>, and the mystery movie <Helpless>. However, she hasn’t been seen in major feature films lately following her affair scandal with director Hong Sang-Soo. 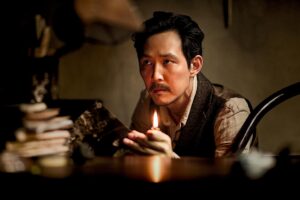 The #21 actor is Lee Jung-Jae. With a participation index of 213,684, media index of 316,239, communication index of 2,929,678, and community index of 429,528, Lee Jung-Jae’s total brand index comes in at 3,889,129. Mr. Lee starred in numerous films, too many to list them all, but some of my favorites of his works includes the action drama <Assassination>, action drama, the crime action drama <The Thieves>, and one of my personal favorite Korean movies <New World>. He also recently starred in the film <Deliver Us From Evil>. 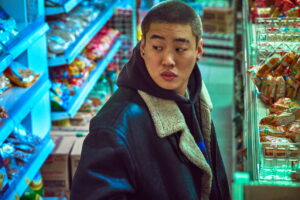 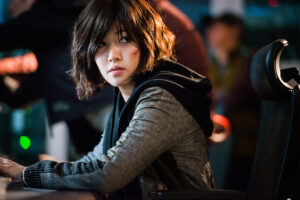 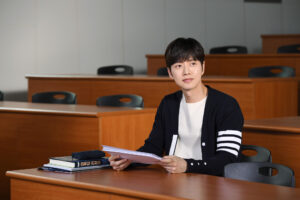 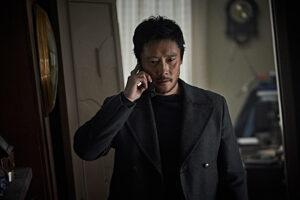 The #16 spot is without a doubt one of the most well known and talented actors out of Korean cinema, Lee Byun-Hun. This veteran actor had a participation score of 766,777, media index of 1,396,269, communication score of 1,941,842, and community index of 577,104, equalling to a total brand score of 4,681,992. Mr. Lee is another actor who has an extremely long list of films, but a few of my favorites includes <The Man Standing Next>, <Master>, and <Inside Men>. Moreover, Lee Byun-Hun has numerous Kdramas as well, including “Mr. Sunshine,” “Iris,” and “All In.” An upcoming movie of his is a film titled <Emergency Declaration>. 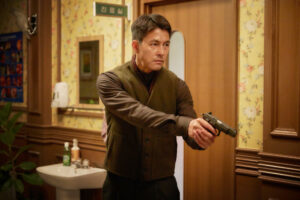 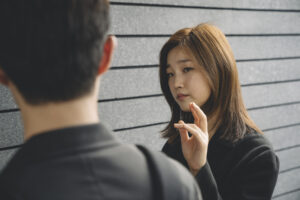 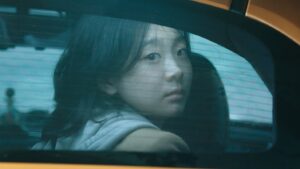 And now, the top 10. Which Korean actors and actresses were ranked the highest according to the Brand Reputation Report? The #10 spot goes to the actress Kim Da-Mi. Kim Da-Mi had a participation score of 2,475,450, media index of 914,528, communication score of 2,119,350, and community index of 751,872, coming to a brand score of 6,261,200. I first remember seeing this amazing actress in the mystery action film <The Witch : Part 1. The Subversion>, and she’s recently gained even more popularity by starring in the Kdrama “Itaewon Class.” I was really surprised to learn that she’s fairly tall, standing at 170cm. I guess I didn’t realize she was so tall because she was standing next to Park Seo-Jun and Ahn Bo-Hyun, who are also two really tall actors, standing at 185cm and 187cm, respectively. Miss Kim Dami has an upcoming movie titled <Hello, My Soulmate>. 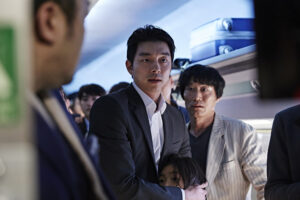 The next actor is another movie star that has immense international popularity, Gong Yoo. Gong Yoo had a participation index of 578,425, media index of 1,823,619, communication index of 1,920,300, and community index of 2,002,488, totaling to a brand index of 6,324,832. Starring in the action drama <The Age of Shadows>, the action thriller <Train to Busan>, the action drama <The Suspect>, and many more, Gong Yoo has equally great Kdramas, such as “Guardian: The Lonely and Great God” and “Coffee Prince.” 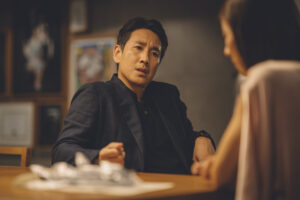 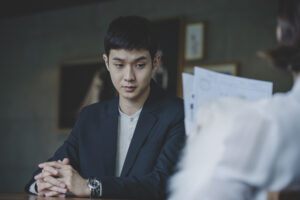 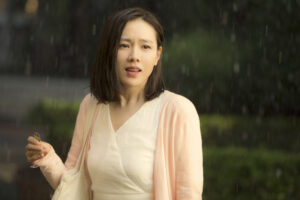 The #6 ranked movie star is the actress that’s an icon when it comes to the romance genre, Son Ye-Jin. Son Ye-Jin had a participation score of 2,095,183, media index of 1,004,659, communication score of 1,703,464, and community index of 1,845,008, meaning her total brand score was 6,648,314. Some of her movie works includes the crime film <The Negotiation>, the thriller <Blood and Ties>, and the action drama <Tower>. As mentioned, Son Ye-Jin is an icon for romance films and dramas. Her romance films includes <Be With You>, <Spellbound>, <My Wife Got Married>, <A Moment To Remember>, and <The Classic>, and dramas includes two of my favorite romance kdramas “Crash Landing on You” and “Something in the Rain.” 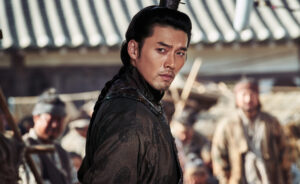 Coming in at #5 of the best Korean actors and actresses by brand ranking is Hyun Bin. With a participation index of 3,010,600, media index of 1,191,916, communication index of 1,857,814, and community index of 1,349,216, Hyun Bin’s brand index came in at 7,409,546. Some of his films includes the zombie action film <Rampant>, the action movie titled <Confidential Assignment>, as well as the crime drama that he co-starred in with the previously mentioned Son Ye-Jin, <The Negotiation>. Not only this, but he starred in a recent Kdrama with Son Ye-Jin as well, titled “Crash Landing on You,” and there were news of their love scandal last year as well. Two other Kdramas Hyun Bin starred in were “Memories of the Alhambra” and “Secret Garden,” and he’ll be starring in the upcoming film <Bargaining>. 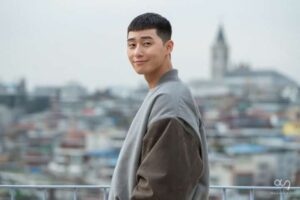 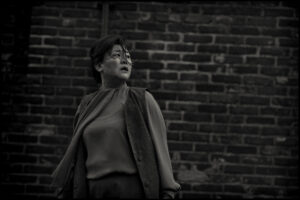 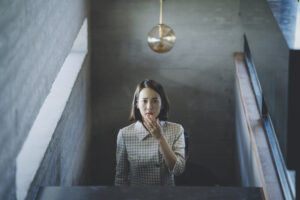 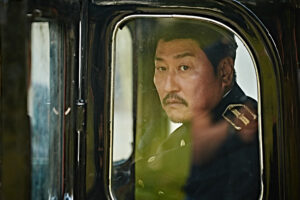 And finally, the #1 actor. The #1 actor of Korean cinema according to brand rankings goes to one of the most recognized movie stars of Korean films. Mr. Song Kang-Ho. Song Kang-Ho had a participation score of 978,584, media index of 4,436,670, communication score of 2,663,416, and community index of 2,899,624, which means his total brand index came in at a whopping 10,978,294. You may disagree with the other rankings, but you have to acknowledge that Song Kang-Ho deserves this #1 spot, especially of recent times. 2 most recent films of his are <The King’s Letters> and <Parasite>, but practically everything he’s in is good. Song Kang-Ho starred in <A Taxi Driver>, <The Age of Shadows>, <The Throne>, <The Attorney>, <Snowpiercer>, <The Drug King>, <Secret Reunion>, <Thirst>, <The Good, The Bad, The Weird>, <The Host>, <Memories of Murder>, the list goes on and on. He also has great chemistry with arguably the best director of Korean cinema, director Bong Joon-Ho.

And that’s it for today’s post on Top Korean Actors by Brand Ranking. Please remember that this list was based on the “Brand Reputation Report” by the “Korean Business Research Institution,” and not by my personal favorite actors. If you would like a separate content of my favorite Korean actors and actresses, leave a comment requesting so, and I’ll prepare a separate post on that. Also, if you would like to further communicate with me and other K-movie fans, join the EonTalk Telegram, and support me on Patreon if you could take the extra step to supporting EonTalk.