Hello everyone! Welcome back to another movie review by EonTalk. Today, we’ll be taking a look at the recently released Korean film, <The Golden Holiday>. 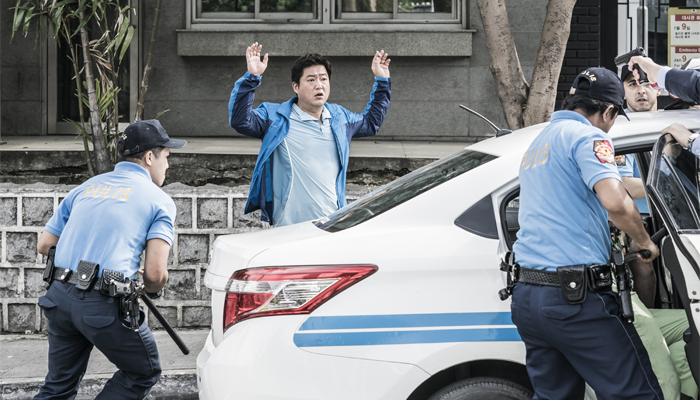 <The Golden Holiday> was directed by Kim Bong-Han, who also directed <The Hero> and <Ordinary Person>. This was another film released during the Chuseok, or Korean Thanksgiving, holiday season, and was actually supposed to release earlier this year, but was delayed a few times due to the ongoing pandemic. Alongside <Pawn>, this was a movie I was very much looking forward to, as it has a list of some great actors: Kwak Do-Won, Kim Dae-Myung, Kim Hee-Won, and Kim Sang-Ho. Before diving deeper into the review, let’s first take a look at the synopsis of <The Golden Holiday>.

Officer Hong Byung-Soo is a cop at the Daecheon Police Station, a town in the countryside of South Korea. He and his family have never gone abroad before, and so they decide to take a vacation to the Philippines. With high anticipation, they leave for their trip, but that excitement is short-lived, as he gets involved in a set-up led by the crime organization leader, Patrick. By getting swept up in the trap, Byung-Soo becomes a murder suspect, and in order to clear his name, he teams up with his hometown friend, Man-Chul, to investigate the case. However, things don’t go very smoothly, especially as his old-time friend, Yong-Bae, gets involved. Will Byung-Soo be able to safely return to Korea?

<The Golden Holiday> reminded me of two other recently released films: <OK! Madam> and <Pawn>. First, it reminded me of <OK! Madam> because of its opening sequences. Much like <OK! Madam>, <The Golden Holiday> gives you that feeling of going on vacation in the beginning. I’m sure a lot of people are feeling very suffocated because they can’t travel (I know I am). However, with movies such as this, you’re able to get a slight feeling of leaving on vacation, and relieving stress. By placing yourself in the shoes of the characters, it somewhat gives you the impression of leaving on a holiday.

Furthermore, <The Golden Holiday> also was similar to <Pawn> in several ways. One way the two movies were similar was that it both had great, natural acting by the main leads. The actors in both films are well-recognized individuals in the Korean film industry, and one can see why, as they executed their performances very naturally. 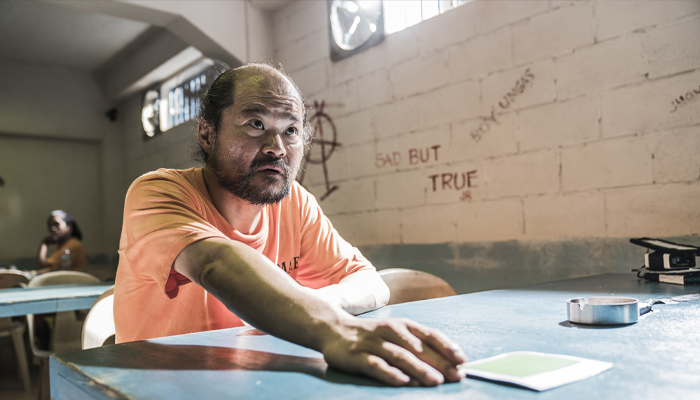 Also, both movies had a little girl character, and both were very cute. However, the little girl played by the child actress Lee Han-Seo in <The Golden Holiday> was cute in a different way; it was her comedic expressions and accent/dialect that was very adorable.

The last mutual element between <The Golden Holiday> and <Pawn> was that actor Kim Hee-Won starred in both movies. However, he plays two very different roles. I mentioned in my review of <Pawn> that Kim Hee-Won plays a character that’s opposing of his usual roles in that film. In <Pawn>, Kim Hee-Won plays a more soft-hearted individual, whereas in <The Golden Holiday>, he plays the more typical antagonist role he usually plays. 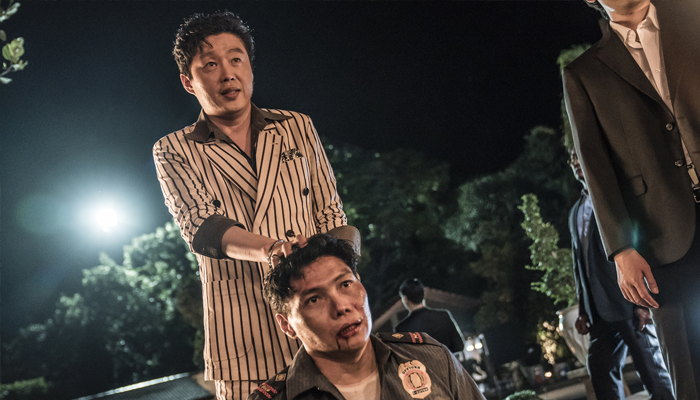 The BIGGEST downfall of <The Golden Holiday> was that the movie was all over the place. It tried to do too much, and I honestly can’t classify if the film was a crime, action, comedy, drama, or an adventure movie. But one thing’s for sure: it didn’t get any of those right. It absolutely has no identity, and there also are parts that don’t make logical sense. Not only this, but it had one of the worst endings I’ve seen recently.

Another huge negative of the movie was that it tried too hard to be funny. Now, there are some humorous parts, such as when the two Filipino actors, Christian Villete and Fredie Abao, first make their appearance. However, even this became overdone as the movie progressed. Their characters became very exaggerated and forced. Even beyond this, the comedy in <The Golden Holiday> was just overall mundane. I don’t think I genuinely laughed once; they were more of like pity chuckles. Am I being too harsh? Maybe, but if you watch the film, you’ll know where I’m coming from.

<The Golden Holiday> is set in the Philippines, and majority of the filming took place in the Philippines. I haven’t been to the country, so I can’t personally say how much the movie reflects reality. However, it doesn’t shine the country in the brightest light. It highlights some of the negative parts about the country, such as pickpocketing and corruption, and can be seen/taken as offensive to some Filipino people. On the other hand, there were also other parts that showcased the country and its landmarks as well.

<The Golden Holiday> was what happens when you take great actors, but combine them with a poorly written, poorly executed narrative. The film was a total waste of the actors’ talents. It could’ve been so much better. Maybe because I had high hopes for the film, but I was ultimately very disappointed with the movie. At one point, I just wanted the movie to end. All in all, I can’t say I recommend watching <The Golden Holiday>. 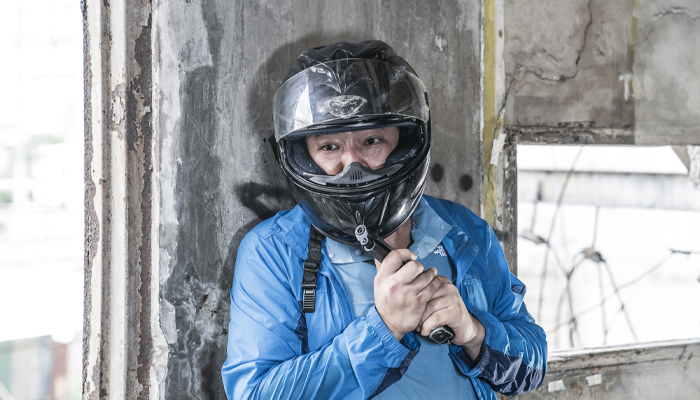