“We live amongst deranged people…”

Man oh man was this an unexpected thrill ride. I didn’t’ have high expectations for <The Witness>, as the director is not very well known and the film wasn’t promoted as much as the other two films that were released earlier in August, <Along with the Gods: The Last 49 Days> and <The Spy Gone North>. However, I enjoyed this the most amongst the three. Brace yourself for some action-packed suspense in this new Korean thriller. 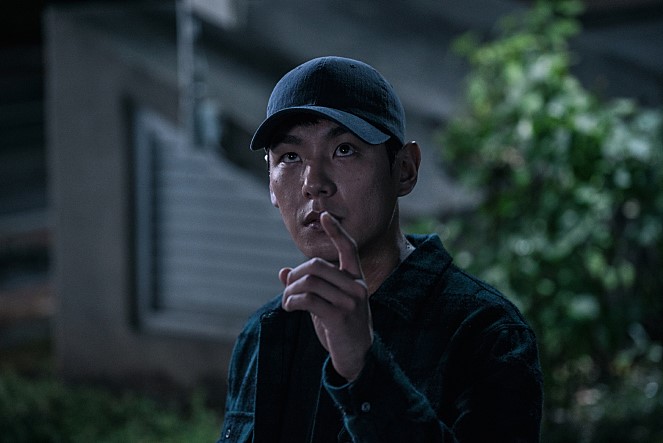 <The Witness> was inspired by a murder incident that took place in New York City in 1964, called Murder of Kitty Genovese. The film took influence from the event and adapted it with the current social problems of Korea, and highlighted the “bystander effect,” which was induced by the original murder case. This isn’t the only social problem the movie addresses, however, as there were multiple significant social issues presented that Korea is facing.

The film was made in 2017, but distributed and released in theaters on August 15th, 2018. Directed by Jo Kyu-Jang, it features Lee Sung-Min as the head of a household that must protect his family from a serial killer, played by Kwak Si-Yang. The director isn’t very famous, as I haven’t watched any of his previous films and the ratings for those movies aren’t very good- <Mood of the Day> and <A Camel Doesn’t Leave Desert> were the previous two movies he directed, in case you were wondering. However, maybe because I wasn’t expecting much, the film surprised me with its ability to keep me at the edge of my seat.

In the middle of the night, Sang-Hoon hears a scream outside his new apartment. He goes out to the balcony to see what’s going on, and he witnesses a murder scene taking place. As he gets his phone out and dials the police, he makes eye contact with the killer, and sees the murderer pointing and counting the floor he is on. He has just been marked as the next target. The husband and father of a daughter must now protect his family, and the only way believes he can do this is by not saying anything. With the criminal watching his every move, and the cops urging him to speak up, Sang-Hoon is awake in a living nightmare.

<The Witness> was a thriller genre movie, and oh boy did it thrill. The suspense was incredible throughout the film, and there were many moments where I could feel the chills running down my back. I don’t want to get too specific because I don’t want to spoil it for you, but the scenes of the murderer chasing down his victims, and the spine-tingling quotes were just a few of the many suspenseful and thrilling scenes of the motion picture. I think this was one of the few movies that I’ve watched in theaters (that wasn’t a horror film) where the audience screamed and were genuinely scared and creeped out. Must say, the audience reaction added a more entertaining aspect to the film.

Furthermore, the start of the film was incredible in my opinion. With silence running through the theater with no music, the pictures on the screen were mysterious and creepy (in a good way). After this, the rest of the film had a few jump scares, which I’m not the biggest fan of, but they were manageable. Also, the music production was done very well. Watching <The Witness>, I really appreciated the importance of background music, and realized how much sound adds to the quality of the film.

One prominent element of this movie that I adore is its message(s). The main message was, like I mentioned above, based on the bystander effect and how if there are people around, a person is less likely to help a victim out. And I think this is a huge issue in South Korea. Everybody thinks Korea has a collectivist culture, whereas the US has an individualist one. However, I believe this is the total opposite when it comes to societal issues. I find that Koreans can be very self-minded and close themselves too much from people they do not know. As a society, I think Americans are a lot closer with each other and have a stronger community bond. 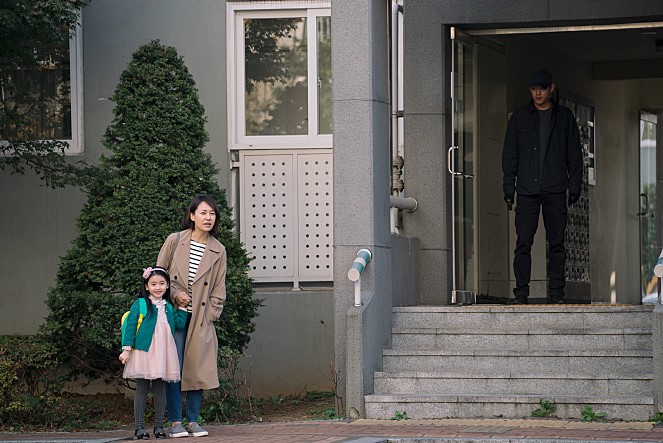 <The Witness> did a fantastic job calling out and portraying how even when an innocent young girl is being brutally murdered, nobody is willing to step forward and help out. And its not just keeping silent that’s the problem; it’s the act of going out of their way to stop the witnesses from sharing the information. You may think, “that’s just the case because it’s a movie, it’s not like that in real life,” but I think it’s actually very plausible (I mean, it is plausible since it’s actually based on a true event). Cases of ignoring incidents is actually not uncommon to see in the Korean society, as people usually don’t intervene in a fight, abusement, harassment, assault, etc. There’s even a saying, “don’t intervene in a married couple’s relationship.” Moreover, I believe the last scene of where Sang-Hoon stands outside the apartment and screams, “Help! Somebody save me!” gave a great ending message. After the film, it left a lot to discuss about.

The final recognition I would like to give is Lee Sung Min and his ability to act. He was incredible in <The Spy Gone North>, playing a North Korean official, and I was curious as to how he would digest the role of the main character in this film. The two characters couldn’t be more different, but Lee Sung Min showed his amazing talent and skills as an actor, and proved the wide range he possesses.

The story was slightly predictable in some ways. There weren’t many mind-blowing twists, and the storyline wasn’t out of this world. It was generally foreseeable and the narrative was pretty commonly seen in thriller movies. But despite it being generic, I think it did a great job executing the suspense.

Near the end, the plot had a strange and bizarre conclusion. It was kind of out of nowhere, and definitely a WTF moment. The ending, I believe, could’ve been better.

Maybe it’s because I had average-to-low expectations of this film, but I enjoyed <The Witness> very much, and came out of the theater saying it’s one of the better movies released that I’ve seen recently. I would highly recommend to watch.