My previous blog post was a review on <The Spy Gone North>, and I can’t help but compare these two movies because they are both about the South-North Korean relations. While <The Spy Gone North> was based on true events about the events that took place in the 90s between the two countries, <Steel Rain> is a fictional story of what could happen, taking place in the current period. That being said, although the two movies have different time periods and storyline, the overall theme of the two Koreas’ tense relationship is mutual, and thus, if I had to choose between the two, my choice of watch would be <Steel Rain>. 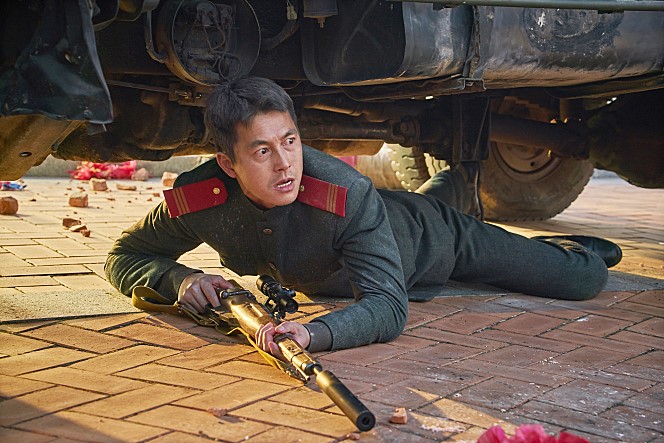 I think everybody that’s living in Korea, at some point in their lives, have had the thought of what it would be like if an uproar were to take place in North Korea. And <Steel Rain> did an incredible job taking that thought and visualizing it into a movie. The film was directed by Yang Woo-Suk, who also directed the 2013 movie <The Attorney>, and the main cast members of Jung Woo-Sung and Kwak Do-Won were amazing. The chemistry between the two actors, their portrayals of the main characters, and just their acting in general were excellent.

The film was released in December of last year in Korea, and is currently available on Netflix in both America and Korea. And I must say, it is one of the better Korean movies on the site (I just wish Netflix would fix their audio problems).

A coup has arisen in North Korea. North Korea has declared war on South Korea and the United States. The North’s #1, aka Kim Jong Un, has escaped to the South with Um Chul-Woo, a North Korean National Security agent. With the injured “Supreme Leader” in the South being protected by Um, and South Korea proclaiming martial law, Um and Kwak Chul-Woo, a chief of foreign security affairs for the ROK, must work together to prevent a nuclear war breaking out.

In my <The Spy Gone North> review, I mentioned that the movie was hard to understand with all of its historical and political references. However, <Steel Rain> did a much better job in helping people like me get in the loop before the story started. There was a scene in the beginning of the film of the main character lecturing in a university classroom on the modern Korean history and its political climate. It was a superb way to provide background information to the audience so that they have some reference before going too deep into the film.

Also compared to <The Spy Gone North> (I try to stop comparing the two because they have two very different settings but its hard not to), it was a lot more entertaining for me because it was a lot more fast-paced, and had a lot more action. More action doesn’t necessarily mean better film; it needs to be executed very well. And very well did they execute the action sequences in <Steel Rain>.

I also applaud the acting. Kwak Do-Won fit perfectly into his character, and the chemistry he had with Jung Woo-Sung was amazing. In addition, Jung Woo-Sung’s portrayal of the North Korean agent was phenomenal. It felt authentic, especially his wonderfully executed North Korean accent.

Once again, the English acting was horrible. Kwak Do-Won’s heavy accent was gruesome to go through, and the actress that played the American CIA agent did a mediocre job in acting in general. As I mentioned in a previous review, I have yet to see a Korean film with good English acting. It seems like a zero-sum game of acting vs. English; it’s one or the other, can’t have both.

The movie itself was pretty long, with a 139-minute running time, which can be too long for some audiences. And I have also seen other reviews saying that it gets slow and boring in the middle. However, I thoroughly enjoyed the film and the action sequences made up for the slower parts. Oh, and the visual effects were pretty bad… I wasn’t expecting any Hollywood-class CGI, but still… no…

In certain parts of the movie, I felt like sense of reality was forgotten. By this I mean I don’t think some of the events would’ve occurred if it was in real life. For example, giving a gun to a North Korean agent as a South Korean officer because they had a minor “bond” seems unlikely. Having gone through nearly 2 years of military service in the ROK Army, I learned to always second guess the inherent intentions or actions of a North Korean soldier. You have to keep in mind they have been brainwashed and actually believe the Kim dynasty are Gods. Even I know this, but for a South Korean chief in foreign security affairs to hand a North Korean a gun? I highly doubt this would occur in reality. Maybe after years of built trust, but not just simply like that. 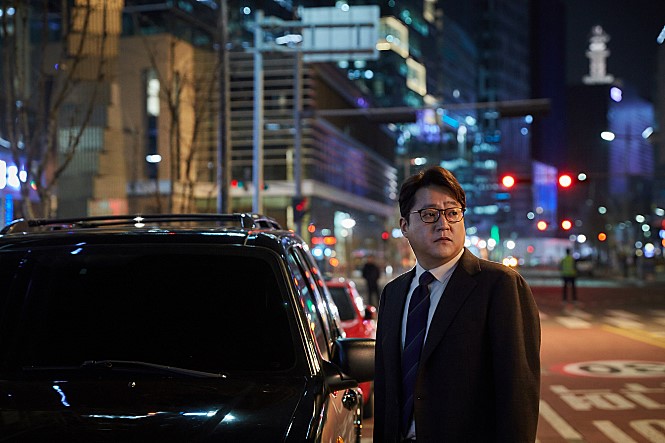 <Steel Rain> did a great job depicting North Koreans for who they are, Koreans with the same Korean blood running through them as the South. Fate and destiny unfortunately just placed them on the other side of the fence. If they were born just a couple hundred miles below, they would’ve had the same, ordinary, average life as all of us. It shows how much the government and the role of the state can influence a person. I would definitely recommend this movie to both Koreans and non-Koreans.