“In everything there is a line you mustn’t cross…”

South Korea and North Korea’s relations have gone through a wild turbulence over the years. The calm before the storm is a warning of an attack awaiting; just when you think things have quieted down, an infiltration from the North occurs. Are the aggressions just a cry out for attention? Or are there some deeper underlying reasons for the intrusions? 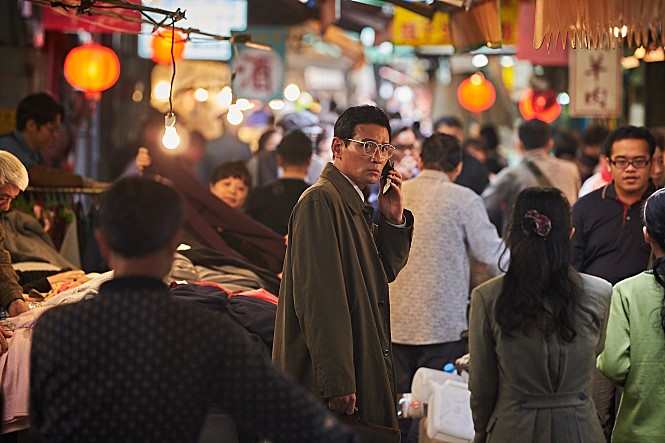 Rolling back the clock 25 years, the two Koreas’ status was tense and unknowing. During the concluding days of the Cold War, with the South’s economy not yet stabilized as it is today, there were a lot of mysteries going on internally in terms of politics and state affairs. <The Spy Gone North> is a look at some of the circumstances that took place in the 1990s on the Korean peninsula. Based on true events, the film follows the main character, Mr. Park, as he goes undercover for the South Korean government.

Directed by Yoon Jong-bin, who also directed <Nameless Gangster: Rules of Time> and produced <A Violent Prosecutor>, the movie features an elite cast of Hwang Jung-Min, Lee Sung-Min, Cho Jin-Woong, and Ju Ji-Hoon. Going up against <Along with the Gods: The Last 49 Days> in the Korean box office, it is currently #1 in terms of tickets reserved (FYI, Along with the Gods 2 was released a week prior to The Spy Gone North).

Park Seok-Young, Codename: Black Venus, the Spy Gone North. The year is 1993, and North Korea’s nuclear development has heightened the crisis on the Korean peninsula. Park Seok-Young, a National Intelligence Service (NIS) agent with a history as a Major in the ROK military intelligence department, is assigned to go undercover to uncover the reality of North Korea’s nuclear program. With nobody except the South’s intelligence officer Choi Hak-Sung and the President himself knowing of this infiltration, Park must deceive the high-level officials of North Korea and gain their trusts. After years being disguised as a businessman working with North Korea, he succeeds in building a relationship with Ri Myung-Woon, a North Korean official.

However, in 1997, with his alliance with the North Korean power starting to grow stronger and stronger, the Black Venus starts to notice a secretive deal between the two Koreas take place, just ahead of the South’s presidential elections. With a strong belief and patriotic faith in his country, the Spy Gone North that put everything on the line is left in a political and social dilemma.

The cinematography and visuals were incredible. With the main settings of the movie taking place in Beijing and North Korea, the mood of the film was very dim and gloomy. The cinematography was executed very well, portraying these moods superbly. Furthermore, I thoroughly enjoyed the closeup angles and intense music that accommodated the tense scenes (especially the parts with Kim Jong Il). Moreover, although the film was set in China and DPRK, the filming site was actually neither of those two; the majority of the movie for those shots took place in Taiwan. Nonetheless, the visual effects were amazing, as I sat in the theater thinking, “Wow, that really looks like North Korea. That can’t actually be North Korea, can it?” (although you can see some degree of visual effects in stills).

The insight into the Korean history following the Cold War, and the transition from a controlled to a more democratic South Korea could be seen in the film. From the earlier nuclear program of North Korea, to the presidential election of South Korea’s Kim Dae-Jung, and what took place inside the strictly closed borders of the North, there was a lot to take in.

One clear negative about the movie in my opinion was its slow progression. It may be because I was expecting an action-packed, adrenaline-rushing film with fast movement and lots of high energy. I mean, the energy was there, don’t get me wrong. But it was not the energy I was expecting; it was more of a tense and uneasy vibe that proceeded at a slower rate than I wanted. Nonetheless, the crawl-like progression was not to my taste, and left me bored at times.

Whereas in <Ode to My Father>, the previous review I wrote, helped explore the Korean history and culture even if you didn’t know much about it beforehand, you need an understanding of the Korean peninsula’s political history and relations in <The Spy Gone North>. I, being in Korea for the past 8 years and majoring in International Studies at a Korean university, wouldn’t say I don’t know the political atmosphere and/or the relations between the two countries. However, being raised in the US and completing most of my elementary to high school career in the States, I do not have the full understanding like most Koreans that live in Korea do.

That being said, the movie was hard to understand. And maybe that’s why I didn’t enjoy it as much and thought it was slow. But if you’re reading this, I’m assuming you’re closer to where I stand than where the typical Koreans do (e.g. non-Korean, gyopo, banana, etc.). In this case, you’ll probably have the same problem I did and not know a lot of the circumstances that took place. For example, the situation with the 1997 presidential elections and its impact on the Korean government, state, and affairs. Maybe if there were English subtitles, I would’ve been able to understand more easily. Nevertheless, if you do have proficient knowledge in this field, no matter if you’re Korean or not, then you would probably enjoy this film. 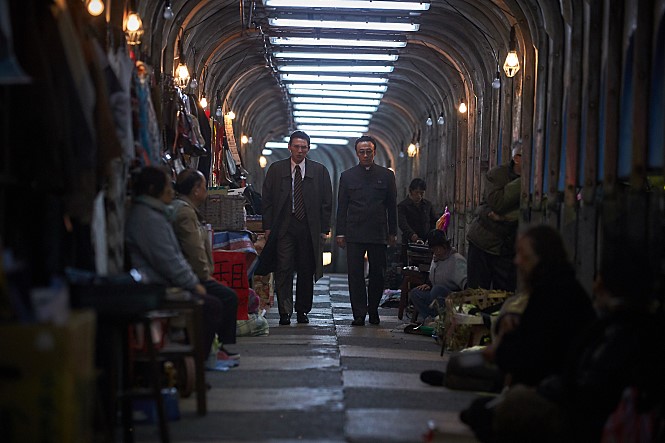 The final criticism I have of the movie is its casting. Like I mentioned in a previous review, Hwang Jung-Min is one of my favorite actors in Korea. And I think he and Lee Sung-Min played their parts fantastically. Even Ki Ju-Bong, the man who played Kim Jong Il, fit his character well. However, I do not think Cho Jin-Woong and Ju Ji-Hoon were the best choices for the roles. They were two of the four main cast members of the movie. Yet, I just couldn’t help but feel like they couldn’t fully fill the shoes of the characters; the personas of the actors just didn’t fit right with the characters, in my opinion. Cho Jin-Woong’s depiction of Intelligence officer Choi was subpar, and, maybe because of his very recent role in <Along with the Gods>, Ju Ji-Hoon’s acting also didn’t match my expectations. Both are great actors; just weren’t the best choices for the roles.

I’d recommend <The Spy Gone North> if you are interested in the South-North Korean relations and its pasts, and enjoy a slow but tense movie. Don’t expect an action-filled film that’ll keep you at the edge of your seat.