If you’re Korean or have interest in Korea and its cultures and history, this is a must watch. Taking the audience on a travel through time of one of the most devastating and hard periods in history, you’ll feel very appreciative and thankful for your ancestors once you’re done with the film. Put on your empathy helmets and buckle up your affinity belts, cause you’re in for an emotionally driven, heartwarming ride. 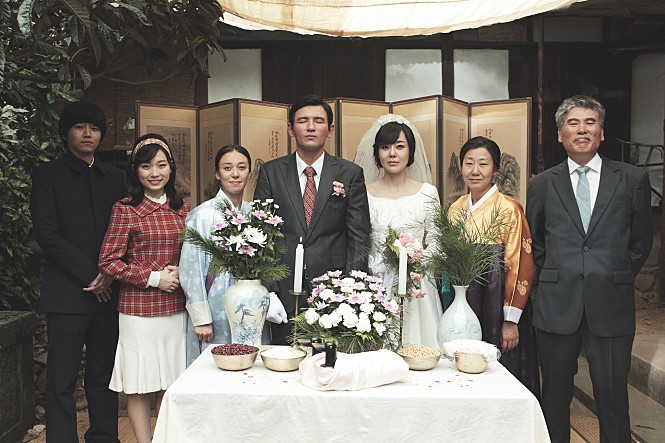 It’s been several years since <Ode to My Father> was released. The film was praised for its ability to captivate the audience, and engage the viewers throughout the emotional ride it took the watchers on. I was unable to watch the movie in theaters when it was released, and only now (4 years later) have I watched the film. And man oh man, I sit here wondering why I didn’t watch it sooner.

<Ode to My Father> was acclaimed by the public and received positive feedback online. However, the critics and journalists did not seem to enjoy it as much as the general audience. Directed by Yoon Je-kyoon, who also directed <Haeundae>, <Ode to My Father> features A-list Korean actor Hwang Jung-Min, and many other fantastic cast members like Oh Dal-su, Kim Yunjin, and Ra Mi-Ran.  The movie revolves around Yoon Deok-Soo and his life starting from youth to when he becomes an old man.

During the Korean War in 1950, Deok-Soo and his family were separated from his father as they were fleeing to Busan. As the head of the household, Deok-Soo must now put his family before himself, for he promised his father just before their separation that he will take on his father’s role. Deok-Soo, his mother, and his siblings arrive at his aunt’s store, “Flower Pot’s,” at the Busan International Market, and their story of hardship begins. From going to Germany to work as a mine worker to pay for his brother’s college tuition, to traveling to Vietnam to work to pay for his sister’s wedding, the life of Deok-Soo is filled with hardships and misfortunes.

<Ode to My Father> is exactly what the title says it is; a heart-filled message to Deok-Soo’s father. The film wonderfully portrayed what the Korean parents had to go through during the rough times in the motherland. The insight of the Korean history and what it was like for our fathers and grandfathers during those times really helped capture and empathize with the struggles of the average Korean citizens of the mid-to-late 20th century. From the Korean War, to the Vietnam War, the men working in the mine fields and women working as nurses in Germany, all of those battles aren’t strangers’ stories; it’s the stories of our grandparents. Putting myself in the characters’ shoes, and imagining my grandfather having to go through that really helped grasp how underappreciative I’ve been to my ancestors.

Needless to say, the movie was very relatable for Koreans, and especially for the older Korean audience. Furthermore, I’m not sure how accurate the historical detail depictions were, but it was entertaining to see how everything fit together. For example, there were many Easter Eggs throughout the film, such as the Korean traditional wrestling legend Lee Mangi, the Korean fashion icon Andre Kim, cameo appearance of U-Know Yunho of TVXQ portraying a trot legend, etc. Also, “Flower Pot’s,” the import goods store owned by Deok-Soo’s aunt, is an actual store that’s still in operation at the Busan International Market.

The playful and humorous quotes and scenes also gave a bright and cheerful aspect to the movie. Quotes such as “Give me chocolate” said by the children on the streets to the US soldiers, and the comical scenes by Oh Dal-Su all were integrated very well with the serious mood of the film. 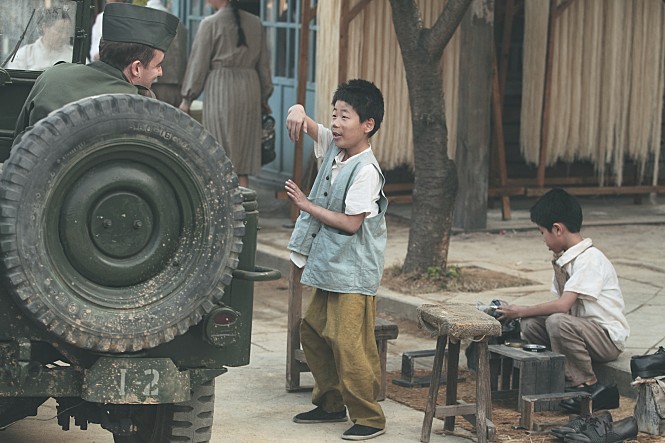 And continuing with Oh Dal-Su, the lead actors were casted perfectly for the movie. I can’t imagine any other actors filling in the shoes of Oh Dal-Su and the character he played. Hwang Jung-Min is one of my favorite Korean actors, and he, once again, was a superb fit for the role of Deok-Soo.

One negative about the movie was that it was geared almost entirely for the Korean audience, meaning Westerners most likely won’t be able to relate to the story. This is probably why a lot of American or other Western critics say it was a cry out for tears, and was trying too hard to get the audience to cry. However, the whole purpose of the film, in my opinion, was to get the audience to relate to the older generation of Korea. And if this is the case, then of course you won’t be able to please every viewer, especially if they do not have the mutual understandings of the intended audience. My viewpoint is that although not everyone can associate themselves with the film, it goes well beyond for the target audience.

Another factor that took away from the film was the English acting. I don’t get why, but the English acting in almost every Korean movie and drama I have seen was executed poorly. There are so many good English speakers in Korea now. Why can’t the producers cast some good English-speaking actors/actresses? It seems like it’s always either a really good speaker but can’t act, or a really good actor but can’t speak English. It’s kind of like watching the Korean show “Surprise.” 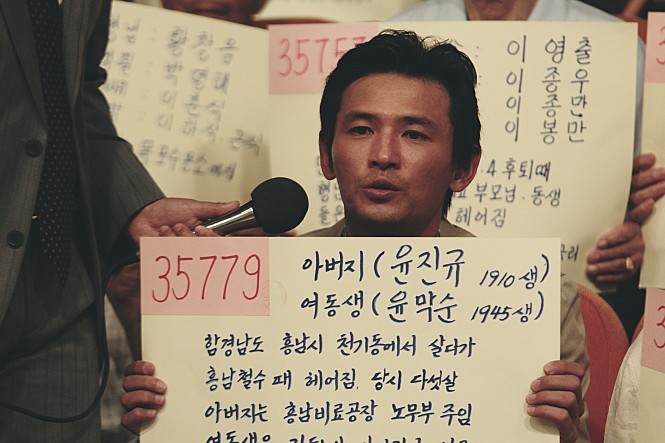 There were a lot of critics underrating this movie. The reasons ranged from being politically driven, story being all over the place with too many settings, and the film trying too hard to make the audience shed tears (just to name a few). However, like I mentioned before, if you place yourself in the shoes of the characters, or imagine your grandfather going through what Deok-Soo was going through, then I believe you would empathize with the story and learn to appreciate the film for the message it was trying to get across. And for the message to be heard, all of the scenes from the plot were necessary; the story needed to have those wide ranges of settings, from Korea to Germany to Vietnam. It’s critical to remember that all of the events that took place actually occurred, and is something that our families went/are going through.

If you have Korean blood running through you, this is a must see. Even if you aren’t Korean, this is a great way to learn more about the Korean culture and see the history of the Korean heritage.