“Men come and go, but land is forever…”

“Feng Shui” is a pseudoscience with the belief that the energy of the surrounding environment has great impact on individuals and fate. It is a belief that roots back to the traditional Korean times, and the Korean title of the film is “Myung Dang,” which translates to “an ideal spot for a grave.” It revolves around the idea that the “ideal place for grave” can determine the fate of the familyline, and goes over land ownership for these optimal locations. 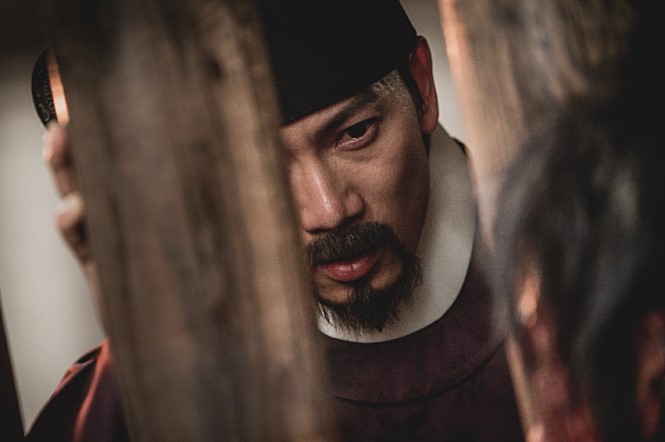 This was another movie that I had the awesome opportunity to attend the meetup of cast/director (I’ll upload a separate content over on the EonTalk Facebook page – https://www.facebook.com/eontalk/  of the recent meetups I went to, so be sure to like and follow!). Directed by Park Hee-Gon, who was on the planning team of <Champion>, this film features a stunning cast of Cho Seung-Woo, Ji Sung, Kim Sung-Gyun, Baek Yoon-Sik, Moon Chae-Won, You Jae-Myeong, Park Choong-Sun, and Lee Won-Geun, all of whom are amazing actors.

I personally do not like historical dramas, but this was an exception. The story, acting, cinematography, the idea itself were all fantastic and original, and I’m not too sure how much of it was historically accurate, but the way it incorporated the story with Korea through its history was clap-worthy. Released on September 19th 2018 in Korea, <Fengshui> is set to release in the US on October 5th 2018.

‘Feng Shui’ is the energy of land that can shift fates. Park Jae-Sang is a highly intelligent man that can change your fate by reading and predicting the terrains and energy of the surrounding land, and suggesting where to buy real estate to settle. However, he loses his family in a terrible fire that was intentionally schemed by the Kim family line, who’s trying to take over the country, because he got in their way. Thirteen years later, Park plans to get his revenge on the Kim family. He joins forces with Heung-Sung, a man of royal blood that doesn’t receive any respect and so wants to overturn the kingdom. As the duo strategizes their retribution, they find out about an extremely rare, prosperous land that will produce the next King. However, the two starts having different purposes for the land.

The whole premise of the movie was very new. A similar Korean film would be <The Face Reader>, but I haven’t seen that movie so I can’t really say much about it. I’ve heard of the concept of “Feng Shui” before, but didn’t really know anything about it. All I knew about it was that it’s a belief that certain parts of certain locations have different energies, and depending on these energies, your fate can change. I thought of it more as a superstition/myth that the older Korean elders believe in, and didn’t really think much of it. For example, the older generation in Korea still believe that the layout of your house needs to be in a certain way so that “bad energy” doesn’t enter the home (e.g. a mirror should never be facing the front door of the house). However, I learned a lot of the ideas through the film, both on historical and cultural terms.

As I mentioned, I normally do not like historical dramas. But after watching <Fengshui>, it made me want to go visit the Gyeongbokgung, which is a palace that the kings actually lived in, and is in Seoul today. I think I didn’t like historical dramas before because I lacked the knowledge of Korean history, and therefore, didn’t fully grasp the story of historical films. However, although this was a new concept that I didn’t know of, it’s something that even Koreans that lived in Korea throughout their entire lives don’t really know about either. Therefore, it was something that I can learn alongside everyone else, and was new and entertaining. 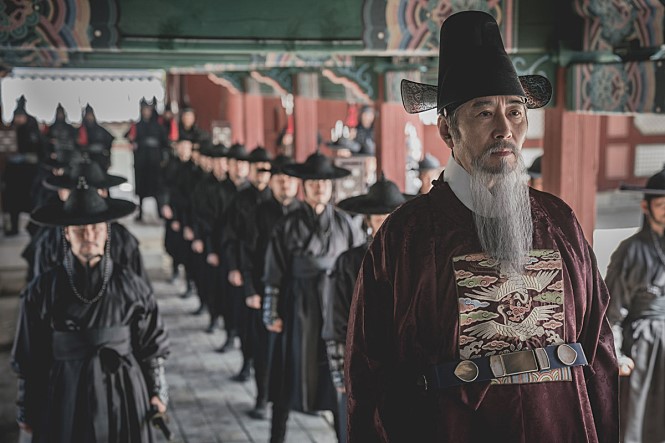 The acting was great by everyone, and the casting was done phenomenally. I feel like everyone fit their roles very well, and my respect gauge went up for each and every one of the actors. It especially increased for Baek Yoon-Sik, who I said didn’t fit his role in <The Chase>, but very well fit this one. In addition, Park Choong-Sun, the man who played Jung Man-In, was amazing. He portrayed a “fortune-teller” type of role, who reads the energy and spirit of land to foresee the future/change destinies. His performance reminded me of Heath Ledger’s Joker in <The Dark Knight>; a very mysterious, dark, strange character.

And finally, the musical composition was well-suited with the movie. Audio is a crucial element of setting the tone and mode, and movies in general, and the scores of <Fengshui> were appropriately made.

As mentioned above, the concept of “Feng Shui” is an uncommon idea, especially in the West, and hard to understand fully, and for viewers that have little to no knowledge of the topic, it may be hard to completely comprehend the movie. Plus, the fact that it has many historical implications makes it that much more difficult for people who do not have relations/aren’t interested in Asian history. Nonetheless, if you do have interest in learning more of the subject, this was a great film to grasp historical, cultural, and traditional concepts of Korea.

Furthermore, the idea relates back to and has roots in Confucianism, as does many Korean traditions. Therefore, if you have insufficient knowledge of this background, or do not agree with the beliefs, you may not enjoy the movie. However, if you are more open-minded even if you do have different beliefs, this is a great way to delve into diverse ideologies, as well as the ideas of historical Korea. As for me personally, no, I do not believe the ideas. But it was interesting to watch and learn. Also, I can’t say all of it is untrue, as some of the notions do make logical sense and are closely-related to marketing/business strategies (e.g. the marketplace layout).

The film has a slightly slow progression, and if you are uninterested in the topic, then you may find it very boring. I’ve heard several people say it was mundane, so I think you need to find some type of interest in this topic if you want to enjoy it. The enjoyability of the film ultimately depends on your views on “Feng Shui” and the history of Korea. 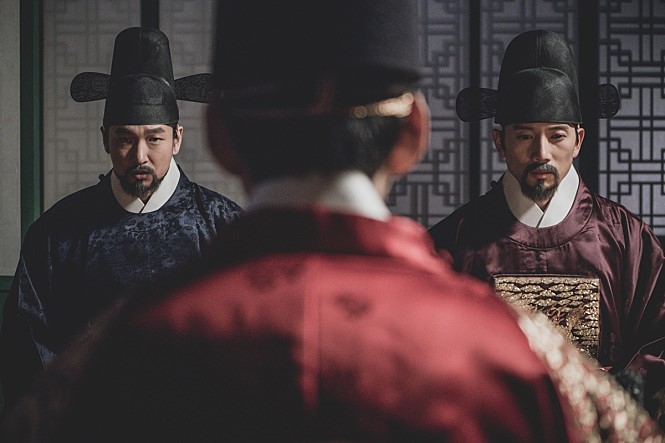 <Fengshui> was a good look into the history, traditions, and culture of Korea. Some of the beliefs of “Feng Shui” still even exist today, like the layout of the home when moving into a new house. Moreover, the movie had a strong message and purpose; if you watch until the end, it’s quite moving and has more connotations underlying the overall film. I think I quite possibly might have found a liking of historical dramas now, and am looking forward to the other movie of the same genre that was released on the same day, <The Great Battle>.