I can’t imagine what it’d be like to lose a child as a parent. To have your love, your life, taken away. This film remarkably illustrated what that sorrow could feel like, and made even an unmarried single man like me feel empathetic to that situation. I must say, <Searching> definitely lived up to the hype. A lot of times, I get so excited for a movie that I have such a high expectation for, that I ultimately end up being very disappointed (The Spy Gone North *coughcough*). From its story to the main lead’s acting, the film was phenomenally produced, and I loved how it showed the power of the Internet and social media.

I normally blog on Korean films, but I will occasionally review movies from other countries as well if it has/had influence on Korea. That being said, <Searching> is the first non-Korean movie that I am reviewing, and I have decided to review it because the main actor, John Cho, is of Korean descent, and it’s extremely uncommon to see an Asian, let alone Korean, lead actor in a Hollywood film (also, I was just personally really anticipating this movie lol).

<Searching>, directed by Aneesh Chaganty, had limited release in the US on the 24th of August, and a wide release is set to release on the 31st. The movie premiered at the “Sundance Film Festival” in January of this year, and was picked up by “Sony Pictures Worldwide Acquisitions” for distribution. The film released on the 29th here in Korea, and there were massive marketing efforts on Korean social media channels. I believe I first saw a trailer ad for this in mid-to-late July and it continually ran for the next month. There were numerous influential Facebook pages that ran promotional events, and extensive interest in the film by the Korean people, myself included.

On Thursday night Margot goes to a study group that’s supposed to go on all night. At 11:30 pm, Margot calls her father, David, but he doesn’t pick up. She tries calling a total of 3 times, but no response. The next morning, David sees 3 missed calls from his daughter and tries calling back. But now he can’t reach her. Stage 1, he thinks she’s mad at him and ignoring him. Stage 2, he tries to stay calm and find a simple story of what could’ve happened after study group. Stage 3, he begins to worry and realizes something is really wrong. Stage 4, he scrambles to find hints of his daughter. Stage 5, he files a police report and detective Rosemary Vick, a well-known officer in the area, is assigned to the case. The search for Margot officially begins with the police department, but no real evidences are found. That is, until they look into her laptop. Through her social media, new clues are found that lead to the truth. Traces of Margot that were unfound in the real world, are found online.

I thoroughly enjoyed how the movie began. It kind of felt like the opening of the Pixar film <Up>, in the sense that it showed a timeline of the relationship between David, Pamela, and Margot in an emotional way. Furthermore, it felt like it was telling my childhood story in a way. From entering school, to first starting social media, and up till high school, it felt very relatable.  It was also nice to see the old layout of YouTube and Facebook when they first started out as well. Very reminiscent.

Furthermore, I appreciated that the film showed the potential and impact of social media. One message I took away from the movie was that the online and offline worlds are two completely different realms. You may think you know someone, your friend from school, your coworker, your daughter, but they’re a stranger on the web, and you don’t know anything about them. And of course, vice versa when you think you know your “Facebook friend.”

As the movie progressed, I loved that the movie had a sense of reality and wasn’t typical. The film felt very real, meaning that the story felt like it was based on a true story (but it actually isn’t). There weren’t any unrealistic scenes that drew me away from the story. In addition, it was unconventional in that the movie told the story from the point of a computer screen most of the time. This was new and unique (which I liked at first but kind of got tiring later), and I also liked how the typography of the movie title and credits were off to the right.

The first time I saw John Cho was on <Harold and Kumar Go to White Castle>, which I would think would be the first for majority of the readers as well. John Cho’s character, David, in <Searching> was older, and more mature than Harold- although now that I think about it, David could be the older version of Harold… Anyways, I applaud John and his performance in <Searching>. He put on a phenomenal act, and showed his true potentials. 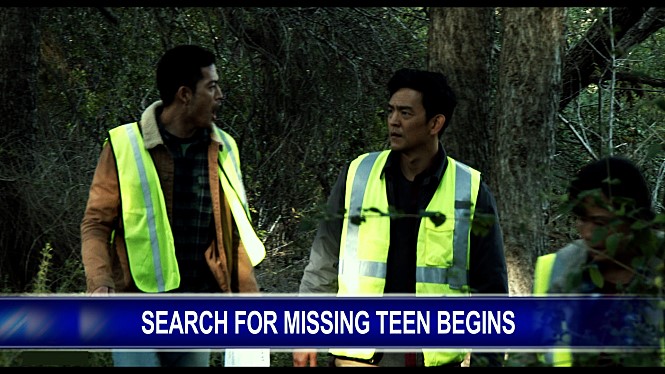 **The next two paragraphs contain spoilers you may not want to read. Skip ahead to “The Bad” part if you do not wish to read on the ending.**

What really stood out about the film to me was its many twists. Numerous mystery/thriller movies contain twists, but not to this degree. A new twist was revealed continually as the movie progressed, and just when you think the truth is all out, another twist is uncovered. That said, the moment detective Vick called David to tell him she’s been assigned to the case, I knew something was up. Her tone and voice sounded fishy, and I predicted she’d be the suspect. However, although it was predictable that she was the suspect, I had no idea it would unfold the way it did. The final outcome was unforeseeable.

Finally, the reveal of fish_n_chips was shocking. The scene where David finds out and correlates the image of fish_n_chips to the memorial website, chills went striking down my back. The image of the girl was just very creepy and her smile was very eerie. I highly appreciate films that can have this surprising effect on me.

As I mentioned earlier, the view from the computer screen was new and unique. At first, I really enjoyed it, and thought it was a clever way to portray the story in an unconventional way. However, as the movie continued, I started to grow tired of the method. Maybe because of the slow clicking, or too many things going on the screen to focus on what was meant to be focused on, I felt like it was overdone and the more conventional route would’ve been better later on. Also, it constrained the angles and perspectives that I, as an audience, could get of the film. Instead of feeling like I was there and engaged in the story, it felt like I was just watching from the sideline. The cinematography wasn’t the best, and could’ve been improved. The balance between the two approaches would’ve been optimal. However, I do appreciate that they tried something new, and think it worked up to a certain point.

The movie was very relatable and suitable for the younger generation such as yours truly, for it goes through the history of the Internet and social media. Nonetheless, it may be harder to associate with the online aspect of the film if a little older, due to not being as influenced by new media such as Facebook, YouTube, Instagram; and likewise, for younger, digital natives, as they were literally born into the digital world and don’t know the start of social media.

This isn’t really something I should be complaining about, but the running time felt a little short. It’s probably because most of the movies I’ve watched recently, and a lot of films nowadays in general, are 2 or more hours long. But I wanted more after the movie ended, and felt that the duration was on the slightly short side. I say this jokingly, but if this was karaoke or billiards, a person could feel cheaped out on paying the same amount but getting less time. I guess in a way it’s a good thing, making the audience want more. Shows that the viewers were really into the film. 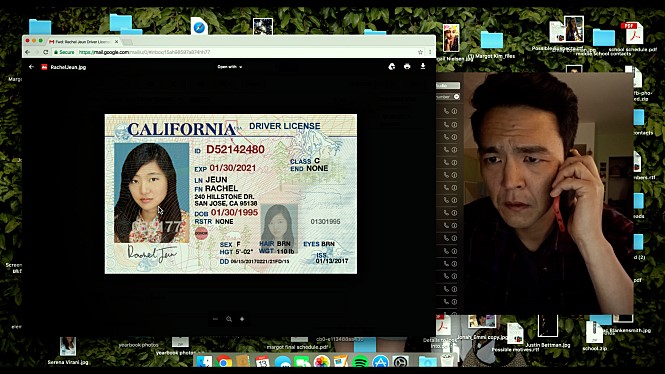 I was very hyped for this film, and I was highly satisfied coming out of the theater. Although this isn’t a Korean film like I normally review, I saw significance in how it showed that Asians can fill up the big screen and take on the main roles of a feature film.