“Do you really think money can buy everything?”

I was scrolling through Netflix to find the next movie to review and came across <Heart Blackened>. I’d never heard of the film, but saw Choi Min-Sik on the thumbnail and was instantly interested. After searching for some basic info of the film, I found that the cast was amazing. Park Shin-Hye, Ryu Jun-Yeol, Lee Hanee, and Cho Han-Cheul alongside the veteran Choi Min-Sik? Sign me up! 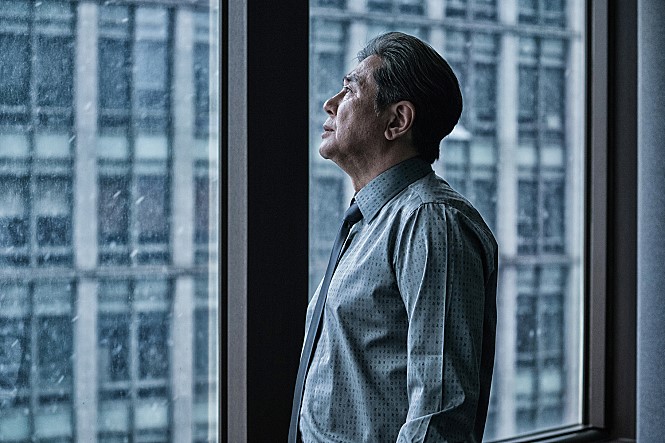 As I mentioned above, I had never heard of this movie before. And neither have majority of the people I’ve asked after watching. The film was released in November of last year (2017), so it hasn’t been that long, and the lineup of actors is incredible. I don’t know why, but this had not gotten the exposure or recognition it deserved. Possibly because there were other films that overshadowed it.

<Heart Blackened> was directed by Jung Ji-Woo, who also directed the critically-acclaimed <Eungyo> and <4th Place>. It is a remake of the Chinese film <Silent Witness>, and the Korean title of the movie is “Silence,” which I believe better expresses the overall theme of the film. The movie revolves around and deals with the view that “there is a price on everything.” The character Choi Min-Sik plays is a chairman of a large conglomerate, who’s always had the view that there’s nothing money can’t buy.

Tae-San has everything a man wants: a beautiful fiancé, and more money than he can spend. It was a perfect day with Yoona, Tae-San’s soon-to-be wife who’s also a famous singer, when Mira, Tae-San’s daughter, calls Yoona to meet up. Next thing you know, Yoona is dead and Mira is accused as the suspect. With immense public attention and interest, Tae-San seeks to prove his daughter’s innocence, who claims she cannot remember anything from the night. Instead of assigning the case to his team of experienced lawyers, he instead appoints Hee-Jung to prove Mira’s innocence. The intense court battle begins, but doesn’t progress much because Mira cannot remember anything from the night. But just then, Dong-Myung, Yoona’s stalkerish fan, comes forward and claims he possesses the missing CCTV footage of the incident. Everything about the case changes, and things unexpectedly take a drastically different direction.

Lee Soo-Kyung, the actress who played the daughter, wasn’t too great in the beginning. Her acting didn’t seem genuine at first, but her performance got better and better, and was phenomenal after the death of Yoona. You really feel empathetic towards her. I personally did not know of Lee Soo-Kyung prior to this film, and don’t think I’ve ever seen her in other works before. I was very surprised by her performance, and hope to see her in more productions.

Another great actor was Ryu Jun-Yeol. His acting was amazing as always, and his depiction of the stalker fan was mysterious and impressive. The range of characters Ryu Jun-Yeol can portray is fascinating; from <A Taxi Driver>, to <Little Forest>, to the most recent <Believer>, and of course <Heart Blackened>.

The ending was good. When I thought the story was over, there was a twist, and it was very satisfactory. If it had ended without the revelation, I would’ve been very disappointed. Furthermore, the movie had sprinkles of real-life issues, which I thought were well-incorporated (ex. Facebook exploitation).

Some may say this is a negative, but the film had rarely any humor/comedic elements. There were maybe one or two scenes, but I personally believe this was the right approach. If it had tried to force the laughter, then I think it would’ve been a huge weakness. It seemed like it was going for something along the lines of the film <New World>; dark and mysterious. In comparison, <New World> was a way better movie in my opinion (it’s my favorite Kfilm of all time), but then again, the genres of the two films are different. 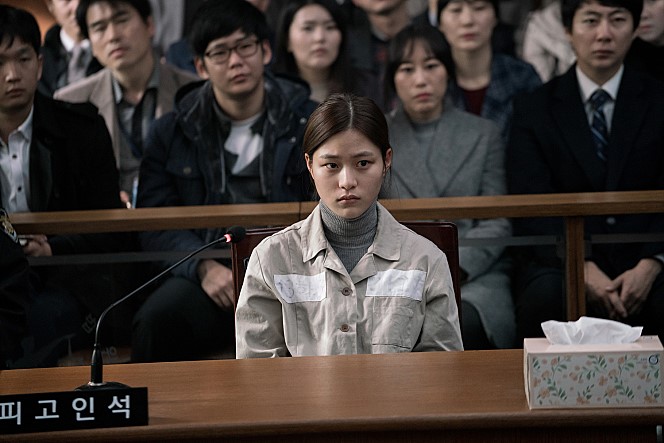 The movie skips around a few times, and therefore can be confusing for the viewers. I know that for me, I was puzzled a couple times and didn’t know what exactly was going on. I’m unsure if this was done on purpose or not, but there are still parts that don’t fully make sense to me. As the movie progresses, you start understanding the overall story, but there are still parts that are left unanswered. I guess this is common in movies that try to create a mind-blowing twist, but have bits and pieces left that were scattered throughout the movie that weren’t uncovered at the end.

The movie starts as if it were in the middle of the story; as if the audience already knows the backstory. You need to really focus and think throughout the movie to connect the pieces and make sense of the narrative. I enjoy this, but can by perplexing for some viewers. Also, the movie gets pretty slow in the middle, making it that much more difficult to keep your attention. If you are looking for a laid-back movie to watch after a long day, or while doing some other work, then this isn’t the movie.

And finally, this is my personal view, but because Choi Min-Sik played a lot of antagonist roles in other productions, the “bad guy” image was stuck in my head. This made it inevitable for me to think and predict that he’s the suspect. However, I won’t say if he is or not. If you watch the film, it can really go either way, so I don’t think this is much of a spoiler 😉

I would’ve loved to see it in theaters. I think it would’ve been so much better on the big screen, and if I had seen it at the cinemas, then the TPV could’ve been higher.