This wasn’t a movie that I particularly had high expectations for. The month of August had a lineup of highly anticipated films, including <Along with the Gods: The Last 49 Days>, <The Spy Gone North>, <The Witness>, <On Your Wedding Day>, and <Searching>. With such highly anticipated films to compete with, <High Society> had to offer something more than the others to take the top box office spot. In addition, <High Society> was the only R-rated film amongst the August-released movies, making the battle for the top spot even more difficult. Yes, a film doesn’t necessarily need to be #1; as long as it can satisfy its viewers and resonate with its target audience, its purpose is fulfilled. However, I wouldn’t consider <High Society> a hit, nor can I say that I left the theater thoroughly satisfied. Let me explain. 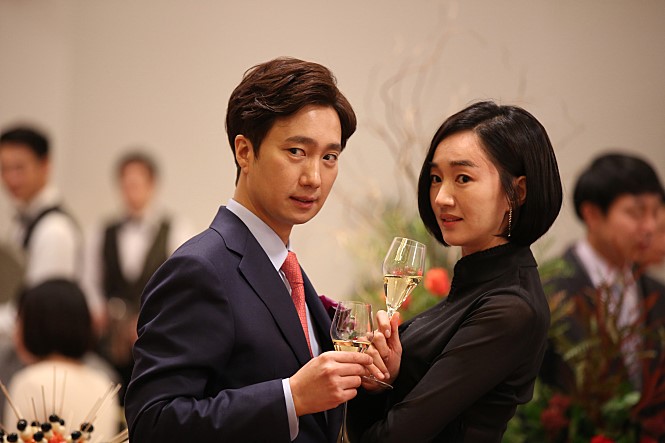 The narrative aimed at trying to show the lives of the rich and powerful, and their influence in politics, business, and just about every other fields they would like to associate themselves with. The tone throughout the film was on the darker side, although there were hints of humor every now and then, emanating a mood of secrecy and mild thrill. The story itself isn’t too hard to understand, considering there were a lot of political and business-related terms and ideas thrown around.

Tae-Jun is a well-known, respected economics professor. During a demonstration outside the National Assembly, a man lights himself on fire in protest. Startled by the man’s action, Tae-Jun runs towards the man without second thought and saves his life. This catches media attention, and soon the eyes of the National Democratic Party. Tae-Jun receives an offer from the party to be the newest congressman candidate for the party, and he accepts the proposal. As Tae-Jun prepares for the elections, his wife, Su-Yeon, seeks to take advantage of the reopening of Mirae Museum to be its next Chief Director. However, things start to go downhill when new intel reveals that there were deceitful transactions between Mirae Group and the National Democratic Party. Fearing they’d lose everything they worked for, the couple suggests a new proposal to the two groups. Entry into the “High Society” is proven more strenuous than what the duo expected.

<High Society> featured a list of great cast members. Albeit it wasn’t their best performances, the acting was pretty good. Park Hae-Il, who plays the main character, was also the lead in <Eungyo>. In that movie, he went through hours and hours of makeup to transform into the older man, and I recently put two and two together to figure out Park Hae-Il was in both movies. No wonder he looked familiar in this film… Yoon Je-Moon comes out as the Chairman of Mirae Group, and I think his character was very remarkable. He had a very strange vibe, in a good way. Su-Ae was amazing as always, and Ra Mi-Ran and Lee Jin-Wook were okay, but definitely weren’t up there. I’ve seen what they could do, and maybe because of their limited roles, but they didn’t show their full potential in this.

The film had a good hypothetical, making you wonder if that’s really what goes on behind the scenes in politics and conglomerates. We’ve seen numerous films on corrupt businesses and politicians, and this doesn’t necessarily bring anything new to the table. However, it did well in showing how powerful the people in the “high society” could be, and makes you wonder if the big businesses in real life today are doing similar things under the table. Is it really truly only hypothetical, and if not, how much of it is true?

Although the movie was on politics and business, no deep knowledge of it are needed to understand the film. Granted there are some concepts, such as trade and money laundering, that some may not be familiar with, I think anybody with just basic understanding of politics and business/economics would be able to grasp the movie. Furthermore, there were occasional humor scenes every now and then that controlled the movie from straying away into being a very dark-toned, serious film. Lastly, there were several memorable quotes throughout the film, such as “I’m the owner of my desires, I won’t be a slave to it…” and “Let’s just live like dogs.”

Without giving away spoilers, I think the ending could’ve been better; it felt too cliché and cringe. Furthermore, it felt a little rushed, and ended kind of abruptly. The resolution wasn’t anything amazing or captivating, and makes you wonder if that’s what you’ve been sitting and waiting nearly 2 hours for. 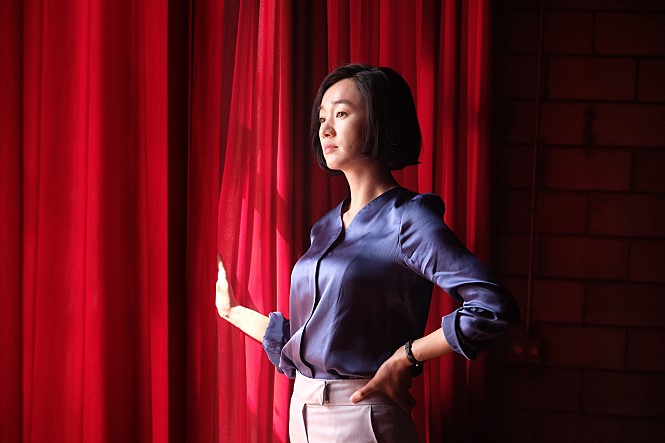 After the movie was over I was asking myself “so what was the point of the movie?” I don’t think the film really had a meaning or a message. Maybe “Don’t mess with the rich folks” or “The high society isn’t a place you want to be in?” If it’s the first, we’ve already seen countless movies with a similar theme that executed it multiple times better; and if it’s the latter, then that’s just a horrible message to create a whole feature film around. In both cases, they’re overplayed and doesn’t offer anything fresh. The purpose and meaning behind a film are one of the most critical aspects of a movie that separates it from an okay film to an amazing one. More focus on what the story wanted to get across should’ve been made.

And finally, the main reason why <High Society> has been getting a lot of criticism and hate: the sexual scenes. The film was advertised and the trailers portrayed the movie as a highly erotic film. And as I mentioned before, the balance between the sexuality and story is crucial in movies like this. <Eungyo> did a great job at this. However, <High Society> totally missed it, as the sex scenes were pointless and demeaning. First, I mentioned that if there were too many of the sensual scenes, then it could be labeled as merely a softcore adult film. Well, this doesn’t fall in that category; the scenes were very few and far between, but this also is a problem. Too much of it is bad, but too little of it also poses a weak point (especially if you’ve been promoting it as a highly sexual movie). Second, the integration between the two was totally meaningless. Simply put, the story could’ve been told without the scenes. This further enhances my argument that the film had no point; the sex appeal was meaningless.