“I came to finish my death…”

Oh my, this was one of the most depressing movies I have ever seen… I didn’t really know what to expect going into the film; the trailer didn’t really offer too much to go off of. I assumed it’d be a melodrama about the death of a student and trying to solve the mystery of the death. Yes, it was about that. But it was also so much more.

<After My Death> was directed by Kim Ui Seok, who was on the production team of <The Wailing> and also directed <Midnight Express>. It features a new lineup of faces that I had not seen before/had not seen too much of: Jeon Yeo-Been, Seo Young-Hwa, Go Won-Hee, Lee Tae-Kyoung, Lee Bom, Jeon So-Nee, You Jae-Myeong, and Seo Hyun-Woo. The film was made in 2017, but had its wide-release on September 13th 2018. It addresses several social issues that Korea has been facing, and to summarize the movie in one word, I’d say it’s very “real.”

A student has disappeared, and everyone is blaming Young-Hee for the disappearance. Rumors circulate that the cause of her disappearance is suicide, and that Young-Hee, the last person to have seen her, knows something about the death. Everyone starts to accuse Young-Hee of pressuring Kyung-Min, the vanished student, into taking her own life, and Young-Hee must prove that she is not related to the cause of death. In a matter of a day, Young-Hee has gone from being a normal student, to being the lead suspect of a suicide case.

<After My Death> was a very “real” movie. It had several real-life societal messages that needed to be made, especially in Korea. Issues regarding suicide, bullying, disabilities, homosexuality, physical/sexual abuse and more were addressed in this very honest film. Suicide is of crucial matter in Korea; Korea has the highest suicide rate of the developed world. It’s a problem everyone knows about, but nobody wants to talk about. It was great that <After My Death> addressed the issue, and provided the floor for discussions. Furthermore, it didn’t try to soften the problem, but rather was very straightforward and candid about the issue.

In addition, there were a lot of bullying cases in Korea last year; several incidents made headlines as groups of students bullied and brutally assaulted other students, which is seen and directly addressed in the movie. Moreover, negative perception of people with disabilities, and an unaccepting attitude towards homosexuals exists in Korea. Several concerns such as these that are taboo in the Korean society are addressed, and tries to show the effects these negative actions can cause. 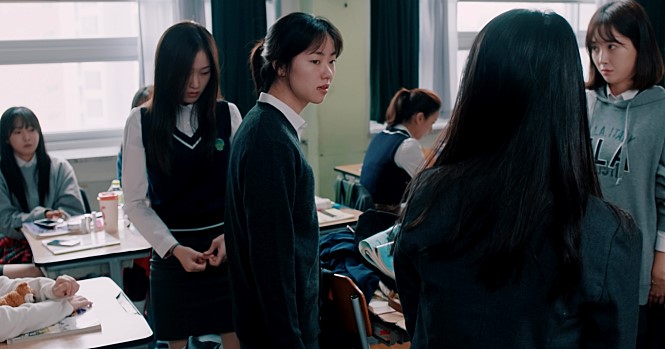 Another social issue that the film goes over is how fake people can be. Similar to what the recent film <Searching> had, <After My Death> showed the sad reality of how the people that didn’t care suddenly take great interest and become “best friends” with a person once the individual goes missing, is dead, or severely injured. It’s vey true that people do use the heartbreaking circumstances of others to get attention for themselves.

Furthermore, the movie was “real” in the sense that it showed the true colors and traditions of the Korean culture. For example, the school life and lives of Korean students, as well as the way of Korean funerals. There’s a scene in the movie of a funeral, and if you are a stranger to the traditions of Korean funerals, it may come across as very strange. You may also wonder how much of it is true and real; I won’t say every funeral is like that, but it is very much real, and a lot of the funerals here in Korea are progressed like that. 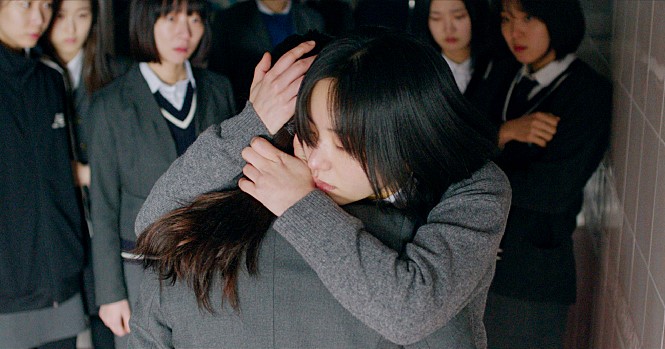 The final compliment I would like to give of the film was the acting. The performances by the cast was phenomenal, especially by the actresses that played the mother of the deceased girl, and the student that is being accused. It was my first time seeing both of their acting, and I thought it was amazing. The way they portrayed their characters was astounding, and really makes the viewers empathize with the characters. Actually, majority of the actors of the movie I had not seen before this film, minus the father role and the lead cop. I appreciate that the film shined light on new actors and gave them a chance to show their potential. The overall acting of the cast was superb.

The film was very “real.” I realize I said this was a “good” thing, but it’s also a negative as well. Let me explain: The movie isn’t for everyone. Because the film goes over several real social issues, the story gets very, very depressing. I felt so down coming out of the theater… It’s extremely emotional and dark, so if you dislike dark-toned movies, you should stay away from this. It had absolutely zero humor, and gets very eerie and strange. As the film progresses, it just keeps getting creepier, and the end/reveal of the truth was pretty surprising. That being said, I’m not a fan of this type of movie, and that’s why I said it’s not for everyone and can be a negative. However, I appreciate that it didn’t try to force the tears out of its audience, but was genuine and true to itself. **Side note, the first scene of the movie is a little confusing, but you understand its true meaning at the end, and it’s pretty chilling.

As I mentioned before, the movie had a lot of social messages. However, I feel like it had too much it tried to get across. It seemed like there was an excessive number of subjects it wanted to address in a limited timeframe. Don’t get me wrong, all of the messages the movie stood for were of critical matter. But I think they should’ve focused more on a couple things and went more in depth with those few issues. Instead of digging wide and shallow, they should’ve dug narrow but deep.

Another downside and the biggest negative of the film in my opinion was its cinematography. The way the movie was shot was a very “old-style,” as if it was an older Korean film. There may be people that like this, but it wasn’t suited to my taste. However, it had a couple memorable scenes and ones that made me wonder how it was filmed (e.g. a one-take shot near the beginning of the movie). The production also had very little music and sound effects, and at times was dead silent. But when the music and audio was there, it was very suitable and impactful.

On a final note, the film got pretty slow in the middle, and because of the concerns I mentioned above on the cinematography and sound, it had me inattentive at times. Although I acknowledge its messages and intent, I cannot say that the narrative was mind-blowing, nor that the film is a must-watch for theaters. I think it’ll be pretty divided amongst people who enjoy it and dislike it.

<After My Death> was a good reflection of the current Korean society, and had good social messages. However, it was exceptionally dark, which isn’t my cup of tea. Nonetheless, it was a movie that the Korean society needed, and a film that students and parents of students need to watch. It shows how powerful words are, and how foul people can be. It’s not something you need to see in theaters, though.