Hello everyone and welcome back to another EonTalk movie review. Today, I’ve prepared another review for a movie released last year in 2019, but haven’t gotten around to getting a review out for. Today’s review, <Tazza: One Eyed Jack>. 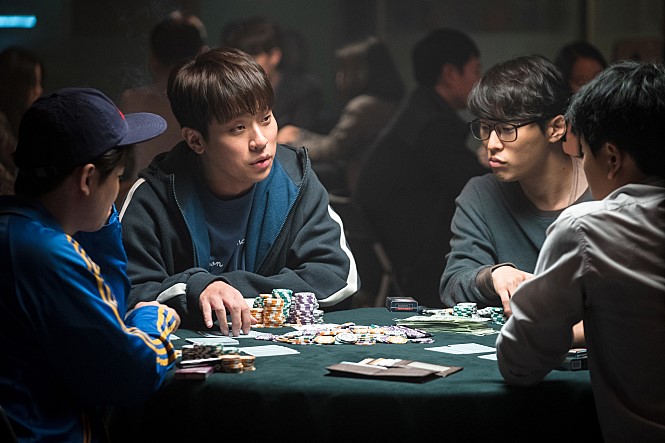 The first and second of the series went over hwatu, a Korean card gambling game. FYI, the extremely skilled gamblers of this game are called “Tazzas,” hence the name. This time around, the third Tazza film was based on poker. 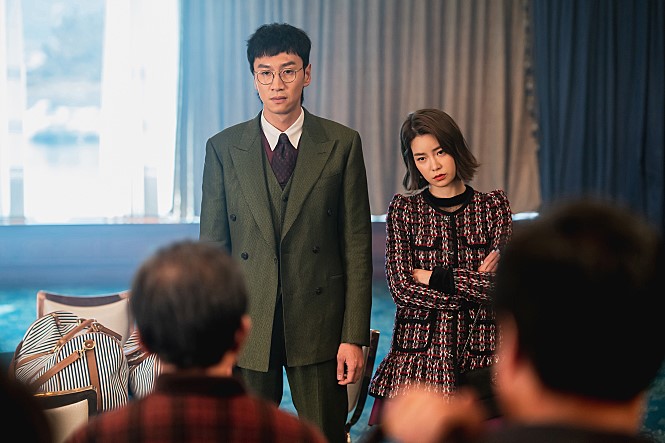 Il-Chul (Park Jung-Min), the son of the legendary Tazza “Sparrow,” is a student that has no interest in studies, yet takes after his father in that he’s an extremely talented poker player. Il-Chul comes across “Madonna” (Choi Yoo-Hwa) at a poker table, and falls deeply for her. However, he learns how bitter poker can be, as his attraction towards Madonna leads him to falling for a trap laid out by a hustler-acquaintance of Madonna’s. After losing all his money and pride, Il-Chul is hanging by a thread; that is, until an unidentified Tazza, Ae-Goo (Ryu Seung-Bum), comes in to save him. Ae-Goo gathers various Tazzas from around the nation and strategizes a plan to collect a massive amount of money through poker. The “One Eyed Jack” team begins a project that’ll change their lives forever.

<Tazza: One Eyed Jack> has received a lot of negative criticism, some even claiming it ruined the “Tazza” franchise. I admit, the first Tazza film, <Tazza: The High Rollers>, was an amazing film; one that will go down in Korean cinema history. However, the third of the series wasn’t as bad as what some people are making it out to be. In fact, the second of the series <Tazza: The Hidden Card> received a similar reaction when it was originally released, but I enjoyed that film as well.

No matter how they produced this movie, I believe negative criticism would’ve been inevitable. Even if they decided to portray a similar theme as the first movie, it still would’ve faced criticisms. This is because the <Tazza: The High Rollers> is considered by many as one of the best Korean movie, ever; a series that shouldn’t have been made into a series. There’s some merit to this argument, however, putting aside this matter and looking at the movie for a movie itself, <Tazza: One Eyed Jack> was an entertaining movie.

The first Tazza movie was released in 2006, and the second in 2014. This means there’s a 13-year gap between the first and third, and a 6-year gap between the second and third. From 2006 to 2019, and 2014 to 2019, there were a lot of shifts in the cultures of filmmaking. The style of movies has drastically changed from then and now, and I’m actually happy that they didn’t try to maintain the same characteristics of the original Tazza movie. If so, it would’ve felt very outdated. 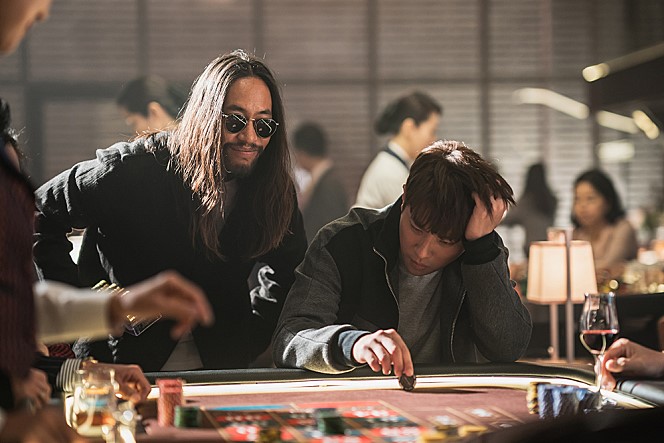 Furthermore, I’m very happy they decided to keep up the tradition of having the Tazza movie be rated R. From watching the trailers, I was afraid the movie would be PG-13. However, the movie was rated R for gore, sexual scenes, drinking/drug use, gore, and, obviously, gambling. If the movie would’ve been PG-13, it would’ve felt way too censored and lose all elements that makes a Tazza movie, a Tazza movie.

Moreover, Ryu Seung-Bum and Park Jung-Min are great actors that put on amazing performances. Ryu Seung-Bum has such a unique vibe and style, and his presence alone has an incredibly strong impact on the movie. His costar, Park Jung-Min, was excellent as always. I feel like you can place him in any movie, in any role, and he’ll find a way to kill it. 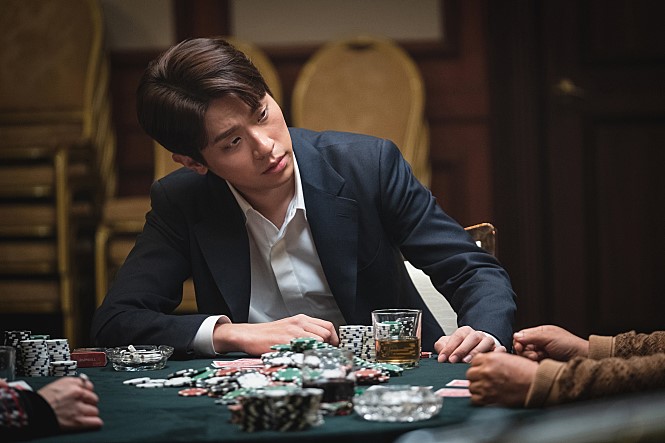 While there was good acting by some actors, some, on the other hand, were pretty hard to watch. I mentioned that Ryu Seung-Bum and Park Jung-Min put on outstanding performances, but as for the others, it wasn’t their best. First, I found Yoon Je-Moon’s acting to be very cringe. The movie in general, in fact, had lots of cringe elements, yes, but Yoon Je-Moon’s performance took it to another level. I feel like he overdid it, and it felt as if he was trying too hard.

Also, Lee Kwang-Soo’s acting wasn’t necessarily bad, but I can’t say it was great either. In my other reviews and the EonTalk Movie Awards 2019 video, I mentioned that Lee Kwang-Soo put on an amazing performance in <Inseparable Bros>. However, although he was funny in this, I can’t say he delivered a good acting performance. Quite possibly because his role/character in the Korean variety show <Running Man> is so strong, but it expands onto and has effects on his movie roles as well, or at least in <Tazza: One Eyed Jack>. He tries to be serious, but ends up being funny, almost making it feel as if there was a mismatch in casting. And this is most likely the reason why his costars on <Running Man> make fun of him so much on the show. 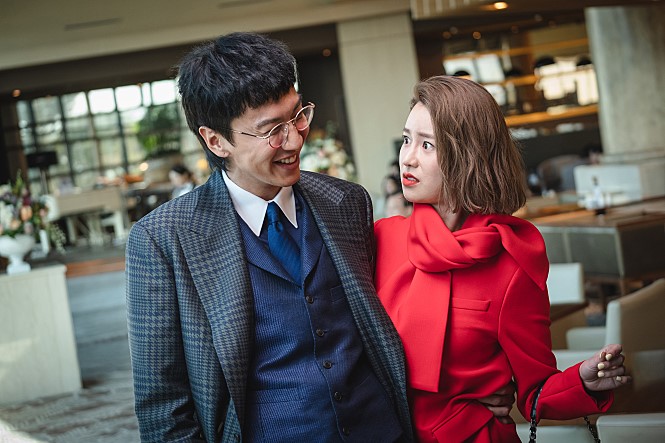 And lastly, because the movie is based on the game of poker, if you don’t know the rules of poker, it may be hard to understand. This does not mean you won’t understand the movie or won’t have a good time, but you may face a little confusion/not understand all the lines.

Despite a lot of what people said, <Tazza: One Eyed Jack> was actually pretty fun. Due to the “Tazza” name value and the first movie’s critical acclamation, people hold it to a higher standard. Sure, the story wasn’t as well-rounded and strong, nor were the acting or progression as good as the first, but taking it away from the original Tazza, it’s a pretty enjoyable film. It’s like a mixture of the Hollywood films <21> and <Now You See Me>; Like a <Now You See Me> poker/gamble version. I’d say it’s worth giving it a light watch!