Hello and welcome back to another EonTalk movie review. This is the third review of January-released Korean films, the others being <The Man Standing Next> and <Hitman: Agent Jun>. <Mr. Zoo: The Missing VIP>, or simply just <Mr. Zoo> from here on out, is the third animal-related movie of January, the others being <Secret Zoo> and <Dolittle>, and has a very similar concept as the latter. <Mr. Zoo> stars 2 A-list actor, Lee Sung-Min and Shin Ha-Gyun, and 2 lesser known, newer actors Bae Jung-Nam and Kim Seo-Hyung. This is the 2nd movie Lee Sung-Min starred in in January 2020, the other being <The Man Standing Next>, and his role in this is very different from <The Man Standing Next>. He plays a very, very serious role in <The Man Standing Next>, and the movie itself is very serious as well, whereas in this film, he plays a very comical role. The character he portrays, Mr. Zoo, is a germaphobic NIS agent with very serious OCD. Because of this, Mr. Zoo hates animals in the beginning, but this gradually changes as he’s able to start communicate with them. 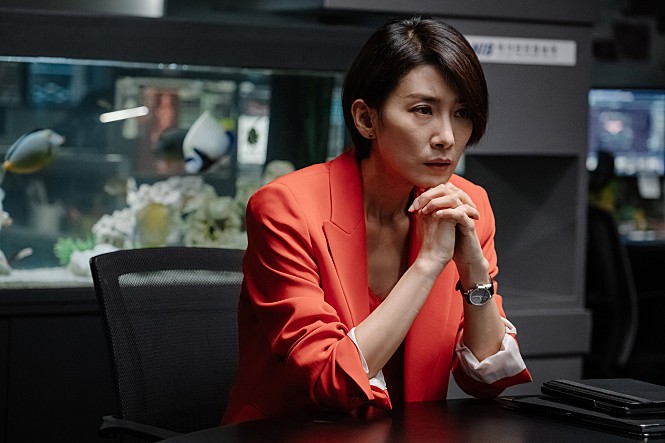 The ace agent of the NIS, Ju Tae-Ju, or otherwise known as Mr. Zoo, was given the mission of escorting a VIP envoy from China. During the operation, Mr. Zoo encounters an accident, leading the VIP to be lost. However, this isn’t the only weird event that occurs; following the incident, Mr. Zoo is able to hear the voices of animals, and communicate with them. Director Min and Man-Shik, colleagues of Mr. Zoo’s in the NIS, begins to think Mr. Zoo has gone crazy, which is understandable, and so Mr. Zoo partners up with Ali the Military Dog, to find the special envoy. With the teamwork of human and animals, the mission to find the VIP begins!

First off, the cast of <Mr. Zoo> was fairly good. It gave an opportunity for newer, lesser known actors to get their names out and show their talent. Case in point, Bae Jung-Nam and Kim Seo-Hyung. Bae Jung-Nam’s acting was actually pretty funny and suited him well. The character has a very strong Busan dialect, but this was very natural and well-suited, as he himself has that heavy accent in real life. His dorkiness matched very well with the comical side of the Man-Shik character.

Furthermore, the female lead was played by Kim Seo-Hyung, who really got the limelight from the coordinator character she played in the K-drama <Sky Castle>. It was great to see her in a movie as well.

Moving along to the other main lead, Lee Sung-Min. It’s truly incredible how wide of a range of characters Lee Sung-Min can play. Lee Sung-Min has a very long list of movies he’s starred in, including <The Beast>, <What a Man Wants>, <The Man Standing Next>, <The Sheriff in Town>, <The Spy Gone North>, <The Witness>, <Real>, and more. The characters he plays can range anywhere from extremely goofy and comical, to very serious with extreme suspense. 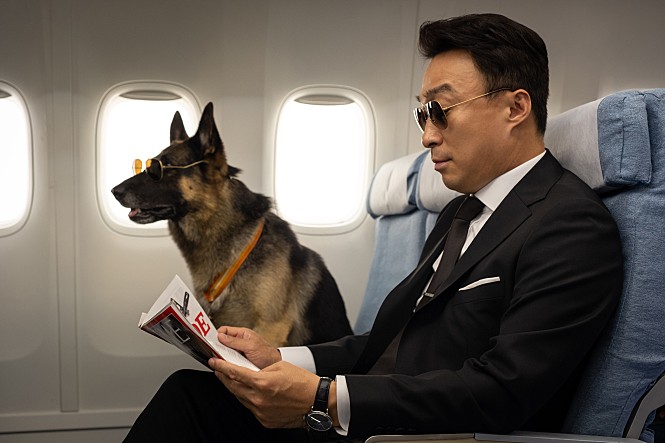 Other than the main leads, the movie also featured lots of voice cameos. I loved that the voice cameos in <Mr.Zoo> were of those that have very unique voices, and are very recognizable. The film featured the voice cameos of Yoo Ina, Kim Soo-Mi, Lee Seon-Kyun, Lee Jung-Eun, Lee Soon-Jae, Kim Bo-Sung, and Park Jun-Hyung, all of which were of animal characters.

I’d say <Mr. Zoo> was a movie targeted towards children, as it had lots of childish humor that kids would enjoy. I could see myself really enjoying this movie if I’d have watched it when I was a kid. But although the comedy was very child-like, there were also scenes that were actually genuinely funny. There were several hidden humor points as well, such as <Sky Castle> references, and so I think it’s a film that families with kids can enjoy. To add onto this, it also showed that there’s a lot to learn from animals, and so it has good lesson points for kids.

And finally, the movie had fairly good effects. The animals were believable, and although it wasn’t 100% natural, I think it got the job done. It must’ve been extremely difficult working with the animals and getting all those effects down right, so you have to appreciate the staff and actors’ hard work. 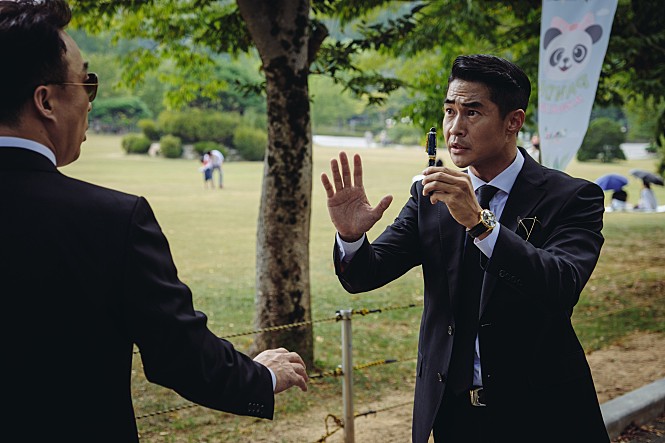 <Mr.Zoo> is by in no means a new or original idea. In fact, another movie with a very similar concept released earlier this month <Dolittle>. There also was the famous animation show from back in the late 90s~early 2000s <The Wild Thornberrys>, where the protagonist can talk to animals. And other shows also featured the “ability to talk to animals” in their episodes as well. Maybe because it’s a topic that we’ve seen in a lot of different circumstances, but the idea wasn’t anything original, and so I wasn’t very inclined to watching.

Also, as mentioned before, there were lots of childish humor. The movie was filled with over-the-top, cringey comedy, and that’s why I said it’s a movie targeted towards children. If you are of legal age to drink, I’d say you’ll most likely find the comedy to be too childish.

Moreover, the movie not only had a very unoriginal topic, or maybe because it had such an overly-done topic, the story was very predictable. Top that off with trailers that gives away too much, and you can probably guess the whole story without even watching it. And maybe because of the predictable storyline, but the movie felt too long, especially for a children’s comedy. 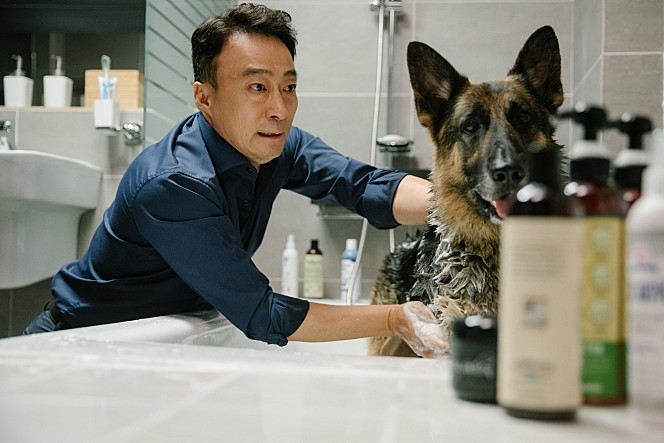 And finally, the last negative remark I have of the film is the English acting. As I’ve mentioned over and over again in my previous reviews, I feel like English and acting is a zero-sum game in Korean movies. It’s either you have a very good English-speaking actor that can’t act, or a very good actor that can’t speak English, thus takes you away from the movie. This was the case in <Mr. Zoo> as well.

<Mr. Zoo> was a very childish movie targeted towards children, so don’t go into it with high expectations, and don’t watch too seriously. It’s another movie to watch with the family, like <Hitman: Agent Jun>, so go into it as a light watch. If you love animals and movies like <A Dog’s Way Home>, I say you may enjoy <Mr. Zoo>