“We may not have much money, but we have pride…”

<Veteran> was a melting pot of comedy, action, and thriller, giving it a very unique and unusual feel when watching. Some may say it bounces around in tones too frequently; others may claim it lacks identity. I, on the other hand, thought it had a good balance of humor, suspense, and action, as well as great acting. 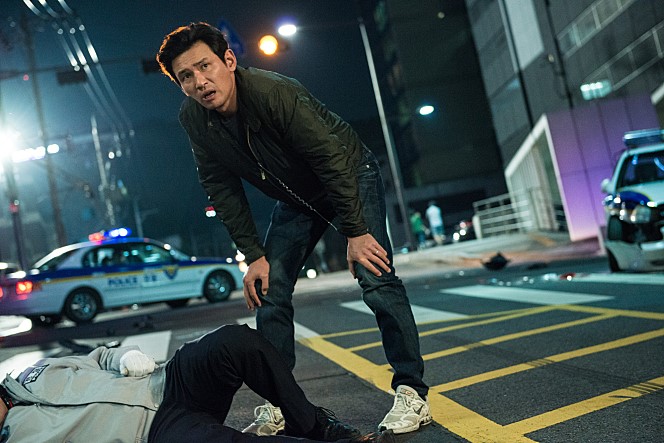 Directed by Ryoo Seung-Wan, who also directed <The Battleship Island>, <The Berlin Fire>, and <The Unjust>, the lineup featured on <Veteran> is  incredible. For the main leads, there were Hwang Jung-Min, Yoo Ah-In, Yoo Hae-Jin, and Oh Dal-Soo. But what makes this film’s cast even greater is its supporting cast members. Jung Woong-In, Jang Yoon-Joo, Jin Kyung, Park So-Dam, Lee Do-Hui, Bae Sung-Woo, and Oh Dae-Hwan are just a few of the many supporting actors that, in other films, could/do play the main roles. The movie had over 13 million box office sales, which is an incredible feat in Korea. To put into perspective, <Veteran> recorded just under the Hollywood film <Avatar> at 13.41 million, and the highest recorded box office movie was <The Admiral: Roaring Currents> at 17.61 million. Overall, <Veteran> ranked #6 in terms of box office sales in S.Korea.

The notorious ‘Crime Investigation Team,’ known for being fearless, persistent, and flawless, successfully completes another case that they’ve been working long and hard on. ‘Seo Do-Chul’ (Hwang Jung-Min), a hardheaded member of the team, goes out in celebration to a club and meets ‘Cho Tae-Oh’ (Yoo Ah-In), a son of a Chaebol, in a VIP room. Do-Chul gets a strange feeling about Tae-Oh, and his instincts tell him to have a close watch on him. And sure enough, he begins to see connections between Tae-Oh and a serious incident that takes place involving a mutual acquaintance. As Do-Chul takes it upon himself to get to the bottom of the case, he’s constantly warned by Tae-Oh’s team and even his supervisors to back down. But he stops at noone’s threats, and aspires to take Tae-Oh down to bring justice to the system.

The biggest positive factor of <Veteran> has to be its amazing cast. As mentioned in the beginning, both the main and supporting cast members of this film were absolutely incredible. Hwang Jung-Min is one of my favorite actors of South Korean film, and he proves his skills once again in this. I’m always amazed at his ability in portraying his characters; from the good guy cop in this movie to the bad guy thug in <New World>, he’s able to digest any roles he’s assigned.

Moreover, Yoo Ah-In’s performance was shocking. The tone of the film suddenly changes drastically the moment he comes on screen. He just has a strange presence to him that brings chills when watching. His “This is ridiculous” (“어이가 없네”) movie quote was one of the most memorable quotes out of Korean film of the decade.

The main characters weren’t the only amazing roles in <Veteran>. The supporting members were so diverse and talented that it was difficult to separate the main from the supporting actors. Some of the supporting actors actually do play the main roles in other films! Also, it was a pleasant surprise to see Don Lee (aka Ma Dong-Seok) make a special appearance near the end as the “Artbox” owner (which is like an office/beauty/convenience supply store, much like “Morning Glory”). 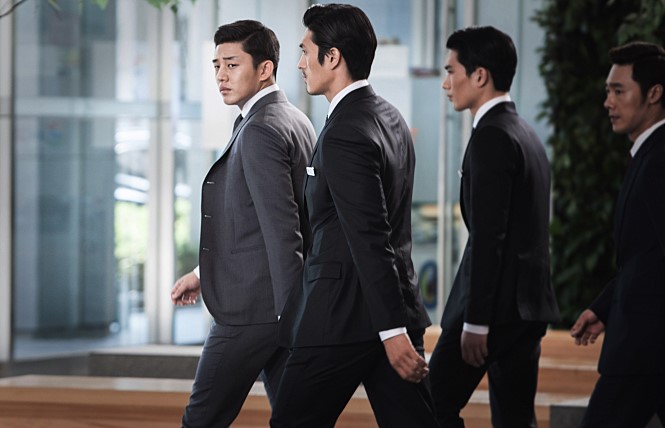 I enjoyed the mix of comedy + action <Veteran> had. It kind of had the vibe of <The Outlaws>, <Master>, <Inside Men> and <New World>, but with more comedic elements. I love these types of films; the ones with crime/Chaebols/gangsters and their back stories. The initial movie that made me fall in love with Korean film was <New World>, and although I have yet to see a movie that surpasses my liking of <New World>, I enjoy movies with similar narratives, nonetheless. It makes you wonder how true the hidden corruption really is…

I found the film to be extremely funny when it initially released, but maybe because I’ve seen it multiple times, it wasn’t as funny seeing it this time around. Time’s have changed, and trends change over time, so maybe that’s why it doesn’t seem as “originally funny” anymore. This just shows how fast trends change, especially in entertainment. However, I will say that it does have replay value, as this was like my third or fourth time watching. 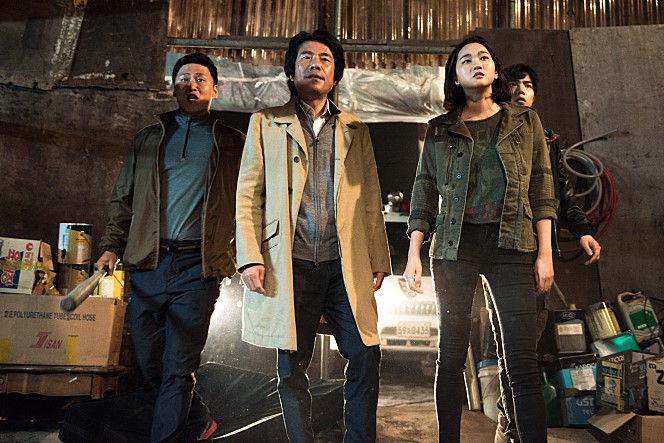 Furthermore, the movie doesn’t really have a deep meaning, nor does it have a great story flow. Like I said before, some may feel that the story jumps around too much. From comedic scenes to thrilling scenes to action-filled ones, <Veteran> is constantly busy balancing the three pillars of humor, suspense, and action. Now, I will say I enjoyed this trinity and that they executed it very well, but I can understand people that may call it silly.

And seeing this film after watching <Extreme Job>, I couldn’t help but to find similar aspects between the two productions. For example, both had very “childish,” slapstick, cringe humor. Maybe I found this to be humorous back in 2015 when it first came out? But seeing it in 2019, I couldn’t help but feel it was just a little over the top. It may be that I grew out of this type of humor, but that’s just personal preference. The two movies were also similar in the sense that they were both about detectives trying to investigate a case, had a good amount of action scenes, and had supermodels as a member of the Investigation Team (Jang Yoon-Joo and Lee Hanee). I may have to go and rewatch <Extreme Job>, seeing how many similar qualities these two movies have… Maybe I went into it with too much of a serious mindset, because I enjoyed <Veteran> way more than <Extreme Job> 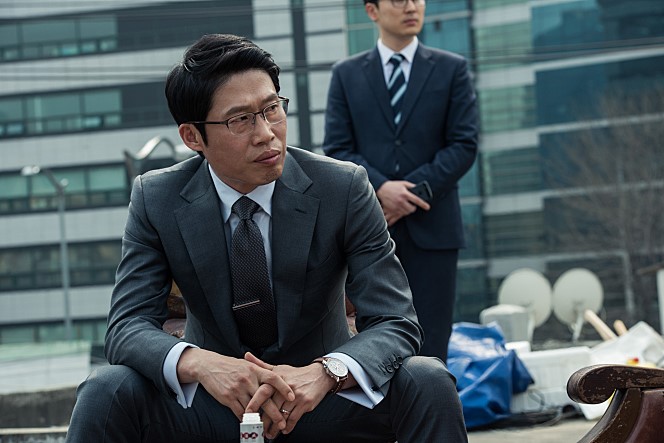 I remember seeing <Veteran> in theaters when it first came out in 2015. I recall being very satisfied with it, and even watched it a few more times when it aired on TV. It’s not only a great watch the first time around, but something you can watch lightly several times afterwards, too. Definitely has replay value!

Acting and the cast members alone are reasons to watch <Veteran> if you haven’t already; such incredible actors and actresses in this. However, it is a little outdated in terms of comedy, in my opinion. I gave this a Ticket Price Value of $12, but it definitely would’ve been higher if I had rated this back when it initially released.