“Death is not the end, but the beginning…”

My oh my was this a freaky movie… From the very first scene, it was extremely eerie. If you’ve read my review for the movie <The Wrath>, you know how much I hate horror films. I’m really bad with ghost/demon stories, and get pretty paranoid after watching. But with <SVAHA: The Sixth Finger>, I didn’t think it would be that scary, and thus went into the film without much hesitation. But oh man, this was so much more chilling than <The Wrath>… 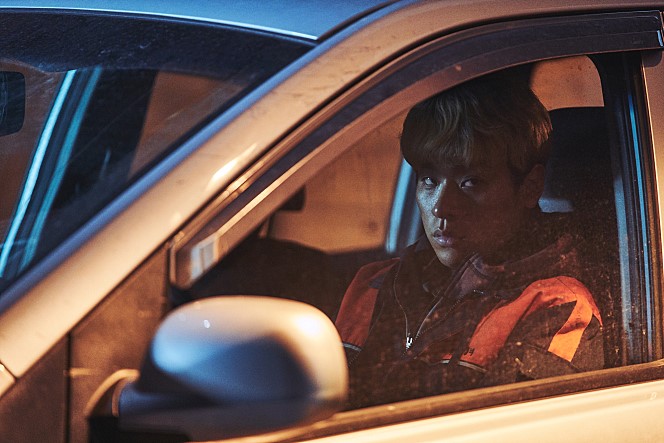 Directed by the same person that directed <The Priests>, Jang Jae-Hyun, <SVAHA: The Sixth Finger> stars Lee Jung-Jae, Park Jung-Min, and Lee Jae-In. It also has a pretty good supporting cast with Jung Jin-Young, David Lee, Jin Sun-Gyu, and more. I’m assuming the director has some fascination in religion/superstition, as a lot of his previous works were related to fighting demons (e.g. <12th Assistant Deacon>, <The Priests>, <House of the Disappeared>).

I believe what made <SVAHA: The Sixth Finger> very freaky was the fact that a lot of what takes place is unknown to the common person. It revolves around religion, but is very specific in the type of religion. In a broad sense, the “religion” in the film is Buddhism; but it’s a very specific type of cult branched out of Buddhism. If you are unfamiliar with the very detailed specifics of Buddhism, I assume you’ll also be very creeped out by what takes place. 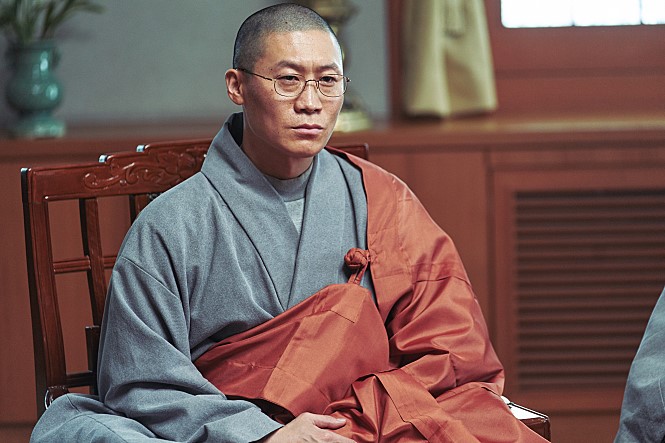 In a rural area far from the city, a pair of twin sisters are born. “Geum-Hwa” (Lee Jae-In) was born with a disabled leg, and her older sister, whom does not have a name, was forseen to die without living too long. However, both have lived up until now, 16 years later. Meanwhile, Pastor Park (Lee Jung-Jae), a member of the Institute of Religious Affairs, starts looking into a cult he’s discovered. And when a young girl’s body is discovered following a tunnel accident, Pastor Park begins finding correlations between the two. Unfortunately, the suspect of the tunnel accident commits suicide before the investigation officially begins, but Pastor Park manages to find the last person that talked with the suspect. As his investigation grows deeper and deeper, he finds more and more connections between the twins, the cult, and the tunnel incident.

One huge positive aspect of the film was the atmosphere it was able to create. I don’t think I’ve seen an eerie film such as this since <The Wailing>, which came out nearly three years ago. As mentioned briefly before, the film revolves around the overall premise of religion, more specifically a cult. This cult has background in Buddhism, and the details that were put into it were quite surprising. I find religion to be one of the scariest ways to creep you out, since there actually are people that believe in this stuff in real life.

Religion is huge in Korea; it’s nearly impossible to not see a church wherever you go in Seoul. If you go on top of a building and look down, you’ll be astonished by the number of lit up crosses in Seoul. But what’s even more shocking is that not all of these churches are the common Christian churches you and I are familiar with. Extremist cults really do exist in Korea, and it’s not uncommon to come across them. I’ve ran into multiple missionaries of these religions trying to promote and recruit new people on the street, and also have heard numerous stories of these cults luring people in and performing preposterous things. Thus, it was very creepy watching this film, knowing that this stuff actually can/do exist. 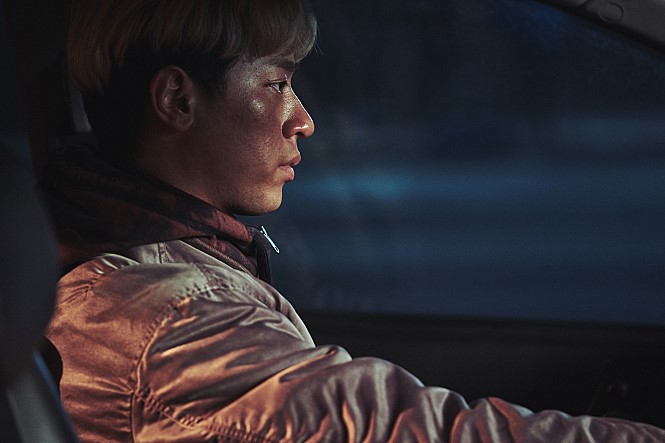 However, the movie wasn’t all-out, 100% scary. It had several light/funny scenes every now and then to keep it from being too eerie. I believe it did a good job in balancing the two; I’d say it was about 80% horror and 20% light. Also, sound played a huge part in the film. The eerie music, sound effects, and voices made the movie twice as freaky, and could definitely keep you up at night if you recall it when you’re home alone.

Apart from the freaky-factor, the film had incredible acting. Lee Jung-Jae definitely has one of the most prominent voices in Korean cinema; one that has a distinct tone and ring that just captures your ears. Furthermore, the other actors, both main and supporting, were great as well. Park Jung-Min, who played the antagonist, definitely placed himself on the map as a talented actor, showcasing a very horrifying performance (in a good way). 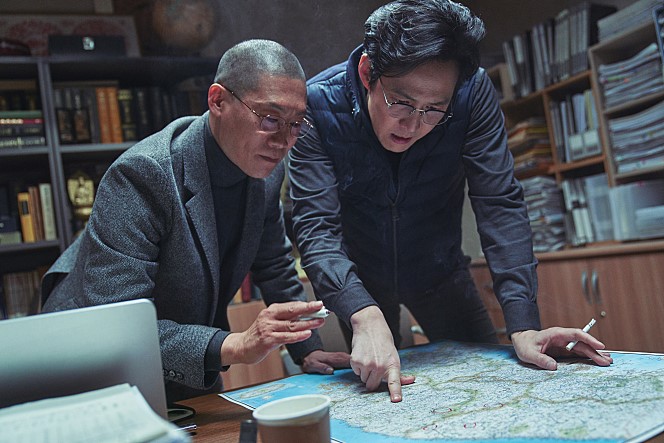 The spoken English in this movie was acceptable. I’m not sure if it’s because my standards and expectations of English in Korean film has been lowered so much, but I found both the English speaking by the Koreans and acting by the foreign actors to be fairly good. No, they didn’t have the best pronunciations, but it was comprehensible.

The biggest downfall of <SVAHA: The Sixth Finger> came near the end. I thoroughly enjoyed the movie up until when the “reveal” came; the narrative just took a very disappointing turn of events, and left not only me but other viewers confused and disappointed as well. I won’t say too much, as this can lead to spoilers, but I felt that I needed to say this because I liked the movie up until that point.

Another negative of the film was the it didn’t really have a purpose. I came out of the theater asking myself, “So, what was the meaning behind it?” The movie did a great job in explaining in detail all of the necessary information needed to grasp the idea of the “religion” it was talking about. But it almost feels like it was pointless, as the ending result was nothing but an empty, unsatisfying conclusion. What was the point of explaining all of the specifics of the cult? Surely it wasn’t to attract people to extremist religions. Was it merely to warn people of dangerous cults?

And finally, the film had several pointless scenes. For example, the beginning where the goats cry, cows collapse, and the shaman performs her rituals. What the hell was the point of that? Sure, it was freaky AF. But it had no relation to the rest of the film, and doesn’t return ever throughout the movie. Maybe it was to set the dark, eerie scene? But if that’s the case, they could’ve definitely done it with something that’s more fitting to the story. Oh, and the cops? I don’t see the point of including them in the story. Because they took up a large chunk of the duration, I thought there’d be more meaningful purposes for them. But no…

What <The Wrath> lacked, <SVAHA: The Sixth Finger> made up for in terms of horror. There were no unnecessary jump scares, but had genuinely creepy scenes. The film was great up until around the 70% mark, where the story just falls apart from then onward. However, it was good from the beginning to that point, and if you enjoy horror movies, I’d recommend watching. This was one of the most freakiest movies I’ve seen recently.