“What are you doing here?”

Man oh man was this a thrill ride. I’ve been looking forward to <Door Lock> ever since I first saw its trailer. We haven’t had a great thriller out of Korea in a while; there was <The Witness> but this wasn’t something that was out of this world or game changing (it was pretty good though) and it came out nearly 4 months ago. I went into <Door Lock> with very high expectations, and after the movie ended, I’d say I was satisfied! 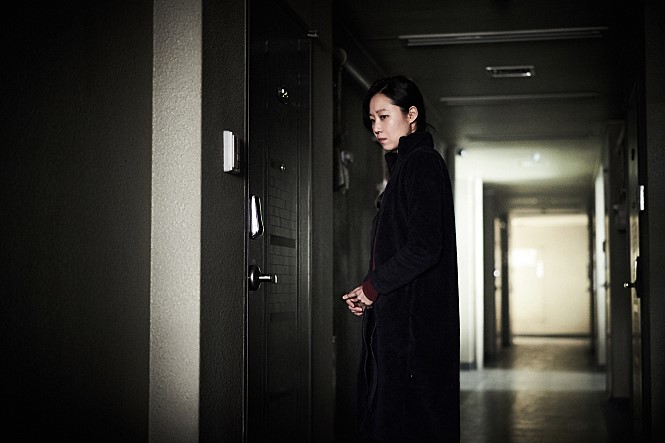 <Door Lock> was directed by Lee Kwon, whom I haven’t seen other movies from, and was based on the Spanish film <Sleep Tight>. The film features an impressive lineup, with Gong Hyo-Jin, Kim Ye-Won, and Kim Sung-Oh as the main cast members, and Cho Bok-Rae and Lee Ga-Sub as the supporting cast members. I’ll admit, the full cast isn’t the most extraordinary; I mean, take a look at the cast for the other highly anticipated December film <Drug King>. However, the chemistry between the actors, and the performances by Gong Hyo-Jin and the two supporting cast members were amazing. The film was definitely one that has the potential of keeping its audience up at night.

Kyung-Min is an average female living by herself in a studio apartment. When she gets to her place after work, she finds her door lock cover left open. Slightly scared of this, she changes her password. However, just before she goes to sleep, she hears someone trying to unlock her door. Startled by this, Kyung-Min calls the police. Yet, the cops only show annoyance and no sympathy towards the frightened Kyung-Min. A few days later, she finds more hints of someone trying to enter her home, and a murder incident occurs. Realizing she’s not safe and that the police are not to be trusted, she starts investigating on her own. A door lock case left open, unknown fingerprints on the keypads, and a cigarette bud found in front of her door; someone’s here!

One positive aspect of this film was that it definitely had one key quality that true thrillers should have: suspense. This is a very basic but core element; not all thrillers have it, but all great ones do. I was on the edge of my seat throughout the film, and it’s nearly impossible not to be tense while watching. The movie was a crazy, thrilling ride and without a doubt can be labeled as a genuine thriller.

Furthermore, it’s not only a thriller but also has mystery as well. You start to wonder “what the hell’s going on?” as the movie progresses. Up until the first, I would say, 15 minutes or so, it’s not too different from any other thriller films. However, the story gets really strange and multiple theories start to run through your mind. 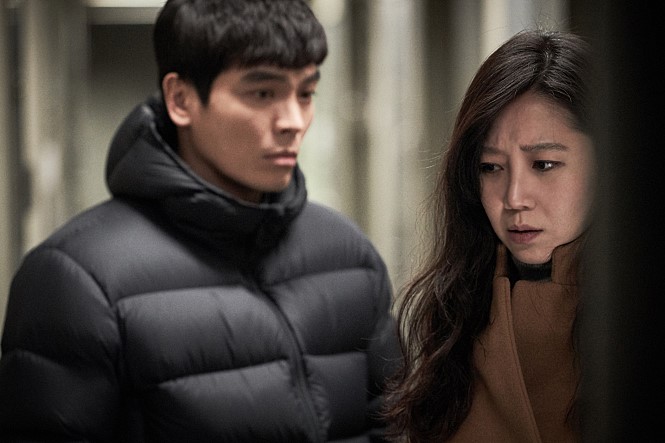 Moreover, the movie is a thriller, but I think people that are easily scared could also enjoy it. As I was coming out of the theater, I could hear people around me saying that although they hate horror films, but that this wasn’t too scary and was tolerable. And I would have to agree! For readers that have read my <The Wrath> review, you know that I’m not a fan of horror movies. However, this was definitely worth the watch. I can’t say that there weren’t any jump scares, but it’s not a film that constantly tries to scare the viewers with unnecessary screamers. Plus, the occasional humor points definitely help give it more of an entertaining mood.

In addition, another feature that’s worth noting is the acting. Gong Hyo-Jin’s performance was so, very, extremely well performed. She seemed genuinely scared; as if she was actually in that scenario. If anything, her acting is what sells the movie and, on its own, worth the watch. Likewise, the supporting casts’ performances were executed well, too. I hadn’t seen the two supporting cast members (Cho Bok-Rae and Lee Ga-Sub) before, but their acting were chilling. 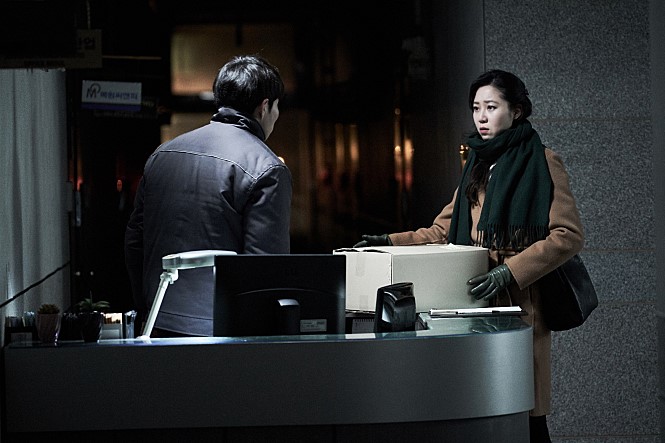 Despite it being extremely suspenseful, there were moments of thrill that were generic. Scattered throughout were scenes you’ve seen in other thriller films before, making it pretty predictable what’s going to happen next. Also, if you’ve seen all three of the trailers, you’ve seen a lot of the film already. No, the trailer doesn’t tell the whole story, and yes, there are more great scenes; however, I could recall several key scenes from the trailers that made the next scene very foreseeable.

The film could be divided into three parts: (1) Trailer, (2) Freaky and Strange, (3) Gruesome. It’s this first (1) Trailer part that is too revealed through the previews. The (2) Freaky and Strange part is what I’ve mentioned above in “The Good” section, and the movie takes another turn with the third (3) Gruesome part, which I’ll leave for you to watch on your own. To have the utmost suspense, I’d suggest not watching all three trailers of the film before going into it; this’ll give it way more thrill when watching. 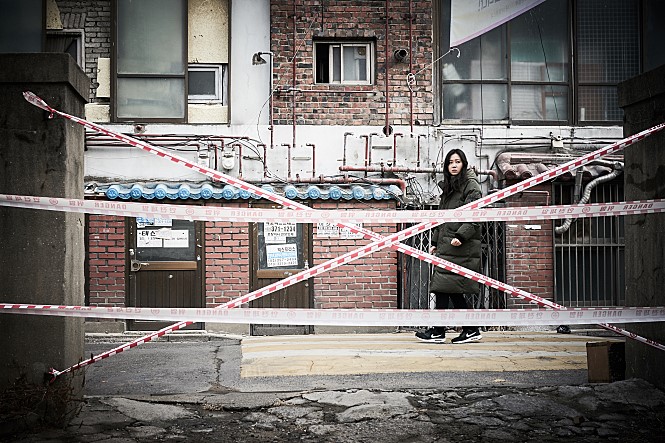 And finally, there were moments where I felt were too dragged out. It felt like it was prolonged too much to give it more suspense. But then again, that’s what thrillers do. It keeps the audience at the edge of their seats, not knowing when it’ll end/what’ll happen next.

All in all, this was a great thriller that I’d highly recommend if you love the genre. And even if you don’t, it’s not so scary that you’ll wet your pants. If you want the maximum thrill, would be best to not watch the trailer(s), or at least not all three versions, before seeing the film.

Please keep in mind that almost all homes in Korea have these “door locks.” It may be unrelatable for people that live in areas that don’t have these systems. But for me personally, I live in a similar studio apartment with a door lock as well; let’s just say, I’ll be pretty paranoid for a while (lol).