“That you didn’t do anything… That is your sin…”

I’ve been eagerly looking forward to this film ever since I heard about its premise: A zombie film taking place in the Joseon Dynasty? I’m in! I was able to grab a couple tickets to the pre-screening and cast interview, and so was able to see it a few days prior to its official release.

What do you get when you combine a list of amazing cast members, a new and original storyline, a director with proven experience, and a fitting time for a zombie film in relation to Halloween? A blockbuster hit! …or so in theory.

To give you my conclusion first, I wasn’t satisfied with the film. Despite my high expectations, the film didn’t really surprise me or exceed my anticipations (not sure if it even met it…). Directed by Kim Sung-Hoon, who also directed <Confidential Assignment> and <My Little Hero>, <Rampant> features two of the most highly-regarded actors in South Korea, Hyunbin and Jang Dong-Gun, as well as Jo Woo-Jin, Jung Man-Sik, Lee Sun-Bin, Kim Eui-Sung, Jo Dal-Hwan, and Park Jin-Woo.

The film revolves around possessed-people known as “Yagui” that have infested Joseon, and is spreading throughout the nation. These Yaguis are extremely similar to zombies; they are the bridge between ‘dead’ and ‘living,’ being infected and infecting others by biting. Hence, I’ll be referring to them as zombies hereon forth. These zombies are similar to those that were on the Hollywood film <I Am Legend> starring Will Smith: they are hypersensitive to the sun, and so their actions only take place during the night. 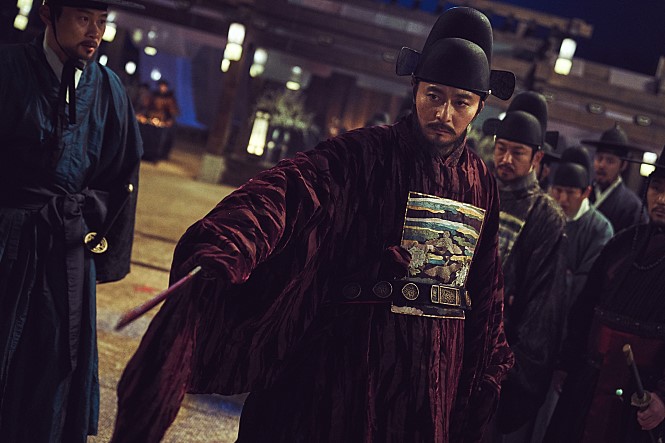 Zombies have taken over Joseon! These zombies only act during the night, and are neither living nor dead. Prince Lee Chung (Hyunbin) meets Park Jong-Sa (Jo Woo-Jin) and his team, who’s busy fighting off the zombies, when he returns to Joseon from Beijing. After learning of these possessed creatures, Prince Lee Chung decides, or rather is pushed into, teaming up to help them. Meanwhile, the King’s (Kim Eui-Sung) righthand Kim Ja-Joon (Jang Dong-Gun), a man of absolute evil, tells everyone that there are no such things as these so-called ‘Yaguis’, and that it’s a plague that’s spreading. As he schemes to overturn the nation, the battle between the hope of Joseon vs. evil begins.

The visuals of the zombies were on point. There was a comment on the Reddit post I made with the trailer of the film that the preview didn’t have any closeups of the zombies. However, the film itself does have numerous closeups of the zombies, and they were freaky AF. This was the second zombie film out of Korea in recent years, following <Train to Busan>, and with this they showed that Korean cinema can make zombies come to life (pun intended). The CGI, special effects, makeup were all great; although some of the visual effects other than the zombies wasn’t the best. And speaking of <Train to Busan>, the two movies had several similarities, like how Kim Eui-Sung is in both films and plays a rather despicable character.

Furthermore, the acting by the cast was good, which is basically a given considering the incredible cast members the film had. Hyunbin was way better in this than in <The Negotiation>, and Jang Dong-Gun’s villainous acting was phenomenal. He fit the role extremely well and looked very chilling. One of the biggest surprises, acting wise, was with Jo Woo-Jin, who played Park Jong-Sa, the man that fights alongside Hyunbin’s character. I say this because the role he played was profoundly different from the personality he had during the interview that followed the pre-screening. Comparing his acting from his actual self, it was very distinct, showing his potential and earning respect as a great actor. 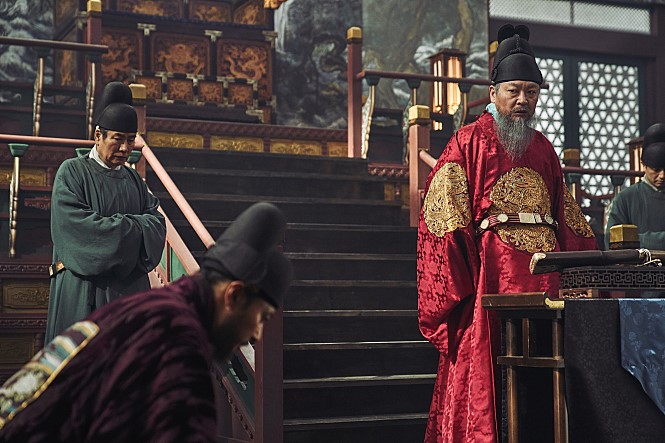 Moreover, although the overall cinematography wasn’t anything spectacular, the film was visually pleasing to watch during the scenes where the traditional dancing and musical performances of Korea takes place. The way they portrayed the traditions of Joseon and historical Korea in general was marvelous.

The movie reminded me a lot of <Monstrum>, the movie that was released a month prior. While that film was based on a beast and this was on zombies, both are based on a creature that appears in Joseon and commits mass murder, the “bad guy” has intentions of overthrowing the current king, the antagonist claims there isn’t a “mysterious creature” but rather that it’s a plague that’s killing the people, the characters in general (like a female that uses bow and arrows), the action sequences (especially near the end), the similarities goes on and on. If this were to have been released before <Monstrum>, I think it could’ve been seen as original; however, after seeing <Monsturm> first, it just seemed too similar. 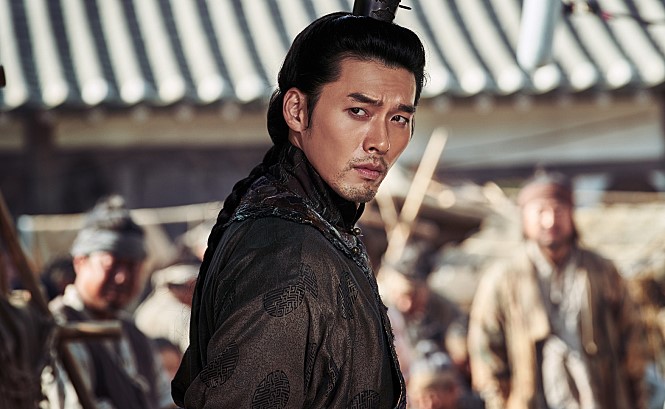 The movie lacked the thrill and suspense that zombie films like <Train to Busan> had. Sure, there were moments of tremble, but not on the same magnitude as <Train to Busan>. Also, it was not as relatable, since it was set in a totally different time period. Whereas in <Train to Busan> you could put yourself in the shoes of the characters, this didn’t have that connection with the audience.

As with majority of Korean historical movies, it may be hard to understand everything if you do not have profound knowledge of Korea’s history, culture, and old sayings/terms. This isn’t a negative of just <Rampant>, as virtually every film based on history requires some knowledge of its past. To be completely honest, I also did not comprehend 100% of everything that was said. Although every detail may not be understood, and subtitles would’ve definitely made it significantly easier to understand, the overall story was comprehensible.

In addition, the musical scores weren’t appropriate at times. I would be into the film, and the music would suddenly drag me out of it. 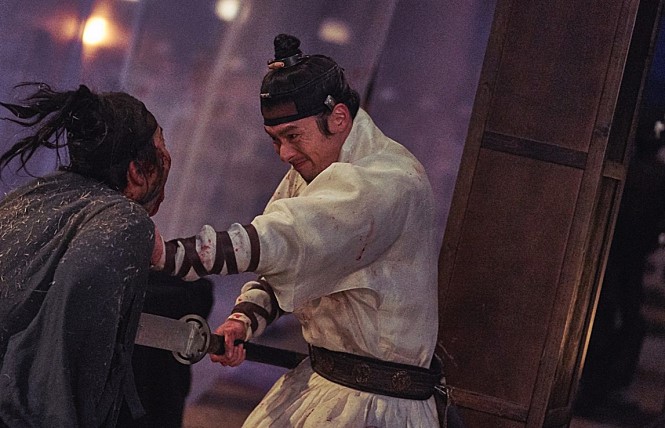 **Minor spoiler alert** There was a logical fallacy in the story. It didn’t make sense how long Kim Ja-Joon, Jang Dong-Gun’s character, was able to stay sane for so long. All other characters that were bit turned into zombies within minutes or a few hours at most, but the King’s righthand lived throughout the day and night.

And finally, the most disappointing part about the film was how it ended. The ending was very typical, predictable, and unoriginal, and left me unsatisfied. I feel like it could’ve ended with a clearer conclusion.

I have to give it to them in that they created a never-before-seen combination of zombies and historical films. However, possibly because I had high hopes for it, the film didn’t exceed my expectations. There were several historical films that came out the past couple months, and it wasn’t anything extraordinary compared to them. It wasn’t the worst, but wasn’t the best either; still worth the watch if you’ve got the time, nonetheless.