“Everyone lives three lives: A public life, a private life, and a secret life…”

This is another film that I had the awesome opportunity to attend a pre-screening and cast interview a week prior to its official release. <Intimate Strangers> is a remake of the Italian film <Perfect Strangers> that was released in 2016, and is a comedy with a list of great cast members. It just had that “feel good vibe” to it, and gave me the vibe of a Korean version of the American show “Friends.” It takes you on a rollercoaster ride of feelings full of mixed feelings, first making you wish you’d grow old with friends like that of the characters in the film, and later praying to God you don’t. From a very playful tone to a dog-eat-dog mood, to compassion and empathy, and more, you’re in for a treat with this latest Korean comedy. 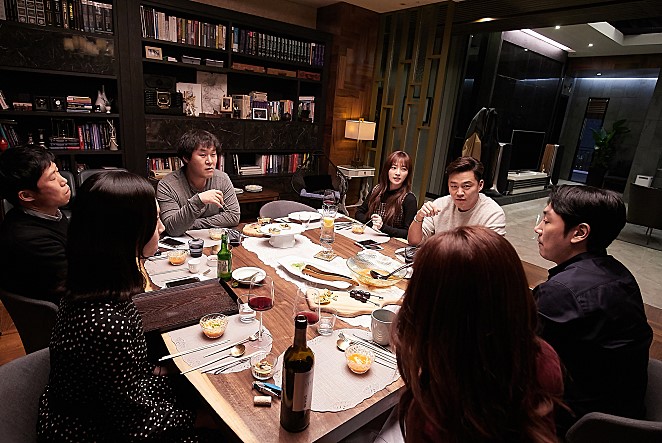 Directed by Lee Jae-Kyu, <Intimate Strangers> stars an incredible team of actors: Yoo Hae-Jin, Cho Jin-Woong, Lee Seo-Jin, Yum Jung-Ah, Kim Ji-Soo, Song Ha-Yoon, and Yoon Kyung-Ho. It also features voice cameos of 9 additional famous Korean stars, including Lee Soon-Jae, Ra Mi-Ran, Jo Jung-Suk, and more. The movie revolves around 7 friends, comprising of 3 couples and 1 divorced male, playing a game of “Phone Stack,” a game wherein which everyone places their phones on the table and has to reveal everything they receive (calls, texts, DMs, emails, etc.) during the duration of dinner. The film had a tone of comedy that’s unseen in other Korean works.

During a reunion of long-time friends of married couples, someone proposes playing a game. The rules are as follows: Everyone must place their phones on the table, and must share everything, from calls, texts, emails, messages, all of it, with the group. As the members’ phones start to ring and ding, the mood gradually shifts from a light, playful one to a serious and mysterious one. A game that started off as mere entertainment starts to reveal the deepest secrets of the players.

The movie was genuinely funny, which is the most important as this is a comedy film. As I mentioned above, it provides a tone of comedy that’s uncommon in Korean comedic films. The movie starts off lightheartedly with moments of humorous scenes, and continues to bring laughter throughout its entirety. The audience was actually LOLing and clapping; I can’t recall the last time the audience response was as great as with this.

Furthermore, it wasn’t only hilarious, but was touching and emotional as well, in a weird and strange way. You don’t know why you feel the feelings you do, possibly because you can relate to the characters and empathize with them. The mood goes back and forth between being comical and emotional, but doesn’t go full-fledged serious; from funny -> serious -> funny -> emotional -> funny -> touching -> etc. with “comedy” always as the overarching element. You know it’s a great film when a comedy flick can not only provide genuine laughter but other strong, mixed emotions as well. And I believe a lot of people, especially married couples, could relate with the main message of the film. 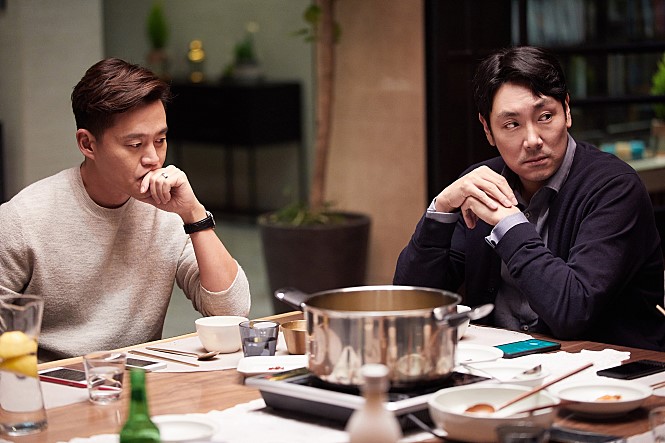 Moreover, the acting performances by the cast was great. It started off just ‘okay’ at first, but gradually got better and better, and was excellent at its peak. I believe this was done purposefully, to provide a lighter tone in the beginning, not giving too much emotion at first, but exploding with incredible emotional performance later. Also, the movie showed the range of acting skills the main actors possesses. Through this, you could see how Yoo Hae-Jin and Cho Jin-Woong can not only play very serious roles like in <A Taxi Driver> and <The Spy Gone North>, respectively, but also very light and humorous parts as well.

There weren’t that many “Bad” aspects of the film in my point of view, as I watched with a very light attitude (which I think is the approach one needs to take in watching comedies like this). Of course, if you were to watch with a very serious approach, there could be numerous negatives found. That being said, I found a couple elements I believe could’ve improved the film. First, the audio. The audio recording wasn’t the best and didn’t seem natural. You could clearly tell there were audio post productions, which is completely normal, but was too obvious and didn’t blend in with the visuals and background noise smoothly. The dialogue recordings near the beginning especially were like this. 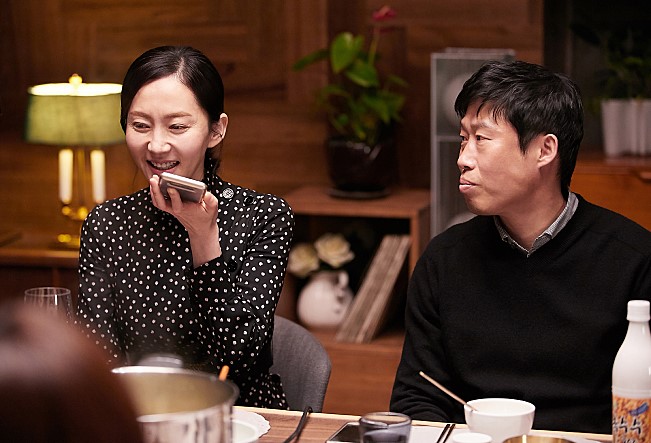 This may or may not be a negative, depending on if you’ve seen the original, <Perfect Strangers>. If you have, then it’s going to be predictable, obviously, and may seem cliché. I’d assume the overall stories are going to be very closely-related (I mean, the posters and the still cut photos of the two films are nearly identical). I’ve read comments of people who’ve seen the original, hoping that this remake wouldn’t have certain elements (which I won’t mention due to spoilers). But those parts were actually included. Thus, if you’ve seen <Perfect Strangers>, this may seem too predictable and not anything new.

However, I personally have not seen the original, and so didn’t have anything to base it off of. In fact, I assume most of the viewers wouldn’t have seen the original as well, since its targeted towards a Korean audience. In this sense, the story wasn’t that foreseeable or cliché; the humor was genuine and the narrative has several shifts that keeps you entertained. And even if you have seen the original movie, I believe this remake will have elements unseen in the original, with additions of Korean comedy and humor. 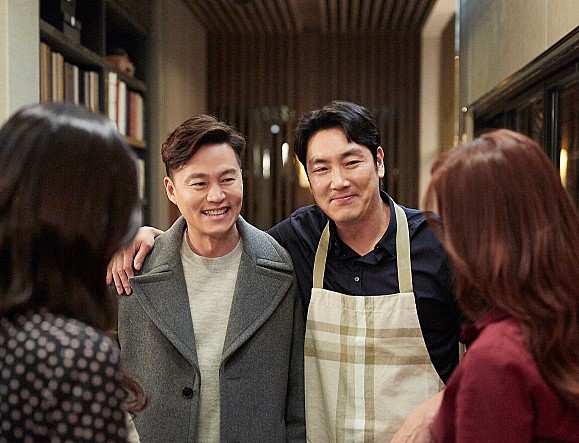 This is one of the best comedy films out of Korea recently, with genuine humor that’ll make you LOL. I highly recommend if you haven’t seen the original <Perfect Strangers>, and even if you have, could be a great watch as it has additions of Korean comedic elements.