“How do you predict this negotiation will end?”

Amongst the three films that were released on September 19th 2018, I personally was looking forward to <The Negotiation> the most. As I said in previous reviews, I am not a fan of historical dramas, and the other two movies released on the 19th were based in the older times of Korea, whereas <The Negotiation> was promoted as an action-packed thriller with top of the line cast members. The release of several historical films during the same timeframe had to have relations with the Korean Thanksgiving (Chuseok) approaching; <Monstrum>, <Feng Shui>, <The Great Battle> are all films released within 2 weeks that are based during the historical times of Korea. After seeing the film, I can’t say I was fully satisfied, but neither was I necessarily thoroughly disappointed. 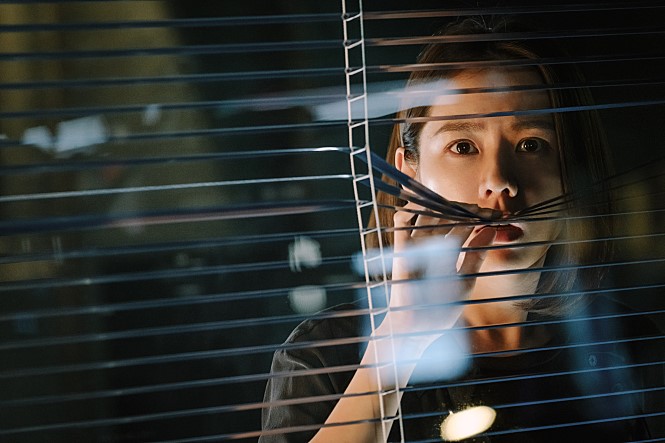 As with <Dark Figure of Crime>, I had the opportunity to attend a meetup of <The Negotiation> where Hyun Bin and Son Ye-Jin came to greet the audience. Whereas for <Dark Figure of Crime> the actors came in after the movie was over, Hyun Bin and Son Ye-Jin attended the screening before the film began. I personally like the former better, because the experience of the meetup doesn’t hinder your opinion/viewing experience of the movie itself.

Directed by Lee Jong-Suk (no, not the actor), <The Negotiation> was his first time directing a feature film. The main cast are two of Korea’s top actors in the industry: Hyun Bin, who starred in the legendary kdrama <Secret Garden>, and Son Ye-Jin, who recently was in the kdrama <Something in the Rain> and movie <Be With You>. Hyun Bin played the role of the “bad guy,” who is holding several hostages, and this was his first time ever playing an antagonist role. As for Son Ye-Jin, she took on the role of the “negotiator” for the “Crisis Control Team.”

Agent Ha Chae-Yoon is the best negotiator that the Crisis Control Team has, maintaining calmness in whatever situation she is placed in. However, after witnessing two kidnappers and the hostages they were holding die in front of her eyes, she becomes traumatized. Just ten days following this incident, a black-listed arms dealer of an international crime organization known as Min Tae-Goo kidnaps a Korean cop and reporter in Thailand. He then calls forward Agent Ha as the negotiator. With the reason and purpose of the abduction unknown, Agent Ha must negotiate with Min Tae-Goo and come to a resolution within the next 12 hours.

<The Negotiation> is categorized as a crime/action film, but it also can be classified as a comedy, as it has comedic elements scattered throughout the film. With its lineup, it’s hard not to have comedic aspects. Whether the humor was intended or actually funny is another question, but it had several playful points that had the audience laughing.

During its peaks, the film engages the viewers, offering thrilling and tense moments. Was the story mind-blowing and original? No. Were there room for improvement? Definitely. But it did have high points that sucks you in. The movie was amusing, albeit on a very elementary scale, and had compelling moments that engages the audience with thrill and action. 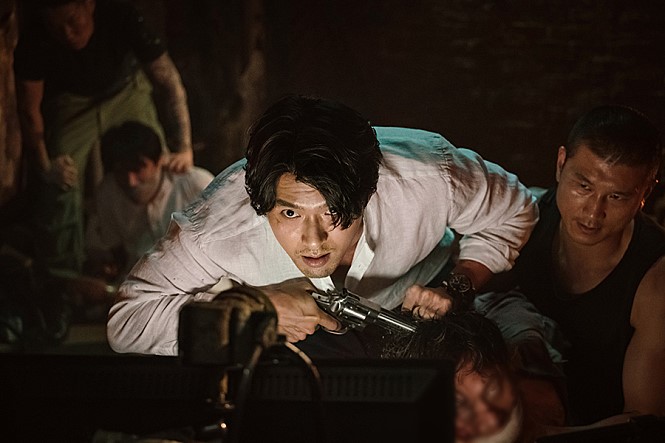 Hyun Bin and Son Ye-Jin are A-Class performers with many great works under their belt. However, <The Negotiation> definitely did not showcase the best acting by the duo. I have seen and know of their potential, but this was disappointing. The film was Hyun Bin’s first time taking on an antagonist role, and it just didn’t fit his image. Don’t get me wrong, he’s an amazing actor. But the character assigned to him was not the right role. In addition, the character Son Ye-Jin played was also unfit. However, you can’t put the blame on her, as the character development itself was amiss. Agent Ha is supposed to be a top-tier negotiator, which means she should be stern, rational, and headstrong. Yet, the character was extremely sensitive and put her emotions before anything else.

Furthermore, the relationship between the two actors in the story could’ve definitely been better. There was absolutely no chemistry between Hyun Bin and Son Ye-Jin. The story took place with the two main characters not actually being in the same location majority of the time, and had dialogues through webcams/screens. If this type of work is done right, then it can connect with its audience and offer great cinematographic experience (take <Searching> as an example). However, this was not the case, and once again, this isn’t the actors’ faults. 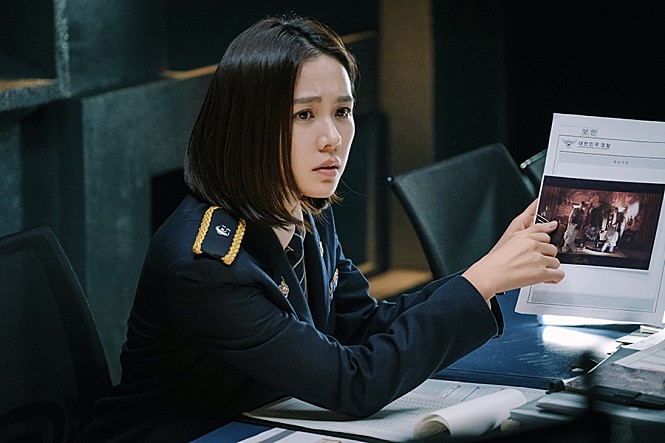 Another negative about the film that I must mention is that the story was way too predictable. It had absolutely zero uniqueness and had nothing new to offer, and everyone could probably predict the outcome of the story. It had a typical message against the corrupt system that we’ve excessively seen in Korean cinema.

The musical composition was terribly basic. It had highly generic scores, especially during its climaxes, and was as if it was out of YouTube’s copyright free library.

And finally, the movie was corny. There were funny, comical points, as I mentioned, but there were more corny scenes than actual comedic ones. Furthermore, there were a few funny scenes that probably wasn’t intended to be funny. The film was overall very cringe and cliché. 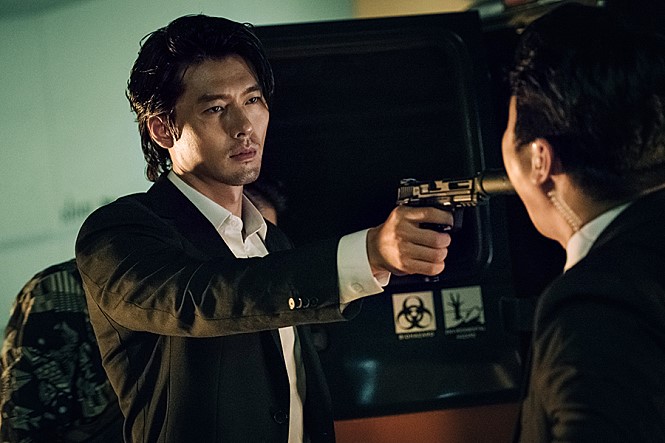 It seemed like even Hyun Bin knew the movie wasn’t that great, as he said to the audience during the greeting to tell everyone that the movie is good, even if it isn’t (lol). <The Negotiation> is not worth watching in theaters, but worth the time if it’s on Netflix and you just want to watch a light movie without too much thinking.