<Revenger> was just what it title entails: a movie about getting revenge. From the trailer of the film, you can tell that the movie will have lots of action and fight scenes. And boy do we get a lot of martial arts scenes. If you love these types of movies with martial arts fight sequences, you’ll love the action in this. However, I have to say that apart from this, the movie lacks in almost every aspect. 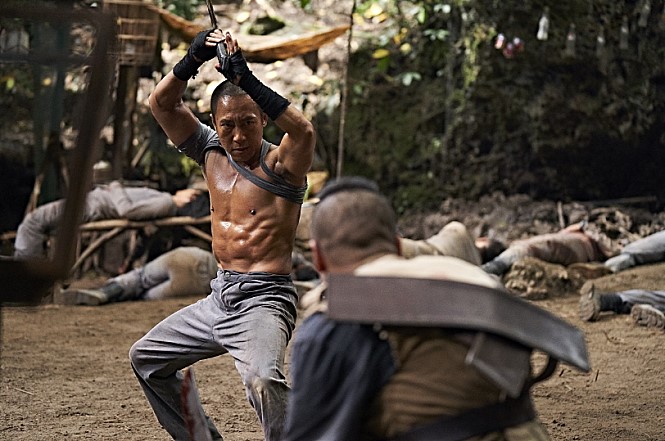 Directed by Lee Seung-Won, who was an assistant director on <Memoir of a Murderer> and <The Suspect>, <Revenger> features the main cast of Bruce Khan, Park Hee-Soon, Yoon Jin-Suh, and Kim In-Kwon. Judging solely from the lineup, the movie doesn’t feature the best cast members. And I must say, this heavily reflects the quality of the acting in the film (I’ll get to this later). Also, I honestly thought Bruce Khan was a non-Korean. However, upon research I found out that he’s actually Korean and that his real name is Kim Woo-Suk. Interesting… Maybe he’s using the “Bruce Khan” stage name to brand himself as a martial arts actor. This is why when he spoke Korean in the film, I was extremely surprised by how great his pronunciation was (duh, he’s Korean lol).

I was extremely disappointed at how little of screenings this had. The film released on the 6th of December. But even in Seoul, there were barely any theaters playing it and hardly any showtimes available. It’s strange how little this was played… It’s not as if this was an independent film (it was backed by “Little Big Pictures,” a big film production company in Korea), didn’t have any famous stars (just this year, Park Hee-Soon was in <Monstrum> and Kim In-Kwon was in <Too Hot to Die>), nor did it look like a horrible movie based on the trailer. Yet, there are only two, maybe three at the most, screenings per day, and it’s only been 5 days since its release. No, the movie wasn’t great; but it did have some awesome action scenes. 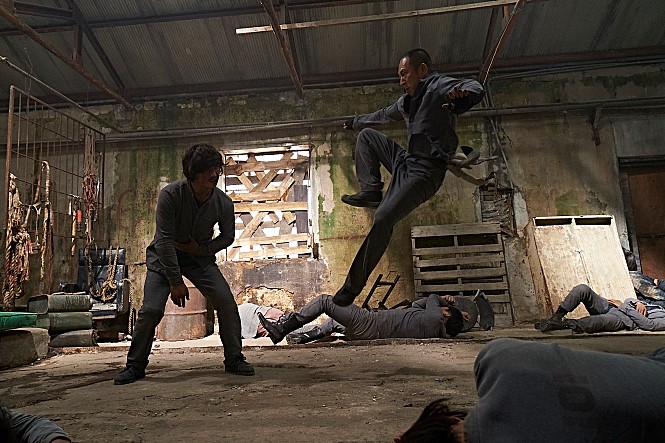 ‘Sura Island’ is an isolated place where death-row convicts are sent to live on their own. Here, there are no laws, no reason, no constitutions; it’s a free-for-all survival. In order to get revenge on Kuhn (Park Hee-Soon), Yool (Bruce Khan) purposefully becomes a convicted felon to get to the island. Once on the island, he comes across Mali (Yoon Jin-Suh) and Bau (Kim In-Kwon). Mali knows Yool’s true identity, and after revealing it to everyone, Yool becomes a target to kill. With no place to hide, Yool puts his life on the line to get his vengeance.

There were 3 main positive aspects about <Revenger>. First, the action. This movie had action sequences unseen in other Korean films. It jumps straight into the action from the get-go, and at first, I thought it’d be a full-fledged action/martial arts film (but I soon learned this wasn’t the case, will explain below). During the fight sequences, it highly felt like an old-school Hong Kong martial arts movie. It was fast-paced, well-choreographed, and nicely shot. Furthermore, there were moments of suspense leading up to the action scenes, which had me clenching my jaws at times.

The second good part about this film was the setting it was shot in. It indeed felt like a deserted, isolated island. I’m unsure where the film was shot, but I’m pretty sure they didn’t actually travel to an uninhabited island, considering all the equipment, production staff, etc. are necessary to create a film like this. The setting, including but not limited to the buildings, caves, geographical structures, etc. were impressive. 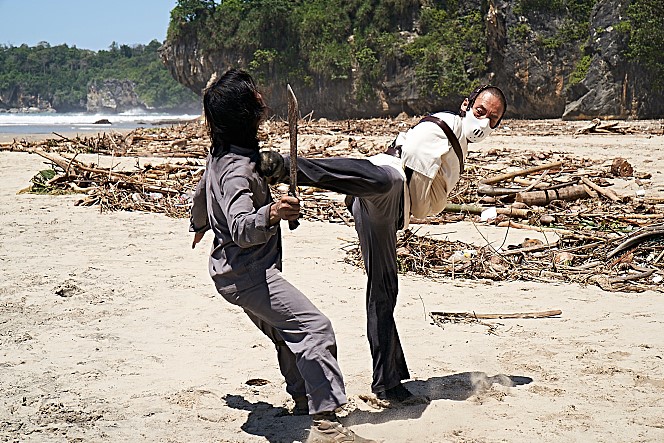 The final positive element of the film was the story idea itself (don’t confuse this with the “story”; the story itself is totally different). The idea of having an island with death-row convicts living in a melee-like society, though not original in itself, was a good overall storyline. Yes, there may be other films and novels with a similar concept; but this, to my knowledge, was not done in Korean cinema at this scale. The idea itself was good, but the implementation was what kept this film from being a great one.

Other than the three factors mentioned above, practically everything else was gruesome. Let’s start with the acting. Despite having pretty well-known faces, the acting was just horrendous. Yoon Jin-Suh, who plays the female lead, was in numerous films (as both the main and supporting cast member). Despite her long and many histories in the industry, there aren’t any memorable works she had. Nearly all of the work she’s been in were unheard of, and after watching <Revenger>, it shows why. Her performance just wasn’t satisfying, at all. Moreover, Kim In-Kwon is another famous actor that didn’t add any real value to the film. In fact, I’d even go as far to say he deducted value. His acting was so, so, so cringe. It makes his performance on <Too Hot to Die> seem good (it wasn’t, he was bad in that as well). He basically had the same persona in both films. 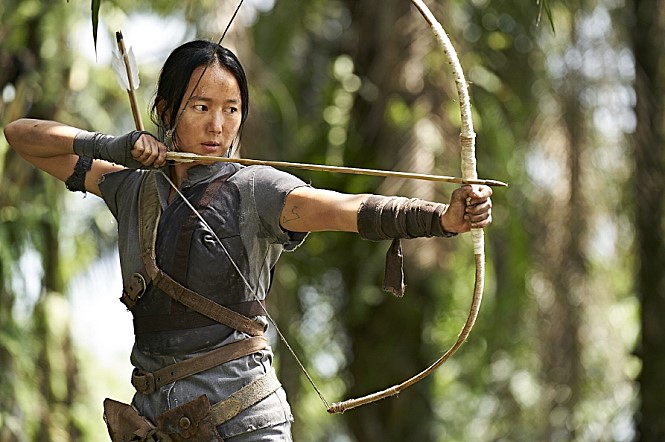 It isn’t just these two that showed poor acting. Essentially everyone’s performance in this was unsatisfactory. And add horrible spoken English to the mix? Oh man… I fail to understand why they chose to use English. I mean, I get that they were going for an “international” death-row island theme, but if they aren’t able to cast members that can have, at the least, understandable spoken English, mind as well make it in Korean! It was hard to understand what the hell they were saying without the subtitles (oh, and making the subtitles for the trailer for this was extremely difficult too because of their “broken” English, even with the Korean subtitles).

The biggest downfall of the movie was the fact that it lacked identity; it basically didn’t have one. It tried to do so much that it came short in accomplishing any one of their intentions. The film is labeled as an “action” movie, but trekked unknown territories of comedy, drama, adventure, crime, and thriller, ultimately failing at everything. As mentioned before, the storyline was interesting, but the implementation was horrible. 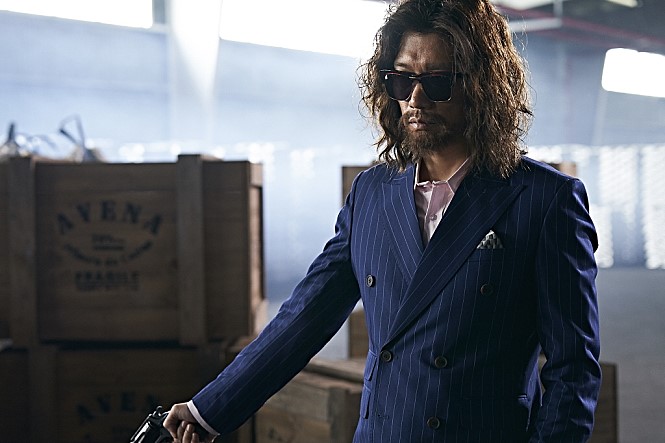 Lastly, there were multitudes of “WTF” and “but why…” moments. As the movie progresses, there were numerous scenes where you start to wonder, “why was this included?” “what were they trying to accomplish by showing this?” I was face-palming so much that I wouldn’t be surprised if my face was red after the movie. The “humor” they had? It was extremely juvenile that it just didn’t match the general tone of the film. You can’t tell if they were intentionally trying to be funny or not.

Upon finishing the film, it’s no wonder why it only had 2,540 audiences in 5 days, and why there are only a couple showtimes a day. Other than the action, the film was downright bad. If you’re looking for just action and want to see the old-school Hong Kong style martial arts, then this is pretty good. In fact, the last couple fight scenes were amazing. But if you’re looking for an overall good movie, then this does anything but satisfy.

*During the credits after the film, it mentioned that a stunt double had died during the filming of the movie. This may have something to do with why the film wasn’t heavily promoted, leading to the little exposure and limited showtimes.