Going into this film, I honestly had very little expectations. Yes, I knew D.O. was an amazing actor, but other than that, I didn’t really have much more to be excited about. It seemed like an old school type of film that’d be extremely cheesy with only great dance scenes and no story. But boy was I wrong… After watching the film at a prescreening last week, <Swing Kids> blew my low hopes out the window, and I was very, very surprised. 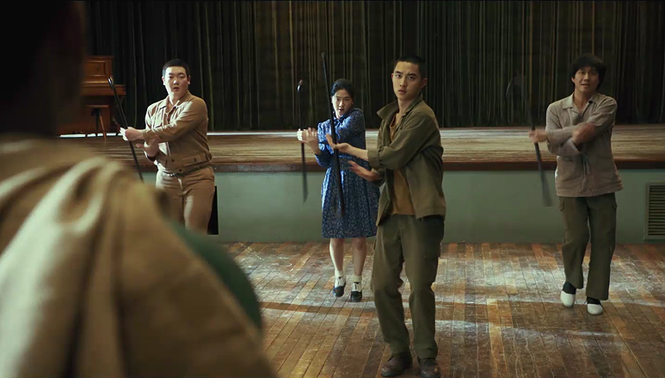 <Swing Kids> was directed by Kang Hyung-Chul, who also directed the hit-movie <Sunny>, as well as the second Tazza film, <Tazza: The Hidden Card>. The movie features the lineup of D.O. of EXO, Jared Grimes, Park Hye-Soo, Oh Jungse, and Kim Min-Ho. The film is somewhat a musical-drama (but I wouldn’t call it a full-on musical since there isn’t any singing, but just dancing) and takes place during the early 1950s when the Korean War was still taking place. This is why the film is set at a prison camp in Geoje-do, and why there’s high tension between the North and South Koreans, as well as the US soldiers. However, through an American dance called “tap dance,” the tensity subdues and sympathy is found amongst the foes.

1951 Korean War – Geoje-Do Prison Camp. A new Major General of the US Military is assigned to the Prison Camp, and in order to form a good image within the military as well as externally, he takes on a new project of forming a dance team. He appoints Jackson (Jared Grimes) to the team, a US sergeant that performed in Broadway before enlisting, and 4 members join the team: Roh Gi-Soo (D.O.), the worst troublemaker of the camp; Yang Pan-Rae (Park Hye-Soo), a multilingual translator; Kang Byung-Sam (Oh Jungse), a man seeking fame in order to find his lost wife; and Xiao Fang (Kim Min-Ho), an extraordinary, “malnourished” dancer. Together, they’re known as the “Swing Kids.” Each and every one of them have very different backgrounds, and must face many problems as they prepare for their debut performance.

As I mentioned above, I was very surprised by how great this film was. From the acting to the dancing, and most importantly, the story; it all was very well put together, leaving me with extreme satisfaction once the credits started playing. The most crucial element that gave this film value was the story. At first, I wasn’t fully into it; but it got better and better, and before I knew it, I was absolutely delved into the film. The story was not an empty, pointless one that didn’t serve any significance. It actually had great meaning behind it, and a reason for the film being produced. It showed how separated we are as humans, letting the colors of our skins, the place we were born, the invisible lines marked by the elites labeled as “nations,” separate and discriminate one another. The film showed that even today, nearly 70 years later, not much has changed. I feel like the trailer fails to portray these greater matters and makes it look like a mere “dance movie,” and that’s why I wasn’t as hyped for the film. But let me tell you, the narrative was amazing.

The movie also had occasional humor points that were genuinely funny and not overdone- I personally thought there’d be too many cringe moments, judging from the trailer, but this was definitely not the case. It knows how to make the audience laugh without forcing it. 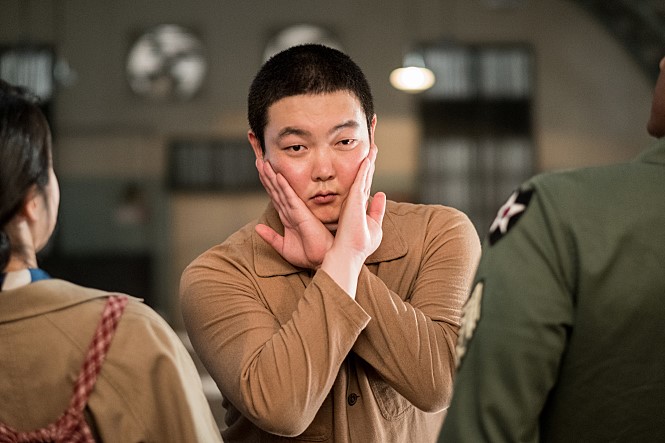 Furthermore, the acting by the Korean actors was amazing. I knew D.O. was a great actor from previous works he’s been in, but through this, I was able to reaffirm his talent. From his comedic expressions to emotional portrayals, incredible dance moves to the North Korean accent, you can always count on D.O. to put on a stunning performance.

In addition, the acting by the supporting cast member playing the North Korean POW (Prisoner of War) that’s a friend of Gi-Soo was very, very unexpected. I had never seen him in other works before, and he doesn’t even have a profile on Naver (the Korean portal site), so I don’t even know his name. But he’s an actor to look out for. His emotional performance was amazing.

And other than these two, the other Korean main/supporting cast members were great as well. 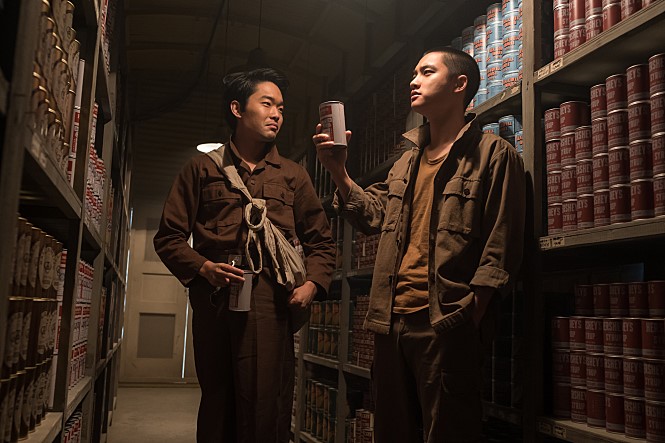 Because this film was based on music and dance, it of course had amazing music. Both the Korean and American musical scores were great and had me tapping my feet. Moreover, the dancing was incredible, and I was awestruck by the talent; really surprised at how great D.O. was and how he was able to learn the dance and master it in such a short time. After watching the film, my respect of tap dance soared, and I kind of wanted to learn it too (lol).

If you’ve read my other reviews before, you probably can guess what I’ll say regarding the non-Korean actors. <Swing Kids> had several American characters, and so there were many foreign actors. But why is it that they always fail to cast good foreign actors in Korea? Without surprise, the acting by these “American” characters were so, so bad… Jared Grimes’ performance wasn’t that bad, but it was the supporting cast members that were unduly selected. I’m getting tired of even saying this, and maybe it’s time to just lower my expectations and not expect much? And no, I’m not blaming the actors themselves. It’s the production team, more importantly the casting team that’s choosing the actors, that are doing such a poor job. 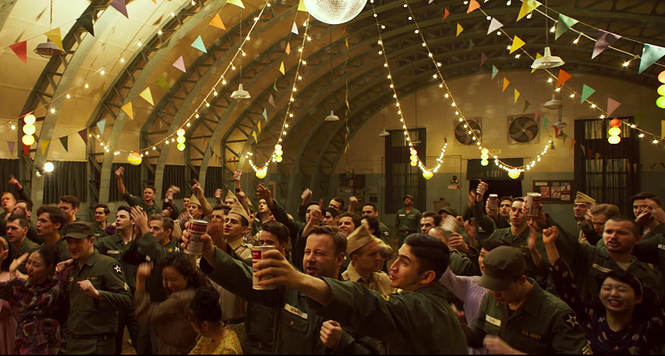 I’m not expecting them to cast top-notch Hollywood stars as supporting roles, definitely not. But they could definitely have someone that proficiently knows good English acting sit in with them during auditions when they choose these non-Korean actors. It felt as if they didn’t even hold auditions and just picked up some random Americans on the streets of Itaewon. And putting the acting aside, the casting itself was done horribly wrong too considering the characters. I don’t think these skinny, average Joes really match the image of an American soldier… *le sigh* Also, they were portrayed unnecessarily petty, which was unneeded. Like how Asians want better representation in Hollywood, better representation of Americans and other nationalities in Korean films is needed as well.

Lastly, this is just a personal preference, but I feel like the film was slightly on the longer side. The running time of the film is 133 minutes, which was stretched a little too long and a 120-minutes, more or less, would’ve been the ideal duration. It did get a little dry near the end. 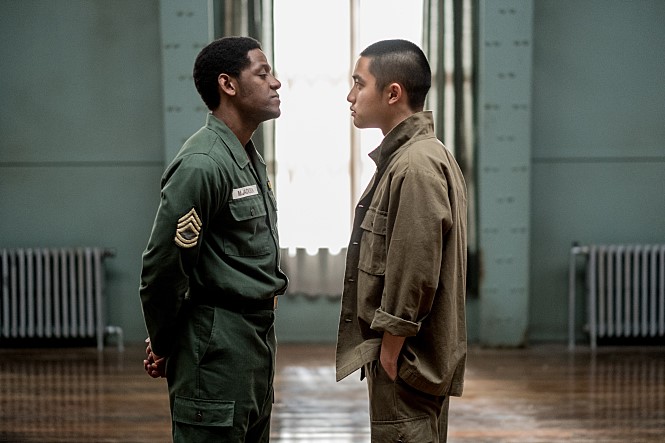 I was very pleasantly surprised by how good <Swing Kids> was, and loved that it had a great message and purpose. It was funny, touching, entertaining, and emotional, and very different from other Kfilms we’ve recently seen. It was about time a good Korean musical-drama came out. Yes, there were some minor flaws and rooms for improvements, but overall was a fantastic film.