This was another indie film that had a very similar tone to that of <Beautiful Days>. I actually watched this the day after <Beautiful Days>, and due to the similarities of the two films, I decided to upload the review of it a little later, so that it’s not back-to-back depressing movies reviewed. I mentioned in my <Beautiful Days> review that I’m beginning to think I’m not really into the dark and sad style of Korean independent films; and with <Young-Ju>, it solidified this belief. I’m definitely not the target market for these types of movies… I’m sure there are many that enjoy it, but I just don’t find it entertaining.

Directed by Cha Sung-Duk, <Young-Ju> has a very, very similar tone as <Beautiful Days> in the sense that it’s not only a depressing film, but that it’s overall very silent, has a slow progression, and focuses too much only on trying to connect with the audience on an emotional level. There’s absolutely no humor to be found anywhere in the film. Despite it being an indie film, the movie actually features some well-known cast members, including Kim Hyang-Gi (who was a main cast member in <Along with the Gods>), You Jae-Myeong (a main cast member of <Feng Shui>, and another indie film titled <After My Death>), Kim Ho-Jung (a cast of <High Society>) and Tang Jun-Sang. <Young-Ju>, which is also the name of the main character played by Kim Hyang-Gi, revolves around two children that lost their parents in an accident, thus, has to live on their own.

After losing both her parents in a car accident, Young-Ju suddenly becomes the head of the household. She’s willing to give up on her own academics if it means that she can take good care of her younger brother, Young-In. However, Young-In starts to rebel and get into various troubles, and life gets burdening for Young-Ju. As circumstances become more and more oppressing, Young-Ju decides to secretly visit the couple responsible for killing her parents. When she meets them, she finds them to be extremely warm and welcoming, and feels compassion unlike any she’s felt before. But these are the people that got her parents killed… Is it really okay that she keeps maintaining a relationship with them?

One definite positive aspect of <Young-Ju> was the acting. Especially in independent films, I think it’s the acting that makes or breaks the movie. Because the budget isn’t high, the production team has extreme limitations in telling their story. Therefore, they must express their thoughts as best they can with the limited resources they have, and it’s the quality of the performances of the actors/actresses that play the biggest role in this. In major, high-budget, Hollywood films, the bad acting can be covered up by visual/special effects, fast-paced cinematography, and energetic action sequences to some degree. Heck, just having big, major names, who don’t even have to necessarily be good at acting, can save a film. But with <Young-Ju>, they did not have access to these luxuries, and had to rely on the acting by their cast members.

More specifically, I’d like to give recognition to Kim Hyang-Gi, the actress who played the main lead, Young-Ju. I’ve seen some of her potential with the <Along with the Gods> series, but I believe it’s with this that she truly showed her fullest potential.  Her ability to connect on an emotional level with the audience was incredible. 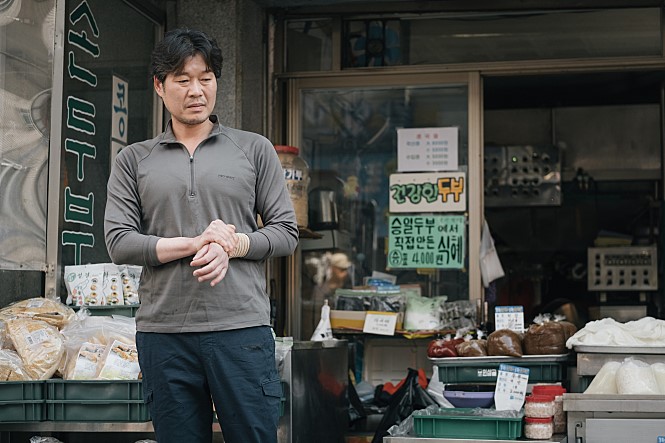 Moreover, the story of the film was a very, very real one. Like majority of Korean independent films, the narrative isn’t about some fantasy or make-believe stories. It revolves around a situation where it feels like it would actually happen in real life to someone, possibly someone close to you, or maybe even you yourself. I think that’s one of the biggest advantages of indie films and why the fans of them continually watch them. However, I will say, like I said above, that I’m not a fan of them; it’s almost too real and feels more like a documentary biography of someone’s life than a movie.

The biggest complain I have about this film was how slow it was. I now understand that this is the norm with Korean indie films, but it was just too stagnant for my taste. And the quietness of the film with hardly any action made it seem that much slower. The film had a 100-minutes duration, which isn’t necessarily that long, but it felt so much longer. I continuously looked at my watch, hoping for it to hurry up and end. 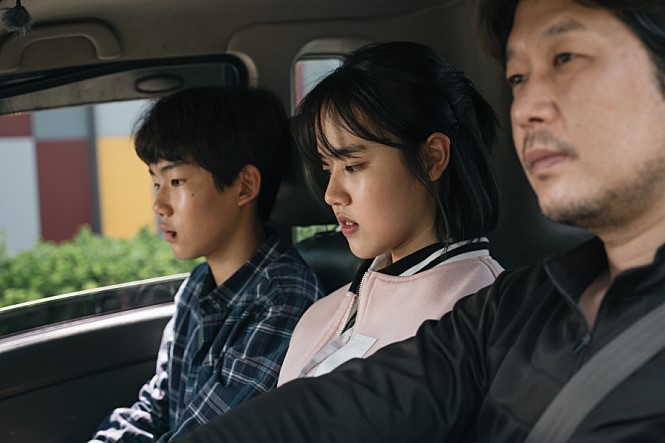 Finally, the ending of the film wasn’t satisfying. Like that of <Beautiful Days>, the film concluded with somewhat of an open ending. And it’s not a good, satisfying open ending like <Inception>. It leaves you wondering “Is this what I’ve been sitting here, watching for over an hour for?” A more solid and strong conclusion would’ve made the film better, in my opinion.

Call me heartless if you will, but I just don’t like this type of movies. <Young-Ju> was better than <Beautiful Days>, in my opinion, but after watching 2 depressing films in a row, I was craving a light and humorous comedic film. Watch if you enjoy slow and dark-toned indie films, but if not, I wouldn’t recommend.