“Even if you die, your sins aren’t forgiven…”

<Road Kill> was a low budget film, and you could tell right away that it was produced with minimal money. From its cinematography to its outdated music choices, acting to its mediocre attempt at startling its audience, everything about <Road Kill> was inferior and subpar at best. 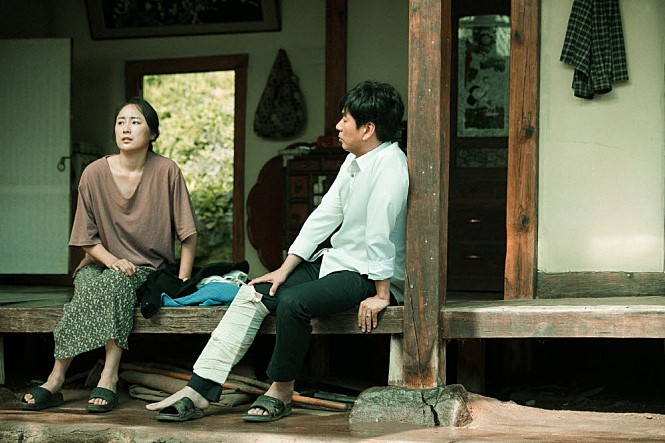 Directed by Lee Soo-Sung, who also directed other low budget/small films, <Road Kill> stars Lee Chul-Min as the protagonist who finds himself stranded in the middle of the forest with a family of lunatics. Oh Kwangrok, Kim Yoon-Ji, Shin Won-Ho, and Bae Soo-Kyung play the family members of the people hosting the main character. The film is labeled as a horror/thriller, but I can’t really say it’s either… The movie did a very poor job in executing the slightest bit of thrill, let-alone any forms of entertainment. This has got to be the worst movie I’ve seen thus far this year. And the numbers show, as only 523 people have seen the film at the time of writing (about a week since its release).

The synopsis is as follows:
Choi Oh-Kwang (Lee Chul-Min) is a deceitful realtor working on a redevelopment project. When driving to the location site, he gets in a car accident and ends up losing consciousness. When he wakes up, he finds himself in an isolated home in the middle of the forest. The “Jang” family claim they found him passed out in the forest, and that he was unconscious for 2 days. The family of 4 are very welcoming, and helps Oh-Kwang get back to his feet. Or so he thought… What seemed to be innocent helping turns into fishy suspicion, and Oh-Kwang starts to question everything that’s been happening.

To be completely honest, I don’t really have anything good to say about this film. It was an utter disappointment, even with the little-to-no expectation I had for it. I guess a somewhat positive element could be that there was a certain level of mystery to it. It was puzzling in the sense that you don’t really know what’s going on fully, and you start wondering what the hell the director was thinking. However, this is not to say that the film had a great mystery or that it makes you think deeply in any way shape or form. The twist/reveal was very predictable, and I saw it from a mile away.

As mentioned in the intro, the movie had a very low budget and you could tell right away that there were financial limitations. Yes, a film could be shot and produced marvelously with limited capital; just look at <High Flying Bird>,shot on the iPhone, or one of my favorite YouTubers “WongFu Productions” and the incredible work they do. However <Road Kill> is the total opposite of this, as the cinematography felt extremely outdated, the musical scores were over-the-top, and the movie was just filled with exaggerated attempts at scaring its audience.

The acting in <Road Kill> was mediocre at best. The main lead’s acting was one of the worst I’ve seen ever since I started writing my reviews. I believe Lee Chul-Min hasn’t had any major lead roles prior to this, and it shows. His performance was awkward and felt out of place.

Furthermore, the story of the movie was very poorly written. The ending was very predictable, the progression was bad, and you find yourself asking what the point of the movie was. It almost seemed like the director just needed a way to let out his sexual and homicidal tendencies. The film also tries too hard to be scary, ultimately ending up being more funny than scary. 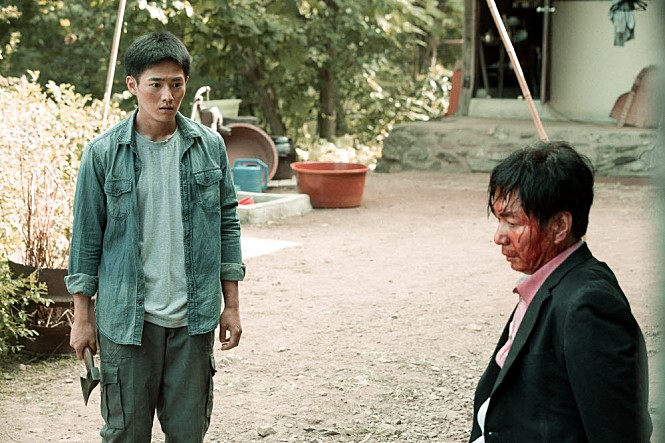 I was hoping <Road Kill> would be a surprisingly good film, as I hardly had any expectations for it. There are times when these small production features end up being a hidden gem. However, <Road Kill> definitely was not this. The story and its flow was dreadful, and I found myself thinking “WTF?” multiple times by its sudden and excessive scenes. There’s a reason why only 500 people saw it, and why it doesn’t deserve more views. Quite possibly, there might be a niche for this type of film, but I would not recommend <Road Kill>. Money wasted with this one…