“Freedom? Is living my one and only life the way I wish to… “

This past March 1st marked the 100th year anniversary of the Korean holiday “Samiljeol,” which was a resistance movement against the Japanese Colonialism. To commemorate this significant date, the movie <A Resistance> was released. 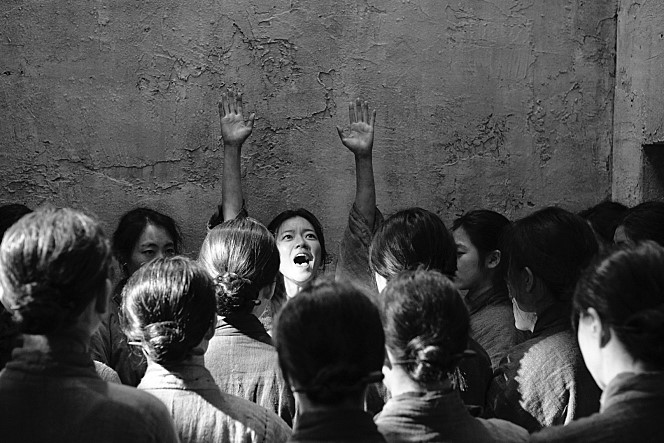 Directed by Jo Min-Ho, <A Resistance> goes over the horrifying experience Yoo Kwan-Soon, a prominent historical figure of South Korea, had to go through during the Japanese empire’s rule in Korea. The film was almost like a documentary, showing in great detail of the devastating prison-life of the people that were trapped and tortured in the SeoDaeMun Prison. The film stars Ko Asung, Kim Sae-Byeok, Kim Yae-Eun, Jeong Hadam, and Ryu Kyung-Soo, and is overall a very quiet film.

I won’t be going into the details of the historical events that took place, but will be placing the focus on <A Resistance> as a movie since this is a “movie review.” However, if you are interested in this topic/the history of what took place, I highly, highly recommend you look up and do your own research on “Samiljeol,” the SeoDaeMun Prison, and Yoo Kwan-Soon. It truly is unbelievably terrible what the Korean prisoners had to go through during the Japanese rule. 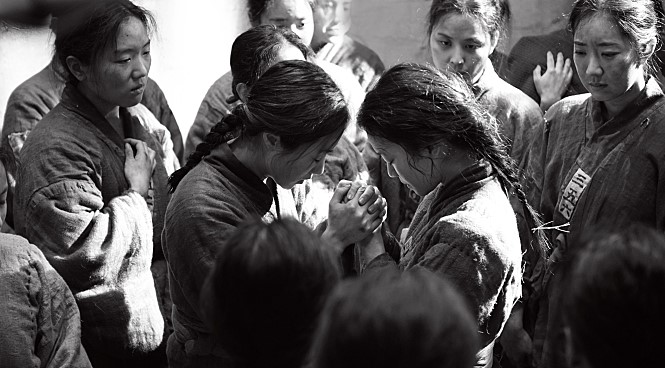 Following the March 1st Movement of 1919, Yoo Kwan-Soon is arrested and put into the SeoDaeMun Prison by the Japanese authorities. She, alongside many other women, are forced to live in terrible conditions inside an extremely small prison cell. With the very minimum amount of food and necessities, it is nearly impossible for the prisoners to survive in the harsh environment. However, the ladies of Prison Cell #8 don’t lose hope, as they believe although their physical bodies may be locked up, their souls are free.

First and foremost, <A Resistance> was a great learning lesson of Korean history. The viewers can get a glimpse of the truly gruesome experiences of what the prisoners had to go through. Yes, people were able to read and hear about the horrible conditions, but to visually see and watch the events that took place takes understanding the history to another level. For example, there were 20~30 people living in a single room that looked like it should be for 2~3 people at the max. The ladies of Prison Cell #8 took turns laying down as the rest either stood near the wall or walked in circles, as it was physically impossible for everyone to lay down simultaneously. And this wasn’t even the worst of the conditions…

I thoroughly enjoyed the cinematographic approach the director took with this film, the biggest of which is the color scheme. The movie switches between black and white/color; black and white during the prison life, and color during the past, before the suffering and pain. However, even when in color, the color scheme was not bright or vivid, but very abstract. Furthermore, the neutral colors also set the tone of imprisonment very well, giving off a depressing and sorrowful mood to the audience. One thing that I noticed was that as Yoo Kwan-Soon passed away, the black and white started to have a slight hue. This is possibly symbolizing that she can now rest in peace, as the black and white of “prison life” slowly started gaining color. 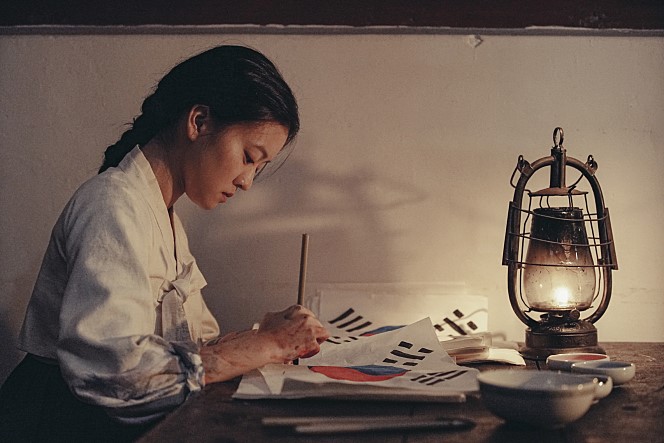 Moreover, there were some heartbreaking scenes that really gets you in the feels. One in particular was a scene during the harsh winters of Korea. The prison cells obviously had no heaters, Yoo Kwan-Soon and the other ladies had no warm clothes, the cells had open windows with merely a few bars to separate them from the severe cold, and all during the coldest times of the year where it goes far below negative 10 degrees Celsius. The ladies are seen huddling up, hugging each other to keep warm; and to make matters worse, one of the women had a child while in jail. The women try all they can to keep the baby warm, and to provide the least bit of necessities of life, such as diapers, food, and warmth. These emotional scenes as well as the more ghastly ones serve as a significant message and purpose: that we cannot/should not forget what these historic figures went through for the freedom we have in Korea today.

In addition, Ko Asung’s acting was incredible. Her portrayal of Yoo Kwan-Soon was phenomenal, as both her spoken and silent performances were very powerful. This is not to undermine the other actors’ acting, though. The performances by all of the cast were good, and each of them depicted their characters in a meaningful way. 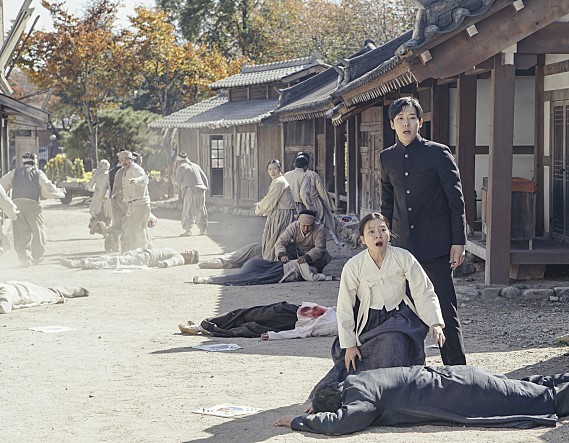 There aren’t any “bad” things about the film per se. Because <A Resistance> was a very serious movie with a definitive motive, there hardly are any humor or lightness to it. The atmosphere of the theater when watching (and after the movie ended) was very cold and serious. Also, due to the film going over a highly sensitive and significant topic for Korea, it’s understandable (and definite) that there shouldn’t be any joking or fooling around with the content of the narrative. That being said, there are two things that one should note before going into the movie.

First, one should have prior interest in the history of Korea to fully enjoy and appreciate the movie. Of course, this isn’t mandatory, but I feel like if you do not have much interest in Korean history, then you may find the film to be quite slow. As mentioned before, it almost feels like a documentary. 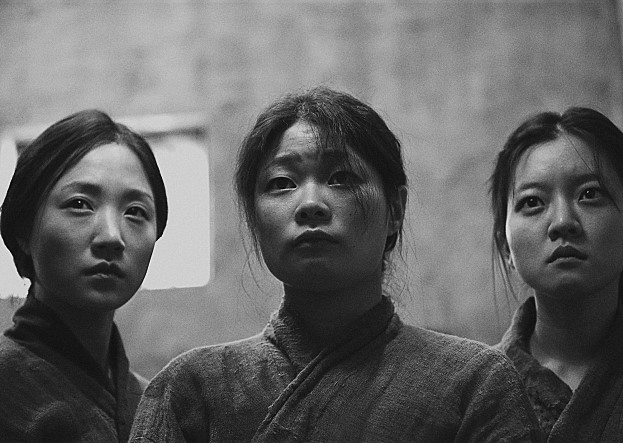 In addition to prior interest, if you have at least some level of knowledge on “Samiljeol” and the significance of the holiday, then you’ll be able to understand, empathize, and appreciate the film on another level. And if you do watch the film without much knowledge or interest of Korean history, please please remember that the events that takes place on screen actually did take place in real life, so be respectful and don’t disregard the movie as just “boring” or “slow.” The more you know about the events, the more you can appreciate and enjoy. (I am by no means an expert in this field either. However, I am always eager to learn more about the history of Korea, and although I did find the movie to be slightly on the slow side, I wouldn’t want/can’t see it being in any other way). I will say, though, that the movie is on the slower side.

Finally, one element that was a tad bit unfortunate was the degree at which the movie portrayed the sufferings the prisoners had to go through. I feel like they went a little soft with the torture scenes, possibly to meet the requirements for age restrictions. However, I think they should’ve just chosen to be more direct and descriptive, even if it means getting that “Rated-R” label. If it went full out in showing what the Korean ancestors had to go through, I think it would’ve been even more powerful in that it would shock the audience with the reality of the prison life. 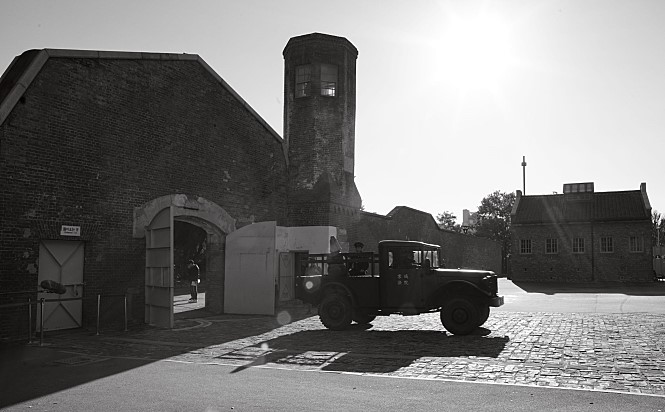 ** One quick note, you can actually visit the SeoDaeMun Prison today. It’s located in northern Seoul, and has information and displays of things like the harsh living conditions the prisoners had to endure, the torture methods used by the Japanese authorities, and more. Definitely worth visiting and paying respect when visiting Korea. Once you visit, you get a glimpse of how living was hell on earth for the prisoners.

<A Resistance> was a pretty quiet movie with slow progression and not much action. However, quiet it may be, it was a very powerful film. What makes the movie truly scary is to know that all of what occurs actually took place in real life. And the fact that the actual conditions were even more gruesome and terrifying makes it even more shocking. The film truly shows how strong the Korean ancestors were. However, the movie isn’t going to be for everyone on a global scale. If you do not have prior knowledge/interest in Korean history, you may not enjoy the movie. It is a very serious film with hardly and lightness, almost like a documentary. I’m not going to lie, the movie has a very slow progression.