Following <A Resistance> and <MALMOE: The Secret Mission>, another Korean film based on historical events was released, titled <Race to Freedom: Um Bok Dong>. I had originally titled this movie <The Cyclist King>, as the official English title was not released until very recently, which was the direct translation from the Korean title of “The Cyclist King Um Bok Dong.” 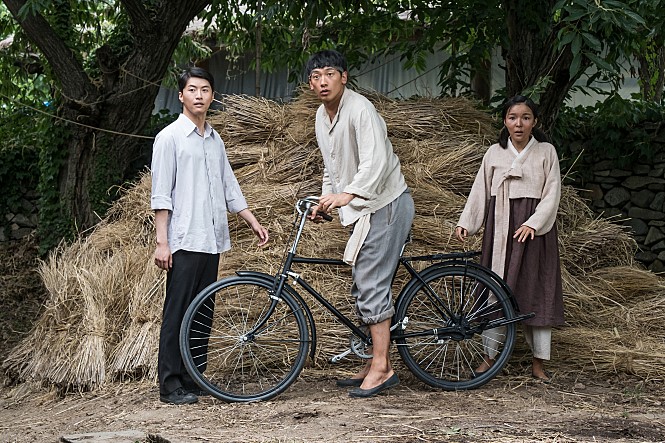 Directed by Kim Yoo-Sung, <Race to Freedom: Um Bok Dong> stars Jung Ji-Hoon (aka Rain), Kang Sora, and Lee Bum-Soo, who also served as a producer for the film. The movie is based on true events and revolves around the historical figure Um Bok-Dong, who was a prominent Korean cyclist that brought hope and optimism to the Korean people during the Japanese ruling era.

However, there have been a lot of controversies surrounding this film. First, the director of the film, Kim Yoo-Sung, apparently left the production in the middle of shooting, and came back near the conclusion to finish it. Furthermore, the main character of the movie, Um Bok-Dong, while being a prominent figure in bringing hope to the Korean people through cycling, he also was infamous for stealing numerous bicycles and reselling for a profit. Therefore, there have been many criticisms asking why they would create a film based on a criminal, and only portray him as a national hero. Majority of cinemas in Korea have pulled the movie from its theaters; after being released only a week ago (from time of writing), the movie hardly has any screenings in Korea.

During the Japanese colonial ruling, the Japanese held “Cycling Races” to show their dominance and break the national consciousness of the Korean people. However, Uh Bok-Dong comes out of nowhere and surprises both the Korean and Japanese people with his cycling abilities. He defeats the Japanese cyclist that had been reigning a 12-time winning streak, and ultimately drives the Japanese empire’s goal to failure. The Koreans start praising Uh Bok-Dong as a “national hero” as he becomes undefeatable in all of the subsequent matches. However, in order to demoralize the Korean people once again, Japan decides to hold one final race, but they do so with a very unethical strategy. The biggest Korea-Japan match-up begins!

<Race to Freedom: Um Bok Dong> had lots of familiar faces, both on the main cast and supporting cast sides. Having familiar actors and actresses tends to give the audience a warm and welcoming feeling, as if seeing an old-time friend you haven’t seen in a while. I certainly felt that with this film, as all three of the main cast members are massively popular personalities in Korea, and the supporting actors of Go Chang-Suk, Kim Hee-Won, Min Hyo-Rin, Lee Si-Eon, Park Jin-Ju, and many, many more are very well-known names.

In addition, the movie had a similar feel as the other Korean history/comedy movie that came out earlier this year, <MALMOE: The Secret Mission>. The two had similar tones, and the mood of having a comedic element with a serious message were mutual. However, I will say that it wasn’t executed half as successfully as <MALMOE: The Secret mission> was able to accomplish. Nonetheless, it was, for the most part, a family film (although there were a couple scenes that may be a little too scary for little kids). 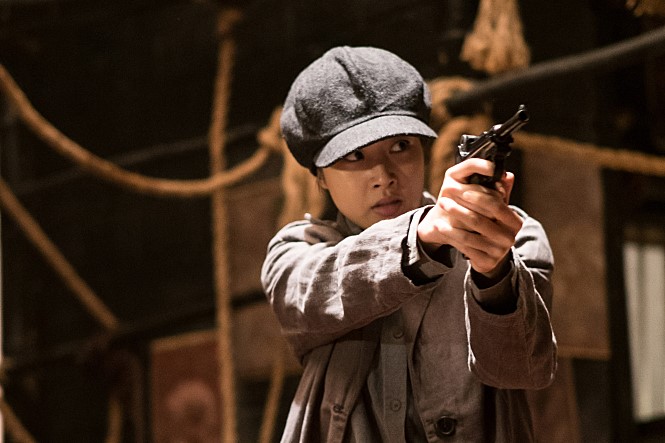 The biggest downfall of <Race to Freedom: Um Bok Dong> was that it lacked identity. I feel like it didn’t have a set and fixed purpose, and they tried to combine all types of “positive” elements, which ultimately led to a major failure. Yes, comedy, action, drama, and history are all great factors in creating an awesome film. But they aren’t requirements and don’t necessarily guarantee a recipe for success.

The comedy and emotions shouldn’t have to be forced. It should follow naturally, like in <MALMOE: The Secret Mission>, when executed right.  The cherry on top of this unnatural aspect came at the end, where it was extremely cheesy, predictable, and unrealistic. Yes, the movie is based on true events; however, it felt like it took too much of a fictional approach, as the events felt very impractical. Either that, or they did a very poor job in story-telling.

Furthermore, the effects were really, really bad… The CGI were very apparent (e.g. glittering stars in the night sky, bomb explosions, gun shot effects) and you could clearly tell where green screens were used during the bike races. Also, the audio effects weren’t on point either. This wasn’t that big of a deal, but it’s worth noting that I noticed something off about the audio. 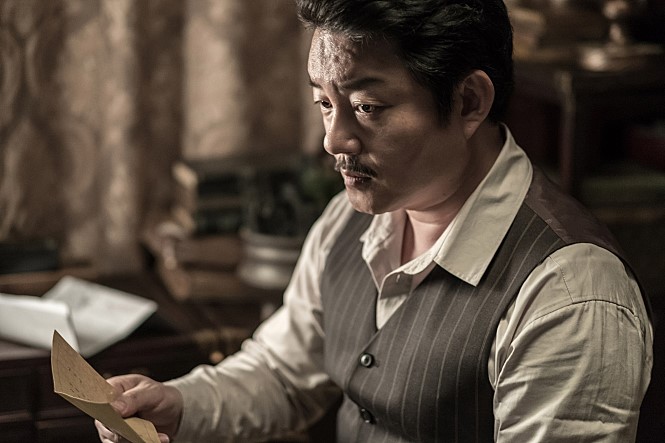 Rain, or Jung Ji-Hoon, had a poor performance in this movie. I loved him in the K-drama <Full House>, where he starred alongside Song Hye-Gyo. However, I feel like each production he’s in following that disappoints more and more… (<Ninja Assassin>, <Speed Racers>). His performance seemed awkward, out of place, and very cringe. Granted, he doesn’t speak English in this (thank God). Maybe he’s just really bad at picking out movies? *shurgs*

Another huge problem of the film was that it had horrible transitions. The progression of the movie felt like chunks of story parts that didn’t link well together. I’m unsure of the exact reasons, but I assume it has to do with the director leaving his position and not returning until the movie was almost done being filmed. 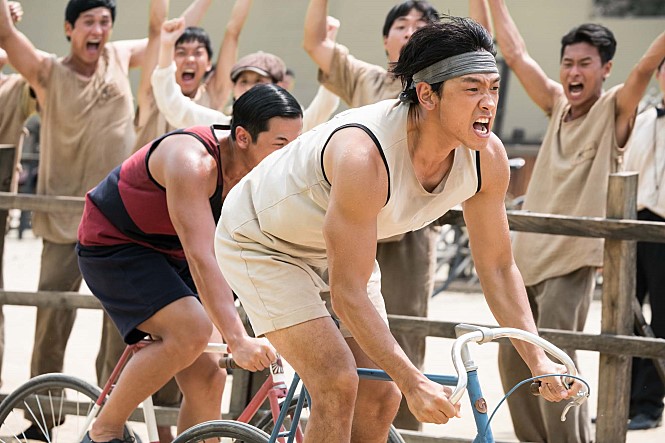 <Race to Freedom: Um Bok Dong> wasn’t a movie that I was particularly looking forward to. That means because I didn’t have high expectations for it, there was room for it to surprise me (you know, sometimes you don’t really expect a film to be good, but it ends up being a hidden gem). However, this movie failed to have me intrigued or entertained; the story wasn’t great, the acting wasn’t anything special – which is a bummer because the cast members was incredible, and the special effects weren’t good either. Ultimately, the movie had good intentions of trying to incorporate comedy, drama, and history together, but it just didn’t work. And I fail to understand the purpose of the film. After only being released for about a week, the movie hardly has any screenings in Korea. All-in-all, I do not recommend.