“I wanted to become rich…”

Last week, I had the awesome opportunity to attend a pre-screening/cast greeting of <Money> and watch the film 2 weeks before its official release (the movie releases on March 20, 2019). Being one of my most anticipated films of March, this was definitely a treat. And I must say, I was not disappointed. <Money> had a great cast and intriguing story, and it’s always a fun experience to see the actors of the film in real life. 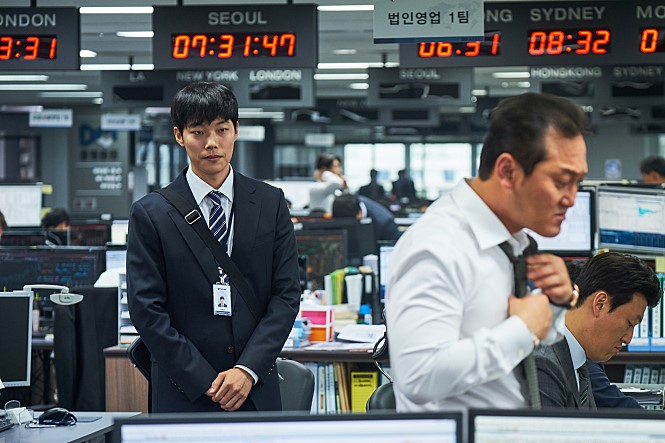 Directed by Park Noo-Ri, who was the assistant director of the films <Man in Love>, <The Berlin Fire>, and <Unjust>, <Money> was her first feature film in directing as the lead director. The movie features an outstanding main cast of Ryu Jun-Yeol, Yoo Ji-Tae, and Jo Woo-Jin, and is a crime film about, you guessed it, “money.” More specifically, the movie revolves around a stock broker and his come-up as a multi-millionaire through some shady activities.

Jo Il-Hyun (Ryu Jun-Yeol) always dreamed of becoming rich. To chase his dream, he finds a job at the financial district of Yeouido (S.Korea’s equivalent of Wall Street) as a stock broker. However, without any connections or network, his profit rate is $0, and he’s on the verge of being fired. Just then, he receives an incredible offer from a mysterious man known as “Number Tag” (Yoo Ji-Tae), and is proposed unthinkable amounts of profit. After much contemplation, Il-Hyun accepts the offer and starts making racks upon racks of money. However, an agent of the Financial Supervisory Service that was on the tail of “Number Tag” senses something fishy with Il-Hyun, and starts hunting him down.

A huge positive element of <Money> was its ability to engage its audience. With an interesting story blended well with good humor, I found myself laughing frequently while also placing myself in the shoes of the main character, debating what I would do if I was in his position. The movie hooks you in from the beginning, and maintains your interest through majority of its duration. I will say, however, that there did come a slight moment of dullness in the middle, but it picks back up and regains engagement.

Furthermore, I appreciated that the movie had a deeper meaning behind it. There was a social commentary on Korea’s society of placing “money” before “happiness;” the pursuit of cash over pursuit of happiness. Now, I know this isn’t only specific to Korea, but because this is a Korean film focused on the Korean society, I couldn’t help but connect the dots between the social imbalance of financial gains and desire for happiness of the Korean people. Just looking at my close friends in Korea I can see that they place significantly more weight on the paycheck over the quality of work when job hunting than my American counterparts. As the protagonist demonstrates, he will do whatever he needs to for money. However, the movie shows that while you’re supposed to become more free with money, the main character instead gets more and more trapped with the increase in cash he stacks up.

In addition, the movie shows how much clothes, jewelry, hair style, and other physical commodities can affect a person’s image, and in turn heavily influence a person’s change in personality. And I must say, Ryu Jun-Yeol did a great job portraying this. His acting was amazing as always; I really do think he’s one of the very few Korean actors that can digest any role he’s given. His country-side dialect was precisely on point.

Other good aspects of the movie includes the surprise cameos by the Hollywood star Daniel Henney and the Korean soccer player Son Heung-Min, and the musical scores that really played a crucial role in engaging the audience and setting the tone.

The biggest dissatisfaction I had with the movie was its ending. It wasn’t bad, necessarily; but I wasn’t 100% satisfied with it. I expected a bigger twist/reveal, but it was just a typical conclusion that wasn’t anything special. 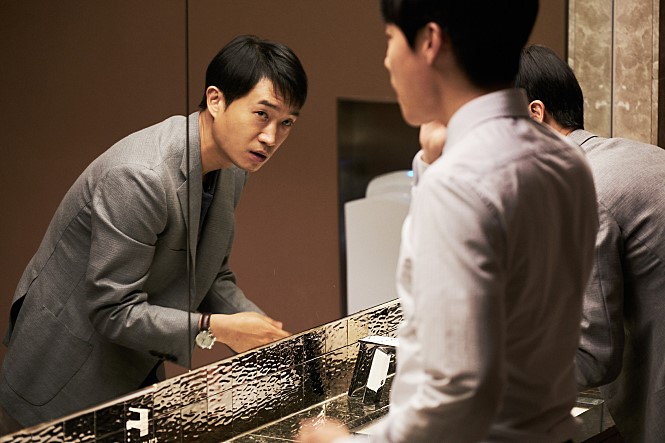 Moreover, the acting by the foreign actors wasn’t good, which is usually the case with Korean movies. This does not include Daniel Henney; his acting was good. But its the English-speaking foreign actors that were on-screen for a few minutes that wrecked the mood. No, it wasn’t a significant part of the movie, and they were only on for a couple minutes, but it was still noticeably bad.

This isn’t necessarily a big negative, but I personally did not like Jo Woo-Jin’s performance in this film. I usually really like him; his performances in <Default>, <Rampant>, <Drug King>, <Steel Rain>, etc. were great. However, he had a quirky aspect in this role, which I didn’t find to be natural.

I highly enjoyed <Money> and would definitely recommend everyone to watch. I was thoroughly entertained throughout 90% of the movie, laughing frequently and also intrigued by its narrative. I believe that the movie would be enjoyable for practically everyone, as the movie is based on a topic that everyone loves: money.