“It’s written on her face… To save her…”

March 20th was one hell of a day for Korean cinema, as three Kfilms were simultaneously released on that date. <Money>, <Idol>, and, you guessed it, <Jo Pil-Ho: The Dawning Rage>. It’s kind of unfortunate that these three films had to be released on the same day, as all three most likely would’ve had better results if they were timed apart. But then again, March also had releases of more anticipated Hollywood films such as <Captain Marvel> and <Us> as well. 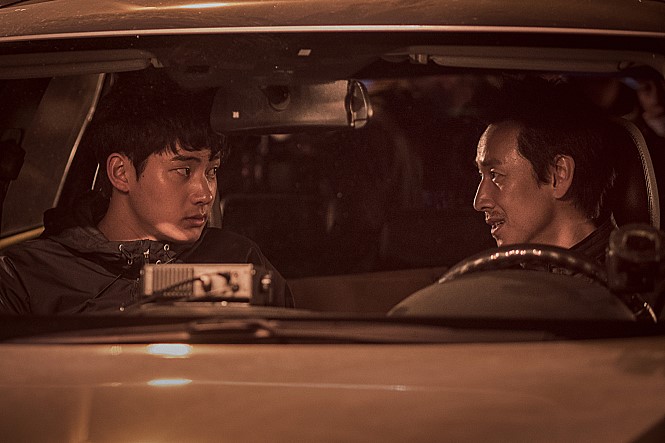 Directed by Lee Jeong-Beom, the director of the critically acclaimed <The Man from Nowhere>, Lee gives a similar vibe with his latest film; revengeful, action-packed, and thrilling. <Jo Pil-Ho: The Dawning Rage> stars Lee Sun-Kyun, Jeon So-Nee, and Park Hye-Jun, and is officially labeled as a “drama,” but is so much more. I’d personally say it’s more of a crime/thriller. Revolving around a corrupt cop as the protagonist, the movies takes the audience on a journey as they see how the “Vicious Cop” (literal translation of the Korean title of the movie) starts seeing the real important things in life. A fun fact, the college that I graduated from, Kyung Hee University, was used as a film set in this movie, which I thought was amusing. The campus is famous for its beautiful scenery, and is the home to lots of Kdrama and movie film locations 🙂

The vicious cop, known as Jo Pil-Ho (Lee Sun-Kyun), collects dirty money from crooked thugs, and in return, turns a blind eye towards illegal activities. When he falls into a situation where he needs quick cash, he plans to break into and steal from the police warehouse. On the night of the scheme, when Han Ki-Chul (Jung Ga-Ram), the accomplice to Jo Pil-Ho’s plan, enters the storehouse, a monstrous explosion occurs, killing Ki-Chul and leaving Pil-Ho as the only living suspect. What makes matters worse is that the highly classified evidence that was held in the storage was burnt to ashes, leading the prosecutors to suspect Pil-Ho had something to do with the explosion. While trying to find proof to confirm his innocence in connection to the detonation, he comes across a high school student named Mina (Jeon So-Nee), who possesses the key evidence to solve the mysterious bombing. The evidence shows that the incident goes much further than merely just an “explosion.”

Right from the start, I was hooked. The movie had an old school retro feel that reminisces the older Korean cinematography style. From the coloring to the action sequences, the movie reminded me of <The Man from Nowhere> every now and then (which makes sense because the two movies’ directors are mutual). Furthermore, the story is another element that really hooked me in from the start. It displays an intriguing and mysterious plot-line, and adds thrill and suspense with its musical scores and sound effects. However, there were unfortunate elements that could’ve made the movie much better if fixed, but I’ll get to that later.

This isn’t something commonly seen in Korean film, but the special effects were phenomenal. The one that stood out was the explosion of the police warehouse. That detonation really caught me off guard, and I jumped from my seat when it occurred. Great execution, and great post-production effects that made it seem very, very real. 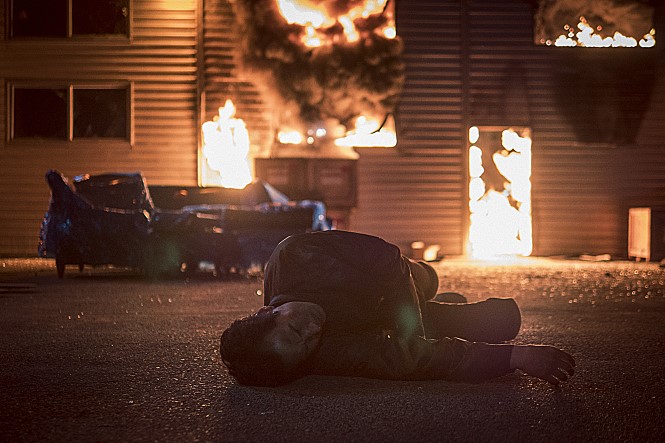 Furthermore, the acting by both the main and supporting actors in <Jo-Pil-Ho: The Dawning Rage> was pretty good! I can’t say that it was Lee Sun Kyun’s best performance, but he had his distinct tone and acting voice that draws the viewers’ attention (although it felt a little award at times), and Kim Min-Jae, the supporting actor who was also in <Money> was great in this. He was pretty decent in <Money>, another movie that released on the same date as the release of <Jo Pil-Ho: The Dawning Rage>, but I personally thought his role in this was a better fit.

The biggest criticism I have of this film was its inclusion of the Sewol Ferry Tragedy. I heard some people say that the movie goes over the tragedy, but couldn’t see how on earth they would incorporate the catastrophe with a “corrupt cop movie.” And why would they? Judging by the trailers, there seemed to be absolutely no correlations. And I was right. There was absolutely no reason for them to include the incident. I won’t give details in order to not spoil the story, but it felt like they only included the Sewol Ferry Tragedy to gain promotional advantages. The Sewol Ferry Tragedy was and is one of the most devastating incidents in recent times in Korea, and the production team had to know that incorporating the tragedy would give the movie free publicity (whether it be good or bad). But when the families of the students who lost their lives from the incident are against having the misfortune used for profit, shouldn’t the producers respect that? We were able to see a similar situation when <Dark Figure of Crime> came out last year, where the families of the deceased were heavily against the production of the film, but was made and released anyways. I mean, it’s one thing to make a movie based on the event with the blessings of the families; but to go against their request and include it, in a way that doesn’t even give value to the movie nor the tragedy at all? Shame… 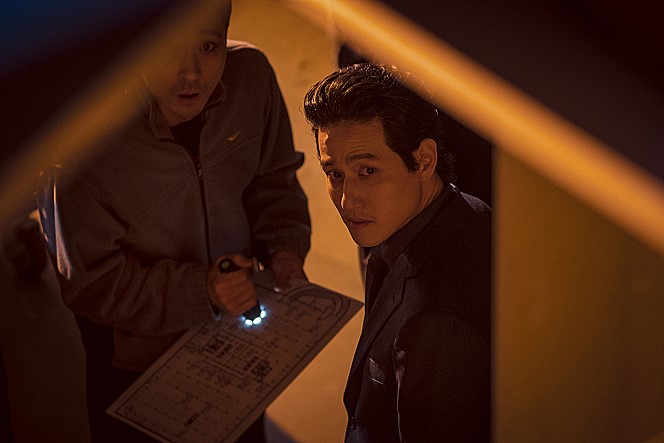 Moreover, the movie had some minor editing mistakes sprinkled throughout that were pretty noticeable. For example, the main character crashes his car and the front of the car is wrecked, but in the next scene, the car is perfectly fine. Minor and nothing that kills the movie, but there should’ve been more attention paid.

Finally, there were elements of excessiveness that made the film unrealistic, especially near the end. During the concluding stages of the movie, they tried linking and connecting every different aspects of the story into one. However, the connections were very weak and unrealistic, and felt very forced. Definitely not completely satisfied with how the story turned out. 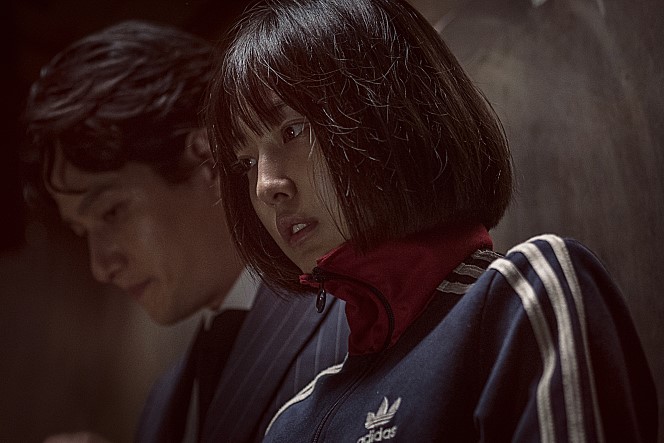 <Jo Pil-Ho: The Dawning Rage> had great suspense, an intriguing story, good acting, and impressive special effects. The movie really hooks you in and grabs your attention from the beginning, but this grasp doesn’t last throughout its entirety, unfortunately. The movie doesn’t have a very satisfying ending, but the journey is quite enjoyable. Furthermore, the movie includes the Sewol Ferry Tragedy in its plot, but this didn’t serve any significance, and felt like they used the tragedy just for marketing/publicity purposes. There definitely were some disappointing elements, but overall was a pretty enjoyable film. Not as good as <The Man from Nowhere>, but if you are looking for something with a similar tone, I’d recommend giving this a go.