“Wound from knives heal, but not the mouth…”

<Idol> was the last of the three movies that were released on March 20th that I watched (alongside <Money> and <Jo Pil-Ho: The Dawning Rage>). The three movies had differing yet similar aspects. <Money> was based on finance, <Jo Pil-Ho: The Dawning Rage> was about crime, and <Idol> had mysterious elements. However, all three featured the top actors of Korea, and were under the general genre umbrella of “drama.”

Directed by Lee Soo-Jin, <Idol> features the veteran actors Han Suk-Gyu and Sul Kyung-Gu, as well as the extremely talented actress Chun Woo-Hee. I must say, the acting by this trio was no less than phenomenal! Han Suk-Gyu’s charismatic tone, Sul Kyung-Gu’s emotional performance, and Chun Woo-Hee’s unbelievable portrayal of her character all made up for an amazing mix of incredible acting. These talents may not be everyone’s favorite actors, but most definitely ones that everyone respects for their skills.

Koo Myung-Hwe (Han Suk-Gyu) was a beloved provincial council member with the potential of being the next provincial governor. With massive support from the people, his future seemed very optimistic. That is, until his son committed a hit-and-run crime. With grand aspiration to become a powerful politician and the hunger for a perfect public image, he has his son confess to the crime.
Yoo Joong-Sik (Sul Kyung-Gu) only had one thing to live for: his son. When he finds out his son was killed in an accident caused by councilman Koo’s son, Yoo’s world comes crashing down. Yoo can’t understand the actions of his son on the day of the accident, and when he seeks help from the police to find his daughter-in-law (Chun Woo-Hee) who was with his son on the day of the accident, the cops don’t listen to him. To get to the bottom of the mystery surrounding his son’s death, Yoo takes it upon himself to find the necessary clues to get justice for his son.

Right from the beginning, the movie sucks you right in. The film has an eerie vibe to it, giving it a very mysterious feel, while also triggering various emotions with its serious tone of voice. If you’ve seen the trailer, I’m sure you get the gist of what the movie is about. However, there’s so much more that goes on as the movie progresses. Now, this may also be seen as a negative, which I’ll go over in the “The Bad” part, but it also offers elements of surprise. Probably the biggest positive this movie offers is its actors’ amazing performances. The actors themselves aren’t the most famous; they are fairly well-known, but aren’t really considered to be “Top A-list” celebrities. However, their talents are most definitely up there. Chun Woo Hee’s acting was especially chillingly-great in my opinion.

There were definite shock and confusing factors, which was one of the biggest complaints Korean viewers had after watching this movie. In a way, this offers the “mysterious vibe” that I said was good above; it sets the tone of a strange and uncanny element in the beginning, as I found myself puzzled with questions. However, this puzzling impression ultimately goes unanswered even after the movie is complete.

In continuance of the confusion the movie portrays, the film doesn’t really give a definite answer in its conclusion. It’s left for the audience to interpret. This is good to a certain extent, but I personally felt that it was too much of an open ending without giving enough leads of what the director/writer wanted to deliver with the movie. Basically, the movie opens up making you question what’s going on, and ends without answering the questions you ask.

And in addition to these confusion the movie leaves you with, there were scenes that raises questions of why it was included in the movie at all. When watching these scenes, you think that it was included with a purpose, a bigger meaning. But there really aren’t any linkages connecting everything together, which makes you even more confused and think of these as “WTF moments.”

Also, the movie’s duration was too long, having a 144 minute run-time. You think that the movie is concluding, but something else happens that opens the story up again. And again, and again. These are the WTF moments I mentioned above, being left unanswered and confusing the audience more and more. What was it trying to accomplish? Its purpose? 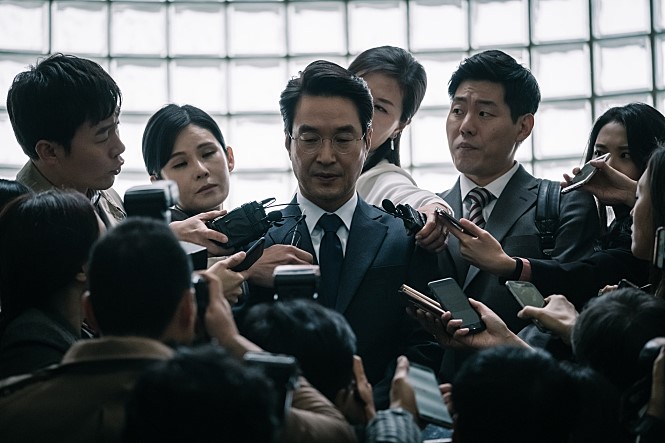 The biggest downfall was the poor audio quality. A lot, and I mean a lot of people have been complaining that the sound in this movie was the worst. A common comment is that it’s a Korean movie, but as a Korean, you need subtitles to understand. The dialogues were difficult to understand, and the hard dialect spoken by Chun Woo-Hee made it even more difficult to comprehend (doesn’t mean her acting was bad, though!)

<Idol> was an emotional, yet tense film. It had a lot of different plot points, going over various topics. The movie finishes leaving the audience a bit confused; the conclusion is left for the audience to decide. Ultimately, the movie starts off great, but tries to do too much as it progresses, in my opinion. I would recommend for those looking for a movie to think deeply about, but if not, I’d watch something else. Amongst the three movies that came out on March 20th, this is my least favorite – it’s not a bad movie though!