“A cop teams up with a gangster to catch the devil…? Sounds fun…”

It’s been nearly a month since my last movie review. I’ve been extremely busy with work and just couldn’t find the time to sit down and write. I apologize it’s been so long!! 😭😭 But I have been able to watch a few Kfilms, and will try to write reviews for those as well in the coming days 😊 That being said, let’s get into the review of <The Gangster, The Cop, The Devil>! 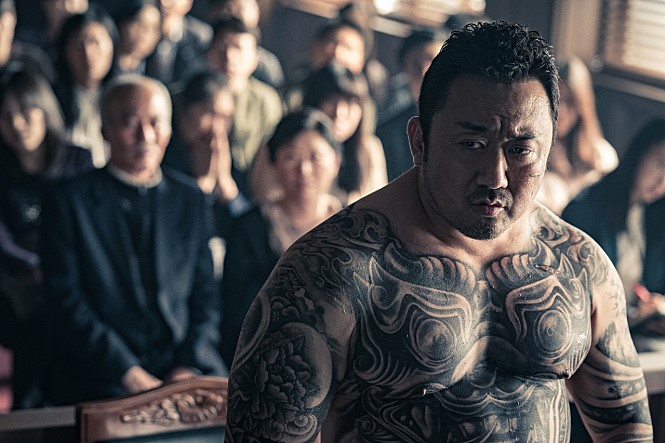 Directed by Lee Won-Tae, who’s only other directorial work was <Man of Will>, this new Korean action film stars the baddest Korean actor (in a good way) Don Lee, aka Ma Dong-Seok. It’s awesome to get another Don Lee film, following his two movies that were released in November of last year, <The Villagers> and <Unstoppable>. Other than these two, he also starred in 3 other films of 2018: <Along with the Gods: The Last 49 Days>, <Champion>, and <The Soul-Mate>. All of these films were pretty good, if not great, and really showed the potential of Don Lee as an actor.

<The Gangster, The Cop, The Devil> also stars Kim Moo-Yeol and Kim Sung-Kyu, and was based on true events. As you may have already guessed, Don Lee plays the “Gangster,” Kim Moo-Yeol plays the “Cop,” and Kim Sung-Kyu plays the “Devil.” I had the awesome opportunity to attend a pre-screening of the movie, and got to watch the film 2 weeks prior to its official release in Korea. I’ll admit, I had some high expectations for this film; the trailer made it seem like the film will have a good tone, great cast members, a solid story, and awesome action scenes. 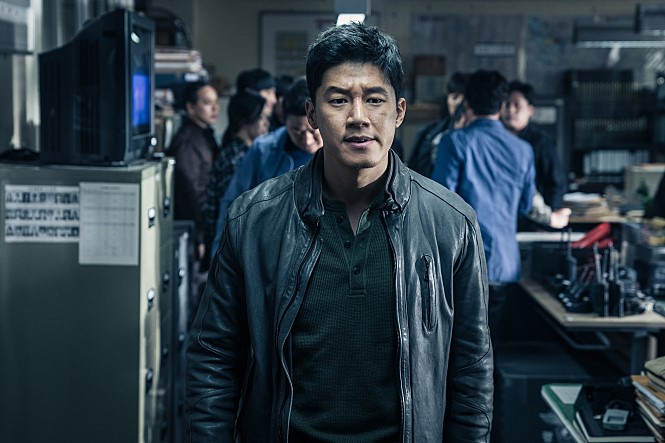 Jang Dong-Soo is the boss of a massive gang; a mobster; a thug. He fears no one, and everyone fears him. This powerful gangster coincidentally comes across a serial killer, who attempts to kill him by stabbing him multiple times. However, this “devil” finds the “gangster” to be too strong, and ultimately fails to finish the job. He flees the scene, Dong-Soo ends up being hospitalized, and miraculously survives the incident. With his blood boiling with rage and fury, he schemes to find the man who tried to murder him, and get his revenge. Meanwhile, Kim Moo-Yeol, the “cop,” connects the dots of the several murder cases that recently took place, and learns Dong-Soo also fell victim to the “devil.” Thus, he meets and persuades Dong-Soo to partner-up in finding the serial killer, and the pursuit of the “devil” begins.

Don Lee was BA as always in this. However, he wasn’t that “tough on the outside, soft on the inside” character that we’ve seen him in a lot recently. No, no, no; definitely not that teddy bear image in this. He was a full-out gangster that you don’t want to mess with. And it was good to see him in this absolute bad-person role!

Maybe because of a similar tone-of-voice, but I found that the movie reminded me a lot of <Veteran> and <The Outlaws>. However, it had a lot more violence and gore than the two movies. It really didn’t hold back when it came to showing blood or torment; there’s a scene where a man is being tortured into talking, and it was quite gruesome, to say the least. Couple this with moments of suspense, and I say the film did a fine job in keeping its audience entertained.

Moreover, the film had good action sequences. The fight scenes were entertaining, and it’s always fun to watch Don Lee kicking and punching the living hell out of his opponents. However, it wasn’t all action, suspense, and violence; the movie had several funny scenes scattered throughout to give it a tad bit of a comedic sense.

The acting wasn’t anything special. In fact, it was pretty cringe at times. I especially found Kim Moo-Yeol’s acting to be pretty cheesy. His performance in <Forgotten> was incredible, but in <The Gangster, The Cop, The Devil>, his acting just seemed way too over the top. Don Lee also didn’t give his best performance, and the supporting cast members’ acting, including Yoo Seung-Mok, Choi Min-Chul, Kim Yoon-Sung, Huh Dong-Won, etc., weren’t impressive either. However, I will say that the “devil” actor’s performance (Kim Sung-Kyu) was pretty chilling, though. He was the only one that stood out in terms of acting performance. 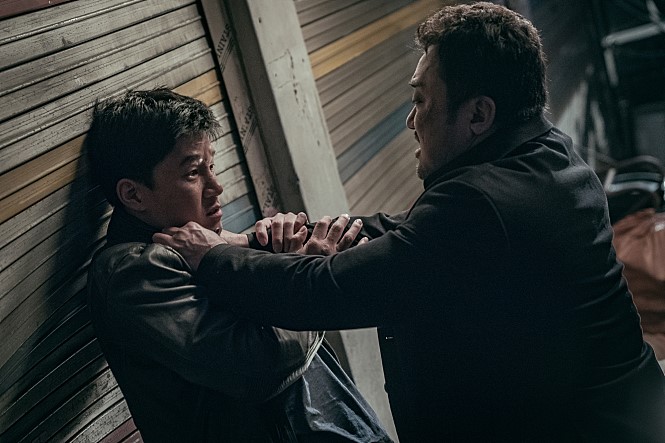 As mentioned before, the story of <The Gangster, The Cop, The Devil> was based on true events. However, the story itself just wasn’t very good. They probably added made up scenes to liven up and make the story more entertaining/interesting, but it went too far at times. Some scenes felt way too exaggerated, and was too unrealistic. It felt as if they were trying too hard to be cool, which ultimately made it feel too over the top. If you see the film, you’ll understand what I’m talking about.

<The Gangster, The Cop, The Devil> was entertaining to watch lightly, with good action and suspense. Movies that stars Don Lee are almost always a good, light watch. However, the message wasn’t clear nor good, and felt like all it was trying to say was that “cops are crooks too,” which is a strange purpose. Judging by how quick Korean movies that don’t do too well in theaters are released on Netflix relatively quickly these days (coughcough* <Drug King>), I predict this will also be on Netflix very soon; in which case, watch it when it’s on Netflix.