Straight up, watching this movie I found myself continuously saying to myself, “damn, Don Lee is a beast…” As you can tell by the trailer, <Ordinary People> is another movie that portrays Don Lee, or Ma Dong-Seok, as a tough, powerful character that plows through anything in his way. He’s a beast that should not be messed with. 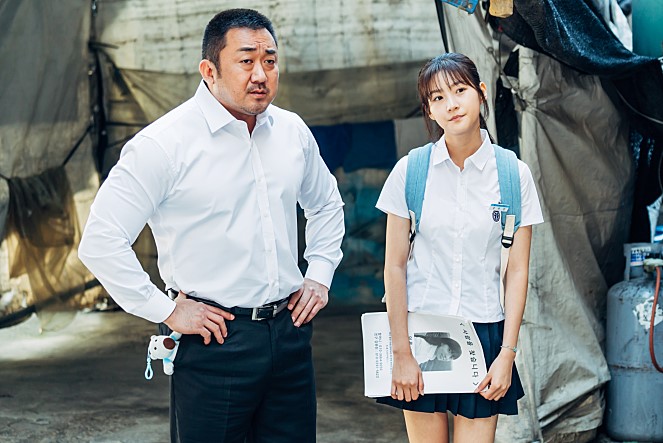 Directed by Lim Jin-Soon, whom I hadn’t heard of or seen any previous works of before, <Ordinary People> stars the Korean “The Rock” Don Lee, or Ma Dong-Seok in Korean, alongside Kim Sae-Ron. Just an fyi, Don Lee is the English name of Ma Dong-Seok, as he’s actually an American citizen, and “Lee” is his actual last name, not “Ma” (his full real Korean name is Lee Dong-Seok). Kim Sae-Ron was the child actress that played Somi in <The Man from Nowhere>; yes, she’s all grown up now and entering college next year!

A high school girl goes missing in a countryside town, but no one blinks an eye. Everyone goes on with their lives as if nothing has happened; as if everything is okay. In the midst of this, a new PE teacher, “Ki-Chul” (Don Lee), comes to the school, and instantly senses that something isn’t right. He comes across “Yujin,” a friend of the missing girl and the only person that’s actually looking for the lost student, and incidentally joins her in the search. Yujin is confident that her friend was kidnapped, and that if they don’t look for her, then no one will. As they continue looking for the missing girl, they find that someone is continuously erasing the trace of the girl. The mystery of the missing student becomes stranger and stranger as more and more clues are unveiled.

First, I thoroughly enjoyed the balance this movie provided. In my previous review of <Confession>, I mentioned that the balance of the essential elements of a movie is critical in my judgement of a film. <Ordinary People> had a fairly good balance of humor, thrill, action, and mystery, and didn’t go overboard with any of those components. I’ll be honest, I thought this film would be too focused on action, only showing Don Lee punching and running over anything in his way. However, I was pleasantly surprised by the laughing points it had, the continual mystery that had me pondering, and the suspense it had as well. The movie was definitely better than I expected.

Furthermore, the film goes over several social issues that are very serious in Korea nowadays. Corruption, minor exploitation, physical abuse, sexual misconduct, and hidden cameras are a few of the many problems that are addressed. I would say it’s similar to the film <After My Death> in a way, in the sense that it goes over various societal concerns, but it’s less dark and had more suspense, and also had humor to keep it from going too dark.

The acting performance by the cast was also good. Don Lee is a hard-ass MOFO… I wonder if anybody else in Korean cinema could play the roles that he does… I feel like he’s in a class of his own, a genre that he’s established where only he can digest. However, it seems like he’s essentially the same person in everything he’s in: a thug-like character with an extremely soft heart. Nevertheless, I still enjoy watching him every time. The acting by Kim Sae-Ron was also impressive, showing a new side of her and shifting her from a child actress to a talented, proficient actress full of potential.

Lee Sang-Yub plays a mysterious figure in this, and I’m still unsure if he was the best choice, but he did play the role fairly well. His acting skills and delivery were there, but I just feel like the image he has as an actor and the character itself weren’t 100% in sync. On the other hand, Jin Sun-Gyu was very well-suited in the role he played. I mentioned in my <Dark Figure of Crime> review that I thought he didn’t fit the character in that film; he played a “good person” in it. However, he plays an antagonist in <Ordinary People>, and this fit him so much better (he also plays a bad guy role in <The Outlaws> and was great in that as well). 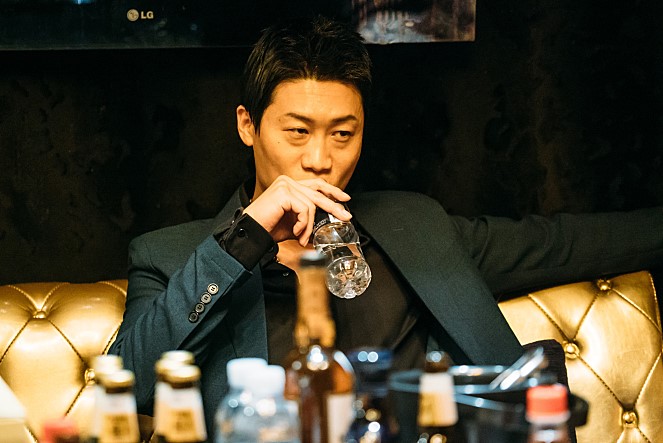 One unfortunate aspect of the film was that there was basically no character development, and the story just jumps right in. The two main characters got extremely close out of nowhere, and the progression of the story was too sudden. I feel like they should’ve given more life to the characters, developing and giving more background story to them so that the audience could follow along and be more closely engaged with the narrative. And it wasn’t only the characters that could’ve had more development, but the story itself as well.

The story basically progresses in complete synchronization with the trailer up until about the halfway mark. Maybe because of this, and probably due to a lack of story development as well, but the movie was very predictable. There are several twists and turns, some that were pretty good, but others that you could see coming from miles away. But I will say that at first you think the twists don’t work, but it starts making sense as the movie nears the end. It’s those twists that keeps the mystery going, albeit they weren’t jaw-dropping ones. 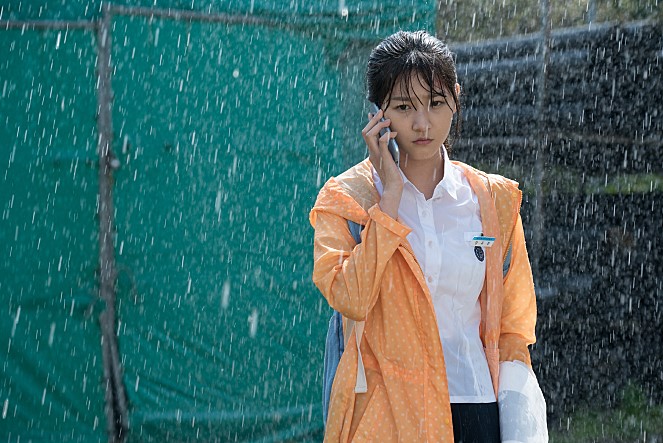 The biggest dissatisfaction I had with the movie was its ending. I won’t give any details due to spoilers, but the film just ended without a big finish. It felt as if they burned through all their budget and couldn’t finish filming the conclusion, and wrapped up the production in a hurry to get the movie out. There definitely were room for improvements in its end.

<Ordinary People> was a movie that had action, suspense, humor, and mystery, and is definitely a watchable film. It didn’t have an out-of-this-world story that’s new and original, but I’d say it’s a good light movie to watch, especially if you’re a fan of the Hulk-like Don Lee destroying everything. Just don’t have too high of an expectation going into it.