“Everyone will be happier through this, right?”

A great cast, an intriguing story, and a fairly good rating; why haven’t I heard of this movie before? Possibly (or most likely) because I was serving my Korean mandatory military service in 2014, I had not heard of this film until yesterday when I was roaming through Netflix. A highly underrated and unexposed movie, but is its overlooked status justified? 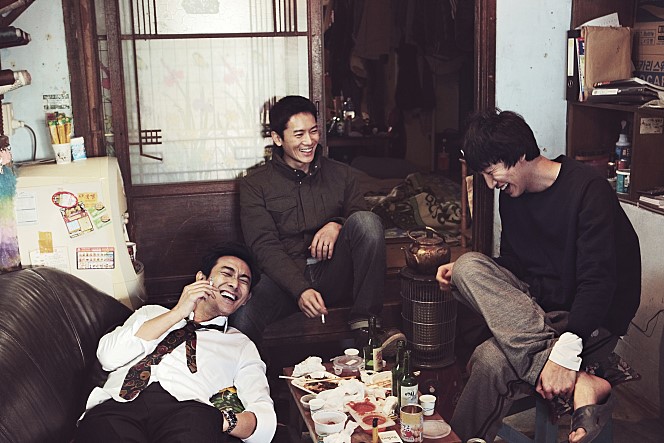 What first caught my eyes was the cast: Jisung, Ju Ji-Hoon, and Lee Kwang-Soo. Just looking at the main cast gives you reassurement of a well-performed production. Then I searched the trailer; the story was intriguing, and left me wondering what exactly the movie was about. And finally, I tried looking up the title on Naver, the Korean portal site. A rating of 7.44? Not too shabby. I gave it a go.

Directed by Lee Do-Yoon, <Confession> is categorized as a crime/drama, but I would say it also falls into the genre of mystery. It’s a very dark film that revolves around 3 longtime friends who would risk their lives for one another. However, an unfortunate turn of events spirals out of control, testing the loyalty of the trio.

Hyun-Tae, In-Chul, and Min-Soo are longtime childhood friends who went through hell and back for each other. When a robbery incident that ended with a massive fire that killed Hyun-Tae’s mother is left uncovered, the mystery of what exactly happened that night begins. Hyun-Tae, suspicious of the actions of the detectives and the progression of the case, starts to take matters into his own hands, and asks In-Chul and Min-Soo for their help. However, as more and more clues are unveiled, Hyun-Tae becomes skeptical of his two best friends. The moment he starts being suspicious of his friends, all hell breaks loose.

Right from the start of the movie, it had me hooked. It has a very eerie, mysterious vibe almost instantaneously, and continues this tone throughout its duration. From when it gives you the background story of the friendship of the three friends, to when the actual disastrous fire incidence occurs, it catches your attention and has no intention of letting go. The narrative was well-paced (up until the last 20ish minutes), and reveals critical elements at a good progression.

In addition, the story was different from other mystery films in that it had a very different approach in its structure and delivery. Majority of mystery movies usually follow the format of showing the result first, and having the audience try to figure out what led to that conclusion. On the other hand, <Confession> essentially took the very opposite approach by showing you what happened first, and then making you try to figure out what’ll happen next, then next, and again, the next. Of course, I enjoy that former too, but this was a different development that I thoroughly enjoyed. 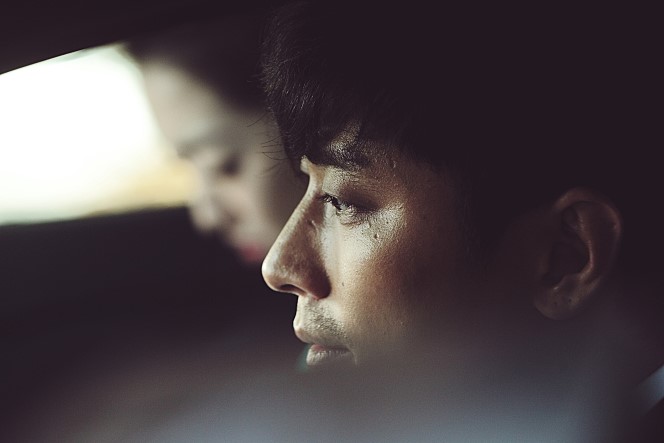 The movie offers remarkably more than what the trailer offered. I mean, the trailer was good too, but the actual film gives you so much more; I highly appreciate that the trailer didn’t reveal too much, but gave just the right amount of info to keep the viewers intrigued. Moreover, the story was very real. If you put yourself in the shoes of each of the characters, you can understand and empathize with them, and realize why they did what they did.

I’m kind of torn between how I feel about the acting of the main characters. To be straightforward, I very much enjoyed the performances of Jisung and Lee Kwang-Soo; it’s Ju Ji-Hoon’s acting that I found disappointing. I’ll go over the first two here, and Ju Ji-Hoon’s part in the next section. Jisung’s acting was phenomenal, as always. He just has a way of really getting into character, and portraying his roles in a very genuine and authentic way. As for Lee Kwang-Soo, I was very, very surprised as his performance. 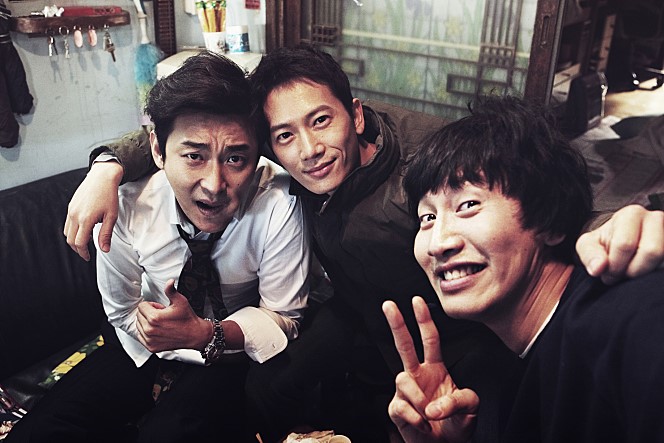 It seems that Lee Kwang-Soo always plays a very…  dull and unintelligent(?) figure. From <The Accidental Detective> to his roles in Kdramas like <It’s Okay, That’s Love>, to even on variety shows like <Running Man>, he has a naïve and shortsighted “image.” I’m sure he’s not like that in real life, but the image he has in the entertainment industry is like that. And he’s so good at portraying that image. I don’t think anyone else does it better than he does. Through his performance, he’s not only capable of portraying a comical character, but also a very serious one as well. And it’s his serious acting that really caught me off-guard in this. A huge round of applause and praise to him.

In continuance of the previous part, Ju Ji-Hoon’s acting was underwhelming, in my opinion. There are a total of 3 main cast members, but it’s Ju Ji-Hoon’s character that carries the story and is on-screen majority of the time. However, his performance didn’t really excel or captivate, and was too over-the-top. His acting was just that, acting. It wasn’t genuine and felt like he was being someone he’s not. But I do give him the benefit of the doubt, as this was released back in 2014 and I believe his skills hadn’t yet fully developed then. Even up until the <Along with the Gods> series and <The Spy Gone North> I don’t think his talent had fully kicked in; it was with <Dark Figure of Crime> that I believe he truly showed his potential. But yes, in <Confession>, I felt that his acting was ingenuine and overdone. (I will say that it did get better near the end, though.) 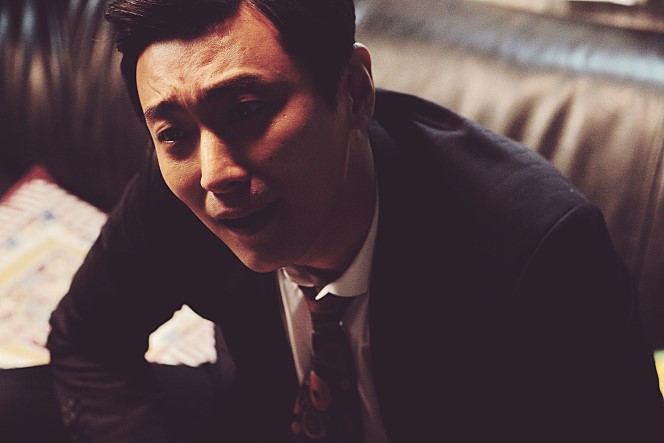 In a movie, I like a balance. I think that’s the most critical element I look for when deciding if it’s a good film or not; the balance of the various essential features such as humor, story, acting, cinematography, etc. In a great mystery/action, there are sprinkles of humor that keeps it from being too “serious” (e.g. <Tazza: The High Rollers> & <Dark Figure of Crime>). Furthermore, a great comedy/drama has a strong story foundation (e.g. <On Your Wedding Day> & <Intimate Strangers>). On the opposite end of the spectrum, films that’re fully serious and dark-toned (e.g. <After My Death>) with no lightness, or all-out comedy with no narrative basis (e.g. <Too Hot to Die>) I find to be poorly-produced movies.

<Confession> was neither or. It did have some of the vital factors, but I can’t say it had it all. It was very dark-toned and depressing, which I find could be “too much” for some viewers. This is just my own personal opinion, but I believe if it had given it some more humor and eased up on the darkness, it would’ve given the push it needed to go from a “good” movie to a “great” one. 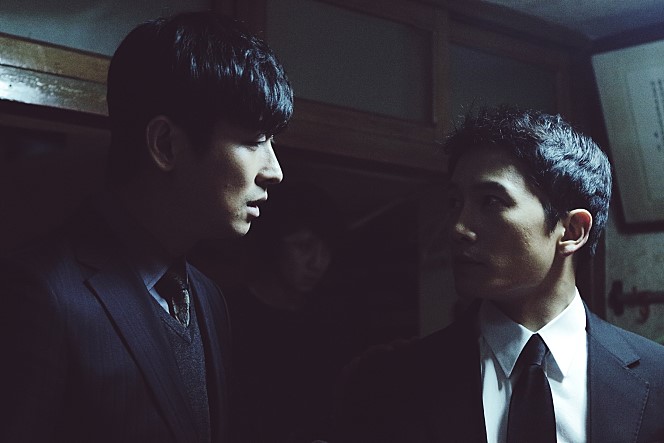 <Confession> was a decent movie with a great cast, and an intriguing story. I’d recommend if you enjoy darker-toned, more serious movies. If not, this may be too depressing for you. Despite it being released in 2014, it still has a modern feel to it, and because it’s available on Netflix, I’d say it’s worth the watch.