“Have you heard of the living corpse?”

If there’s one thing that Korean film does well, it’s creating zombies. From the Netflix original series <Kingdom> to <Train to Busan>, <Rampant> to now this, although not all of these productions may have been great, they all had great zombies. Another thing to note is that the zombies in all of these movies had different traits. Some were sensitive to light, while others were more responsive to smell; but we’ll get into the details of the differences later. For now, let’s get a grasp of the general idea behind <The Odd Family: Zombie on Sale>. 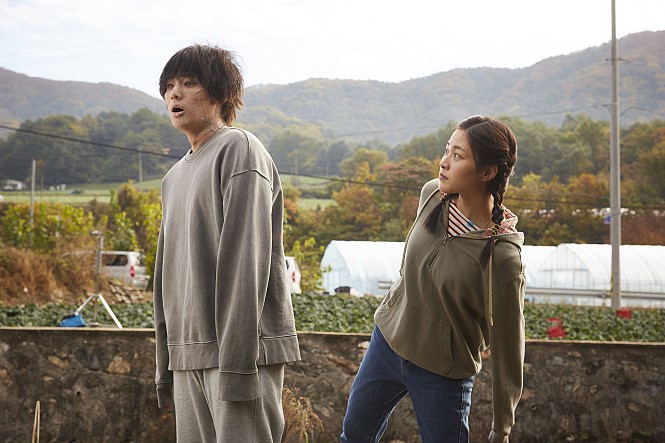 Directed by Lee Min-Jae, <The Odd Family: Zombie on Sale> definitely was an odd and bizarre zombie film unseen in not only Korean cinema, but Hollywood as well. It was a zombie comedy, or “zomedy” as we labeled it in the EonTalk Telegram group, and was Lee’s directorial debut. Though not mind-blowing, it was a decent start to his directing career.

The movie features a lineup of Jung Jae-Young, Kim Nam-Gil, Um Ji-Won, Lee Soo-Kyung, Jung Ga-Ram, and Park In-Hwan. Now, looking at solely the cast members, the film doesn’t seem to have amazing actors. However, I didn’t have much to complain about the acting performances itself. All of the cast were decent and though not phenomenal, gave pretty good performances. I had the awesome opportunity to attend a pre-screening/cast interview of the film, and what really surprised me was how different the actors’ personalities were from on-screen and in real life. 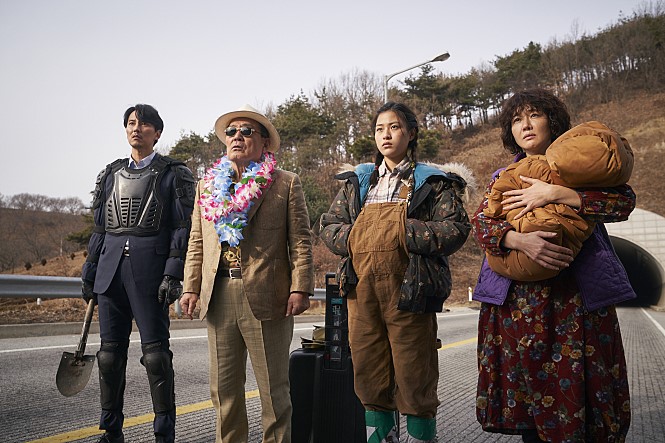 The movie begins like how you would expect a zombie film to begin: thrilling and suspenseful. However, within the first 5 minutes, the tone of the film totally changes 180 degrees and shifts into a very comedic and light mood.

Once upon a time, there lived an “Odd Family” out in a countryside town. This village was isolated from other parts of the country, and a car was most definitely needed to travel to another city. In this peaceful, calm town, a zombie suddenly appeared. ‘Man-Duk’ (Park In-Hwan), the head of the household, came across the zombie and took him into his family. This zombie was unlike any other; it had a handsome appearance, understood human behavior, and could empathize with people. Man-Duk’s family decided to name him ‘Jjongbi’ (Jung Ga-Ram), and they took care of him as a pet. Later, they found out that once you are bit by Jjongbi, you become healthy(?) and immortal. They decide to turn this into a business opportunity, and put “The Zombie on Sale.”

One positive element of <The Odd Family: Zombie on Sale> was that it was unlike any other zombie films I’ve ever seen. There were very limited gore, hardly any jump scares, and very little violence. I’m assuming it was going for a movie that more younger audiences could enjoy, as the film was rated 12+. Yes, the fact that it didn’t have much gore, violence, and suspense as a “zombie movie” may come off as a negative, but it was unique, nonetheless. And I must give it some level of recognition for trying something new.

Another different/humorous element of the zombie in <The Odd Family: Zombie on Sale> that’s worth pointing out is that it was actually chased by the humans for a good amount of time, instead of the other way around where the zombies chase the humans in other films. The people actually wanted to be bit! 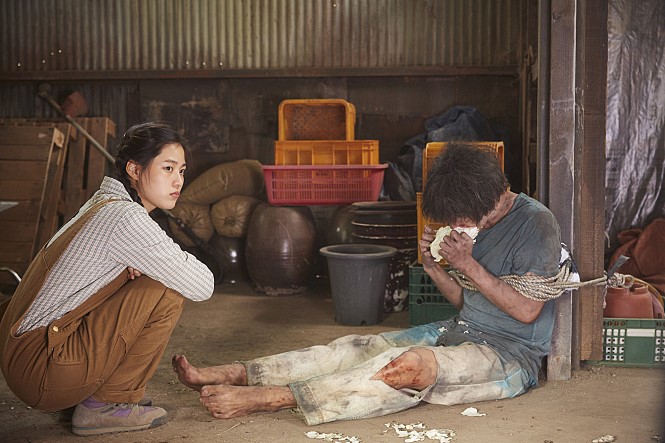 Also, it had some other traits that differed from conventional zombie movies: the zombies were more sensitive to smell than sight, not effected by the sun/daylight, fairly weak in attacking, and didn’t necessarily turn immediately after the bite.

Moreover, the acting was pretty good for the most part. I didn’t really have any expectations for the actors of this movie, and hadn’t seen a lot of the cast members before either. However, despite the in-movie characters having very hard countryside accents and dialects, the cast members were able to execute it very well in a natural manner. Furthermore, the acting of the cast members is what made the funny scenes, funny. 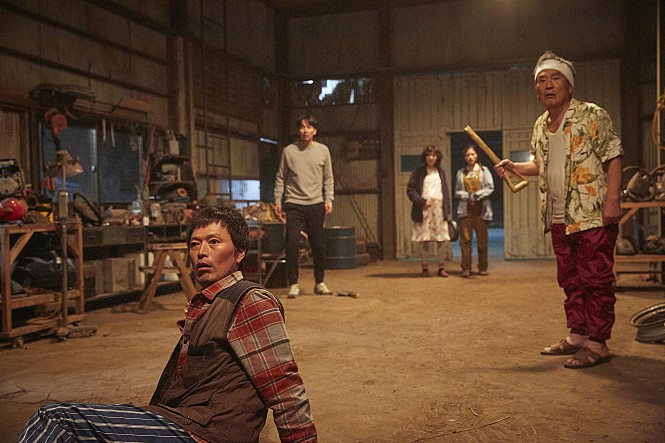 One huge flaw of <The Odd Family: Zombie on Sale> was that it had no real story. It just felt like an event after another event, and so on and so forth; like a skit following another skit, just with an overarching theme of “zombies.” In addition, as mentioned before, the movie had zero suspense/thrill (minus the first few minutes); it was a full-out comedy. And I don’t know about you, but I go into zombie films expecting at least some level of suspense. Take for example <Zombieland>. Although it was a comedy, it still had elements of thrill and scare. I appreciate that they tried something new with this type of “zomedy,” but I was a bit disappointed that it took out all of the suspense.

The movie ended on a funny note, and although I admit that it was humorous, it wasn’t really satisfying. It felt as if they just merely tried to fill up the major plot hole the movie had (which I won’t mention due to spoilers) with any solution they could think of, and didn’t really think through the narrative. As if they just went with the flow until it was time to wrap up the movie. 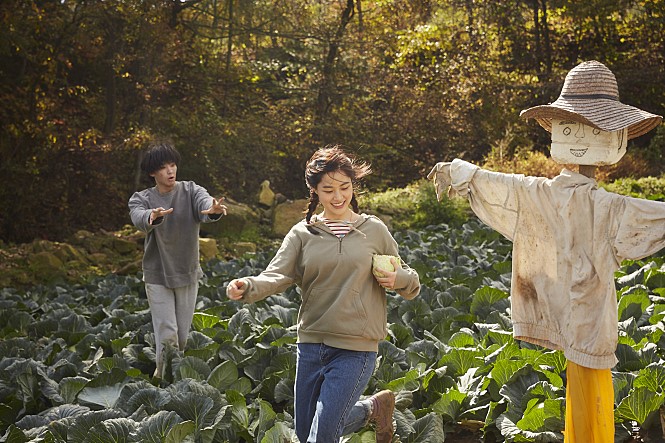 The movie had an old-style humor/comedy. It utilized a lot of slow-mo scenes to emphasize humor, many slapstick comedies, and numerous wordplay- it’ll be interesting to see how they translate this into English subs. The humor felt very childish and over the top. I’d compare the humor in this to the comedy that <Extreme Job> had. I personally am not a fan of this type of comedy, as I mentioned in the <Extreme Job> review, but that’s just personal preference. I will say, though, that I laughed more in this than <Extreme Job>.

I initially compared this movie to the Hollywood film <Zombieland> when I saw the trailer(s), and although it had the mutual factor that it was a comedic zombie film, it was very different in almost every aspect. Also, it created a new concept of “zombie movies” that’s unseen in other Korean and Hollywood films. However, in the end I think <The Odd Family: Zombie on Sale> would be good for a Netflix watch, but it’s not worth going to the theaters for.