“Everyone has a beast living inside them, it’s a matter of when it reveals itself”

Hello everyone! I hope everyone’s been staying safe amidst the coronavirus outbreak, and are taking the necessary measures to stay healthy. With the ongoing pandemic, movies that were set to release in February and March are still at a state of unknown release, and so there aren’t any new movies to review. Thus, this week, I’ve got another written review of a film I watched last year, but haven’t had the chance to get a review out for: <The Beast>. 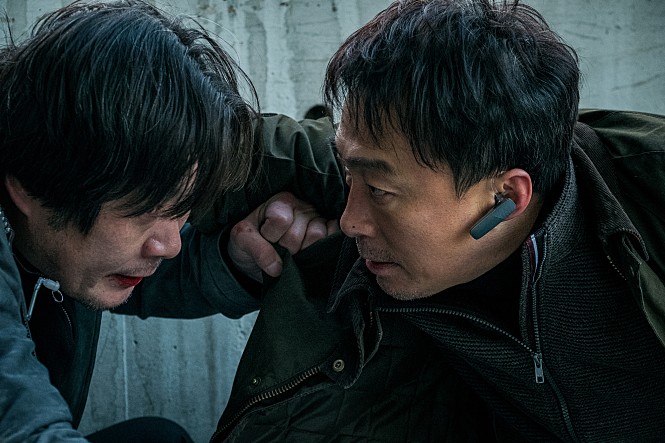 Based on the French film <36 Quai Des Orfevres> directed by Oliver Marchai, <The Beast> is a Korean remake that was released on June 26th of 2019. Starring Lee Sung-Min, You Jae-Myeong, Jun Hye-Jin, and Daniel Choi, <The Beast> is a crime/thriller directed by Lee Jung-Ho. The film revolves around the two sides of two different cops. The synopsis is as below.

A murder case that shook the nation of Korea occurs, and the ace detective, Han-Su, who does whatever necessary to catch the criminal, and his junior detective, Jong-Chan, begin to investigate the case. In the midst of the ongoing investigation, the drug-broker, Chun-Bae, gives Han-Su a definitive clue involving the murder case, in return for covering her relation to the murder. Han-Su’s rival cop, Min-Tae, smells something fishy, and the investigation starts to take a wrong turn.

One great thing about <The Beast> was the acting by the main leads, Lee Sung-Min and You Jae-Myeong. If you’ve seen my other reviews of films with Lee Sung-Min in it, you know I always praise him for being such a dynamic actor. He’s able to play such a wide range of characters, whether it be in serious roles, such as <The Man Standing Next> and <The Spy Gone North>, or comedies such as <Mr. Zoo: The Missing VIP>, he’s a well-established actor that can execute whatever role he’s given. And he’s great in <The Beast> as well. Lee Sung-Min just has a way of attracting the audience’s attention, and retaining it. 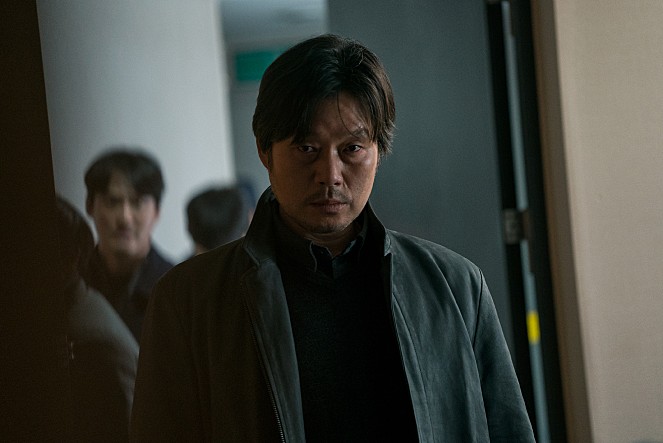 Furthermore, his rival in the film, You Jae-Myeong, did a wondrous job as well. You Jae-Myeong usually plays a more smaller role, and is in more K-dramas than movies. However, one can’t deny his talent. I mentioned that Lee Sung-Min is able to play a very wide range of different characters, but this is also the case for You Jae-Myeong as well. Take for example his roles in <Fengshui>, a Korean historical drama, <Reply 1988>, a K-drama set in the year of 1988, and more recently, <Itaewon Class>, where he plays the president of a major conglomerate. Whether the setting is in historical Korea, the 80s, or present-day, a younger or older role, he’s able to kill it. In <The Beast>, his chemistry with Lee Sung-Min really shined, and the performances by the two were what made the movie enjoyable.

Moreover, the movie gets pretty tense and suspenseful as it progresses. Because the movie is a thriller, this may seem obvious; however, too many times of recency do we see “thrillers” that end up not having any “thrill,” or very minimum amount of it (coughcough* <Beast Clawing at Straws>). Is it the best thriller of 2019? No. But it did get some things down right. 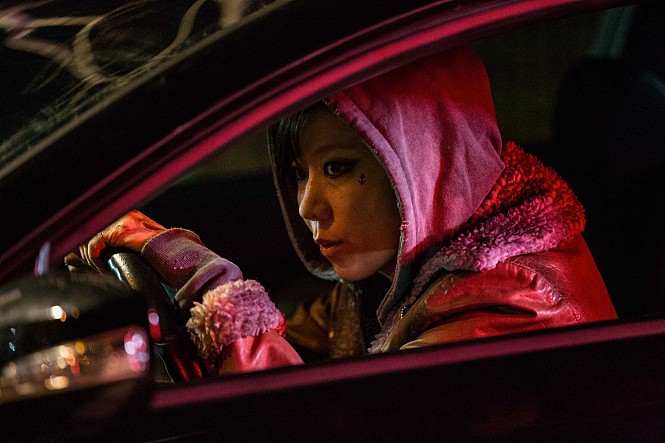 The biggest complaint I have about <The Beast> was it’s story progression. I was expecting something along the lines of <Dark Figure of Crime> when I went into the film, as the two had similar vibes when watching the trailers. However, the movie felt all over the place and very unorganized. There were so many different things going on and many layers intertwined. That’s fine, if it can end strongly and bring everything together in its concluding scenes. However, it failed to do so, in my opinion.

Also, I mentioned in the “Good” part that the acting performances by the two main leads, Lee Sung-Min and You Jae-Myeong, were great, but other than these two, I can’t say the acting by the others were anything more than “okay.” Take for example Jun Hye-Jin; her character of the drug-broker was something very new that we hadn’t seen her play before. However, new isn’t always good, as I felt like there was just something awkward to her performance. 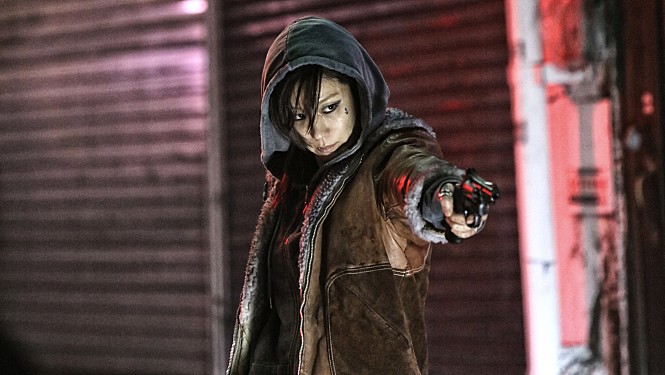 And one last minor negative was the musical scores. The music didn’t match the mood at times, and took away from the film.

<The Beast> was a movie of the crime/thriller genre that Korean cinema does so well. And maybe because we’ve got so many other great films of the same genre to compare to, but I didn’t think this movie sufficiently satisfied my K-thriller expectation. The movie wasn’t bad, but I can’t say it was great either. It’s definitely enjoyable and has scenes of good suspense and thrill, but it’s also definitely not on the same scale as some of the great Korean crime-thrillers, such as <I Saw the Devil> or <Memories of Murder>. If you’d like to see some amazing Korean thrillers, I’d suggest you check out my video of “Top Korean Thrillers” on the EonTalk YouTube channel.