“I don’t have anything, so I can’t do much for you. But I’ll stay by your side. I’ll protect you…”

Going into the film, I had no idea what to expect. I’ve seen the promotional poster and the trailer, but couldn’t really grasp what the movie was about, let alone the exact genre of the film. It’s labeled as a “drama,” but upon finishing the film, it’s so much more than that. It has elements of suspense, thriller, and horror on top of just “drama” (and I say horror, but it’s not the conventional “horror” that we see in typical films; I’ll explain further below). 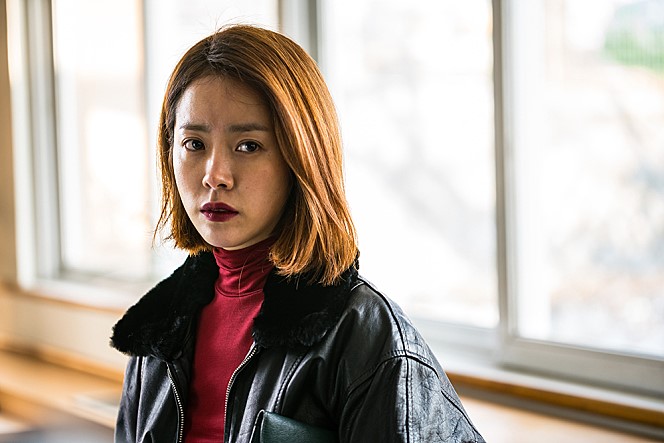 <Miss Baek>, directed by Lee Ji-Won, is based on a true story that revolves around the serious social issue of child abuse. The film addresses the matter head-on, not suppressing anything and keeping it very, very real. The main cast members are Han Ji-Min, Kim Sia, and Lee Hee-Joon, and features some great supporting cast as well, such as Kwon So-Hyun, Baek Soo-Jang, and Kim Sun-Young.

I’d say it’s comparable to the other film that goes over some deep societal issues that was released last month, <After My Death>, in the sense that it’s dark-toned, serious, and goes over some crucial concerns. However, it’s not as dark and depressing as <After My Death>; it does have some comedic points, albeit rare, whereas the counterpart had absolutely none. Furthermore, I personally enjoyed this a lot more, as it focuses on one critical problem, whereas <After My Death> felt like it was trying to get across too many points. Nonetheless, we need more of films such as these that have a meaningful purpose/message, and sheds light on urgent issues.

After being abandoned by her alcoholic mother, Miss Baek (Han Ji-Min) had to survive on her own as a young girl. When a man tries to come onto her, she attacks in self-defense. She is convicted and serves time, and loses all hope. As an ex-convict, she doesn’t rely on or trust anyone, and works multiple jobs to make ends meet. That is, until she comes across the malnourished Ji-Eun (Kim Sia) in shabby clothing, trying to escape reality. She sees her younger self in Ji-Eun, and decides she must save this young girl.

The acting by Lee Hee-Joon, Kim Sia, and Kwon So-Hyun were highly applaudable. Lee Hee-Joon played the cop and boyfriend of Miss Baek (aka Han Ji-Min), and his portrayal seemed very genuine and real. Furthermore, I believe this was Kim Sia’s (the child actress who played the role of Ji-Eun) debut in a feature film, as I can’t find any other movies she was in. That being said, she was amazing. Definitely a child star to look out for. And finally, Kwon So-Hyun, the female supporting actress who took on the role of the girlfriend of the father of Ji-Eun was spine-chillingly good. She genuinely seemed like a crazy person. Although her role was just a “supporting” one, she definitely had a lot of spotlight.

Moreover, the movie keeps it very real. By this, I mean it doesn’t try to hide or keep things mild. There are some very shocking scenes, and scenes that are extremely creepy. There were moments where I had goosebumps and chills running down my back. Although it wasn’t a thriller/horror movie, it definitely had the suspense and thrill as one; it was scary in a way that’s different from other horror/thriller films. And I say horror because it brings the “horror” element of abuse, both physical and mental.

Also, the movie gets really sad(?), in a good way. I’m not sure if “sad” is the right word, but it’s the closest term to describe what I’m trying to say. The story gets very emotional in the sense that it’s touching, disheartening, dreary, fearing, empathizing, and hopeful. If you see the film, you would understand what I’m saying; you get riled up with various mixed emotions. The guy next to me was sniffling during some of the sadder scenes. 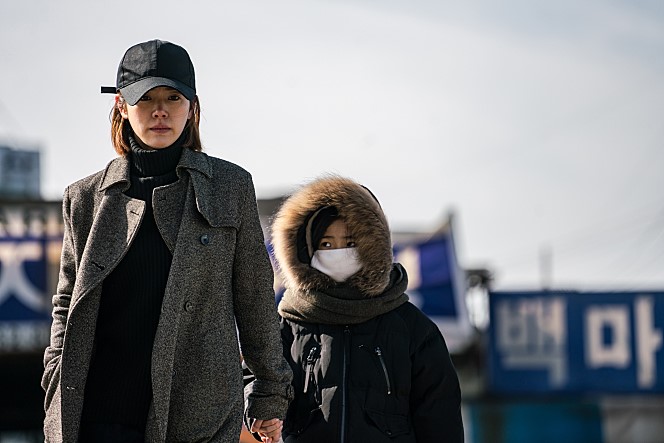 I mentioned above that it keeps it very real and doesn’t hide anything. That being said, the main topic of the film is a sensitive one. It could be hard to watch for people who’s had to deal with physical abuse, divorced parents, or other serious events in their family. I can see it bringing about some hurtful memories to those that may have had some hard times in the past, myself included. It can go two ways: (1) One can empathize with the film and bring new hope; (2) It can evoke memories of traumatic events and be hurtful/dangerous to the state of mind. One should take some level of caution when deciding to watch the film, but I believe it was a great film that stirs strong emotions.

In addition, the story doesn’t make sense to a certain degree. The fact that Miss Baek was so attached to and empathetic towards the child, who she’s seen around before, all of a sudden seemed quite odd and strange, especially since she even mentions she never wants a kid. In the beginning of the film. she’s portrayed as a woman that despises “family” and just people in general; very closed and unwelcoming. However, I found that to be non-corresponding to how the story unfolds.

And finally, I have to say this wasn’t Han Ji-Min’s best appearance. It wasn’t that her acting was bad. It was more so that the image she had as a person and from previous works didn’t really fit the role of the character in <Miss Baek>, in my opinion. Maybe if she plays more of these “badass” roles and we get more accustomed to it, it would feel more authentic.

I can’t say it’s a must watch, as it may not be enjoyable to everyone. As mentioned in the review, it can get a little emotional for some. However, it is a very well-produced movie with a great social message.