“The weak needs to stick together”

Hello and welcome to another movie review! It’s been a while since my last written review, but I’m back! 2020 is a new year, and I’m going to try to post more frequently, both in written and video forms. If you haven’t already, be sure to go over to the EonTalk YouTube channel at https://youtube.com/c/eontalk and subscribe to keep up with video movie reviews as well!

That being said, this movie review will be of a film that was released last year, May 1st 2019 to be exact. I had initially planned to upload a review of this movie, and even had movie notes for it, but wasn’t able to get around to writing up a full review until now. The movie is none other than <Inseparable Bros>. 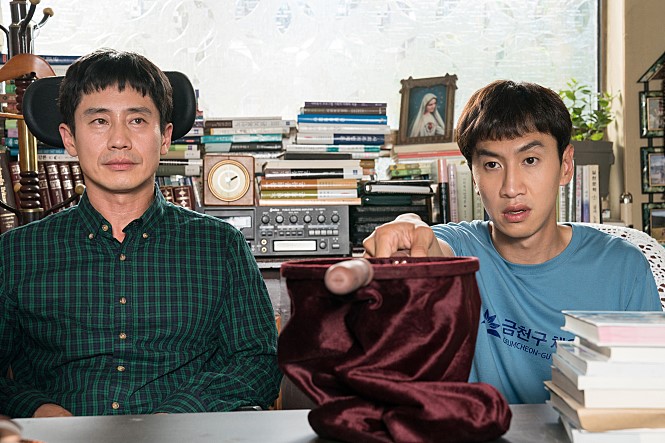 <Inseparable Bros> stars Shin Ha-Gyun, Lee Kwang-Soo, and Esom as the main leads, and was directed by Yook Sang-Hyo. The movie is a comedic drama, and has received lots of positive feedback upon its release. The movie is highly emotional; so much so that I chose <Inseparable Bros> as the most emotional movie of 2019 in the EonTalk Movie Awards. The film revolves around the brothers Se-Ha (played by Shin Ha-Gyun) and Dong-Goo (played by Lee Kwang-Soo), and the difficult situations they are faced with.

The smart older brother, Se-Ha, and the athletic younger brother, Dong-Goo are brothers that cannot, or more so must not, be separated. The two heavily relies on each other, and life is near impossible without one another. Se-Ha is physically disabled, and cannot go anywhere without Dong-Goo. Dong-Goo is a superb swimmer, but is mentally disabled and fails to perform even the simplest tasks without Se-Ha. These “brothers” aren’t related by blood, but have formed a bond over the last 20 years that’s stronger than any other brotherhood. One day, the priest that operated the orphanage the two brothers lived in since they could remember passes away, and all funding for the place is cut off. Following this, Se-Ha and Dong-Goo face being separated and sent off to two different institutes, as they have different disabilities. In order to save their home and remain next to Dong-Goo, Se-Ha recruits Mi-Hyun as a swimming coach for Dong-Goo, and registers Dong-Goo for a swimming contest in order to gain attention. He is successful in getting the public attention, but the brothers face yet another problem, as an unexpected individual comes into their lives.

<Inseparable Bros> released in May of last year, but it initially didn’t receive as much attention as it deserved. This is most likely due to it being sandwiched in-between the release of major films: <Avengers: Endgame> the week before it, and <Aladdin> and <Parasite> a few weeks following it. I wish it could’ve received more attention, as the movie definitely does deserve more recognition. From the casting to the story, the acting to its message, <Inseparable Bros> was exceptional on so many levels.

First, the casting of the movie was phenomenal. The younger character of Se-Ha, played by Ahn Ji-Ho, was selected very well. The younger and older roles of Se-Ha, as portrayed by Ahn and Lee Kwang-Soo, were extremely similar, both in terms of looks and their mannerism. Top that off with their incredible acting, and I really have nothing to complain about when it comes to casting and acting. 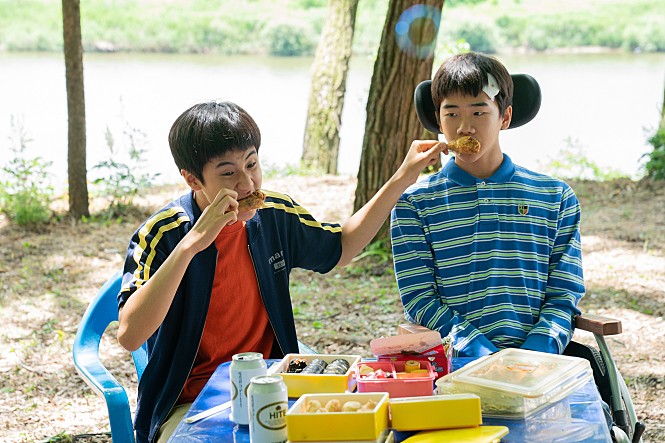 I honestly do believe Lee Kwang-Soo is one of the best at acting in roles such as this. It almost feels like the role was written with Lee Kwang-Soo in mind; as if the role is for him and only him. <It’s Okay, That’s Love>, <High Kick Through the Roof>, <The Accidental Detective 2: In Action> and <Confession> are other shows and movies he was in where he portrays a somewhat similar image.

Furthermore, the film had frequent humor that ranged from chuckle-worthy to laugh-out-loud funny.  The movie gets really, really emotional as it progresses, but it’s these funny scenes that really keeps it from being an all-out emotional drama, and gives life to the movie. For example, the “ramen” scene where Lee Kwang-Soo’s character teases Shin Ha Gyun’s character with ramen is priceless. It makes me crave ramen every time… 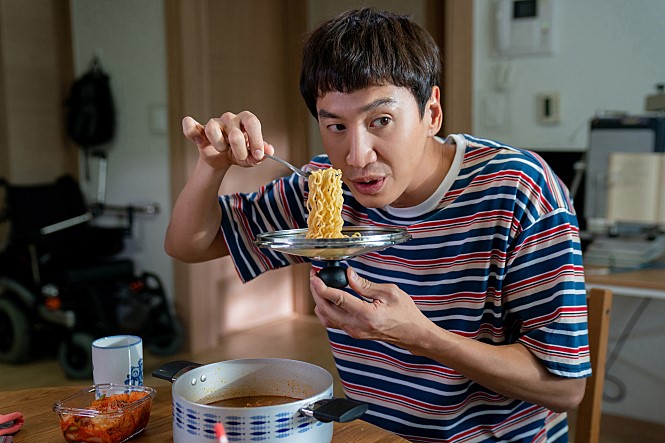 In addition, I thought the movie was great in that it had a message. It raised awareness for people with disabilities. The storyline wasn’t anything new or original, but the fact that it had a purpose was what made it good.

As emotional as the movie is, I have to admit that there’s a sense of cringe and trying-too-hard-to-be-sad elements at times. I felt that it was exaggerated at times, trying to get the audience to shed a tear and forcefully connect with the characters. I’m not saying that the movie as a whole is like this, or even that majority of it was, but there were certain scenes and parts that gave off this feel.

Also, the movie was on the longer side in my opinion. The film is under 2 hours long at 114 minutes, but it just felt way longer. This may be due to the movie being predictable in general. Even by just watching the trailer, you could probably grasp the story and tell what’s going to happen. And because you know what’s coming, you anticipate it to follow soon, but it doesn’t. And that’s why it may have felt long. However, although it is predictable and you can see what’s coming from a mile away, it gets really, really sad. Because of its emotional element, I thought it was worthy of watching. 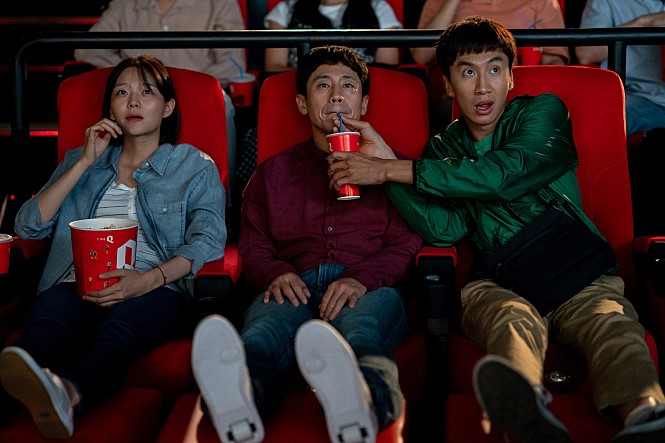 <Inseparable Bros> was a highly emotional movie with excellent acting performance by the main leads Shin Ha-Gyun and Lee Kwang-Soo. Although the story itself was pretty predictable and was over-the-top at times, the acting made up for it, making the movie worth watching. If you’re craving a tearjerker, you’ve found it.