“Are kids born from parents who don’t love each other undeserving of love…?”

<My First Client> is a movie that really hits you in the feels. Prior to watching the film, I thought the movie would be a semi-thriller drama that offers some thought-provoking ideas. I mean, after all it is based on true events. Yes, the movie had these elements; but it also offered so much more. 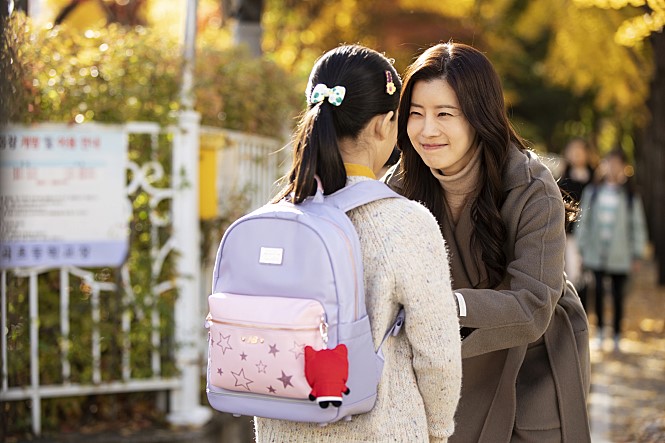 Directed by Jang Kyu-Sung, the director of <I am the King>, the film stars the phenomenal actor Lee Dong-Hwi, the amazing actress Yoo-Sun, and two actors that are most definitely worth keep an eye out for, Choi Myung-Bin and Lee Joo-Won. The story is based on true events of a child murder, and contains pressing social issues. Just from the trailer alone I was intrigued.

Jung-Yub (Lee Dong-Hwi) was a lawyer with only one ambition in life: to become successful and rich. That is, until Da-Bin (Choi Myung-Bin) and Min-Jun (Lee Joo-Won) walked into his life. Da-Bin and Min-Jun were two children that were basically neglected and extremely abused by their parents, and they found comfort in Jung-Yub when he was temporarily working at the local child protection services office. Jung-Yub found the two young siblings to be quite annoying as they continuously went to meet him everyday, and he couldn’t wait to leave the civil job for a high-paying lawyer position. And when he finally does land the job at an extremely well-paying law firm, he learns that there had been a terrible incident: Da-Bin, the older sister, had allegedly killed her 7 year old brother, Min-Jun. This shocks Jung-Yub, as he knows how close the two siblings were, and he feels extreme guilt for betraying the two children and leaving them for money. He takes on the case as the lead lawyer, representing Da-Bin, and starts digging into the mother of the children, and what really went on on the night of the death.

Right off the bat, the acting by the two child actors was amazing. It was almost unbelievable how great they were. Their ability to emotional connect with the audience, making the viewers laugh and cry, was skilled not only for child actors, but was on the level of some elite actors. Also, Lee Dong-Hwi was amazing as always. The potential he has as an actor is truly incredible, with his own, original style that I don’t think anyone else can copy. The type of humor that he emanates is something only he possesses with his expressions and mannerism. I loved him in the the 2016 K-drama <Reply 1988>, loved him in this, and appreciate all of this other works as well.

Furthermore, another great aspect of the film was its ability to ride the fine line between drama, thriller, and comedy. The occasional humor scattered throughout the duration kept it from being too dark, and the balance it had between the different elements gave it a great mood and good shifts in tone when it transitioned from one to another. It had a similar vibe to that of <Miss Baek>; it was less gruesome in its depictions, but the messages it conveyed were very significant. It definitely had more humor than <Miss Baek>, which I believe is what kept it from being an extremely dark film. 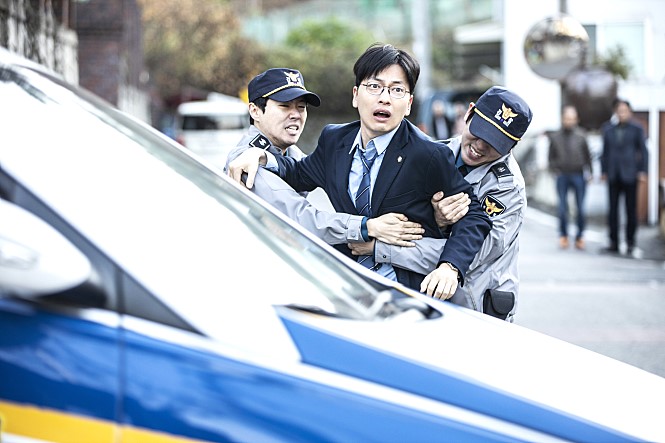 As briefly mentioned above, the movie conveys some crucial messages, more specifically societal messages on child abuse and the broken law system that’s currently implemented. It showed what the law can’t protect, how it needs to improve, and how easily it can be manipulated. One of the key messages I took away from the movie was the significance of adults and the role that adults need to play in children’s lives.

And the last piece of comment I would like to make in this portion of the review is that the cinematography was extraordinary. The movie was beautifully shot.

The biggest negative of <My First Client> was its slow progression. It took an hour for the real plot to begin. I’m not necessarily saying that the story wasn’t good, but it did take a little too long in its early development. In addition to its slow progression, the film’s progression was also rather predictable. If you’ve seen the trailer, you basically know the overall story, and it doesn’t really move out of your thought bubble. 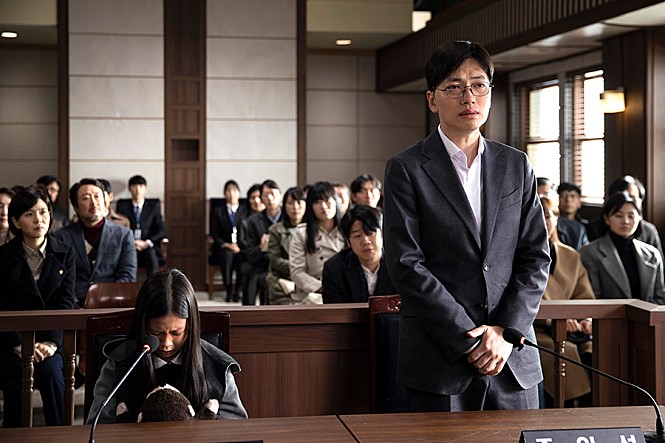 As I said in my review of <After My Death> and <Miss Baek>, these types of movies aren’t for everyone. The film goes over some serious issues and pressing matters, which inevitably leads the movie to be relatively dark. I understand and acknowledge that this won’t suit everyone’s preferences, and so if you are not interested in/prefer darker movies, I wouldn’t recommend this film.

It’s very heartbreaking to think that the story of <My First Client> was based on a true story, and that this is the reality we live in. The movie does a great time showing how really messed up the system is. I mean, the parents of the children were only sentenced to 16 and 5 years. It truly shows the dark side of humans and how ugly we can be.