Hello everyone and welcome back to another post by EonTalk! With the end of a great decade for Korean cinema, today we will be taking a look at my list of “Most Memorable Movies” of the last decade by each year. From 2010 until 2019, which were the most notable Korean movies? Let’s find out!


Before going deeper into the content, please keep in mind that this list was comprised of my personal favorites list. These are solely my biased opinions. That being said, let’s get right into the list!

To begin the list, my favorite movie of 2010 was <The Man from Nowhere>. 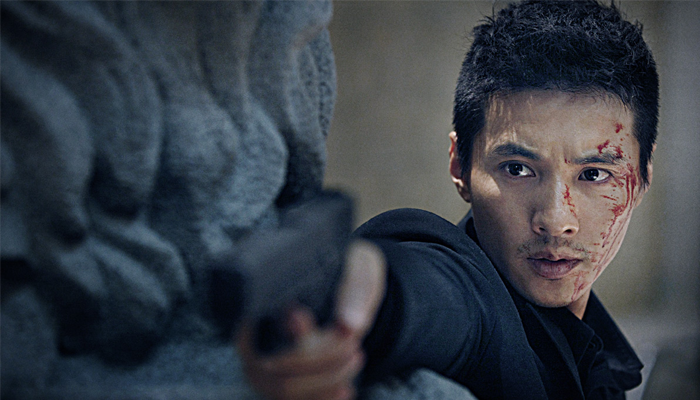 2010 had another amazing movie that’s right up there alongside <The Man from Nowhere>, titled <I Saw the Devil>. I had a really hard time choosing between <The Man from Nowhere> and <I Saw the Devil>, but I ultimately chose <The Man from Nowhere> because it has so many memorable scenes and lines, and is my most memorable performance of Won Bin’s. <The Man from Nowhere> stars Won Bin and Kim Seron, and was directed by Lee Jung-Bum, who also directed <Jo Pil-Ho: The Dawning Rage>. The film is an action/crime drama, and revolves around a former special agent (Won Bin) that goes after the people that kidnapped a little girl (Kim Seron). The movie is full of great action scenes, the acting performances are amazing, the cast lineup of both the main and supporting actors were great, and the story was incredible. A definite watch if you love action movies. 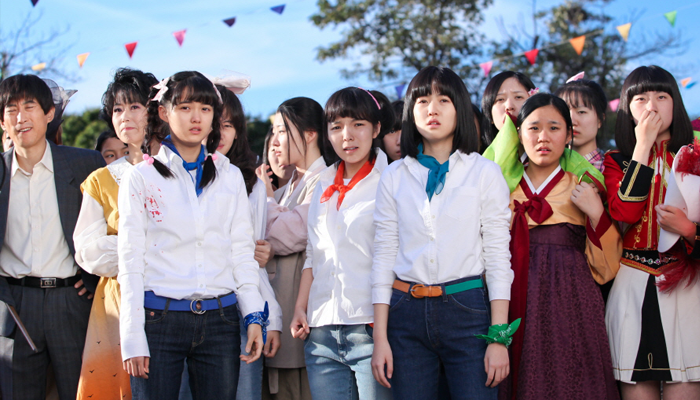 Starring Kang Sora, Kim Min-Young, Min Hyo-Rin, Nam Bora, Park Jin-Ju, and Shim Eun-Kyung amongst others, <Sunny> is a movie that is nostalgic for audiences in their 30s~50s, and a way to glimpse into the lives of what our parents’ lives were like back in the days for the younger generation. The film was directed by Kang Hyung-Chul, who also directed the the second Tazza film <Tazza: The Hidden Card> and more recently the amazing film <Swing Kids>. The story takes place in the 80s and revolves around 7 girls’ high school experiences. I remember the movie being very comical, and getting very emotional near the end. This is the movie that really drove Kang Sora’s acting career to a new high, and I really loved the retro-feel the film had.

Going into 2012, I believe this year was one of the best years for Korean cinema. I have a separate video of why I think, and you can check it out here. To simplify, 2012 had 3 amazing films that made it really difficult to choose just one: <Nameless Gangster>, <Masquerade>, and <The Thieves> were all released in 2012, but I ultimately chose <The Thieves> as my most memorable movie of 2012. 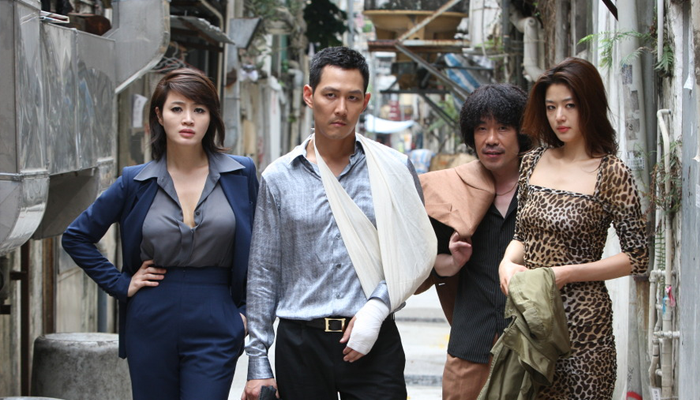 All three of these movies could’ve been chosen as the best of 2012, but I chose <The Thieves> because I feel like it’s the one that can satisfy the widest range of audiences. Also, although <Nameless Gangster> had numerous unforgettable scenes, <The Thieves> also had many memorable scenes, and had remarkable cast members that executed their performances very well. <The Thieves> had an ensemble cast of Kim Yoon-Suk, Kim Hye-Soo, Lee Jung-Jae, Jun Ji-Hyun, Oh Dal-Soo, and Kim Soo-Hyun, amongst others, and all of these actors are A-list actors in Korea. Just the lineup itself is deserving of grand recognition. The movie was directed by Choi Dong-Hoon, who also directed <The Assassination> and the first Tazza film <Tazza: The High Rollers>. He definitely has a strong and solid projects list under his belt. <The Thieves> is an action/crime drama and is about a group of “thieves” that joins a heist to steal an extremely rare diamond, known as “The Tear of the Sun.”

2013 had one of my all-time favorite Korean movie; my most memorable movie of 2013 was none other than <New World>, starring Lee Jung-Jae, Choi Min-Shik, and Hwang Jung-Min. 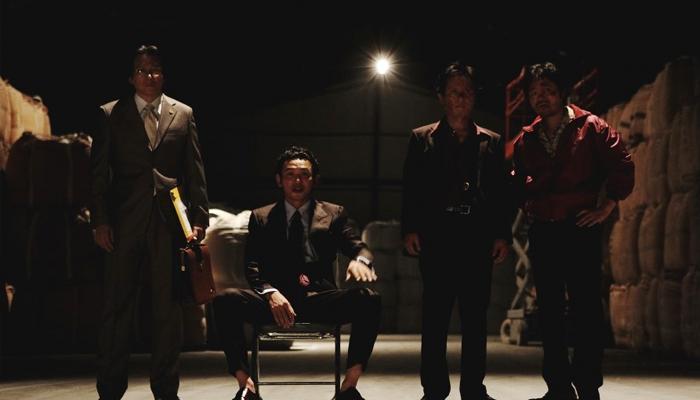 This was one of the first Korean movies I remember watching in-theaters after moving to Korea from the US, and the movie that really got me hooked onto Korean cinema. From the acting to the story, to the cast members, the film was amazing in almost every aspect. Not only is this my most memorable movie of 2013, but it’s the Korean movie I’ve seen the most as well. <New World> was directed by Park Hoon-Jung, who also directed <The Witch: Part 1> and <VIP>, and is a crime film about an undercover cop who infiltrates a high-profile gang and disguises as one of the gang members to provide intel to the authorities. Although it’s a crime movie, it has intense suspense and action as well. Also, there are so many memorable scenes of <New World>, such as the elevator fight scene. Hwang Jung-Min, who is my favorite Korean actor, is an amazing actor who has numerous great works, but I believe this was his best yet.

2014 was another great year for Korean movies. The year had the release of the movie with the most total audiences at the box offices <The Admiral: Roaring Currents>. However, this wasn’t the movie I chose as my favorite for 2014. Maybe it’s because I’m a sucker for Hwang Jung-Min, but I chose <Ode to My Father> as the most memorable film of 2014. 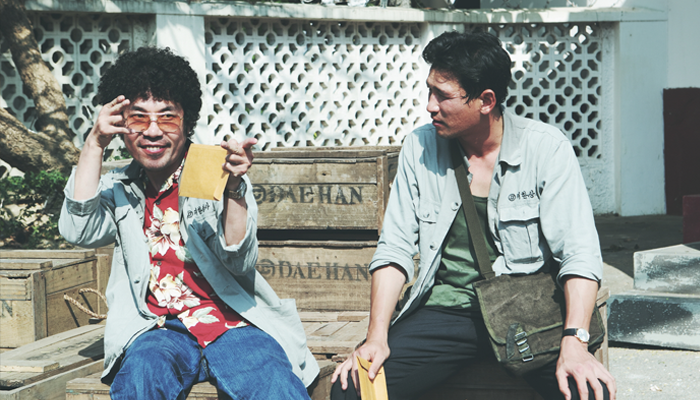 Not only is it because of Hwang Jung-Min, don’t get me wrong. Yes, Hwang Jung-Min put on an amazing performance in <Ode to My Father>, but it’s also the story, cinematography, and the acting by other actors as well that made me choose it as the best of 2014. The film stars Hwang Jung-Min, Kim Yoon-Jin, Oh Dal-Soo, and Jung Jin-Young, and was directed by Yoon Je-Gyun, the director of <Tidal Wave (Haeundae)>. The movie is an extremely emotional movie set in the 50s after the Korean War.

Going onto 2015, 2015 also had a great list of movie lineups that made it very difficult to choose one. This year featured the likes of <Inside Men>, <Veteran>, and <Beauty Inside>. My pick of 2015 is <Veteran>, starring Hwang Jung-Min, Yoo Ah-In, Yoo Hae-Jin, and Oh Dal-Soo. 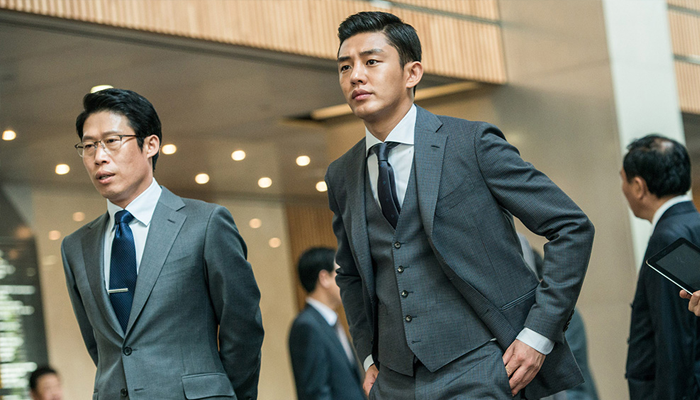 <Veteran>, directed by Ryu Seung-Wan, who also directed <The Battleship Island>, <The Berlin File>, and <The Unjust>, was another crime/action drama that has one of the most memorable lines of Korean cinema.

2016 was another amazing year for Korean cinema, particularly speaking in global terms. 2016 had 3 incredible movies that received major international recognition and placed South Korean on the global map: <Train to Busan>, <The Handmaiden>, and <The Wailing>. Amongst these three films, I would have to say <Train to Busan> was the most memorable movie of 2016. 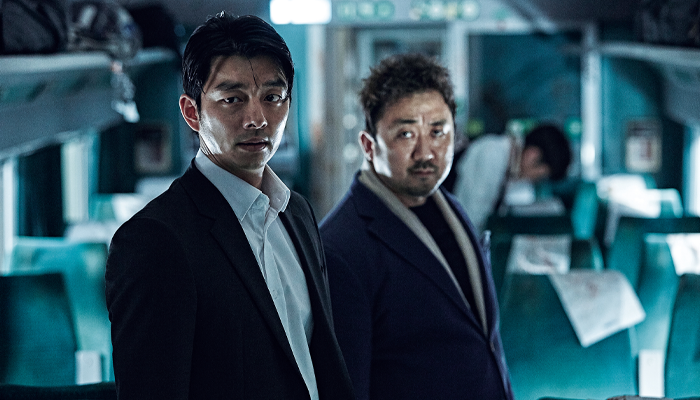 <Train to Busan> was a zombie film that not only had great zombies, but actually had a great story. It really broke down the barrier that divides not only Korean movies from the world, but foreign movies in general. I think it’d be safe to say it laid out the road for global audiences to be introduced to Korean cinema, and led the domino effect into <Parasite> being such a huge hit on global terms. Starring Gong Yoo, Jung Yoo-Mi, Don Lee aka Ma Dong-Seok, Kim Soo-Ahn, Kim Eui-Sung, Choi Woo-Shik, and Ahn Sohee, <Train to Busan> was a zombie film that really defined the zombie genre for Korean films. Following this, there were other Korean zombie productions, including <Rampant>, <The Odd Family: Zombie on Sale>, and Netflix’s original series <Kingdom>. <Train to Busan> was directed by Yeon Sang-Ho, who also directed <Psychokinesis> and the sequel to <Train to Busan>, titled <Peninsula>.

Moving along to the year 2017, my favorite of this year was <The Outlaws>, starring Don Lee and Yoon Kye-Sang.

Other notable movies of 2017 were <A Taxi Driver> and the first film of the Along with the Gods series, <Along with the Gods: The Two Worlds>. The reason I chose <The Outlaws> as my most memorable movie of 2017 is because of Yoon Kye-Sang’s character, Jang Chen. That character left such a huge impression on me, and Yoon Kye-Sang was able to execute that character so well that his famous quote is still a reference that people make to this day.

2018 was the year I started EonTalk, so this year has a very special place in my heart. The movie I chose as the most memorable movie of 2018? <Dark Figure of Crime>. 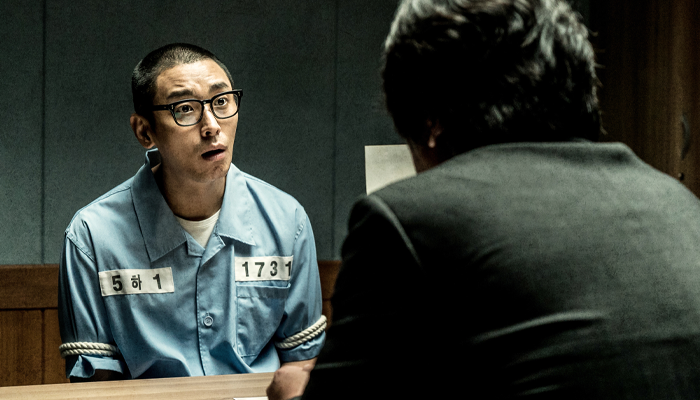 <Dark Figure of Crime> starred Kim Yoon-Suk and Ju Ji-Hoon, and its Ju Ji-Hoon’s performance that has placed <Dark Figure of Crime> on my favorite film of 2018 list. The film was directed by Kim Tae-Gyun, and had the premise of several murder cases that were closed before even being found. It’s a great crime movie that’s a must watch if you love the mysterious element of crime/thrillers. Other great movies that came out this year were <The Witch: Part 1- The Subversion> and <Believer>.

Last but not least, the best movie of 2019. I think everyone can predict my favorite movie of 2019, as it’s most likely your favorite K-film of 2019 as well. The spot goes to the film that won the Palme d’Or at the Cannes Festival, the Best Foreign Language Film at the 77th Golden Globes, and 4, yes four Oscars at the 92nd Academy Awards: <Parasite>. 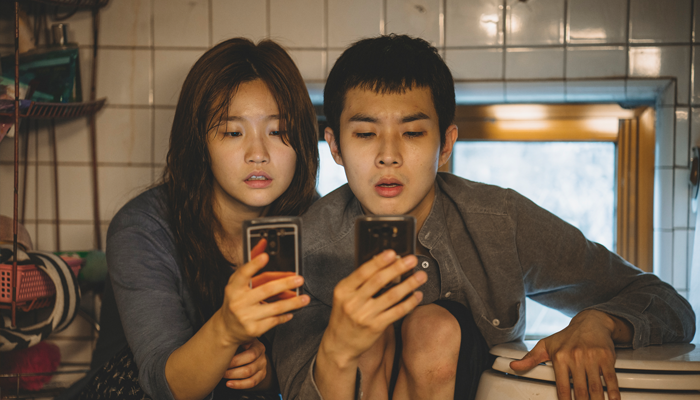 I still get the chills when I watch the announcement of Best Picture…. Anyways, 2019 was the year that I had watched the most Korean movies, and <Parasite> was by far the best of the year. In fact, it wasn’t the only the best of the year, I think it has taken my favorite Korean movie of all time spot (up there with <New World>)! <Parasite> stars the ensemble cast of Song Kang-Ho, Lee Sun-Kyun, Jo Yeo-Jung, Choi Woo-Shik, Park So-Dam, Lee Jung-Eun, and Jang Hye-Jin. If you haven’t watched <Parasite> yet, what are you doing?! This is a MUST WATCH!

That concludes today’s content on “Most Memorable Korean Movies by Year.” How many of the movies mentioned have you seen? Which were your favorite movies? If you have differing opinions, leave them in the comments!