Hello everyone, and welcome back to another movie review by EonTalk! Today I have the written version of my review of the Korean film <Time to Hunt>.


<Time to Hunt> has gone through a rollercoaster ride of issues before it was released on April 23rd. The movie was originally supposed to release in theaters in Korea in February, but due to the corona pandemic, the release was delayed and later announced that it’ll not be having a theatrical release, but an online release on the streaming site, Netflix. However, a day prior to its release, the film was once again delayed. The film’s distribution company apparently had legal issues with global distribution licensing, and so the movie was postponed two weeks, until the film finally was released on Netflix on the 23rd of April.

Directed by Yoon Sung-Hyun, <Time to Hunt> was one of the most highly anticipated movies of 2020, as it had an all-star cast of Lee Je-Hoon, Ahn Jae-Hong, Choi Woo-Shik, Park Jung-Min, and Park Hae-Soo. The film revolved around a dystopian state of Korea where there’s practically no law, and 4 friends trying to survive in the lawless society. The synopsis of the <Time to Hunt> is as follows. 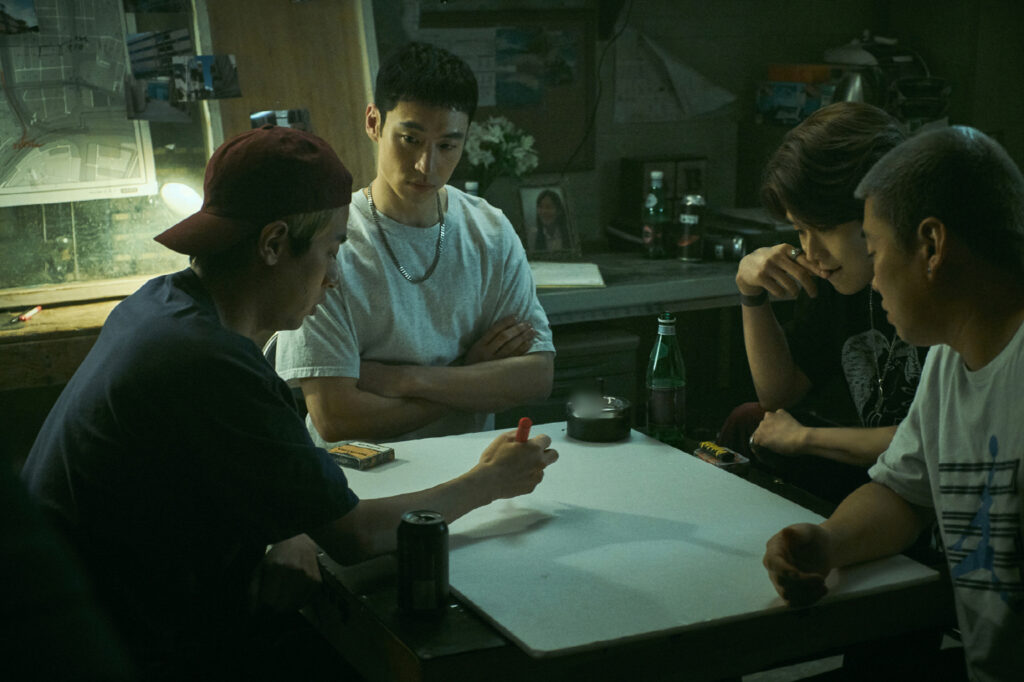 Recently released from prison, Jun-Seok and his best friends Jang-Ho and Ki-Hoon, as well as Sang-Soo, plan a dangerous operation in order to escape from the dystopian society, and to start a new life. Just when they thought they had successfully completed their operation, an unknown man starts to chase after the boys. Will the four friends be able to get away from the chaser and attain that “new dream life” they were hoping for?

First, the movie had that grimy feel to it that was great in portraying the dystopian world the film was set in. It’s a look at the possibility of the future, and foreseeing what it’d be like if the people are discontent with the society. The movie was shot very well to express that hopeless world. Also, the lighting and the cinematography were executed very well, and the background music really added value to the suspense in those thriller scenes.

Furthermore, <Time to Hunt> had amazing main cast members, probably one of the best in 2020. All five of the main actors were great and all are incredibly versatile actors with a wide range of talent in portraying different characters. This was a totally different side to the Lee Je-Hoon in <Architecture 101>, Ahn Jae-Hong in <Secret Zoo>, Choi Woo-Shik in <Parasite>, Park Jung-Min in <Svaha: The Sixth Finger>, and Park Hae-Soo in <By Quantum Physics: A Nightlife Venture>. This movie was a great way of showing the acting flexibilities of the main actors. 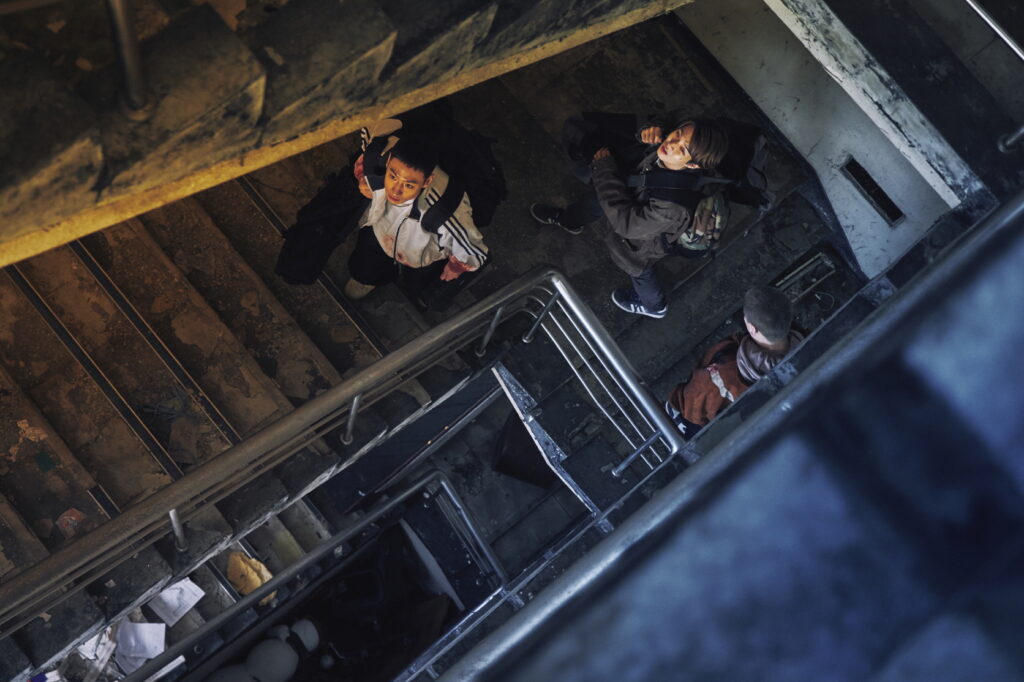 Moreover, the film had incredible moments of suspense and thrill. I especially enjoyed the actual heist scenes, as it really had me at the edge of my seat. Also, the movie didn’t forget to sprinkle in some comedy as well. Those minor humor moments were what kept it from being too serious, as it could’ve easily been an overly dark movie, especially with the cinematography it had.

As mentioned before, the movie is very suspenseful. However, it does start to get a little slow and loses its pacing a little after the halfway mark. The story itself isn’t anything out of this world, and if you’ve seen the trailers or read the synopsis prior to watching, you probably wouldn’t be surprised with the narrative, as it’s pretty predictable. Maybe because I had such a high expectation for the film, but I felt like it was too focused on the chase, and not the development of the story or characters.

There were many things unanswered, and numerous details that makes you think the movie needs to have a sequel. For example, what’s the story behind the bike shop of the main character? Why does Jang-Ho keep pretending to sleep? What happened to Ki-Hoon and his mother after the phone call? This was most likely done on purpose, in order to open up that possibility for a sequel so that those unanswered details will have solutions. However, to be completely honest, a sequel of <Time to Hunt> isn’t something I earnestly want. 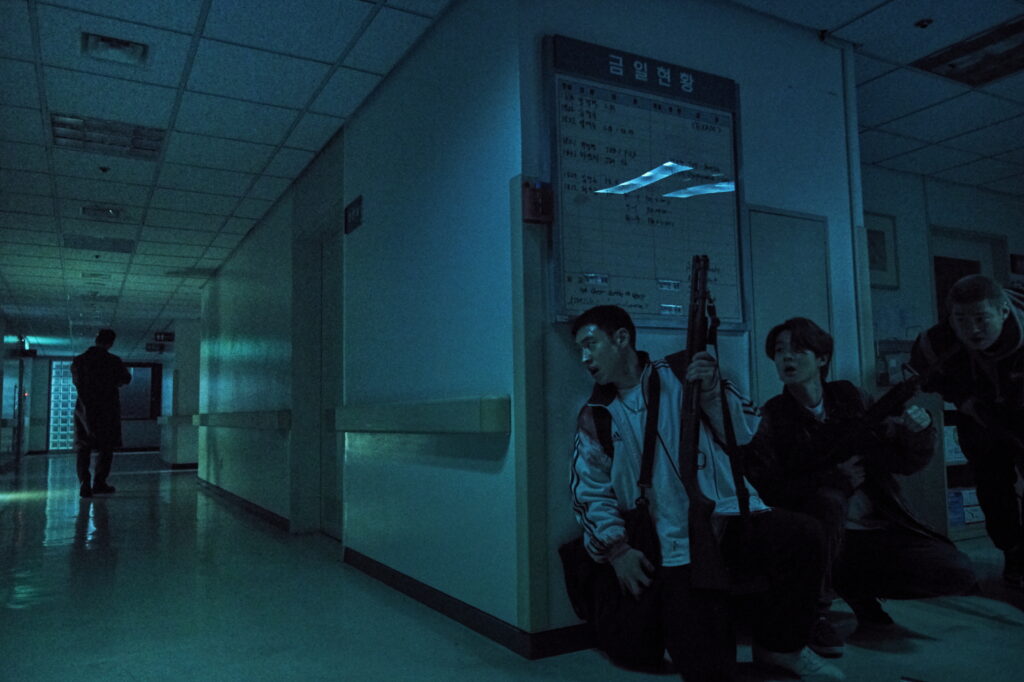 Another complaint I have is that the English subtitles weren’t very satisfactory. It felt like they tried too hard to translate the “between the lines” parts (if that makes sense). Like who says “fugly” nowadays… Just say “fuckin.” Also, there were some issues with the German translations, as it translated the East Sea as Sea of Japan. This is a very sensitive topic in Korea, and for a Korean movie to translate in that way is kinda crazy. The English and other languages translated it properly, but it was just the German translation that had that mistake. I heard there was an appeal to fix the translation, but I’m unsure as to whether it is fixed now or not.

And finally, to nitpick, although the movie had amazing cast members, it wasn’t their best performances. I’m not saying their acting was bad, don’t get me wrong. Lee Je-Hoon was able to really entice suspense and really get your heart rate going in those thriller scenes. However, there was just something about the overall performances that made me think that it wasn’t their best acting. 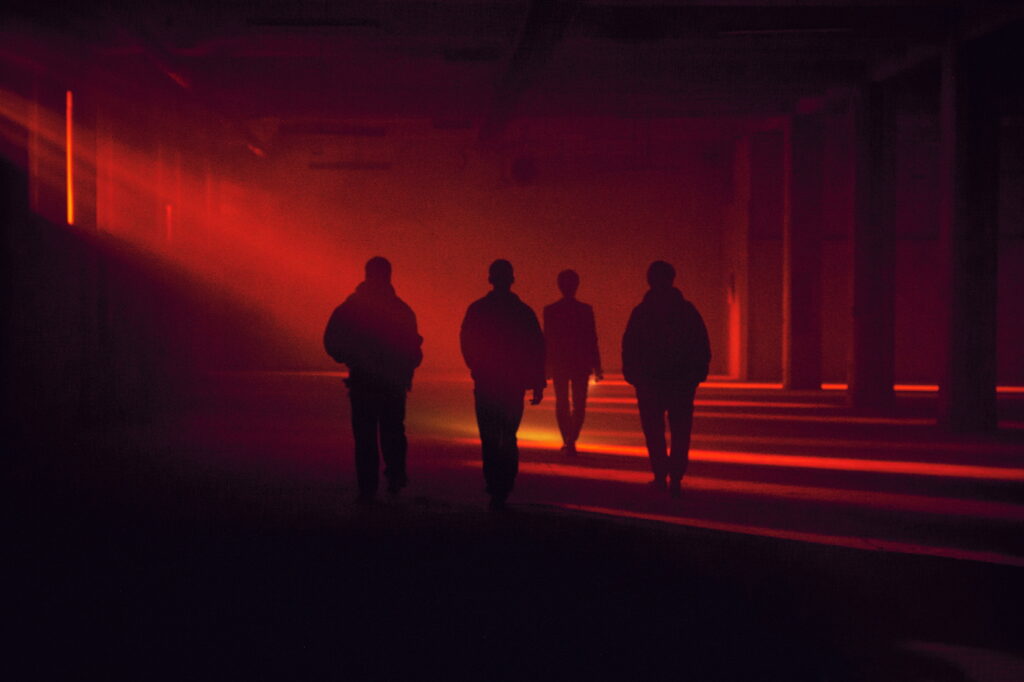 <Time to Hunt> was an enjoyable action-thriller film, with great cast members and enjoyable moments. However, I can’t say the movie lived up to my expectations. The two delays of the release added to the already high anticipation I had, and so maybe because of this high expectation, I can’t say I was completely satisfied with the movie. It left me asking “what was the purpose of the movie?” It does take a look at what society can look like and the hopeless, dystopian world that can possibly be the future, but it doesn’t really go deep into it. I think even if the movie didn’t have the delays and had the theatrical release it was supposed to, it wouldn’t have been a major hit. To sum up, I enjoyed the watch, but it isn’t something I’ll be watching again.