With the sudden outbreak of the COVID19 in South Korea, it’s been pretty crazy out here. Workers are being sent home to work remotely, the once busy streets and stores are nearly empty, there’s a huge lack of masks, and almost all movies that were set to release have been indefinitely delayed. I sincerely do hope everyone is staying safe out there, and stay cautious of highly concentrated areas. That being said, I’ve had a little more time to work on creating more content, and so have decided to prepare a written review for another 2019 film that I watched but haven’t had the chance to get a review out for. Today’s review is on the crime/drama <By Quantum Physics: A Nightlife Venture>. 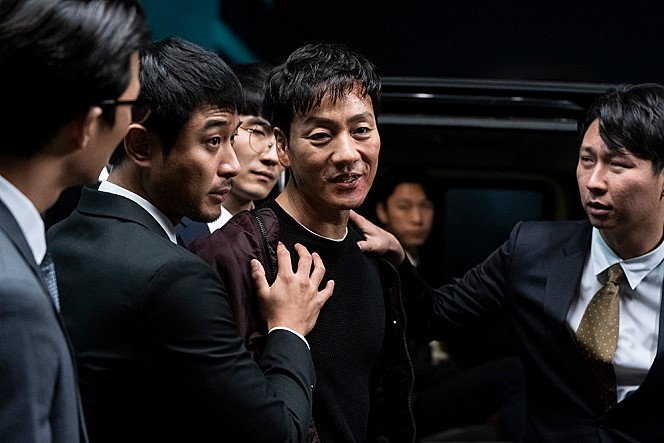 <By Quantum Physics: A Nightlife Venture> was released on September 25th of 2019, and this date actually coincided with the release of two other films: <The Battle of Jangsari> and <Once Upon a Time in Hollywood>. Thus, I had three movie choices, and ultimately chose to give <By Quantum Physics: A Nightlife Venture> a go. Long story short, I don’t regret it. Allow me to explain myself.

<By Quantum Physics: A Nightlife Venture> is a comedy + action + crime, all in one, and it executes all three of those elements very well. Directed by Lee Sung-Tae, who also directed the 2016 film <Derailed> starring Don Lee aka Ma Dong Seok and Minho of Shinee, the film starred Park Hae-Soo, Seo Ye-Ji, Kim Sang-Ho, Kim Eung-Soo, Byun Hee-Bong, Kim Young-Hae, and Lee Chang-Hoon.

The synopsis is as follows:
Lee Chan-Woo, the king of nightlife entertainment, firmly believes the quantum physics theory that “thoughts create reality.” One day, he notices a famous celebrity partaking in a party with illegal drugs. For the man that believes the industry needs to innovate without illegal activities, he passes along this intel to a long-time friend who’s the Chief in Criminal Intelligence. However, what they thought was merely a small scandal involving a celebrity and drugs turns out to be much, much bigger. Prosecutors, politicians, and other highly influential individuals are also involved, and now Chan-Woo must go against these extremely powerful people. With the help of the Chief and a colleague who has massive connections, they attempt to close this case, once and for all.

First, I loved that the movie had great progression and pacing. The first 5 minutes of the movie was basically a summary of the trailers. Now, this may seem unnecessary, but I found it to be quite useful, as not everyone watches the trailers. It was a good recap, and gets your thoughts going, making you crave what’s to come. Also, I appreciated that the trailers didn’t give too much, but just the right amount to get your attention.

There’s largely two parts to the movie’s story: 1) Drugs and 2) Nightlife. As mentioned in the synopsis, the movie involves a drug scandal with a famous celebrity, while also showcasing the nightlife of South Korea (sound familiar to a certain real-life scandal?). How these two separate factors of ‘Drugs’ and ‘Nightlife’ connect and relate is what gets your curiosity going. Also, there are turns of events that keep things interesting. 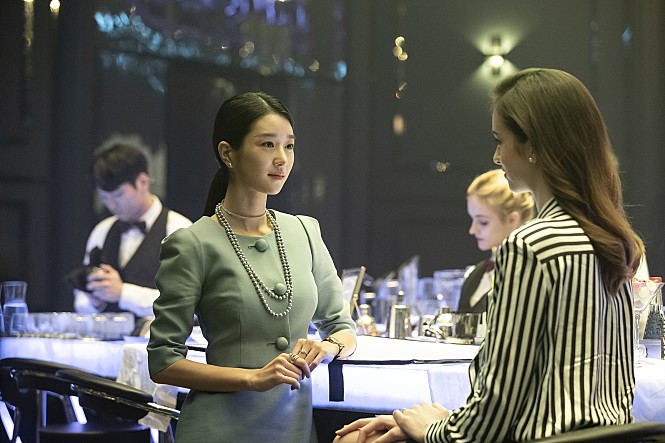 Furthermore, the movie is genuinely fun and entertaining with lots of good laughs. Park Hae-Soo’s mannerism and the way he’s able to give off a comedic side while also maintaining a serious one is great. The first time I remember seeing him is in the K-drama “Prison Playbook.” I liked him in “Prison Playbook.” After this, I love him. He’s starring in an upcoming film titled <Time to Hunt>, and I’m very much looking forward to seeing what sides he shows us in that.

There really isn’t much negatives to say about the movie, but if we’re being nitpicky, the story isn’t anything special or new with originality. The overall theme of drugs/crime is seen commonly in Korean films, such as Veteran. However, they were able to turn this negative into a positive by adding the element of club/nightlife to the mix. And the fact that it came so close to the actual, real-life drug/club scandal of “Burning Sun” and Big Bang’s Seungri was… coincidental? Yeah? No? 🧐 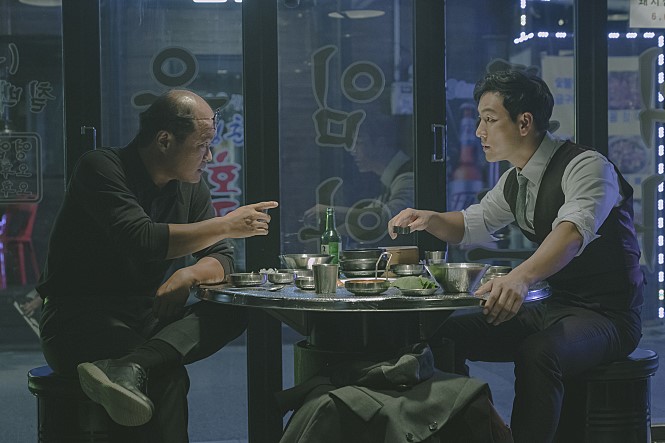 Another minor “bad” part may be that the acting performances of the entire cast wasn’t anything to rave over. The movie has some very recognizable faces: Seo Ye-Ji was in <The Throne>, Kim Sang-Ho played very similar roles in <The Negotiation> and <The Witness>, Kim Eung-Soo played an unforgettable role in <Tazza: The High Rollers>, Byun Hee-Bong starred in the classic Bong Joon-Ho film <The Host>, and even all the other casts were in other famous productions. However, despite their other incredible works, I can’t say that their performances in this was anything more than “OK.”

<Quantum Physics: A Nightlife Venture> was a perfect title to represent the movie; it matches both sides of the movie’s story. The film really shows the power and reality of connections/networks and money. As mentioned before, I had 2 other movies I could’ve watched, but I was very satisfied with this. <By Quantum Physics: A Nightlife Venture> was one of the best comedy/crime movies I’ve seen in 2019, and is definitely worth more recognition. It’s got to be one of the most underrated movies of 2019, as mentioned in the EonTalk Movie Awards. 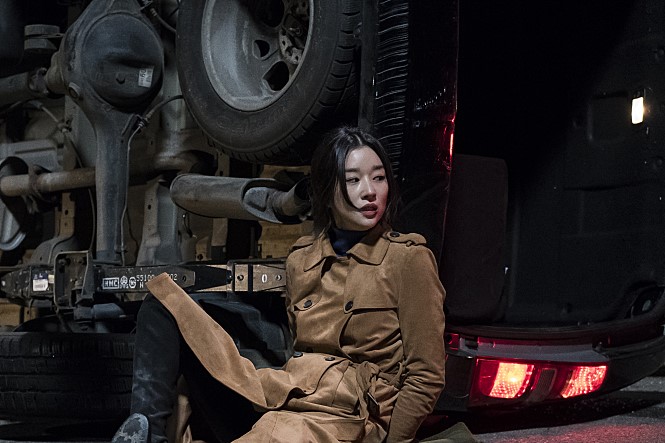