Hello everyone, and welcome back to another movie review by EonTalk. Today, I’ve prepared the written movie review on the new Korean mystery thriller <The Call>.


<The Call> was directed by the young director Lee Chung-Hyun, who’s only 30 years old! This was his feature film directorial debut, and he had previously directed a few short films prior to this. He’s been getting a lot of media and public attention for how handsome he is, and when standing next to the cast members of <The Call>, people have been commenting that they thought he was a member of the cast as well, which I do agree with. He’s definitely a good-looking man, and fits in very well with the cast lineup. Anyways, the cast included veteran actress Park Shin-Hye along with the more newly debuted Jeon Jong-Seo, and supporting actors Kim Sung-Ryung, EL, Park Ho-San, Oh Jung-Se, and Lee Dong-Hwi. As you can see, a lot of familiar faces in <The Call>.

The movie was originally supposed to release in March of this year, but was postposed due to the whole pandemic, and I thought it was going to release in the summertime, but eventually decided to release globally on Netflix in November. In a way, this is a good thing, as a lot more international fans get to see the film simultaneously. We’ve seen this with another K-film that released earlier, <Time to Hunt>, where it had a set in-theater release date, but was delayed and then eventually released on Netflix. An upcoming film titled <Space Sweepers> is also taking a similar approach. I love how Korean films are becoming more and more accessible to the global audience, but then again, it is a little sad that we are losing that “theater-going” experience. There’s always two sides to a coin though, I guess. 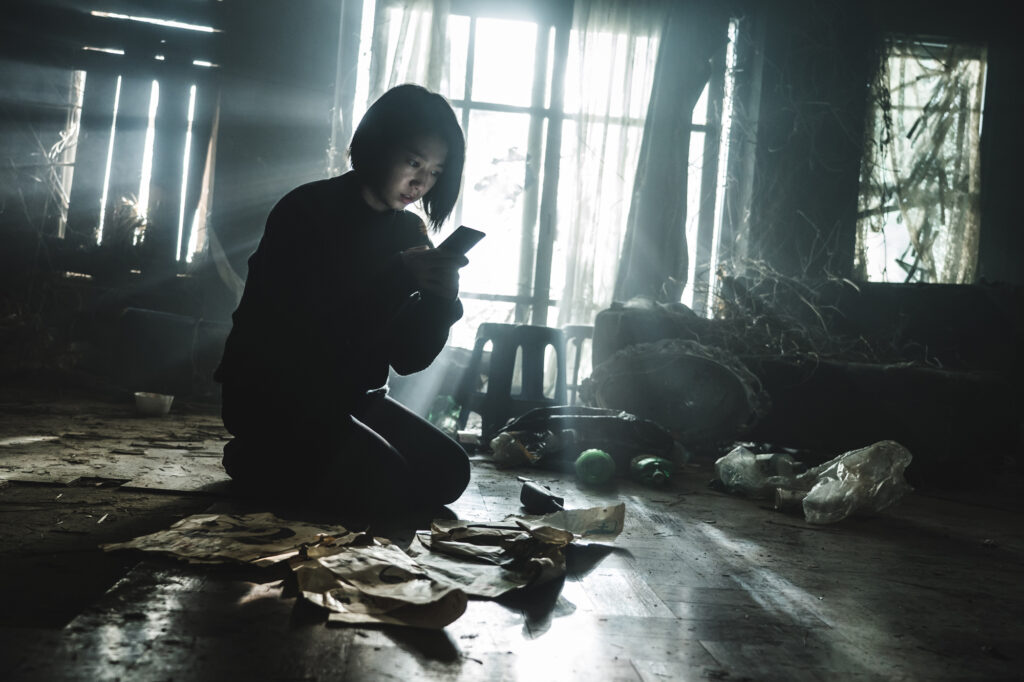 As mentioned earlier, the film is a mystery thriller, and it also has elements of time travel or communication between time, and takes on a pretty generic topic in a very original way. Let’s first take a look at the detailed synopsis of <The Call> before getting deeper into the review.

Seo-Yeon returns to her old family home after a long time away, and inside the house she receives a call. The person on the other end of the line is Young-Sook, a person she doesn’t know. As Seo-Yeon talks to Young-Sook and finds traces of hints inside the house, she eventually puts the pieces together to figure out that Young-Sook is a person that lived in the same house 20 years ago. As the two gets closer and closer, the two take on a very dangerous decision: To change their current realities. Young-Sook saves Seo-Yeon’s dad from dying 20 years ago, and Seo-Yeon let’s Young-Sook know of her future. However, after finding out the terrible truth her future holds, Young-Sook’s psychotic tendencies brew, and Seo-Yeon finds herself in great danger.

First, I must mention the acting. Park Shin-Hye’s acting in <The Call> was better in my opinion than her performance in <#Alive>. Her acting in that zombie-flick that released during the summertime wasn’t bad, per se. It’s just that it was very different from what she usually takes on, and thus, didn’t feel very natural. The character she plays in <The Call> isn’t the typical role she takes on, either. However, I felt that it just fit her a lot better and she felt a lot more natural in this.

Who really stole the show was Jeon Jong-Seo. She was absolutely amazing in this. Her performance by itself is a reason to watch the film. Jeon Jong-Seo’s expressions and her mannerism was so freaky, and her acting was so believable that it almost seemed as if she really was insane. If I’m not mistaken, she got her name out with <Burning> in 2018, which she was great in as well, but didn’t have like a huge role. However, she played a main character in <The Call>, and I firmly do believe this is what’s really going to make her name known. 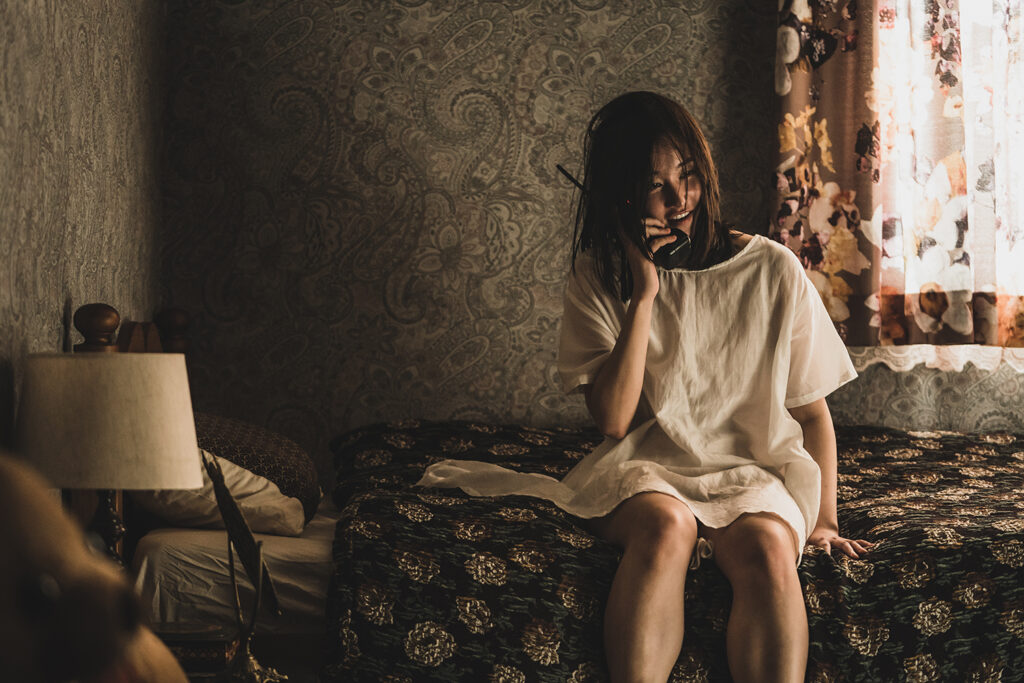 Furthermore, there were a lot of familiar faces even beyond the main roles. Kim Sung-Ryung was in the K-drama “The Heirs” as well as the K-movie <Believer>; EL was in the movies <What a Man Wants> and <Inside Men>; Park Ho-San was incredible in the K-drama “Prison Playbook”; Oh Jung-Se was in the recent drama “It’s Okay to Not Be Okay”; and Lee Dong-Hwi was of course in <Extreme Job> as well as one of the most underrated movies of last year <My First Client>.

Moreover, <The Call> had great cinematography mixed with amazing music. I loved the camera angles and movements the film had, and the background music added so much value to the film. It played a huge role in setting the tone of the different moments of the movie, and giving suspense. And oh boy did the movie have good suspense. It also had great elements of mystery as well. It’s quite upsetting that we aren’t able to see this in theaters, as I definitely would’ve loved to have seen it on the big screen. It would’ve been so much more suspenseful. I guess we’ll have to just deal with these in-home movie-watching experiences for now, and in a way, as mentioned before, it’s a good thing as we’re able to enjoy these Korean films simultaneously on a global scale. 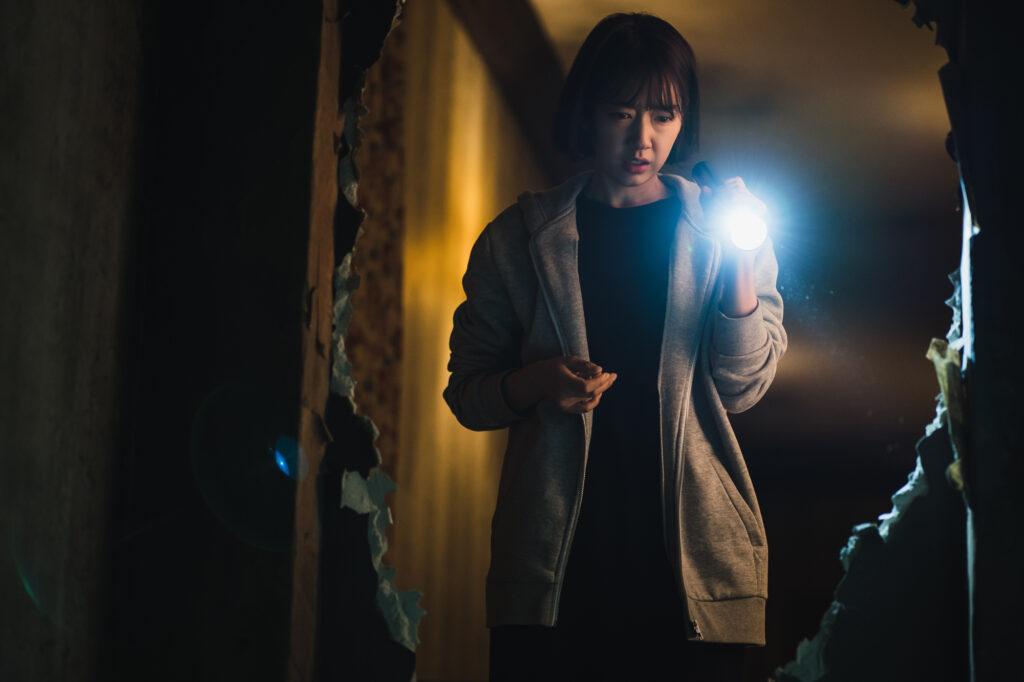 And the final thing I want to say about the good part about <The Call> isn’t necessarily about the movie itself, but I thought that the trailers of the film gave away just enough to raise interest without giving away too much. So many times we see the trailers give away too much of the story, ultimately making the movie way too predictable. However, this had a great balance.

With time travel or time-related productions, logical fallacy is one of the biggest things you need to keep in mind. One thing I didn’t get about <The Call> is how can someone not remember the woman who killer her father? Or okay, maybe let’s just say since this didn’t happen until the future played out, then it makes sense she doesn’t remember. But doesn’t it also not make sense that she can’t remember Young-Sook after meeting when her family was buying the house? I mean, yes it took place when she was young, but she sure did seem very scared of her. I would think that that would be something you’d be able to remember. 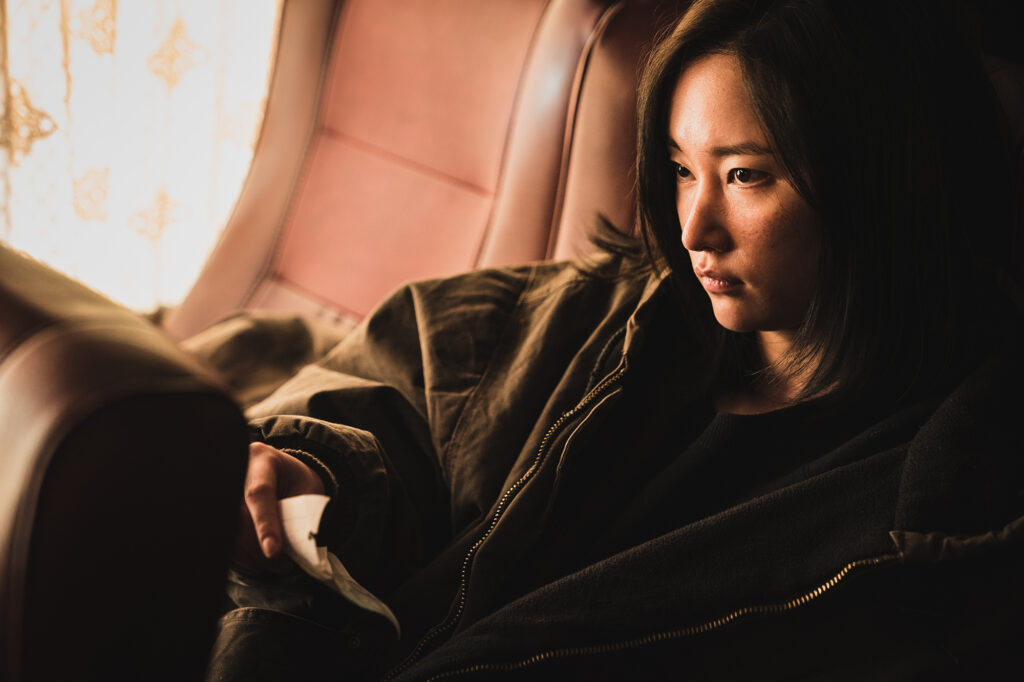 Also, similar to that of the other Netflix-released K-film, <Time to Hunt>, <The Call> leaves on a cliff-hanger, hinting at a possible sequel. As opposed to <Time to Hunt>, a sequel to <The Call> is something I’m actually quite interested in. It just seems like there’s more interesting things that can happen with the narrative in the sequel. So this isn’t really a negative. However, I wouldn’t of minded if they would’ve just gave a more definite ending either. Not saying the ending is bad, per se, but it just felt too incomplete for me.

And another thing about the ending is that I found it a little too predictable. The idea and the premise of the film was great, but I felt that the ending just didn’t live up to the originality of what the overall movie was. 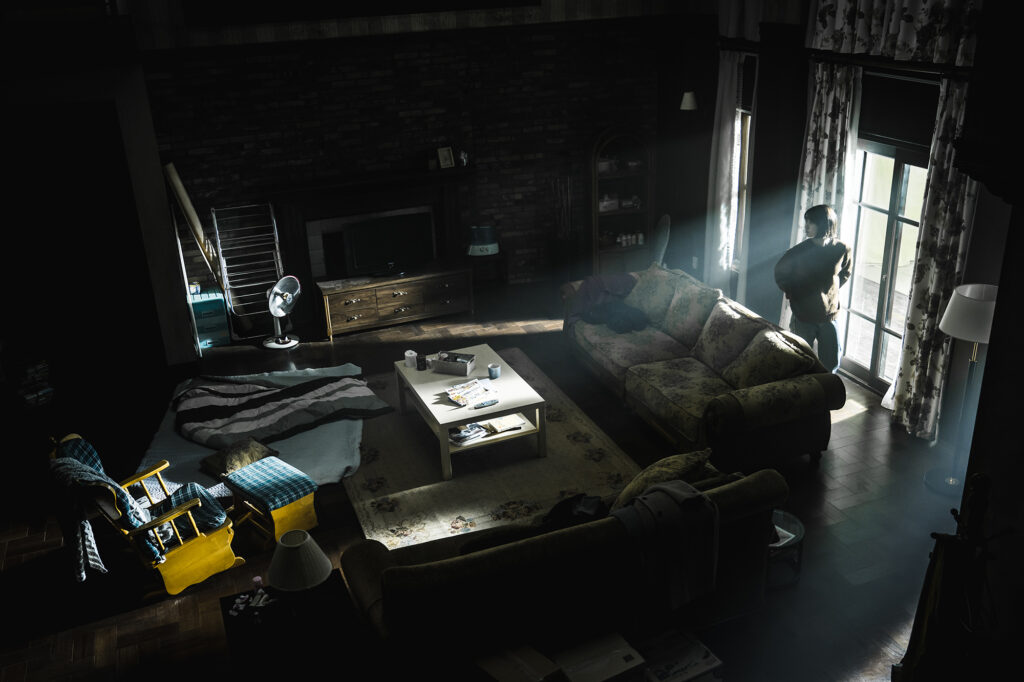 All in all, <The Call> had great acting performances by the cast members, and I can’t express enough how amazing Jeon Jong-Seo’s performance was. I definitely would’ve loved to have seen this in theaters, as it would’ve given even greater thrill and suspense. There are movies or K-dramas of similar topics, such as “Signal,” but I liked how this played it out in an original way true to itself, and had its own type of originality. This may just be me, but whenever I see time travel or time-related films, I think of the lottery. Like I would let the past know of the lottery winning numbers. Is that just me? What would you do if you could communicate with the past?