Hello everyone, and welcome back to another movie review by EonTalk. Today, I’ve prepared the written review on what was one of my most highly anticipated films of summer this year, <#Alive>.


<#Alive> is a zombie flick starring the duo of Yoo Ah-In and Park Shin-Hye, and was directed by Cho Il-Hyung, who had his feature film debut with this movie. Numerous people in the comments sections of the <#Alive> trailers commented that the movie seemed very similar to the American movie <Alone>, and in fact, the movie is based on that American film. The director of <#Alive>, Cho Il-Hyung, worked on the script alongside the writer of <Alone>, Matt Naylor, and so, I guess you can see <#Alive> as Cho’s version of the script.

Also, <#Alive> was one of the most highly anticipated movies of summer 2020, alongside another zombie film, titled <Peninsula>. And rightfully so, as I believe Korean cinema produces some of the best zombie productions. Just look at <Train to Busan> and the Netflix original series “Kingdom!” However, did the movie live up to the hype that surrounded it? Let’s first take a look at the synopsis before getting into the review.

The synopsis is as follows:
A city is lost in chaos as an unidentified disease spreads and the people start to show very aggressive behavior. Jun-Woo wakes up, not knowing anything about what’s going on outside, and finds himself alone in his home. His phone’s data, wifi, texts, calls are all cut, and there’s no way of getting in contact with his family. With the ongoing chaos outside, Jun-Woo cannot leave his apartment, and must find a way to survive on his own. Just when he finds himself on the brink of giving up, he receives a signal from another survivor in the apartment complex. He finds that Yoo-Bin is also a survivor, and the two try to find a way to stay alive together.

One thing I appreciated about <#Alive> was that it had great moments of suspense, as one can expect from a zombie film. There’s especially one extremely freaky scene that scared the living hell out of me. Of course, there are jump scares, as it wouldn’t really be a zombie movie without them, but they weren’t anything unbearable. Furthermore, there was very limited dialogue, yet the movie was still able to keep you engaged.

Going into the zombies, they are really freaky looking. With blood red eyes and popping veins, the zombies of <#Alive> were responsive to sound and sight. Also, the camera angles of when the zombies attacked were really scary, and mixed with sound effects the film had made it that much more freaky.

The director of the film said in an interview that the production team tried to make the apartment complex reflect reality as much as possible, and I would say they succeeded in doing so. It really felt like they were in a confined area with limited resources, and didn’t feel like they were on a movie set. 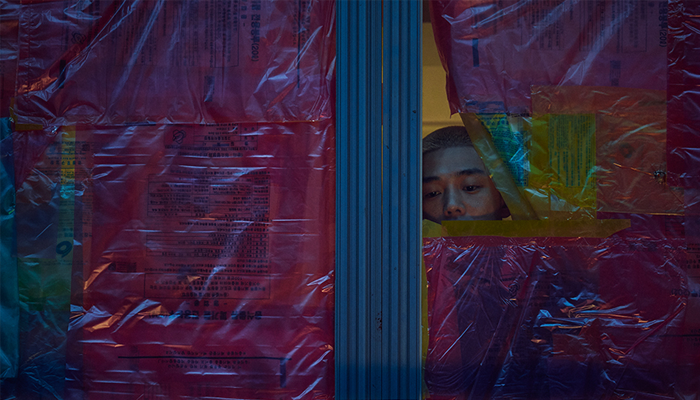 And speaking of Yoo Ah-In, the final good part about <#Alive> was the great acting by Yoo Ah-In. I especially thought that the scene of him starting to go crazy showed how great of an actor he is. You can really understand his position and it felt very real. I found myself thinking, “I’d go crazy like that if I was in that situation as well.” 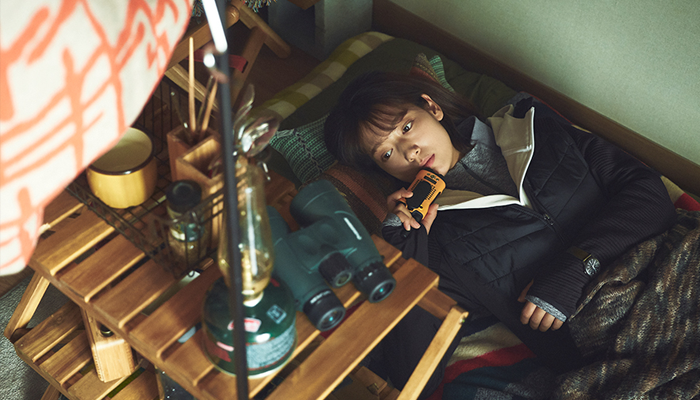 One bad part about <#Alive> was that the zombie attacks start almost immediately after the movie begins. Here’s the thing, what makes movies like <Train to Busan> not only a good zombie movie, but a great movie in general is its ability to tell the story and get the audience to go along the ride. However, <#Alive> had no back story or intro whatsoever. It just simply gives a few scenes of TV news, announcing that there’s an outbreak, and that’s it; the zombies start to attack after that. Its lack of story and storytelling is one of its biggest downfalls.

The second bad part about <#Alive> was that it fails to reflect reality. I mentioned that the apartment complex reflected reality earlier, but other than that, the details of the movie fails to reflect reality. And this is crucial, as being able to be logical and real is what makes movies like zombie films a great movie. However, there were many details that were left unanswered and just simply didn’t make sense. For example, how is Yoo Ah-In’s phone not dead? The electricity of his house is out, and so there’s no way for him to charge his phone. Even if he does have external batteries, it surely won’t be enough to keep his phone on for weeks on end. 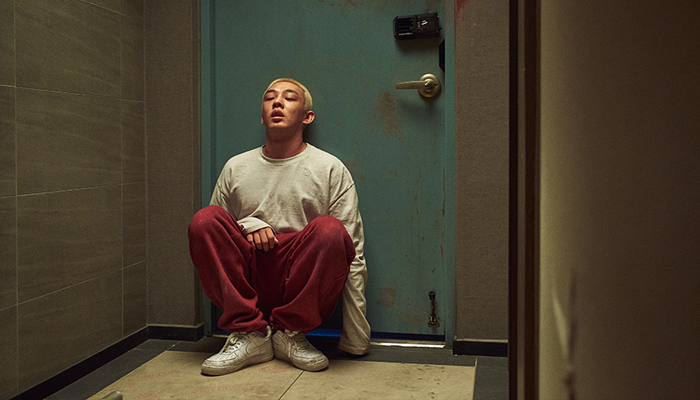 Also, I mentioned that the zombies were responsive to sight and sound, but they were way too responsive. They were the smartest zombies I’ve ever seen amongst all the zombie productions I’ve seen. Just the slightest sound will attract the zombies outside (on ground level) to take the elevator or stairs up to the floor you are in, and to the exact apartment room you are in. Even sane humans aren’t able to do that…

Another way the movie was too unrealistic was the fact that Yoo Ah-In and Park Shin-Hye don’t have a single scratch, even after fighting off all those zombies. Okay, let’s say that the two main characters are extremely good at fighting, and do have all the luck in the world… Even so, it just simply doesn’t make sense that they wouldn’t have a single, small scratch after tackling and wrestling with dozens of zombies at once.

And there were several other ways the movie was unrealistic and had logical fallacies. However, I won’t name them all. Let’s just say, those little details add up, ultimately making it a big negative for the film.

Finally, the movie ended in a very unsatisfying way. It almost felt as if they had to rush to finish on the deadline, and just put whatever they can together. It felt very abrupt and rushed, and didn’t make sense.

Ultimately, <#Alive> had good moments of suspense, but I would say it didn’t live up to the anticipation I had for it. Maybe, or probably because I, along with all other Korean movie lovers, have such high expectations for zombie movies, <#Alive> just didn’t satisfy the craving I had. The movie was good for a light watch, but not something that’s highly recommended. The movie’s going to be available for streaming on Netflix, but I won’t be rewatching it. 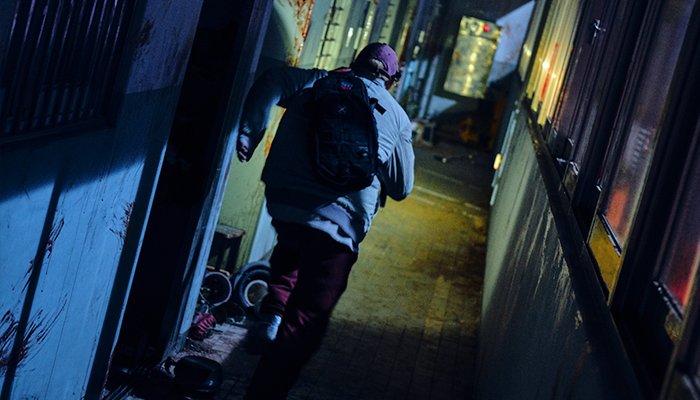