Hello everyone, and welcome back to another movie review by EonTalk. Today, I’ve got the written movie review of the Korean film <Pawn>.


Directed by Kang Dae-Gyu, who also directed <Harmony>, <Pawn> was easily my most anticipated movie in September. Late September had a lot of releases of Korean films, as “Chuseok” (or the Korean Thanksgiving) falls around this time. This is one of the hottest times for Korean film releases, as it’s one of the two major holidays that families in Korea get together for family gatherings. Some films released in late September were <The Swordsman>, <Diva>, <Night of the Undead>, <The Golden Holiday>, and of course, <Pawn>.

As mentioned, <Pawn> was my personal most anticipated movie amongst those films, and there are a few reasons as to why. First, the cast. The movie starred veteran actors Sung Dong-Il, Ha Ji-Won, Kim Hee-Won, Kim Yoon-Jin, and the adorable child actress Park So-Yi. Just from the cast, you can expect great chemistry between them. Also, the story seemed to be very heartwarming. You can tell by the trailers that it’ll make you both laugh and cry, which I’ll get to in more detail later. But before getting deeper into the review, let’s first take a look at the synopsis of the film. 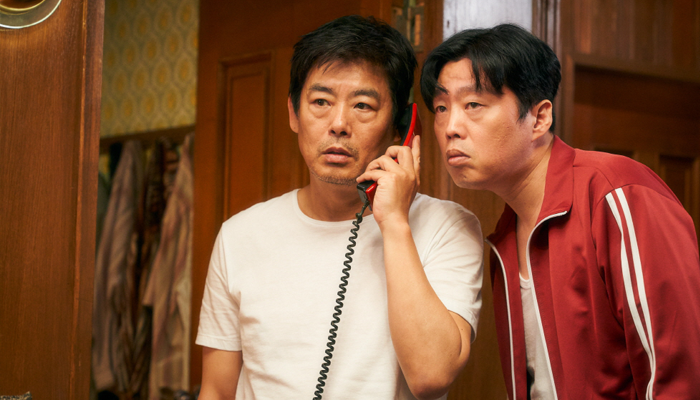 In 1993, two loan sharks “Doo-Seok” and “Jong-Bae” go after a woman that borrowed money from them. Because she doesn’t have the money to repay right away, they take the woman’s 9-year-old daughter, “Seung-Yi,” as a pawn. However, the mother is exiled from the country, and the two money lenders are stuck with taking care of Seung-Yi. Their unexpected, unplanned meeting turns into a warm-hearted relationship, and the trio grows to have a special bond.

I briefly mentioned this in the intro, but the chemistry between the actors was great. The chemistry between Sung Dong-Il and Kim Hee-Won was especially notable, as their relationship felt very natural. There’s no wonder why they are veteran actors, and putting the child actress Park So-Yi as well as another veteran star Ha Ji-Won into the mix made the film that much more enjoyable to watch.

I can’t express enough how adorable Park So-Yi is. I saw her briefly in <Deliver Us From Evil>, and she was good in that as well, but absolutely shined in this. She’s so, so cute and was like a little puppy. Her puppy dog eyes absolutely stole my heart, and I’m sure she’ll steal yours as well. She was like a puppy at times, and like a penguin at another, and showed so much potential as an actress. I can’t wait to see how great of an actress she’ll turn out to be, and am very excited for her future acting career. 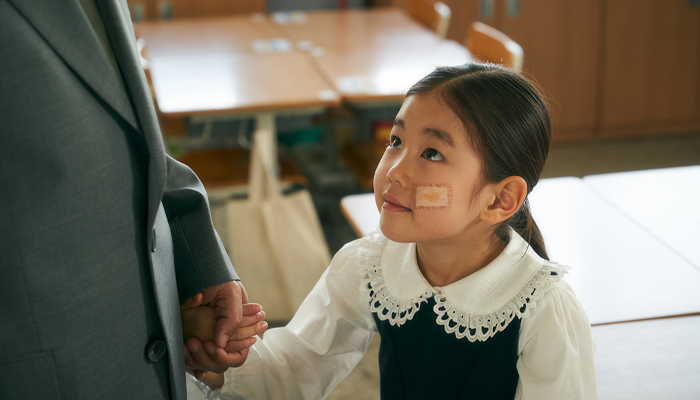 Furthermore, actor Kim Hee-Won played a different type of character than what he usually does in other productions. He usually plays a more bitter, vile antagonist in films or dramas, and although his character is a loan shark in <Pawn>, he isn’t necessarily a “bad” character. He’s very soft-hearted and cute in this.

The movie gets really emotional, as you probably expected if you’ve seen the trailers. The production company of the film is “JK Film,” and they’re known for making emotional films. Some other works they produced includes <Keys to the Heart>, <The Himalayas>, <Dancing Queen>, and <Ode to My Father>. From that, you can see they are a company that likes to make their audience cry. And boy does it get emotional. There were sniffles throughout the theater, and I never cry during movies, but I got chocked up a few times in this. The film reminded me of <Miracle in Cell No.7> a lot and I found lots of similarities between the two movies. I highly recommend watching <Pawn> as a family, as it’s a perfect watch during the Thanksgiving holidays.

Moreover, the movie does get very emotional, but it’s not all sad. There were humor points spread throughout the film, ranging from chuckle-worthy to laugh-out-loud, so you can expect to laugh and cry, then laugh again repeatedly.

There aren’t a lot of bad things I have to say about this movie. However, there are some minor things to mention. First off, I mentioned that the film gets very emotional, but I have to admit that there were a few scenes of slight forced emotions. It’s not too bad, but i personally found that it tried a little too much at times. However, there also are moments of genuine emotional scenes that makes up for it.

Also, the story itself is a little predictable. It’s not so much so that it’s unenjoyable, but the overall flow of the movie goes as you expect it to.

And finally, this is a nitpick regarding the development of the story. I found that it didn’t really make sense how Pawny got so close to the two men so quickly. She despises them in one scene, and then in the next, they form a strong bond out of nowhere and have a very good relationship. I just found that to be kind of unrealistic and wished that there was a little more development in that sense.

Overall, <Pawn> was such a heartwarming film that gives that feel-good vibes. I found myself smiling frequently, but also on the verge of tearing up as well. It’s a perfect family movie to watch with your loved ones. The acting was great by everyone, but Pawny, or actress Park So-Yi, stole the show with her cuteness. I’m very excited for Park So-Yi’s future. This is one of the better movies of 2020, and I highly recommend giving this a go. Oh, and there’s an extra scene after the credits start coming up, so don’t leave the theater or turn off the movie right away.