Hello everyone, and welcome back to another review by EonTalk! Today, I have prepared another movie review of a film I enjoyed, but hadn’t gotten a written review out for. Today’s review will be on the romcom released last year, titled <Crazy Romance>.

After his ex-girlfriend leaves him, Jae-Hoon spends everyday drinking his sorrow away. One day, he wakes up with a major hangover, and after checking his phone, realizes that he called and talked to an unknown number for 2 hours. Who was the owner of the unknown number? It was none other than his work colleague, Sun-Young, who he just met that previous day. Sun-Young, who’s also recently broken up with her boyfriend, started working at the same company as Jae-Hoon the day before the call, and the two start off on the wrong foot, but gradually gets closer and closer.

I found that the film did a very good job at showing the real aspects of relationships, in a funny and comedic way. It shows both the male and female’s point of view in a romantic relationship, in a very realistic and humorous way. There’s an expression in Korea of a “refreshing moment,” called “사이다.” This literally translates to “cider,” or the carbonated drink Sprite, and what this entails is that it’s very refreshing and clears out a situation, much like how sodas clear that clogged up feeling you get when eating something greasy and cheesy, like pizza or a burger; that refreshing moment where you eat something greasy and take a huge gulp of coke or sprite, and you feel it all going down in a refreshing way.

<Crazy Romance> had lots of those “cider moments” where it says things you can’t say, for you. For example, I’m sure you’ve had those times where you wanted to say something to your boyfriend, girlfriend, or just anyone really, but didn’t because of reasons such as you don’t want to hurt their feelings or because it’s just socially not acceptable. Well, the characters in <Crazy Romance> say those unconventional things you wanted to say, for you, in a refreshing way. 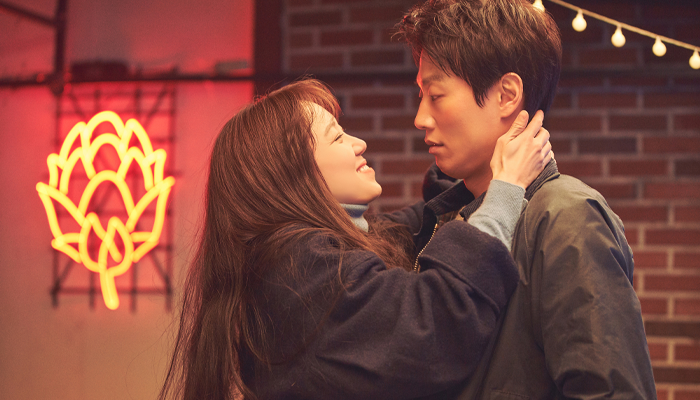 Also, the movie had a great cast, both main and supporting. All the actors of the film fit their roles so well, and the character-chemistry was great. The two main leads were amazing as always, but I want to give a special shoutout to Kang Ki-Young. I selected Kang Ki-Young as my favorite supporting actor in the 2019 EonTalk Movie Awards, and I truly do believe he’s someone we need to keep an eye on, as he brings a very bright energy when he comes on screen. He was also in other films such as Exit and On Your Wedding Day, as well as the Kdrama “Oh My Ghost,” and although he played supporting roles in all of those productions, I believe he has what it takes to take on a main role in a comedic film, and am hoping to see him in a leading position in the future!

Furthermore, I mentioned that the movie portrayed real relationships in a humorous way, and it does this so well. There were lots of LOL moments where I found myself laughing numerous times. The film kept my attention throughout, giving funny scenes after funny scenes, so that you’re never bored. 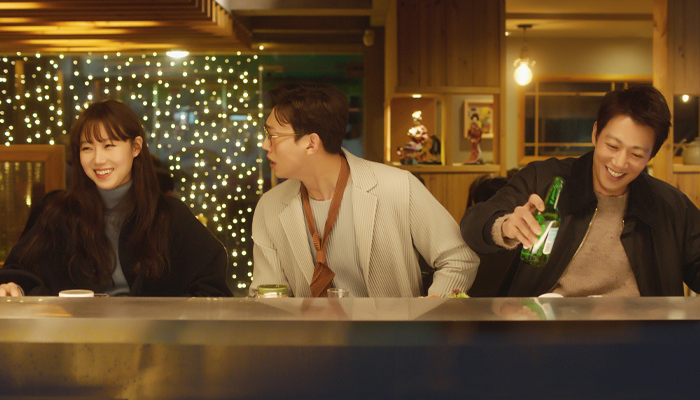 Moving along to the bad part about the movie, this sort of goes hand-in-hand to the first good factor about the film, but because the movie is based on quote-end-quote “real relationships,” there aren’t any real surprises. The story is something everyone knows, as you’ve probably gone through it before if you’ve been in a relationship. This means that the story itself isn’t anything special; it’s fairly predictable and doesn’t really go beyond your expectations. You can probably guess the ending of the story, and you’re most likely right.

And lastly, the movie has a lot, and I mean A LOT of drinking. Because this is a Korean film, and so based on the Korean culture, drinking is a huge part of the movie. I’m not saying everyone drinks to that extent, but it is pretty common to go out for soju with your friends, family, and colleagues. So backtracking a little on the REAL part about the movie, this may not necessarily be the case if you haven’t experienced the nightlife of Korea (or moreso drinking life of Korean culture), or you yourself don’t drink or have experienced that blackout drunk state of mind. 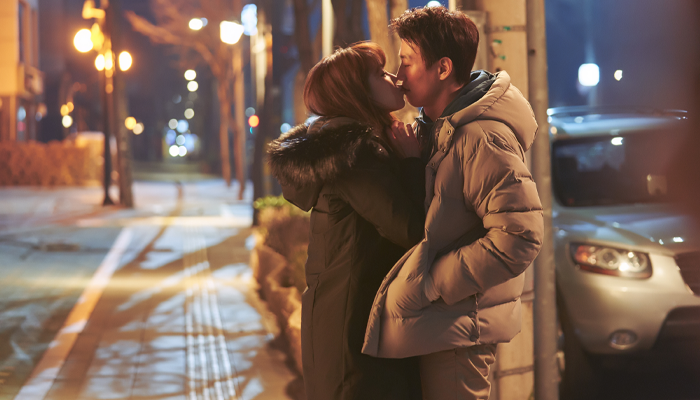