My oh my has it been a minute since I made a written movie review! I’ve been focusing on creating video movie reviews lately, as well as building the EonTalk YouTube channel, that I didn’t really put in much effort in writing on the EonTalk website. However, several people have reached out to me saying that they in fact do miss the written reviews, and that I should keep a balance of video and written content. And I couldn’t agree more! The EonTalk website is where I started my movie-reviewing journey, and I’ve realized that I need to keep creating the type of content that really got me started, and to stay rooted.

That being said, I can’t promise (or even confidently say) that I’ll be posting reviews as frequently as I did in the past. As mentioned above, I’m going to try to keep a balance of both video and written content, and will try my best to provide as much content as I can without sacrificing my needs and desires as well.
Then without further ado, let’s get into the review 🙂 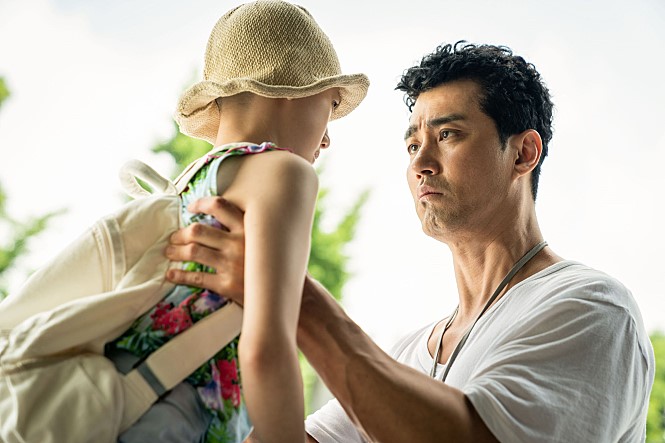 Directed by Lee Gye-Byeok, who also directed <Luck-Key>, <Cheer Up, Mr. Lee> is a comedy/drama starring Cha Seung-Won, Uhm Chae-Young, and Park Hae-Jun. As you can probably tell from the trailer, the movie is of a type that’s both funny and emotional. A lot of people compared it to and expected it to be the next <Miracle in Cell No.7>, as there are definite overlapping features between the two movies. However, let me just give you my opinion regarding this matter before going deeper into the review; <Cheer Up, Mr. Lee> doesn’t even come close to <Miracle in Cell No.7> in my opinion. I’ll get into the details below, but to give an oversimplified summary, I found the film to be too exaggerated and forceful when it comes to its humor and drama. The plot in general has a very extreme melodramatic tone.

Chul-Soo (Cha Seung-Won) is an extremely charismatic and handsome man who makes both guys’ and girls’ heads turn when he walks by. However, contrary to his gorgeous appearance, he has very child-like characteristics, and is mentally-challenged following a traumatic accident. Chul-Soo suddenly receives the news that he has a daughter, and this sudden news comes as a shock to both him and his daughter, Se-Byul (Uhm Chae-Young). As the two start to interact, their relationship starts off on not the best beginnings.

The acting performances by the main actors of <Cheer Up, Mr. Lee> were pretty good. Now, I say “pretty” good because of Cha Seung-Won’s acting. As I watched the movie, I couldn’t make up my mind if Cha Seung-Won’s acting was good or not. It was definitely new and a different image from what we’ve seen Cha Seung-Won in, but “new” and “different” doesn’t always equal “good,” per se. However, as the movie came to its concluding parts, I was able to make up my mind on his performance, and ultimately decide that his acting was, in fact, good. How did I come to this conclusion? To explain without giving away too much detail to the point that it spoils the film, the movie shows when Chul-Soo, the character Cha Seung-Won is playing, is healthy and wasn’t mentally challenged. And when you compare the acting of when he was healthy and how he is now, you really see the difference and appreciate Cha Seung-Won’s acting performance. It’s at that point you can see the range of acting talent he has.

Furthermore, the performance by the other main lead, Uhm Chae-Young (who plays the daughter, Se-Byul), was incredible. Not only for being a child actor, but even on the standard of actors in general, she’s definitely worthy of recognition. As for the other acting performances, they weren’t anything noteworthy, but they weren’t bad either.

Also, I ultimately didn’t really enjoy the movie too much, but I don’t know why I left the theater happy and feeling good. Was the movie satisfying? No, I didn’t find the movie worth the time or money. However, it does give you that good vibes, and it also gives you hope, which is why I think I was able to come out of the cinema feeling pretty good.

And now for the bad parts. The biggest dissatisfaction I had about <Cheer Up, Mr. Lee> was its over-the-top comedy. It tries way too hard to be funny, and I found the humor to be outdated. Quite frankly, the jokes weren’t funny one bit, they were very cringe, and I just found it to be too forceful. But then again, I said the same thing about <Extreme Job>, as I found that movie to also be too juvenile, but A LOT of people enjoyed <Extreme Job>. In fact, it was able to break several records at the Korean box offices! Not saying that <Cheer Up, Mr. Lee> will top the charts like <Extreme Job>, but it has similar comedic elements. Maybe it’s that my gag-code doesn’t match this type of comedy, because some people were laughing. However, I didn’t laugh-out-loud one time; the most was a couple chuckle moments.

Furthermore, the movie tries too hard to be emotional/touching as well. Tears should come naturally if the story and acting is done right. However with <Cheer Up Mr. Lee>, both the comedy and emotions felt very forced and unnatural. Maybe I’m just cold-hearted, but I didn’t find it sad/emotional. I will say, though, that it does get better near the end; during its concluding parts, the movie does get genuinely touching. 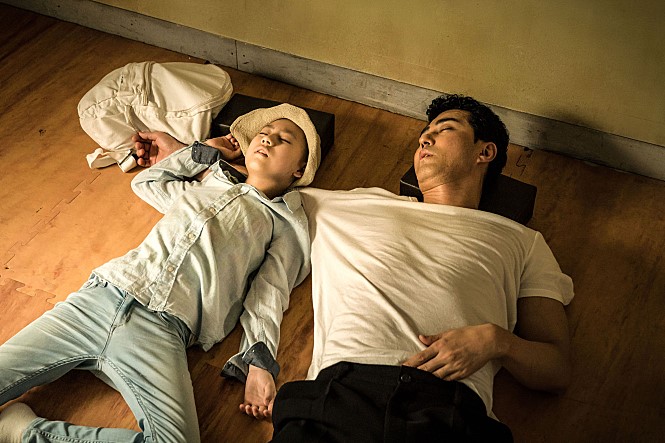 Moreover, the storyline is pretty predictable and unrealistic, and doesn’t really give anything new. It feels like something you’ve seen before, and it lacks orginality, in my opinion.

All in all, I felt that <Cheer Up Mr. Lee> tries too hard to be funny and emotional; so much that it’s cringe and cheesy. However, it does get a little bit better as it progresses. I guess you need to let it find its place and you just need to get adjusted to the style and tone of the movie, as it grows on you. During its concluding parts, you think it’s over but it keeps revealing more and more, kind of like peeling an onion, and gets more and more sad. At the end, there were sniffles througout the theater (I personally didn’t find it too emotional, but I have a pretty high tolerance when it comes to emotional movies). To sum up, it’s good near the end, but is it worth sitting in a theater and watching over an hour for for just the ending? I can’t say I recommend <Cheer Up Mr. Lee>. 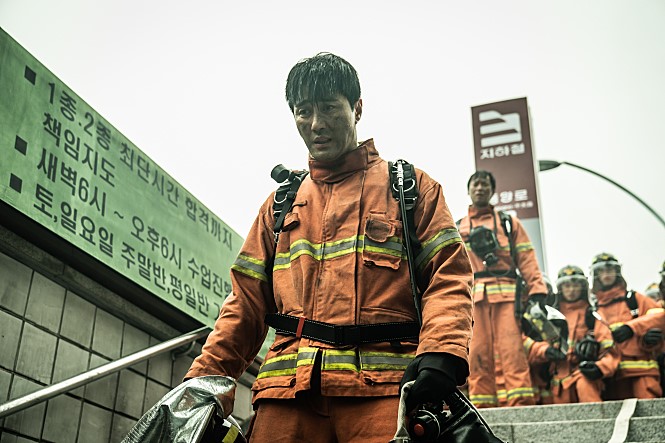