Hello everyone, and welcome back to another movie review by EonTalk! Today’s movie review will be on the Korean action comedy, <Mission: Possible>.

<Mission: Possible> was directed by the first time director Kim Hyung-Ju, and starred the duo of Kim Young-Kwang and Lee Sun-Bin as the two main leads. I absolutely loved Kim Young-Kwang in <On Your Wedding Day>, which I’ve highly recommended in a lot of my other videos, and Lee Sun-Bin was in last year’s comedic action film <OK! Madam>, which won the Best Comedy Award on the 2020 EonTalk Movie Awards. The movie is a mixture of a secret agent/spy movie with action and comedy, and revolves around an inexperienced secret agent having to go on a highly dangerous mission with a strange man. Let’s take a look at the detailed synopsis.

The synopsis is as follows:
‘Woo Soo-Han’ is the owner of a private detective agency that would do anything for money. One day, a secret agent that goes by ‘Yoo Da-Hee’ shows up and offers him $10,000 to go on a mission with her. The mission? To resolve an arms-trafficking case. The two completely opposite agents begin the case, but as they progress further and further into it, situations get more and more out of hand. From leaving traces behind for the authorities, to getting framed as criminals, the secret mission to stop arms trafficking in Korea begins!

First, I thought the main leads Kim Young-Kwang and Lee Sun-Bin were great fits for their roles, and the two had great on-screen chemistry. Kim Young-Kwang plays a character that’s crazy about money and would do anything for cash. The role is a very silly character, similar to that of the role he played in <On Your Wedding Day>, which I think fits his image really well. He seems like a very silly, goofy type of guy in real life too, seeing him in variety shows, so I think he fit the character very well.

Furthermore, Lee Sun-Bin also fit her character perfectly. She played a more minor role in <OK! Madam>, which was another action-comedy that released in August of last year, but it was great to see her in a major, leading role in this. Sidenote, although I really liked Kim Young-Kwang in this and he and Lee Sun-Bin had good on-screen chemistry, I think Lee Kwang-Soo would’ve also been a great choice too for the male lead, especially since he and Lee Sun-Bin have a public relationship. And apart from the two main leads, there were a lot of familiar faces in minor roles as well. Oh Dae-Hwan, Seo Hyun-Chul, Choi Byung-Mo, Kim Tae-Hoon, Julien Kang, and Park Kwang-Jae are just some of the supporting cast members.

Moreover, the film had very exaggerated background music, which I would usually point out in the bad parts, but in this case, I thought it fit the tone of the movie well. The movie itself was a very over-exaggerated movie, which I’ll get to later, but because the overall movie was very over-the-top, the over-the-top music fit well with the overall tone.

And the final good thing I have to say about <Mission: Possible> is its action sequences. The film had fist fighting, sword fights, and gun battles, which isn’t common to see all three, but all were executed very well. You can tell they had to practice a lot to get it just right, and just right they did get.

I just want to say one negative thing about <Mission: Possible>. Of course, there may be more if I really were to nitpick, but there’s just one major element about the film that I just didn’t like. The comedy of the film was very, very childish. It was totally not my type of tea when it comes to the humor. It’s in line with Korean comedies such as <Extreme Job> and <Hitman: Agent Jun> – a very over the top humor. 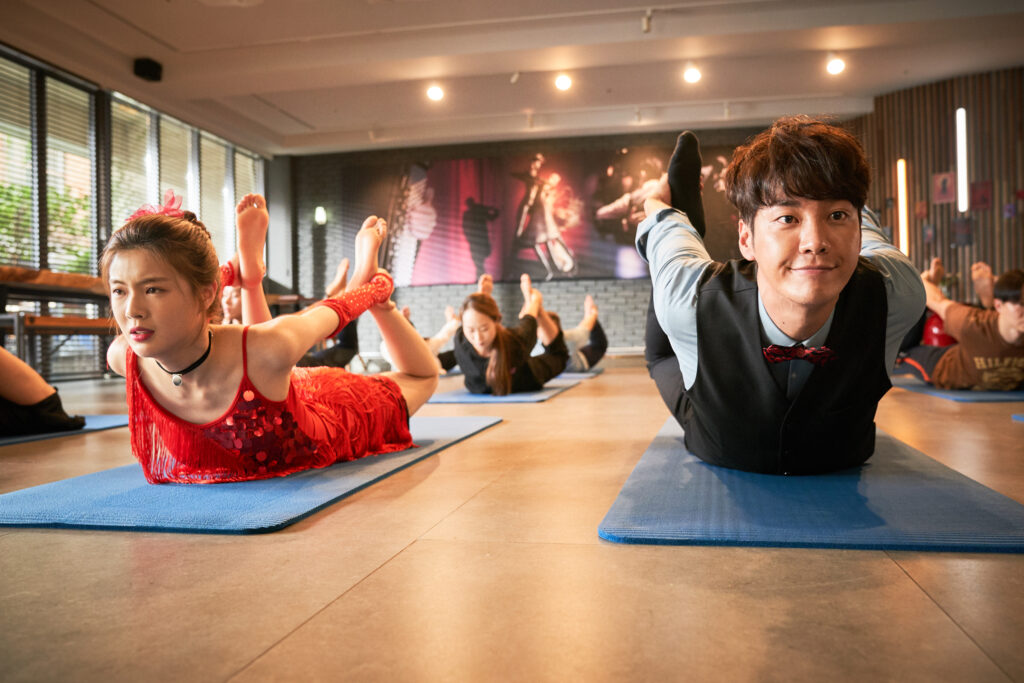 There are lots of people that do enjoy this type of comedy, but it’s just not my personal preference. However, I will say it does get better as it progresses. Maybe this is due to getting used to the exaggerated element of the movie as you watch, or maybe because the action balances out the silliness, but I thought the movie got better as it progressed.

Overall, <Mission: Possible> was a very light movie. It reminded me of films like <The Soul-Mate>, <Extreme Job>, and <OK! Madam>, other Korean action-comedies. The movie has very over-the-top comedy, but as you watch, you get used to the exaggerated comedy, and once you get used to it, it actually becomes enjoyable. And if you are the type of person that enjoys this type of comedy to begin with, then you’ll have an enjoyable time anyways!