Hello everyone, and welcome back to another movie review. Today, I’ve got the written review of the new Korean action comedy titled <OK! Madam>.


Directed by Lee Chul-Ha, who also directed <Insane>, <The Haunted House Project>, and <Love Me Not>, <OK! Madam> is an action filled comedy, and I believe was the director’s first attempt at a comedic feature film. As you can see from his past works, the director is pretty challenge-seeking, as all 4 of the movies mentioned are of different genres. <Insane> is a mystery thriller, <The Haunted House Project> is a horror film, <Love Me Not> is a melodrama, and of course, <OK! Madam> is a comedic action movie. I appreciate directors and producers who try new things, and I’d say he did a pretty good job with his attempt at a comedic film.

The movie revolves around the premise of a family who’s going on their first overseas vacation, but the flight they are taking is hijacked by a group of terrorists. Let’s take a look at the detailed synopsis of the film.

‘Mi-Young’ is the owner of a small, local shop that sells bread, and ‘Suk-Hwan,’ her husband, is a computer repair specialist. With their daughter, the family lives a pretty hard life, but they find extreme luck when they win an all expense paid Hawaii vacation sweepstake. With great excitement, the family leaves for their vacation, but little did they know the terrible fate ahead of them. A group of terrorists chasing after a secret agent also board the same plane, and they hijack the flight. The plane becomes a chaotic mess, and it’s up to the couple of Mi-Young and Suk-Hwan to save the flight.

<OK! Madam> was a good light comedy and action film, and it reminded me of movies such as <Hitman: Agent Jun> and <Extreme Job>. It was like a mesh between the two, as both of those movies also were comedic films with action as well.

Up until the actual hijacking of the plane, the movie was a pretty jolly movie that makes you want to leave on a vacation. Especially with this whole corona pandemic ongoing, I’m sure everyone around the world wants to travel and go on a vacation, and when you watch the beginning scenes of <OK! Madam>, when the family is at the airport and board their plane, you really feel for the characters and feel like you’re also leaving on a holiday.

Once the takeover of the plane takes place, that’s when the climax of the film starts, and from that point on, the action begins. Maybe because I went into the film expecting a comedy film, and less an action film, but I was pleasantly surprised by the action scenes of <OK! Madam>. Furthermore, throughout the film, there were lots of LOL and chuckle worthy moments. Yes, it can get cheesy, but it wasn’t as cringe as <Hitman: Agent Jun> or <Extreme Job>. Amongst those three films, I prefer this one. 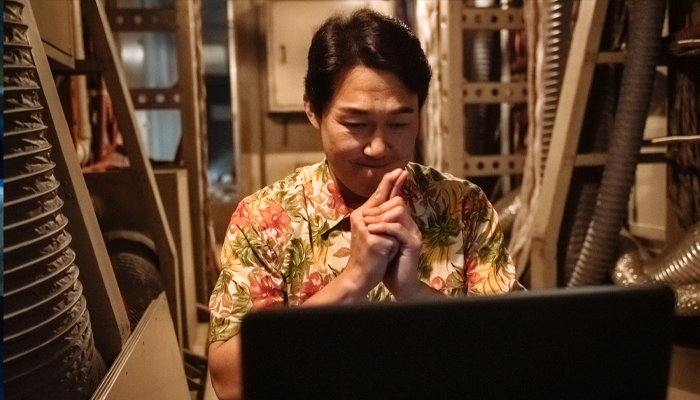 Moreover, the story wasn’t exactly what I expected, and the character roles were not what I expected after watching the trailers. However, this is by no means a bad thing, and I still found it to be good.

I absolutely loved the cast of <OK! Madam>. There was great chemistry between the actors, and you can tell they had a fun time filming. Going into the characters one by one, Park Sung-Woong’s character was such a different image compared to his role in <New World>. His role in <New World> is by far my favorite amongst the characters he played, and left such a huge impression on me. No, it wasn’t as great as the Jong-Gu character that he played in <New World>, but it was a totally different side to Park Sung-Woong, and he showed that he can play both serious and comedic roles.

Next, I only knew Lee Sun-Bin from variety shows and being Lee Kwang-Soo’s girlfriend, prior to this film. She had a small role in <Me and Me>, but other than that, this was my first time seeing her with a bigger role. And she did a good job. Her character didn’t have the biggest lines or the most runtime, but I think it was a good opportunity for her, and that she pulled off the role well. 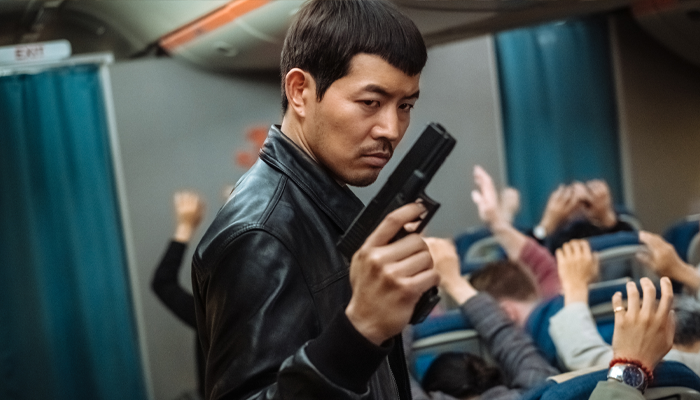 I feel like all of, if not majority of, Uhm Jung-Hwa’s roles in movies seem to be very similar. Of course, this is because she’s so great at executing these roles, but I’d love to see her in other parts as well.

Bae Jung-Nam was also in another comedy film that was released this year, <Mr. Zoo: The Missing VIP>, and he plays a silly role in both movies. I found that he was hilarious in <OK! Madam>, and loved his role.

Also, it’s not just the main cast that were great, but the smaller, supporting roles were casted well and had lots of familiar faces as well. 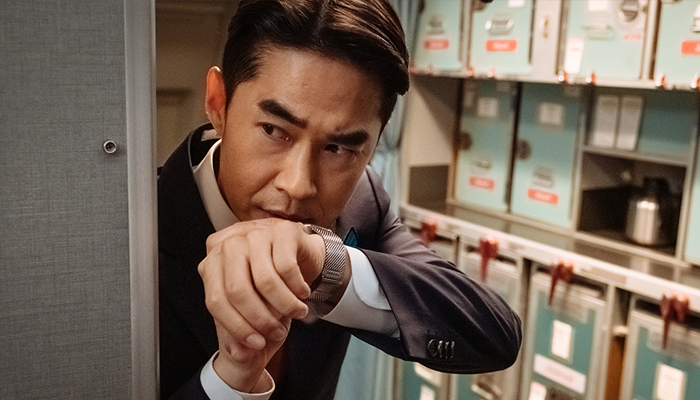 One of the biggest downfalls of <OK! Madam> is that it loses its tension and gets slow. The film’s runtime is 100 minutes, or 1 hours and 40 minutes, which is by no means a long duration for a film. In fact, I find that 90 to 100 minutes to be a good runtime for comedic films. The progression of <OK! Madam> was good up until I’d say about an hour in, but the remaining 40 minutes or gets slow and lost my attention. This is not good for a movie that has a relatively short duration. It does pick back up for a moment, but then drags again in the end.

As you may expect with action comedies, there were of course parts that don’t make sense. Especially with the whole plane takeover and stuff, there were logically impossible parts, but that’s not too big of a negative for a movie of this genre.

And lastly, there wasn’t anything too special about the story. The movie had its originality in the sense that it’s an action comedy of a plane hijack, but you can’t help but see that it took lots of inspiration from other films, one of which is <Mr. and Mrs. Smith>. 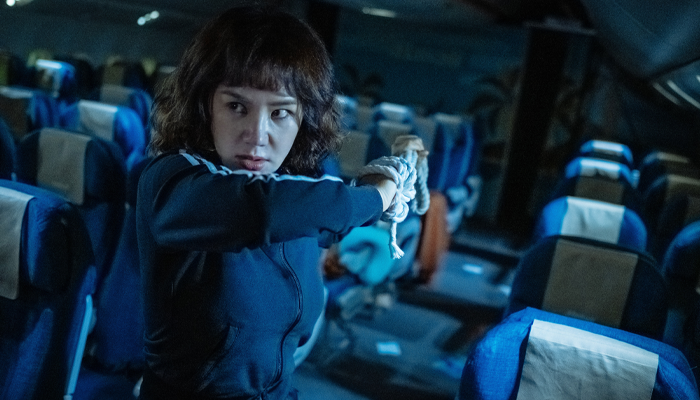 <OK! Madam> was one of the better comedies released this year, and there were a lot thus far. <Mr. Zoo: The Missing VIP>, <Secret Zoo>, <Hitman: Agent Jun>, and <Honest Candidate> all released this year, but amongst these films, <OK! Madam> was my favorite. If you like light action comedies such as <Extreme Job> or <Hitman: Agent Jun>, I’d recommend giving this a go. No, it doesn’t have the best story and it isn’t gonna go down as the best comedy films, but it’s still worth the time.