Hello everyone, and welcome back to another movie review by EonTalk. Today, I’ve got the movie review of my personal most anticipated movie of summer 2020, <Deliver Us From Evil>.

<Deliver Us From Evil> was directed by Hong Won-Chan, who also directed <Office>, and worked on the scripts for incredible films, such as <The Chaser>, <The Yellow Sea>, and <Confession of Murder>. From his history of past works, we can get a grasp of his style and tone, and that transcends equally into his latest work with <Deliver Us From Evil>.

Working alongside Hong Won-Chanwas another talented individual, Hong Kyung-Pyo, who was the director of photography. This man is highly acclaimed in the industry of film, as he’s worked on some of the biggest and well-received movies in Korean cinema. <Parasite>, <The Drug King>, <Illang: The Wolf Brigade>, <Burning>, <The Wailing>, <Snowpiercer>, <Always>, <Mother>, <TaeGukGi: Brotherhood of War>, and <Il Mare> are just some of the productions he’s worked on. 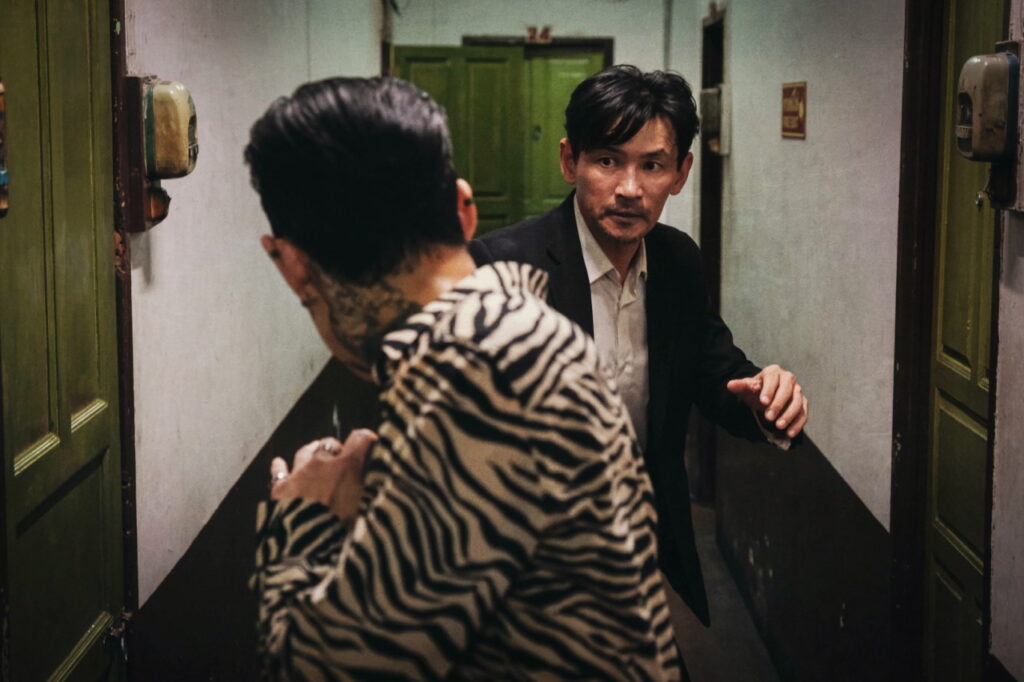 Other than the three main leads of Hwang Jung-Min, Lee Jung-Jae, and Park Jung-Min, <Deliver Us From Evil> also had supporting roles played by Park Myung-Hoon, who recently gained popularity with his role in <Parasite>, Choi Hee-Suh, and Oh Dae-Hwan.  The movie released on August 5th here in Korea, and at the time of recording, is the #1 movie at the box office. At two of the three biggest theaters in Korea, CGV and Megabox, the film is #1 in terms of ticket sales, and is #2 at the other big theater, Lotte Cinema. The #1 film at that franchise is <Steel Rain 2: Summit>, and I’ll be having a review for that film coming soon as well, so be on the lookout for that.

After completing his last assassination mission, hitman In-Nam finds out about a kidnapping case in Thailand that involves someone he knows. Thus, he travels to Bangkok, and with the help of Yoo-Yi, he begins to start the case. Meanwhile, Ray, a brutal and merciless man, finds out that his brother was murdered by In-Nam, and starts to plan his revenge against him. In order to get vengeance, Ray also goes to Thailand and starts chasing In-Nam’s tail. The battle between the gruesome assassin and ruthless chaser begins!

The Good parts about <Deliver Us From Evil> can be divided into three parts: first, the Action; second, the Cinematography; and lastly, the Acting. 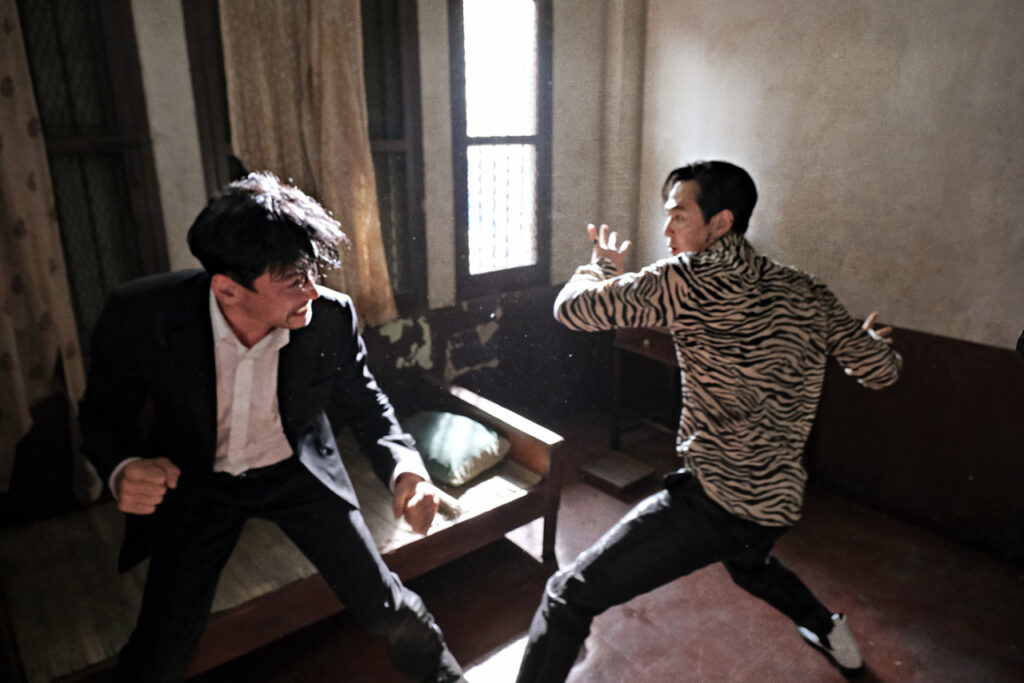 <Deliver Us From Evil> has great action and thrill right from the start. It can be too gruesome for people that don’t enjoy films such as this. It’s kinda surprising how they got away with a 15+ rating, and not an 18+… Anyways, I for one loved it. You can tell the actors practiced and worked really hard to execute the stunts, and even in the behind the scenes trailer, you can see how hard the actors worked to get the action sequences just right. Furthermore, there were great musical scores and sound effects to accompany the action scenes. The action of <Deliver Us From Evil> is the #1 best element of the film, and the action alone is a reason to watch the movie. If you’re a fan of action movies such as <The Man From Nowhere> or <No Mercy>, this is a must watch. 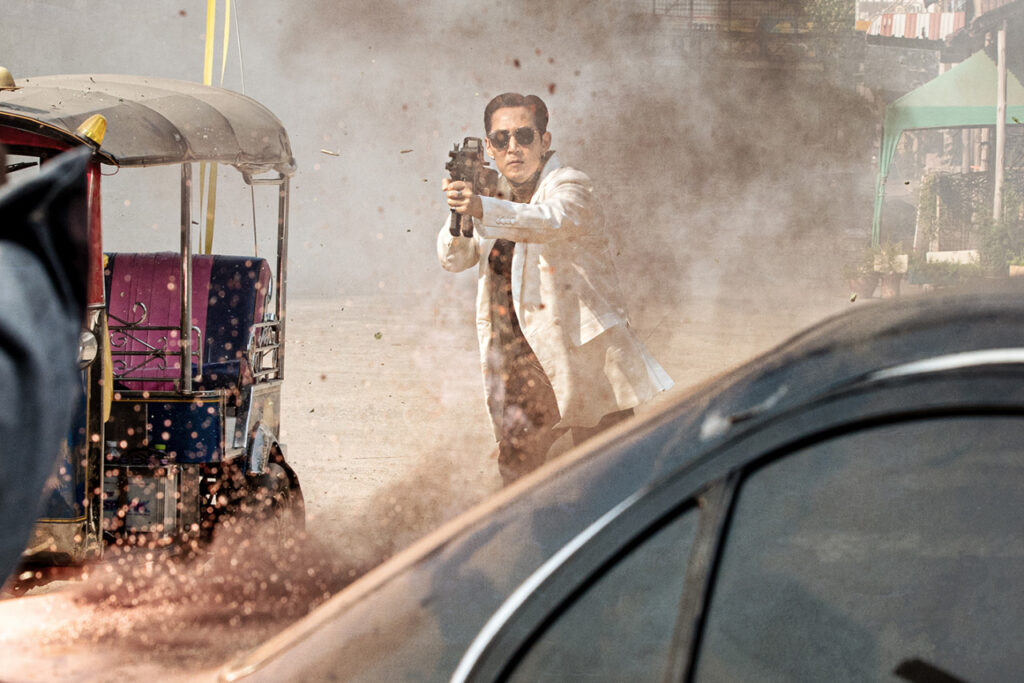 The movie was visually a dark film and had a very eerie vibe, and the closest movie with a similar tone that I can think of off the top of my head is <VIP>. You know, the rugged, grimy, mysterious tone that keeps you guessing and at the edge of your seat. Moreover, the film had interesting cinematography and was shot in a very unique way. As mentioned in the beginning, the director of photography is a very well-known man in this field, and you can see why by just watching and admiring how this movie was shot.

I absolutely loved the effects it had, such as the stop motion and slow motion effects, and the coloring the film had. There were yellowish/reddish tones, and as the movie took place in Tokyo, Korea, and Bangkok, each of those locations were expressed differently, and I found it interesting how you don’t need to be told where the characters are. By just looking at the tone of the screen, you can tell the location. 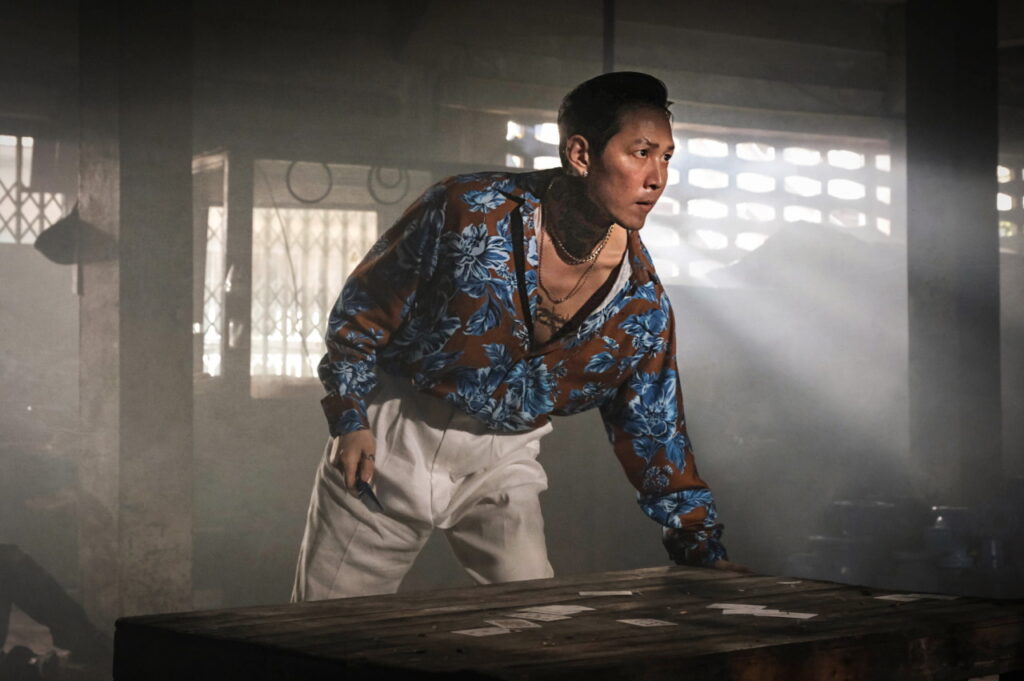 Additionally, there was more to the story than the trailers made it out to be. I very much appreciated that the movie didn’t try to force the emotions onto the audience. Instead, it was brief and effectful with its emotional scenes, like how it should be. (cough cough* <Peninsula>). 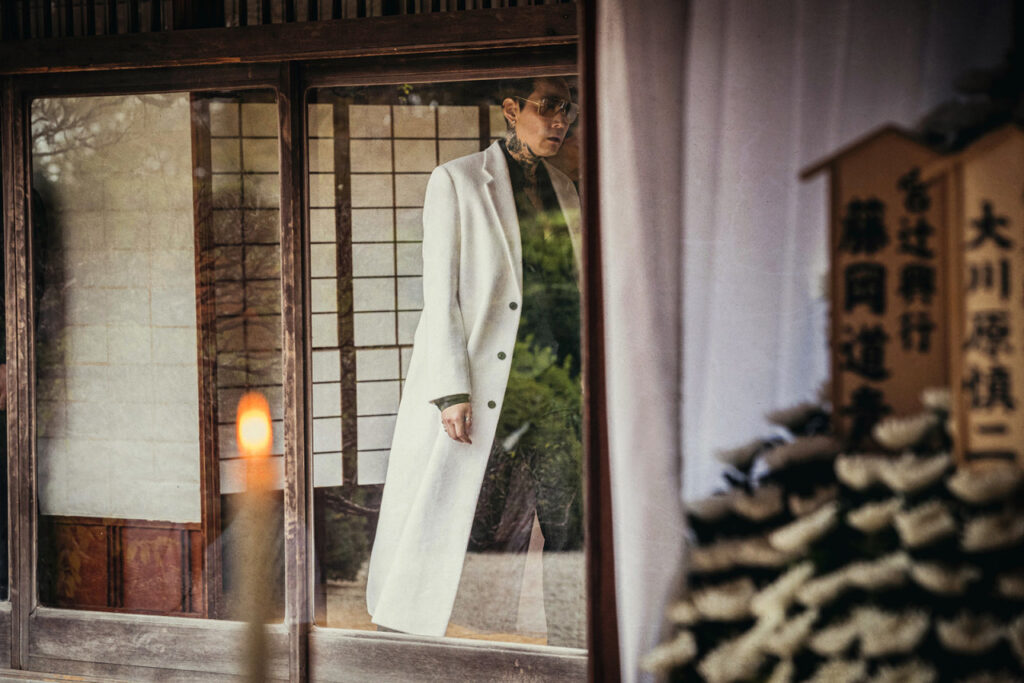 When I saw the list of cast members, I noticed that Park Jung-Min was included, but couldn’t find him anywhere in the posters, still images, or trailers. I was very curious as to and wondered where and how Park Jung-Min would fit into the movie, and this was one of the things I was looking forward to before I went into the movie. And you won’t believe it. His character totally caught me off guard, and was everything and more of what I anticipated. I didn’t even recognize him at first, and once I did, I had to take a double look. No wonder they didn’t leak any images or videos with promotions and trailers.

It wasn’t only Park Jung-Min’s role that was unexpected, but his amazing performance was equally if not more astonishing. Yes, he was good in other works such as <Time to Hunt>, <Start-Up>, <Tazza: One Eyed Jack>, <SVAHA: The Sixth Finger>, and <Keys to the Heart>, but he just knocked it out of the park with this one. You’re definitely in for a treat. 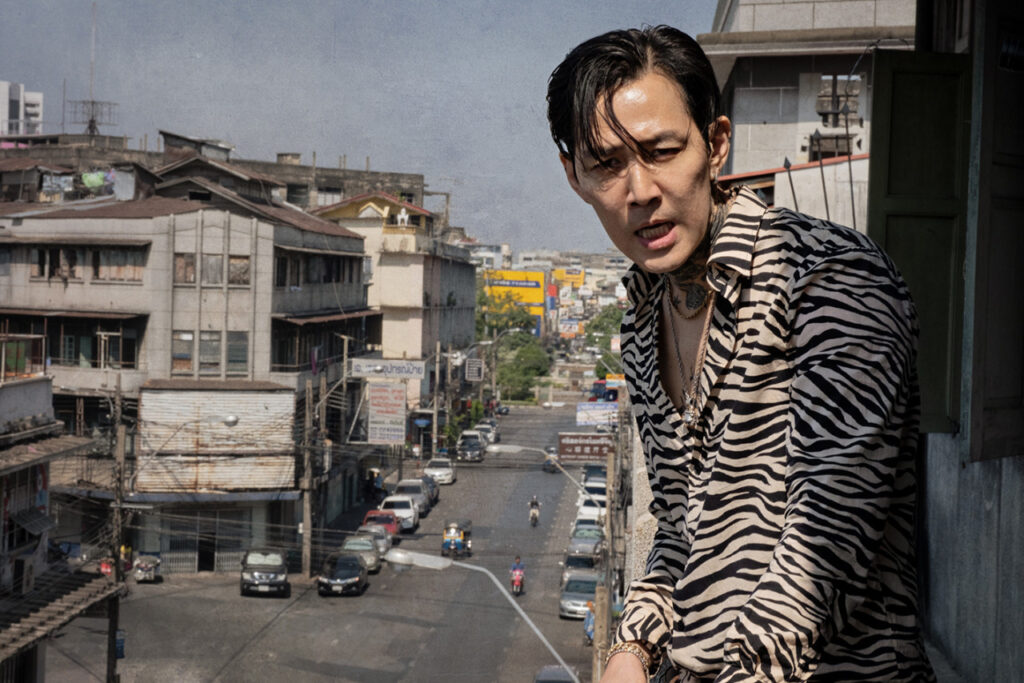 In fact, all of the three main leads’ performances were just jaw droppingly incredible. Lee Jung-Jae was totally badass, and the role suited him very well. His dark voice with the tattoos he had were just perfect, and I got the chills when I first saw him come on screen. You can’t help but acknowledge both Lee Jung-Jae and Hwang Jung-Min as one of the best veteran actors of Korean cinema. The way they can speak and express with their eyes is incredible, and the intensity they have in their eyes is freakishly amazing.

Furthermore, there was English speaking in the movie, and you know I always complain about the English spoken in Korean movies. However, it’s different with this one. No, the English wasn’t perfect, but it was good and didn’t take you away from the movie. Moreover, the foreign actors were good as well, and with how global the movie was in terms of film production, I think they did a great job at bringing about diversity and different backgrounds. 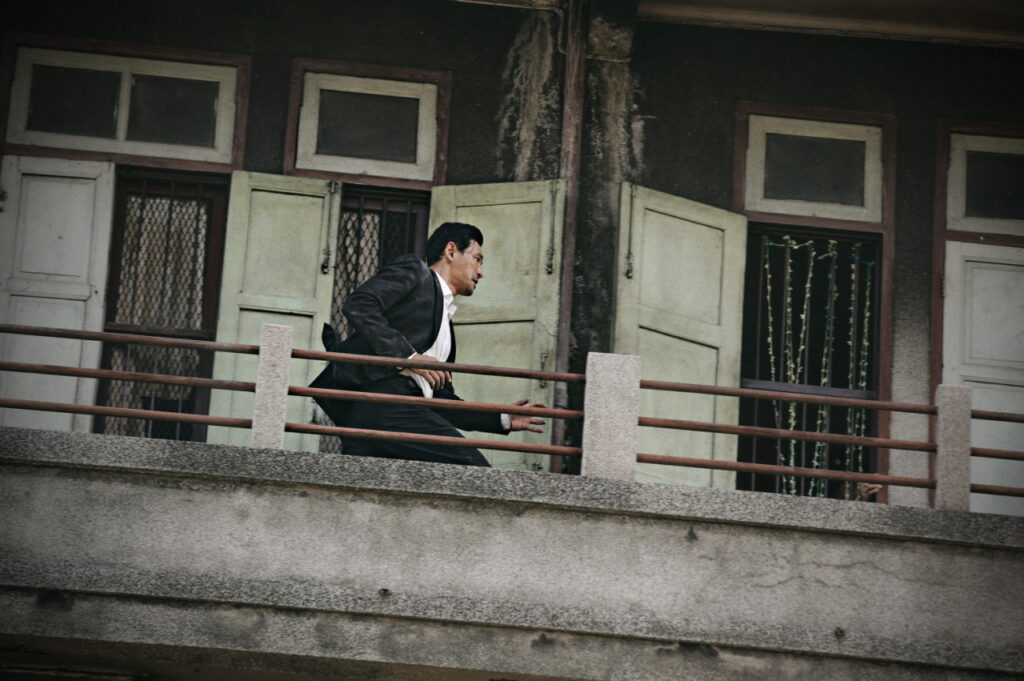 The first thing that comes to mind when I think of the bad parts about <Deliver Us From Evil> is that there were some unrealistic parts and logically improbable moments. As the movie progresses into its latter half, the action goes from fist and sword fights, to a total shootout. From that point on, the film gets really unrealistic. For example, how are the police and the antagonist shooting at the protagonist that many times and not getting a shot in? Also, not to mention grenades and explosions not affecting the characters as it should. There definitely are main character buffs, but then again, you should expect some level of that with movies like this.

Also, another negative of the film is that the story is an overplayed narrative that you can find in countless other films. It’s a typical revenge film story, and the story progression was pretty predictable. However, as mentioned, you don’t really watch movies of this genre for the story, but rather more for the action. And great action it did have. It definitely reminded me of other movies, and I couldn’t help but to feel it took inspiration from films of similar nature, such as <Taken> and <John Wick>. 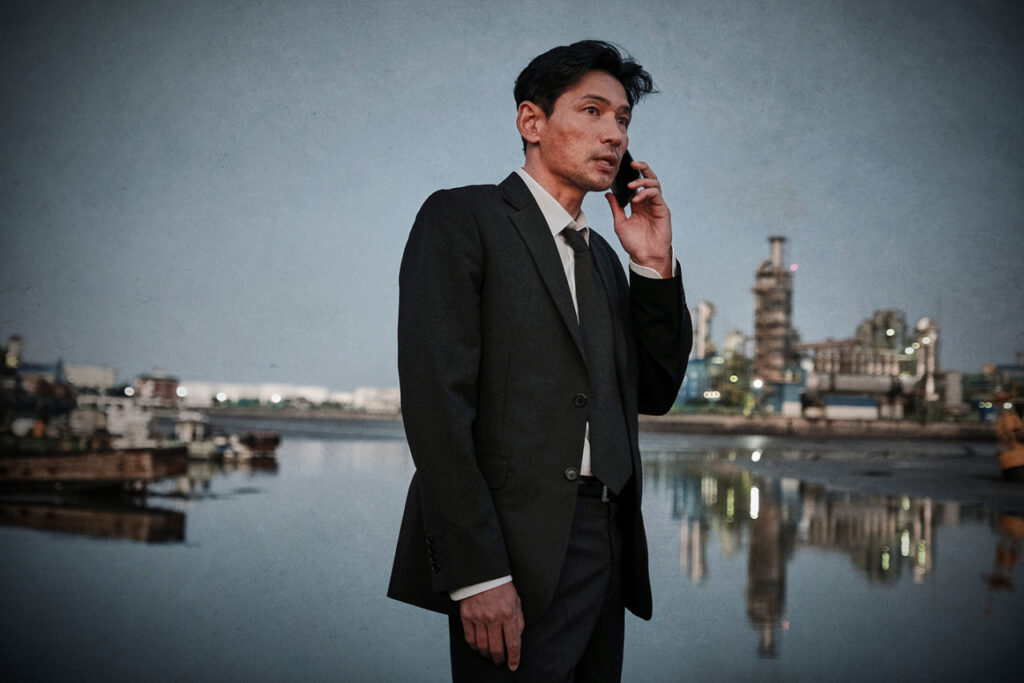 To be completely honest, I had very high hopes for this movie. I couldn’t help but be really excited for <Deliver Us From Evil> because of just how much I love <New World> and the duo of Hwang Jung-Min and Lee Jung-Jae. So, did the movie live up to my expectations? Yes. It met my expectations and I really did enjoy the movie. However, it didn’t surpass my expectations either. The movie was a great action film, but loses points in the realistic realm. There weren’t really any twists or turns, but it also doesn’t lose its tension and was an enjoyable ride from start to finish. I think this may have just beat out <The Man Standing Next> and took the #1 spot for Korean movies released so far in 2020, and definitely the best released so far this summer.