“You said promises were the most important things in life…”

A Korean, female version of <Taken>?! Is Lee Si-Young positioning herself as the female counterpart of Don Lee, aka Ma Dong-Seok?! These were a couple thoughts that ran across my head when I first watched the trailers for <No Mercy>. So, was the film itself successful in being labeled as a Korean version of <Taken>? Was Lee Si-Young able to fix herself as the female match of Don Lee? Read below to find out!

<No Mercy>, which was originally titled <Sister> on the EonTalk platforms as an official English title wasn’t released until very recently, was directed by Lim Kyung-Taek, who worked on a few minor films prior to this. The movie features several main leads, including Lee Si-Young as the older sister, Park Se-Wan as the younger sister, Lee Jun-Hyuk, and Choi Jin-Ho. The film is about an older sister looking for her younger sister, who was kidnapped.

Park In-Ae (Lee Si-Young) was recently released out of prison after being wrongfully accused and sentenced. Now that she’s reunited with her younger sister, Park Eun-Hye (Park Se-Wan), the two promises to never leave each other’s sides again. However, things all change when Eun-Hye suddenly disappears without any notice. With worriment, fear, and uncertainty deeply engraved in her heart, In-Ae does whatever she must do to get her sister back. As she gets closer and closer to traces of her sister, her rage grows stronger and stronger.

<No Mercy> doesn’t mess around when it comes to action. It starts off with high intensity from the get-go, and maintains it throughout its duration. And that’s what this movie does extremely well; giving the audience a badass action movie with an equivalently badass female lead. It’s filled with very refreshing action sequences, as one can tell from the trailers, and despite it seeming cheesy in the previews, the fight scenes were quite satisfying in the movie itself. The film goes through a lot of different phases, but action was a mutual quality that ran throughout the runtime.

To be completely honest, Lee Si-Young’s acting wasn’t anything spectacular. However, her ability to carry out the strenuous actions the movie demanded was incredible. I believe Lee Si-Young actually performed all of her action scenes without a stunt double, which makes it even more impressive. If Don Lee has a killer punch, Lee Si-Young has a killer kick. 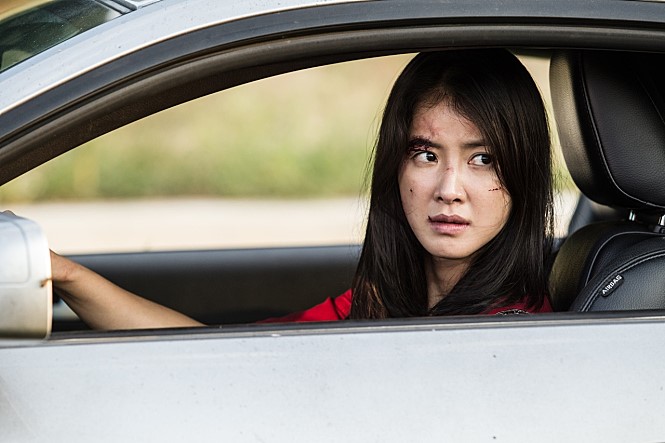 Some may say this was just another revengeful movie, but it actually had several social messages, including but not limited to disabilities, minor exploitation, bullying, and rape/sexual abuse. No, the story itself wasn’t a very solid one, and the storyline was fairly complicated and confusing. But it is made clear later on, and honestly, who watches these types of films for the story? You watch for the action, much like movies featuring Don Lee. You just want to watch him/her rampage through anyone in their way and give the bad guys what they deserve. Quite frankly, I expected the movie to not have a story at all, judging by the trailers. However, it actually did have a narrative, to my surprise.

Besides Lee Si-Young, the other female Park Se-Wan also shined in this feature. Her acting was simply phenomenal. I hadn’t seen her in any other previous works, and I believe she’s a rookie in the field. But you wouldn’t think she was a novice actress if you watch the film, but rather a well-established movie star. The character of Eun-Hye is mentally disabled, and Park Se-Wan perfectly depicted the role while not disrespecting nor being over the top. 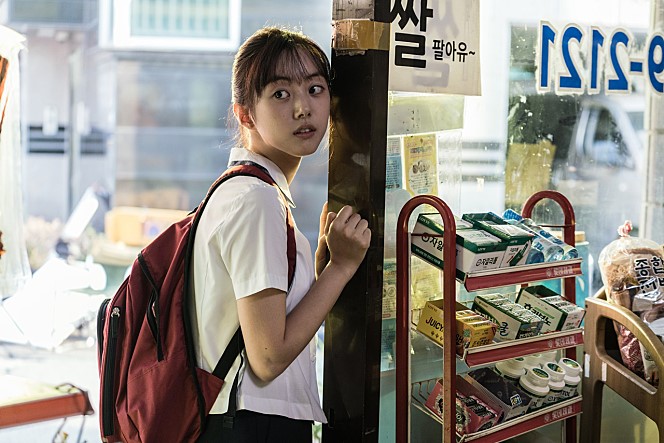 As with any other movies, there’s always room for improvement. By no means was <No Mercy> a perfect film. One negative about the film in my opinion was the cinematography they chose to go with. It felt kind of old school at times, but modern at others, making the tone seem inconsistent. There were several over the top music and sound effects that takes away from the film, and also a few scenes that took place in the car where you can clearly tell a green screen was used.

Furthermore, the film lacked practicality. As mentioned before, Lee Si-Young’s character is in a red dress and heels as she fights her way to her sister. How practical is that? **Minor spoiler alert, the dress and shoes were given to her as a present from her younger sister. So, it’s understandable in a sense that she wore the outfit. However, she could’ve literally just taken off the heels. There was no reason to be running around, fighting here and there with the heels. Total impractical… 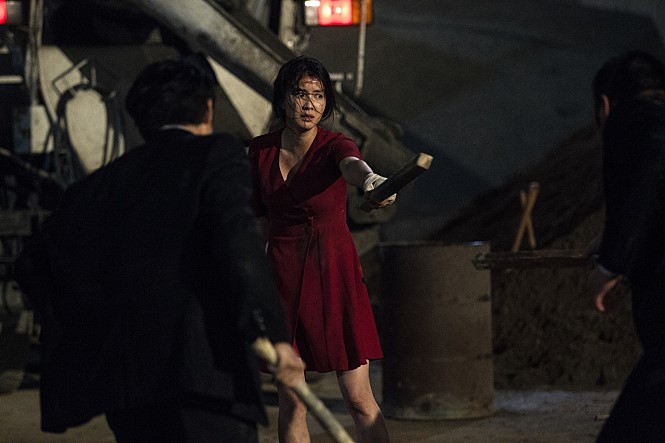 And finally, one of the main reasons why I feel like <No Mercy> was rated R was due to its vulgar language. The Korean equivalent of the “F” word was used like every other sentence. Yes, there were other elements that contributed to the film being rated 19+. But I believe the main reason the movie wasn’t PG-13 was because of its heavy use of profanity, which is unfortunate because the frequent use of profanity wasn’t critical to the film; I’d say it would’ve been much better to ease up on the swearing a tad bit, and extend the range of target audience.

Going back to the questions posed in the beginning: Is the film entitled to the label “Korean version of <Taken>? Ehh, not really. It was definitely beyond my expectations, but there weren’t any memorable lines like that of <Taken> (“I will find you, and I will kill you”), nor was the story a very solid one. And although Lee Si-Young’s performance was impressive, I think there’s still ways to go before reaching the level of Don Lee. Overall, I’d say it was a decent watch; don’t let the trailers fool you. That being said, just don’t have too high of hopes when going into it.