Hello everyone and welcome back to another Korean movie review by EonTalk. Today, we’ll be going over the highly anticipated, long awaited action thriller <The Witch: Pt 2. The Other One>.

<The Witch: Pt 2. The Other One> has finally come out after four long years since its prequel, <The Witch: Pt 1. The Subversion>. You guys have no idea how much I’ve been waiting for this one… I absolutely loved the first film, and ever seen watching it, I fell in love with the genre of noir, the actress Kim Da Mi, the director, and just K-movies in general.

And speaking of the director, this sequel was directed by the same director as the first “The Witch,” Park Hoon Jung. Director Park is one of my personal favorites, directing other works such as <VIP>, <The Tiger>, <Night in Paradise>, and of course, <New World>. <The Witch: Pt. 2. The Other One> had a totally new lineup, minus a few cameo appearances and smaller parts from the original cast of the first film, including Shin Sia, Park Eun Bin, Seo Eun Su, Jin Goo, Sung Yoo Bin, and Lee Jong Seok. There were a lot of comments asking where Kim Da Mi was, and why she wasn’t starring in the sequel. But is she really not in this second film?

The synopsis is as follows:
After Ja-Yoon’s disappearance, the secret laboratory responsible for the “Witch” project is attacked and destroyed by unknown, unidentified groups. And one girl is the lone survivor of the attack. This girl comes out to the world for the first time following this incident, and meets Kyung-Hee. Kyung-Hee welcomes her with warm arms, and the girl lives with her on her farmland. Meanwhile, several different people and organizations are after this mysterious girl, brewing up a fight that’s bigger and more catastrophic than before. Who is this “Other One?”

As with numerous others, I’ve been waiting so long for this sequel. The first movie, <The Witch: Pt 1. The Subversion>, was like a drama film in the beginning, and then suddenly turns into an action-packed thriller. I loved the sudden shift in tone and highly enjoyed the action storm following the calm sea. With <The Witch: Pt 2. The Other One>, this starts off with action and suspense from the get-go. There were lots of blood and gore, especially for it not being Rated R, and was a blend of supernatural, action, noir, and thriller. If you are a fan of any of those genres, you’ll have a good time.

However, this isn’t to say that the movie was overly serious and action/thriller-heavy. Although there were plenty of that, there were also some funny scenes sprinkled throughout the movie. Not gonna lie, some of the jokes and humor were a little corny, but there were other ones that made up for it.

Furthermore, minus some cameo appearances/smaller parts, this had a totally new cast lineup from first film. And just like how Kim Da Mi had a breakout career with the first movie, I think the main lead of this film, Shin Sia, could also gain mainstream interest with this. She has a very similar vibe to Kim Da Mi, and the casting was done very well.

Moreover, it wasn’t just Shin Sia, but also the other roles were casted well, too. We’ve been seeing Sung Yoo Bin a lot in films recently, and he’s been great in all that I’ve seen him in, this included. From Park Eun Bin to Seo Eun Su to Jin Goo to Lee Jong Seok, there isn’t to complain about the casting nor the performances.

Also, there were a lot, and I mean A LOT of comments on the trailers uploaded regarding Kim Da Mi. Numerous people were asking where she was, and why she wasn’t in this. And let me tell you, spoiler alert, but she is in this. Kim Da Mi made a special appearance near the end, and although it’s not a huge role and she didn’t have a lot of screen time, her role was crucial in the story and what’s to follow. Keep in mind, there is another sequel following this, a part 3, and this second part was like a bridge connecting the first and third movies.

And finally, <The Witch: Pt 2. The Other One>, definitely has an eerie vibe that I absolutely love (that’s what I loved about the first movie as well). It had its signature noir, dark vibes, and that mixed with the good CGI and special effects it had, this was one of the better action thrillers released out of Korean cinema recently. 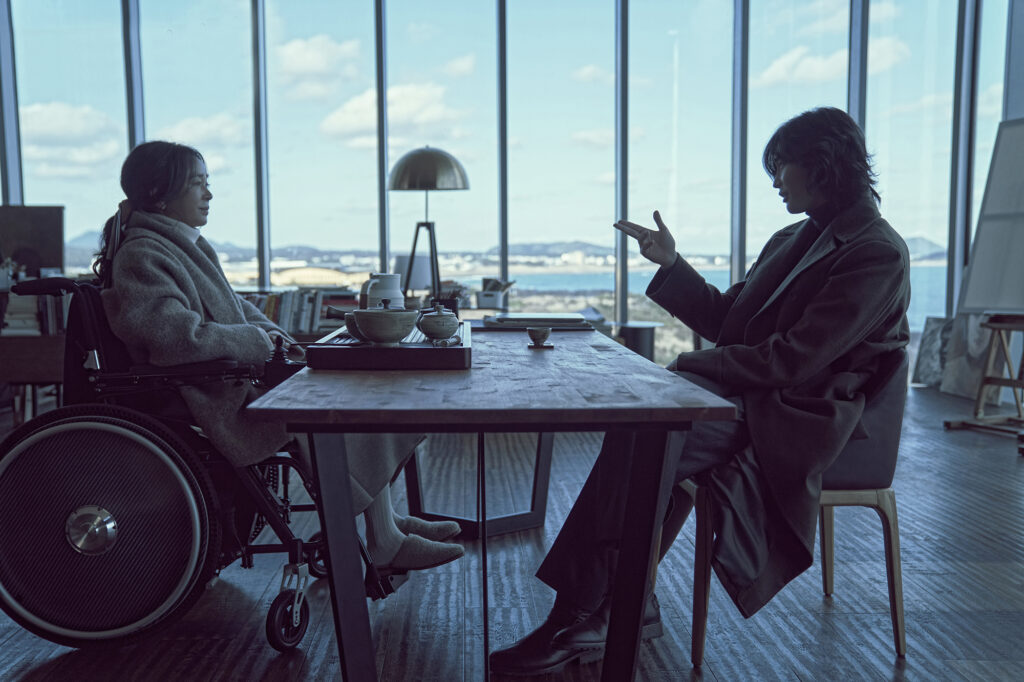 Okay, now that we took a look at the Good parts about <The Witch: Pt 2. The Other One>, let’s now move along to what I found to be the bad parts about the movie.

<The Witch: Pt 2. The Other One> was filmed amidst COVID in 2020. Because of this, there were obvious location and travel restrictions, which caused the location to feel very limited. I heard that the plot of the second movie was originally made with intent of being filmed abroad. However, this wasn’t possible due to the pandemic. That plus the issue of Warner Bros Korea closing its film production business in Korea, which was the original owner of the “The Witch” franchise, caused not only the delay of the sequel, but also the the narrative itself.

And maybe because of this, but the movie had lots of ups and downs. It jumped around a lot, and felt kind of all over the place and disorganized. It wasn’t so bad that it was unwatchable, but definitely noticeable. It’d have action-heavy scenes, followed by sudden calm and slow scenes, and action again. A rollercoaster of scenes. 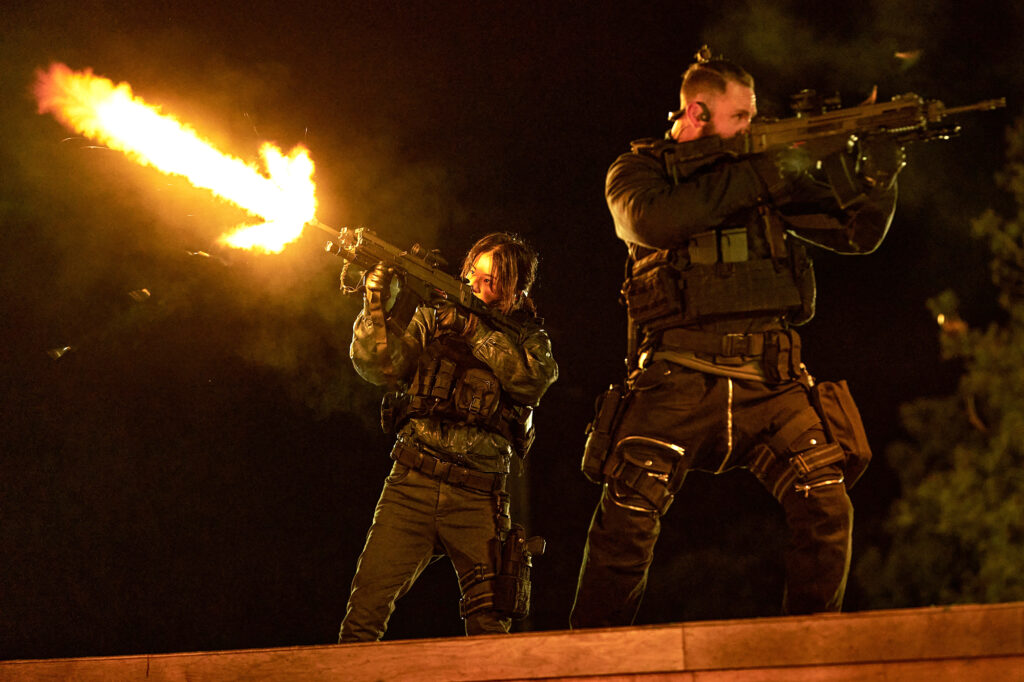 And lastly, this is something that majority of Korean films are guilty of, but there was bad acting by the English actor. I feel like I say this in 99% of films that have English, but the acting by the foreign, non-Korean actors are almost always terrible, and the English by the Korean actors is extremely hard to watch. The exception is actors like Lee Byung Hun, who’s able to satisfy both the acting and English parts. Seo Eun Su had quite a lot of English lines, and her English wasn’t bad, but I can’t say it was good either. I thought it was good in the beginning, but it progressively got bad. Choi Woo Shik’s performance in the first “The Witch” was a lot better, in my opinion.

<The Witch: Pt 2. The Other One> was a noir film full of action and suspense, with sprinkles of humor and rollercoaster of tones. There were quite a lot of gore and blood, and the film ended on another cliff hanger, hinting at the 3rd part. You can tell they made the 2nd with the 3rd in mind, and this one felt more like a bridge between 1 and 3; nothing more, nothing less. Oh, and there’s an extra scene after the credits, so be sure to stick around for that if you watch this. 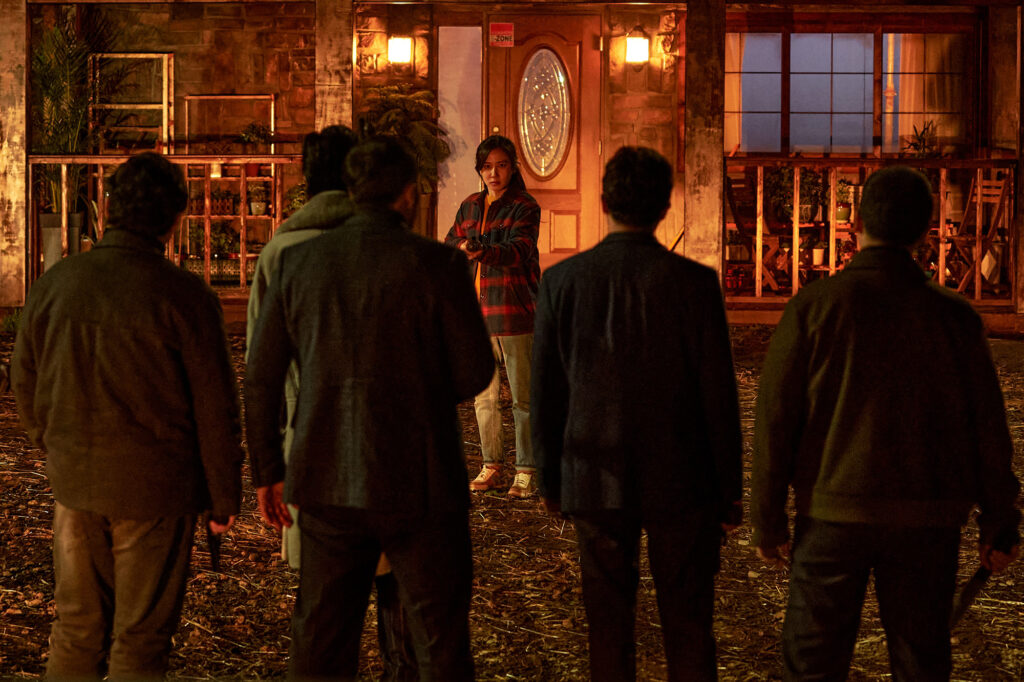