Hello everyone and welcome back to another written Korean movie review by EonTalk. Today, we’ll be going over the sci-fi action flick that was another highly anticipated K-movie of summer 2022 <Alienoid>.

<Alienoid> was yet another Korean movie to release this summer that I was very much looking forward to. A big reason as to why I was so excited for this film was not only because of its stunning cast lineup, but also because it was directed by Choi Dong Hoon. This director was responsible for some of the best K-movies; <Assassination>, <The Thieves>, <Jeon Woo-Chi: The Taoist Wizard>, <Tazza>, and <The Big Swindle>, to name a few. And I think it’d be safe to say that <Alienoid> was closest to <Jeon Woo-Chi> amongst Director Choi’s other works, with an addition of SF.

As mentioned, <Alienoid> had a stunning cast lineup. The film saw the likes of Ryu Jun Yeol, Kim Woo Bin, Kim Tae Ri, So Ji Sub, Yeom Jung Ah, Cho Woo Jin, Kim Eui Sung, Lee Hanee, and more! All of these actors are capable of being standalone main characters, and all actually have starred as main leads in previous works. And rightfully so, as the performances were great. 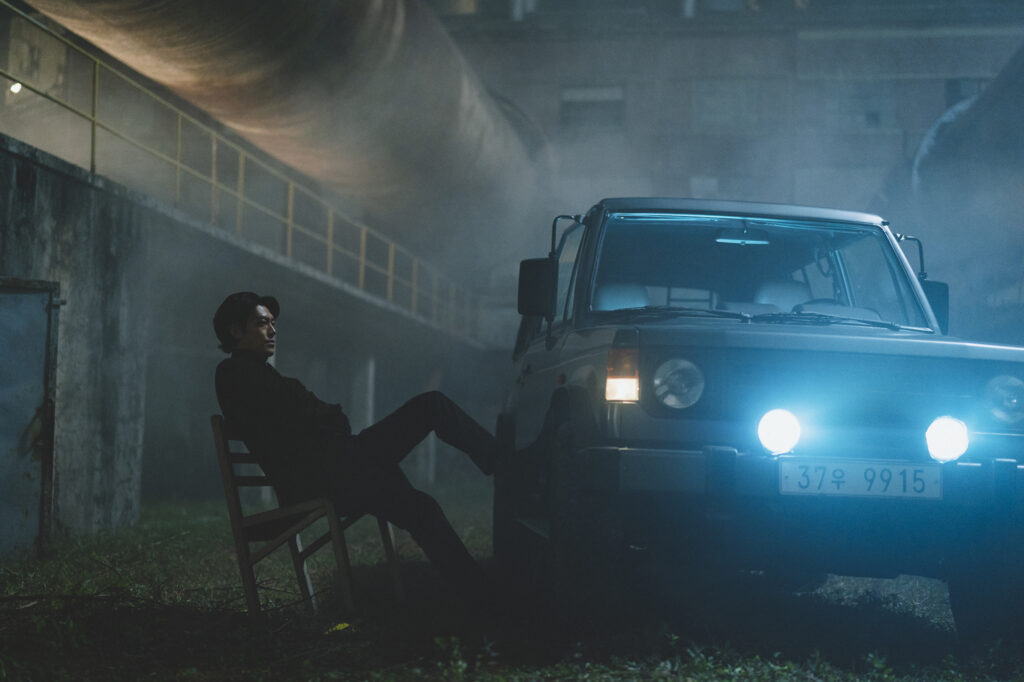 The synopsis is as follows:
In the present day of 2022, ‘Guard’ and ‘Thunder’ live on Earth, managing alien prisoners imprisoned in human bodies. One day, a spaceship suddenly appears over Seoul, and detective ‘Moon Do Seok’ witnesses a strange sight. Meanwhile, 630 years ago in Goryeo, ‘Moo Reuk,’ a Taoist wizard, and ‘Ian,’ a thunder-shooter, are in search for a mysterious sword with a huge bounty. At the same time, two Xians ‘Heuk Seol’ and ‘Chung Woon,’ as well as the masked man ‘Ja Jang’ are also after the same sword. There’s also an out-of-place spaceship, deep in the valley of Goryeo. Back in 2022, those chasing after the alien prisoners inside the humans appear, and in late 1391, the door to time opens as those after the mysterious sword appears.

<Alienoid> was one of the better sci-fi movies out of Korean cinema. We don’t see too many SF/fantasy films in Korea, so it’s nice when we get good ones. When compared to more mainstream, Hollywood films, such as Marvel’s <Iron Man>, it may not be at par; BUT it didn’t disappoint in the CG department. The fighting sequences between robots and aliens were very stylish and modern, and shows how far Korean CGI technology has come.

And just like how the movie showcased Korea’s talent in the field of CGI, the movie in general stylized the film in a very Korean way, combining two very different topics of Korean Taoists and aliens, and not to mention time travel. Although you may think that these don’t go well together, <Alienoid> proves you wrong and makes it work, in a very Korean way. If you are a fan of Korean culture and history, you’ll surely enjoy this.

Furthermore, as you can see from just the movie poster and as mentioned in the intro, there are SO MANY amazing actors. Ryu Jun Yeol’s bubbly goofiness, Kim Tae Ri’s unique awkward cuteness, Kim Woo Bin’s charismatic charm, and not to mention the humorous and fun supporting actors, all made up to make this a fun watch. Moreover, there were some entertainment found when trying to guess and figure out the voices of the robots.

<Alienoid> also had numerous funny scenes. It keeps you laughing throughout, and although I’m not a big fan of historical dramas, this one isn’t your typical historical film; and thus, was enjoyable. It had lots of action and comedy, and although the story may be hard to grasp fully, especially if unfamiliar with some of the historical/cultural terms, I believe it covered its grounds with the awesome action and CG it had. 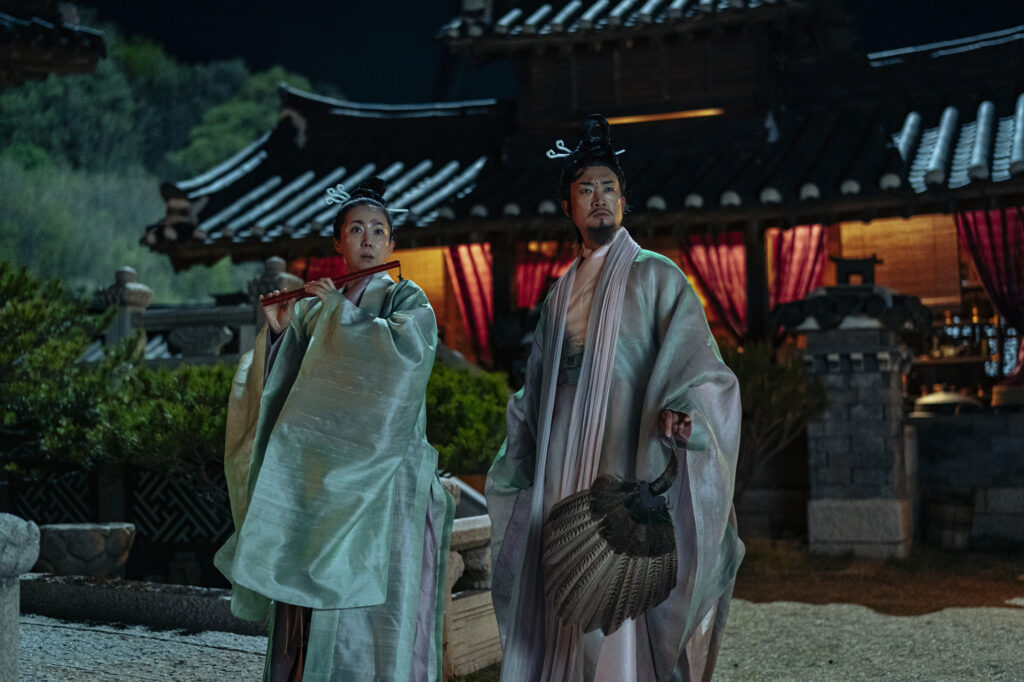 One thing that I found to be unfortunate about the movie is that it tried to cover too many things at once. From different time periods, such as Goryeo to modern-day, to subjects like aliens and martial arts, <Alienoid> tried to do a lot of things. And because of this, although they were generally able to pull it off, I can’t say they executed any one exceedingly well.

Also, it wasn’t only with the themes and topics, but also with its characters that the film had an abundance of. As mentioned before, there were numerous actors, and although their performances were great, because the film introduced so many different characters, it did get a little confusing and felt disorganized – especially when they were traveling across time. It’s a good thing they divided the overall story into different parts, as this was just part 1. If they tried to put all parts into a single movie, it would’ve been even more all over the place. 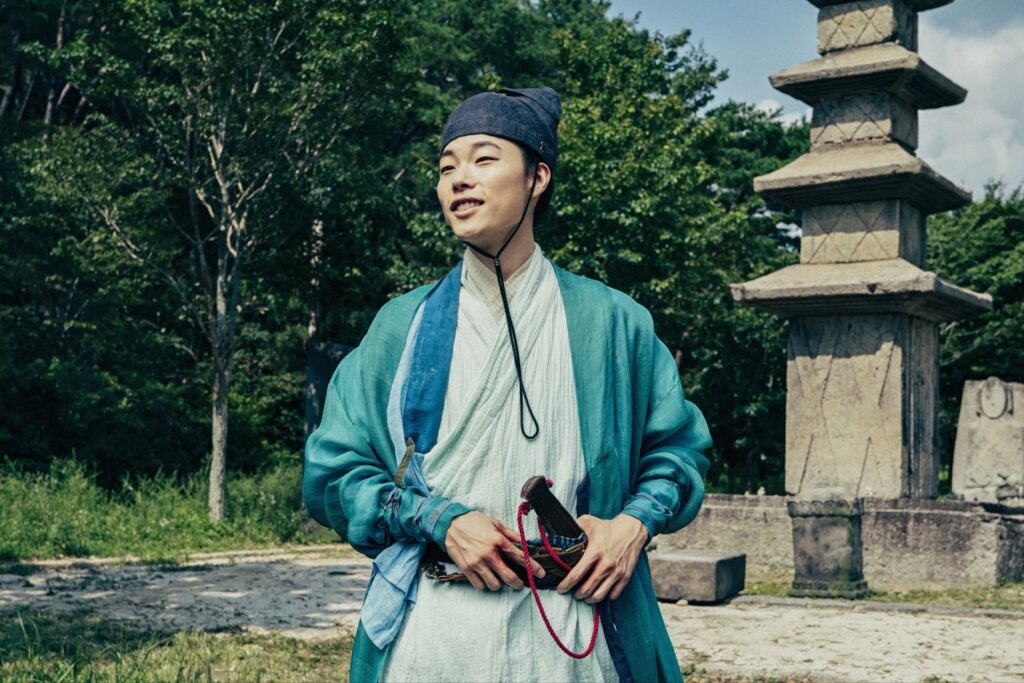 <Alienoid> was definitely a very different film. It was not only different in the sense of Korean cinema, but just cinema in general. Combining various different topics and time periods was very strange and odd, but they somehow made it work. It was like a blur between past, present, future, and if you’re a fan of SF, action, and/or historical pieces, and enjoy humor in your films, then I definitely recommend giving this a go.